The world is still reeling from the release of the James Webb Space Telescope‘s (JWST) first images. These provided a comprehensive overview of the kind of science operations that Webb will conduct over its 20-year mission. They included the most sensitive and detailed look at some iconic astronomical objects, spectra from an exoplanet atmosphere, and a deep field view of some of the most distant galaxies in the Universe. Since their release, we’ve also been treated to glimpses of objects in the Solar System captured by Webb‘s infrared instruments.

Meanwhile, the JWST collaboration released a full report titled titled “Characterization of JWST science performance from commissioning,” in which they examined everything Webb has accomplished so far and what they anticipate throughout the mission. This paper recently appeared online and covers everything from the telescope’s navigation and pointing to the performance of its many instruments. An interesting tidbit, which was not previously released, is how Webb suffered a series of micrometeoroid impacts, one of which caused “uncorrectable change” in one mirror segment. 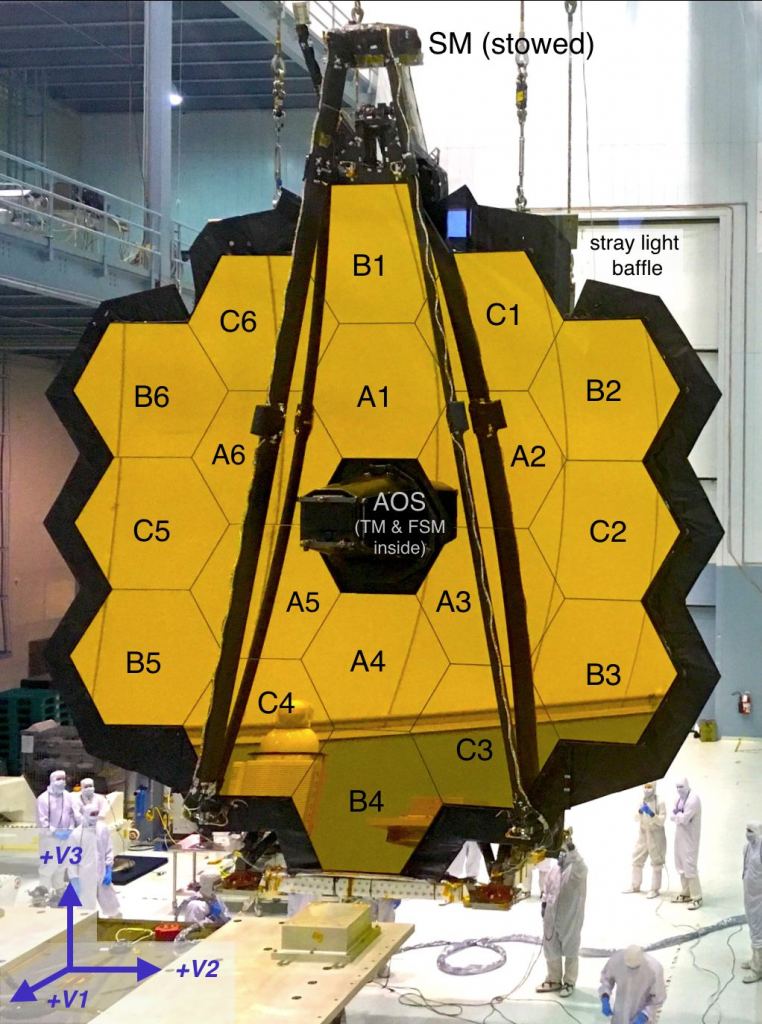 The main components of the JWST’s primary mirror. Credit: NASA/STScI

The paper they compiled assesses the JWST performance during the six-month commissioning period before it entered service on July 12th, 2022. This consisted of characterizing the observatory’s on-orbit performance, the JWST’s design and architecture, and the pre-launch predicted performance. These were then compared to the performance of the spacecraft, telescopes, science instruments, and ground system. Section 4 of the Report, Optical Performance, addresses how Webb’s various instruments functioned during the commissioning period.

The JWST’s primary mirror consists of eighteen hexagonal segments arranged in a honeycomb configuration. Each segment is composed of gold-plated beryllium, and all are aligned to ensure the highest resolution and sensitivity possible. The overall performance is measured in terms of Wavefront Error (WFE), which refers to how light collected by the telescope’s mirrors deviates from the expected wavelength of light. The overall extent is determined by calculating the collected light’s deviation from the Root-Mean-Square (RMS) error – the spherical average of the entire wavefront.

This is expressed mathematically using the units of the particular wavelength, measured in nanometers (nm) when dealing with Infrared wavelengths. Section 4.7 addresses micrometeoroid impacts and their potential effect on Webb’s long-term optical performance. The assessment begins by reminding readers that any spacecraft will inevitably encounter micrometeoroids, then lists how several impacts were expected during the commissioning period:

“During commissioning, wavefront sensing recorded six localized surface deformations on the primary mirror that are attributed to impact by micrometeoroids. These occurred at a rate (roughly one per month) consistent with pre-launch expectations. Each micrometeoroid caused degradation in the wavefront of the impacted mirror segment, as measured during regular wavefront sensing. Some of the resulting wavefront degradation is correctable through regular wavefront control; some of it comprises high spatial frequency terms that cannot be corrected.”

They further indicate that these micrometeoroid impacts were detected so far through wavefront sensing. Five of the six detected impacts had negligible effects, contributing to a combined total of less than 1 nanometer to the overall wavefront error. However, the remaining impact, which occurred between May 22nd and May 24th, caused a “significant uncorrectable change” in the overall figure of segment C3. This segment is located on the lower right side of Webb’s primary mirror (when seen from the front), and the effect is illustrated in the Report (see image above).

Luckily, the overall effect was small since only a small portion of the telescope area was affected by it. The mission teams also conducted two realignment steps to correct for the impact, which brought the telescope alignment to a minimum of 59 nm RMS, which is about 5 to 10 nm above the previous best wavefront error RMS values. The authors of the Report also go on to note that “drifts and stability levels” in the telescope typically result in a “telescope contribution” of between 60 (minimum) to 80 nm RMS – at which point, wavefront control is typically performed.

They also explain that it is unknown at this time whether or not the May 2022 impact to segment C3 was rare or something that can be expected to happen frequently throughout JWST’s mission. As they state, this is essential if the JWST mission teams hope to determine if the telescope will be more susceptible to damage by micrometeoroids than pre-launch modeling predicted:

“The project team is conducting additional investigations into the micrometeoroid population, how impacts affect beryllium mirrors, and the efficacy and efficiency tradeoffs of potential mitigations such as pointing restrictions that would minimize time spent looking in the direction of orbital motion, which statistically has higher micrometeoroid rates and energies.” 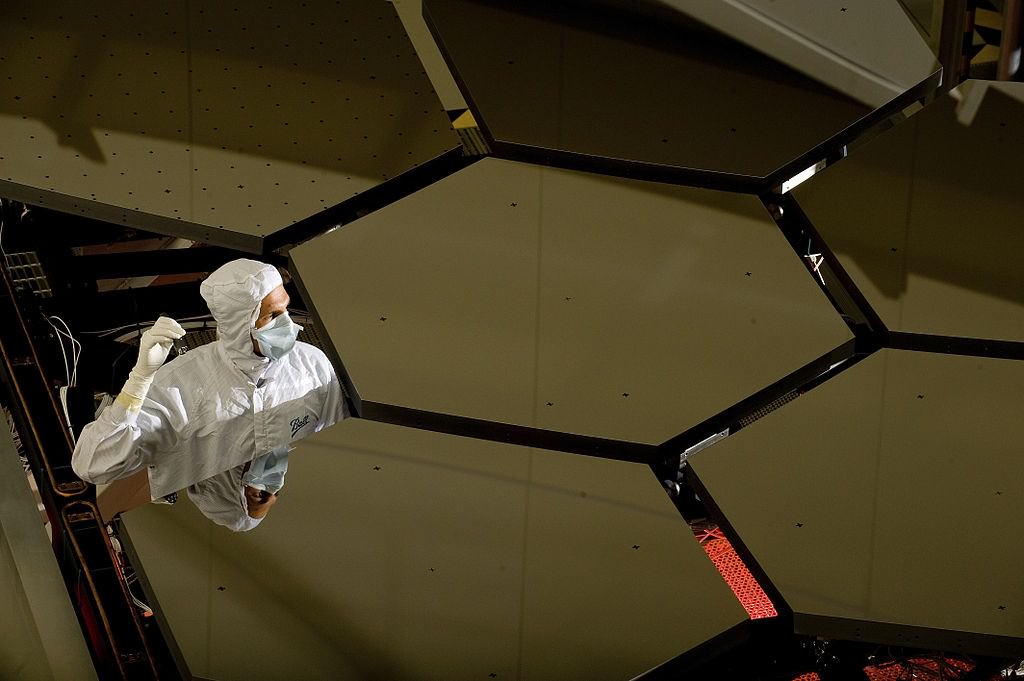 A primary mirror segment of the James Webb Space Telescope, made of beryllium. Credit: NASA/MSFC/David Higginbotham/Emmett Given

To summarize, the impact on the C3 segment raised concerns among the mission controllers. But the upside is that it was nothing they couldn’t address and is not expected to affect Webb’s long-term science operations. As the Report summarizes:

“The key outcome of six months of commissioning is this: JWST is fully capable of achieving the discoveries for which it was built. JWST was envisioned ‘to enable fundamental breakthroughs in our understanding of the formation and evolution of galaxies, stars, and planetary systems’… we now know with certainty that it will. The telescope and instrument suite have demonstrated the sensitivity, stability, image quality, and spectral range that are necessary to transform our understanding of the cosmos through observations spanning from near-earth asteroids to the most distant galaxies.”

Moreover, the Report’s authors conclude that the JWST’s performance has been better than expected, almost across the entire board. In terms of the optical alignment of its mirrors, the point spread function, the time-stability of its imaging, and the fine guidance system that points the observatory, Webb has exceeded expectations. They also indicate that the mirrors are cleaner, and the science instruments have generally provided higher total system throughput than pre-launch expectations. All of this adds up to some optimistic appraisals:

“Collectively, these factors translate into substantially better sensitivity for most instrument modes than was assumed in the exposure time calculator for Cycle 1 observation planning, in many cases by tens of percent. In most cases, JWST will go deeper faster than expected. In addition, JWST has enough propellant on board to last at least 20 years.”

The JWST Collaboration stated that further details will be presented in a planned series of papers. These will appear in a special issue of the Publications of the Astronomical Society of the Pacific (PASP) dedicated to the JWST.

The post You can see Where JWST Took a Direct hit From a Micrometeorite on one of its Mirrors appeared first on newsastronomy.com.