News Astronomy > News > What is ISRU, and How Will it Help Human Space Exploration?

As Artemis 1 prepares for its maiden launch with the goal of putting astronauts back on the Moon’s surface within the next few years, the next question is how will astronauts live and survive its surface? Will we constantly ferry all the necessary supplies such as water and food from Earth, or could astronauts learn to survive on their own? These are questions that a discipline known as ISRU hopes to answer both now and in the years to come. But what is ISRU, and how will it help advance human space exploration as we begin to slowly venture farther away from the only home we’ve ever known?

“ISRU stands for in situ resource utilization where in situ basically means ‘in place or from the original place’,” said Bailey Burns, a System Engineer with Paragon Space Development Corporation, who also received a Master of Science in Space Resources from the Colorado School of Mines. “This basically is talking about using the resources that are there. This is a really big topic as we talk about space exploration because we can’t bring everything with us from Earth when we go to space. One of the largest reasons for this is the gravity well of Earth. To escape Earth’s gravity takes a lot of rocket power. They are estimating that it takes about $10,000 to put 1 kg into space. The short answer is ISRU is about living off of what’s in space to provide a permanent and sustainable human presence in space.” 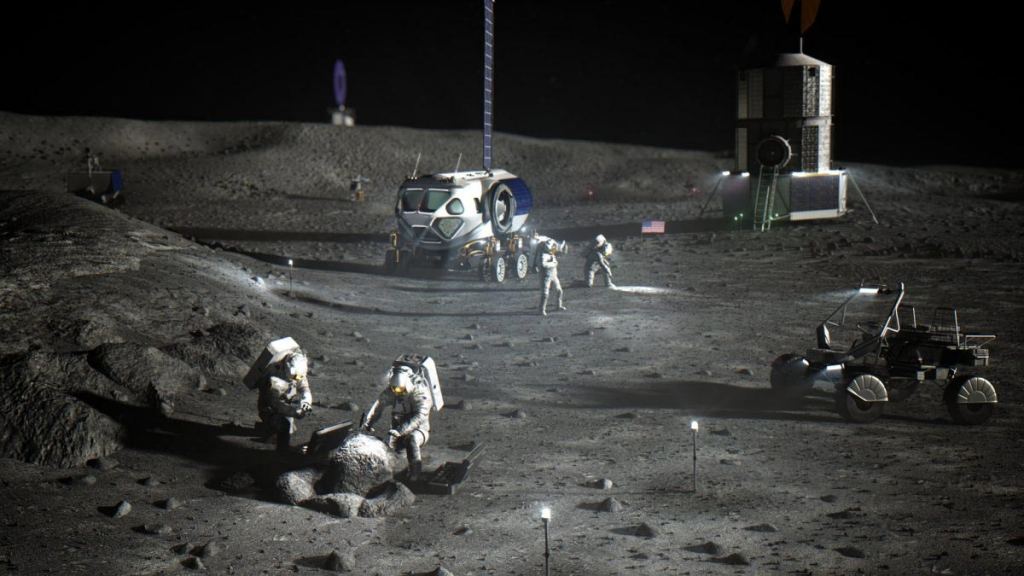 Artist concept of Artemis astronauts on the Moon. NASA’s Artemis missions will establish the necessary technologies in preparation for human exploration to Mars. (Credit: NASA)

Dr. Norman Wagner, who is the Unidel Robert L. Pigford Chair in Chemical Engineering at the University of Delaware, believes that both landing pads and habitats are the two most important aspects the Artemis crewed missions should focus on when they first get to the Moon. He says this is due to rocket exhaust being able to “create projectiles”, while radiation and thermal shielding also being necessary or “we will be living underground.”

As stated, the Artemis astronauts will require both food and water to survive on the Moon, but how will they get both without constant resupply from Earth? A recent study explored how Moon dust can be turned into cement to build structures such as landing pads, but what about water and food? One possible avenue is growing it in the lunar regolith itself, which a recent study attempted with lunar regolith returned from the Apollo missions with marginal success. For water, the south pole of the Moon has been designated as a possible landing site for Artemis 3 astronauts due to its water ice content deep within some of its craters, specifically Shackleton Crater.

While the Moon lacks an atmosphere, it is currently hypothesized that pockets of water ice might exist within the depths of these craters due to the lack of sunlight reaching it. This is because the Moon’s axial tilt is only about 5 degrees relative to its orbit, meaning there are places at both poles that either receive constant sunlight, or none at all. Water is by far the most important need for humans, and water ice found on the Moon can not only be used for drinking and bathing, but can also be electrolyzed to make oxygen, as they currently do in the International Space Station.

“In terms of Artemis, I do believe what we’re doing right now is the best approach,” said Burns. “We really need to figure out how to utilize water best. After all, we are talking about having a human space presence and humans can only go three days without water. This makes this one of the largest concerns for humans in space. I think the next big areas will be figuring out how to use lunar regolith as a building material such as concrete here on Earth and utilizing helium 3 as a clean energy source.”

While Artemis astronauts will only be a few days from Earth in case something goes wrong, future astronauts going to Mars won’t be so lucky. It’s a six-month journey each way depending on the alignment of Earth and Mars, so ISRU will play an even bigger role there than on the Moon. 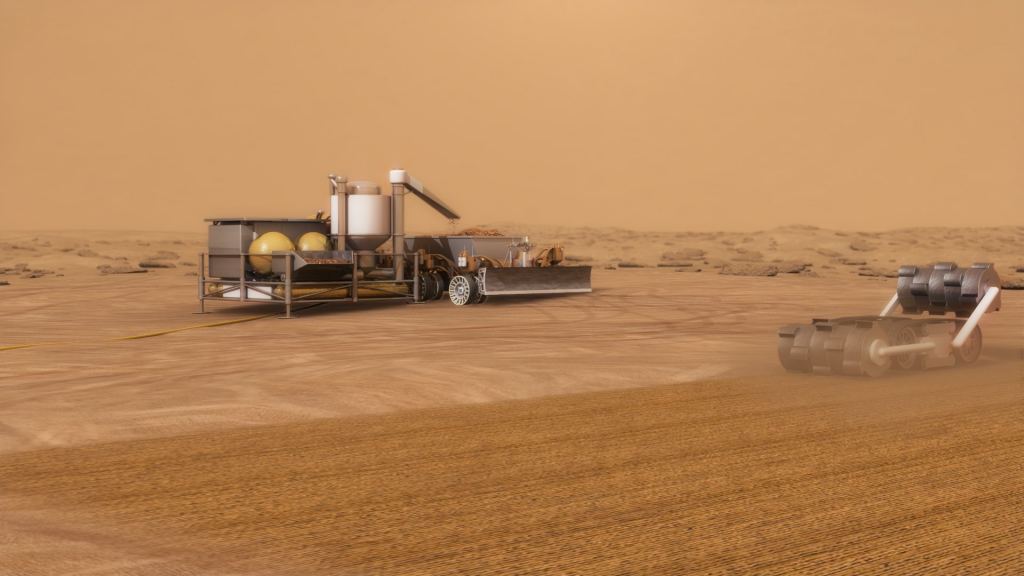 “ISRU is going to be really beneficial to the Moon and Mars,” said Burns. “We’ve already talked about a few of the resources we can find there. Another one for Mars specifically is the abundance of carbon dioxide in the atmosphere. Now. It would be better if it had oxygen for us like Earth but having tons of CO2 is the next best thing. That means we don’t have to transport oxygen from Earth to Mars, which is really expensive, we just need to work on technology such as MOXIE which turns CO2 back into oxygen for us to breathe. Of course, with a carbon byproduct as well. The reason all of this is super beneficial, as I mentioned, it’s because it means we don’t have to bring these things from Earth, and we can have truly sustainable space civilizations on the Moon and Mars.”

The post What is ISRU, and How Will it Help Human Space Exploration? appeared first on newsastronomy.com.