News Astronomy > News > Want to Own a Meteorite from Geoff Notkin’s Personal Collection?

For nearly 30 years Geoff Notkin has traveled the world in search of meteorites, those ancient relics from outer space that have fallen to Earth. He shared his adventures on the Science Channel series “Meteorite Men,” and through lectures and appearances across almost every continent, he has sparked interest in space science and exploration. He has been a devoted meteorite hunter and collector, amassing a large collection. But now, after much deliberation, Notkin has decided to auction off some of his personal meteorite collection, as well as other personal items.

Of course, our first question was, why? Is he leaving the field of meteorite hunting? 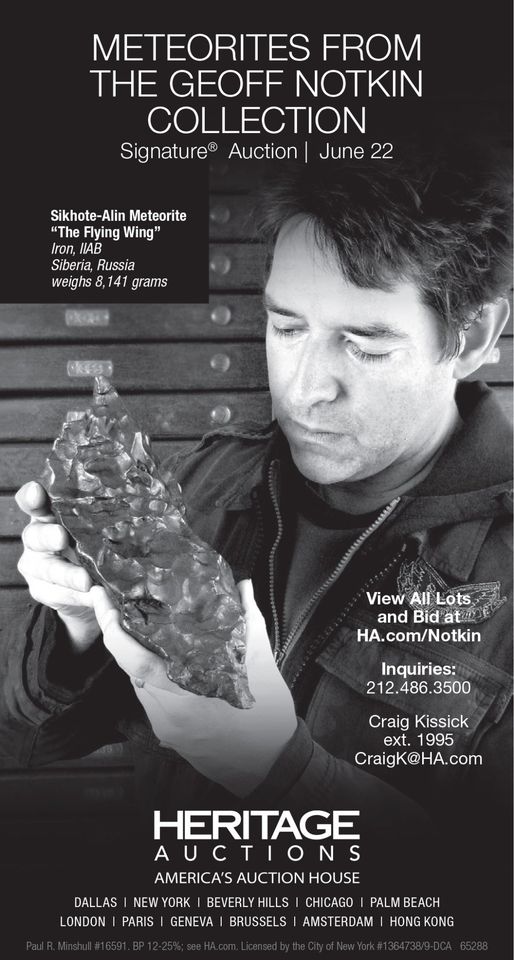 ‘Poster’ for the Geoff Notkin Collection at Heritage Auctions.

“Meteorites have been the great passion of my life,” Notkin said via phone from his home. “But now, I really would like to see the collection go out into the world, find new homes and be enjoyed by other people. Some of these extraordinary, unusual, and beautiful pieces have only been seen by the person who collected them, and I don’t feel like I would be doing any justice by keeping them in a vault or a display cabinet. These exquisite meteorites deserve to be out in the world to be admired.”

A portion of proceeds from the auction will be donated to some of Notkin’s favorite charities and nonprofits, including Beads of Courage and Texas Through Time.

Geoff Notkin showcases some of the meteorites in his collection that are up for auction.

Notkin, an author, adventurer, photographer, and Telly and Emmy-award winning television host and producer — as well as meteorite recovery specialist — said he is not leaving the world of meteorites behind. He still owns his meteorite store, Aerolite Meteorites, and said he could never turn his back on meteorites.

“I have an enormous amount of gratitude to the meteorite field and for all the expeditions that I’ve been on, and I promise you that I’ll keep some of a couple of favorites,” he said. “But as we grow and change — and yes age – there are other interests in my life that I’d like to devote time to. But new interests don’t mean that we have to give up an old interest, perhaps we just add a new one!” 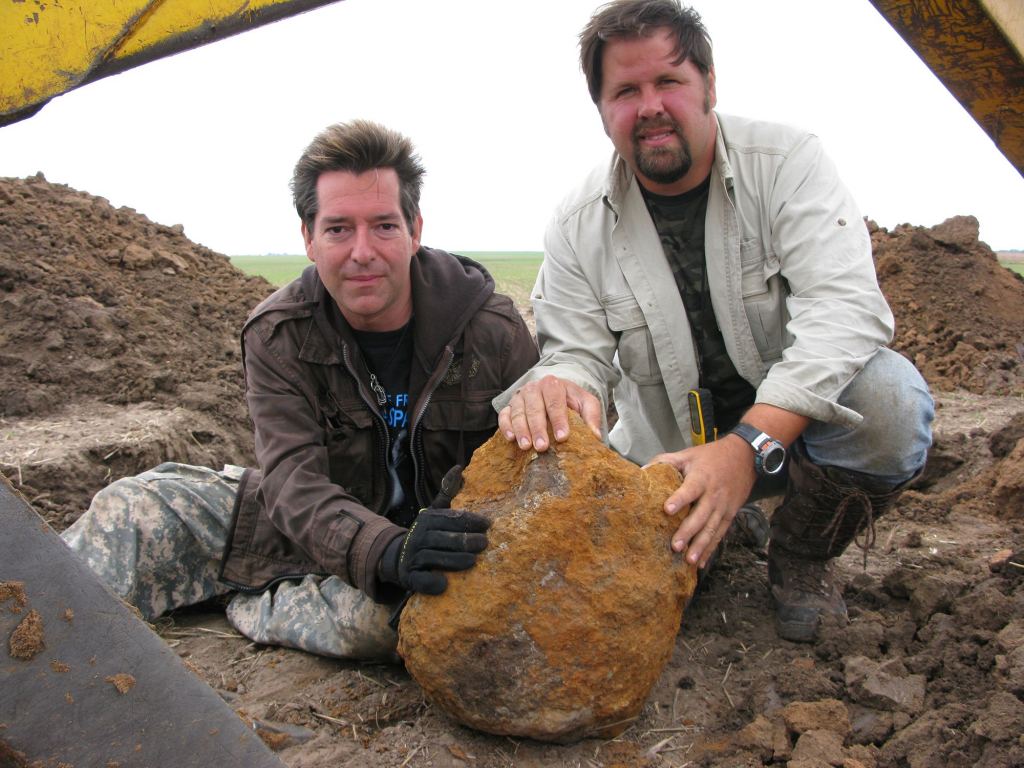 The 136 lots in “The Geoff Notkin Collection” are meteorites from locations around the world.

“They represent to me the very, most enthralling, the most beautiful and interesting pieces that that I’ve found, acquired, or traded over the past 30 years,” Notkin said. “Hopefully, a few of them might go to university collections or museum collections, as that would make me very happy. Most important to me is that they can be seen and enjoyed by the public.”

“This collection is an enormously important assemblage, one of the finest in the world and one that top collectors have been waiting years to see,” said Craig Kissick, Heritage Auctions Nature & Science Director. “Geoff Notkin is not just a TV personality who happened to talk about meteorites. He has spent his life studying meteorites, traveling all over the world to assemble a collection worthy of display in any museum. His passion and love for meteorites is clear when looking at the scope and breadth of this assortment, especially when realizing so many specimens in the collection are the best known examples of the type for the size.”

Here are just some of the featured items in the auction: 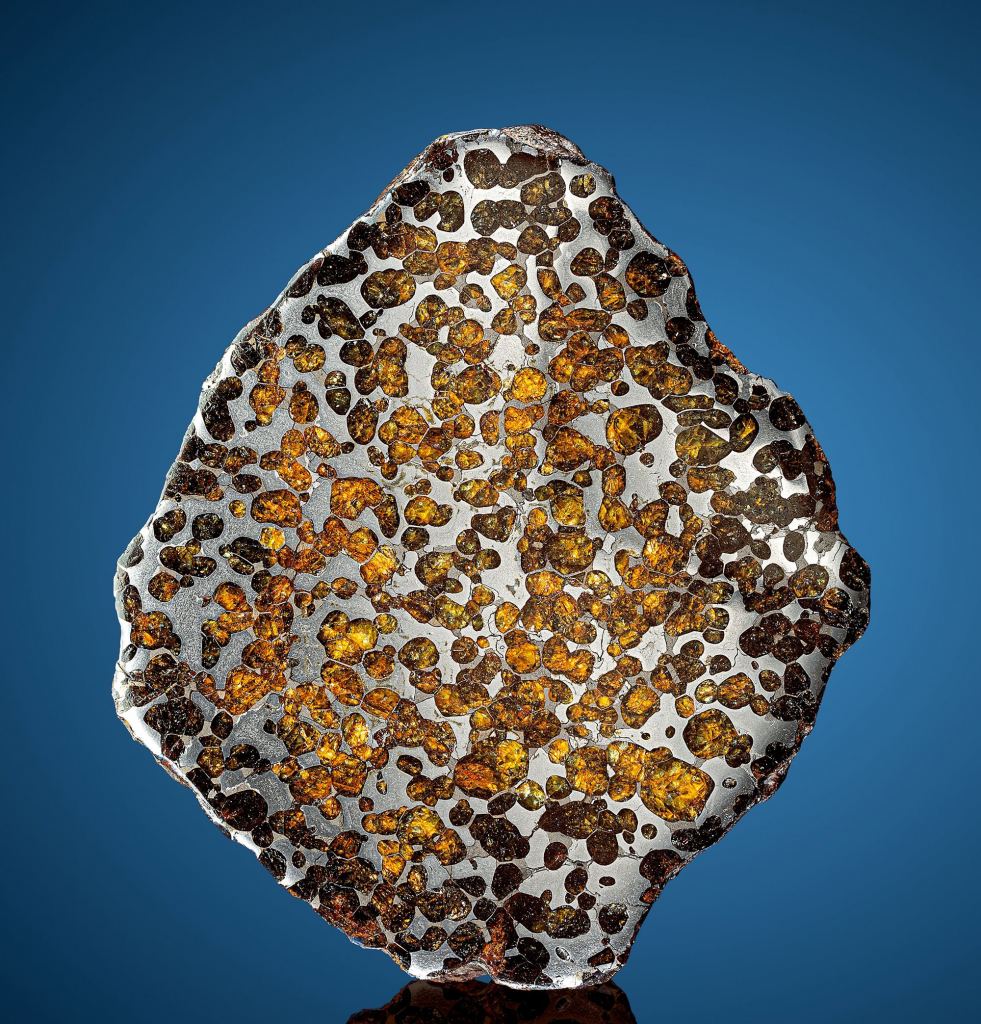 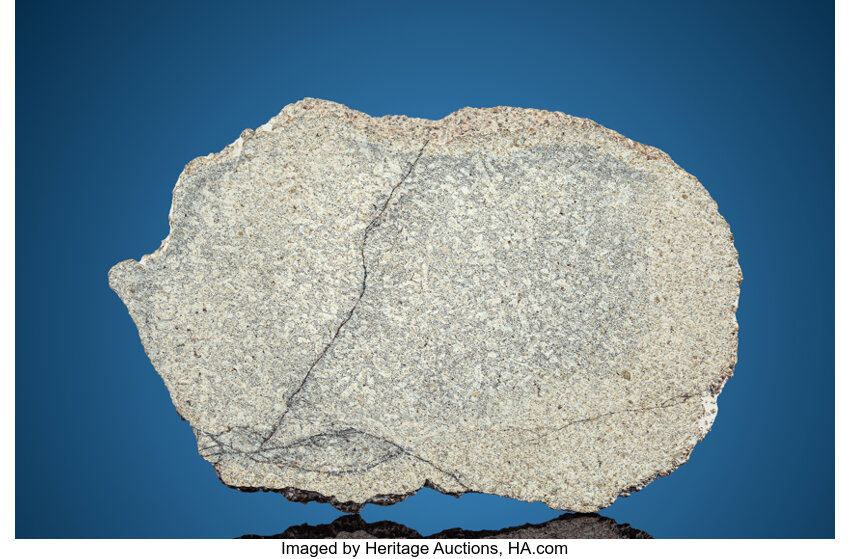 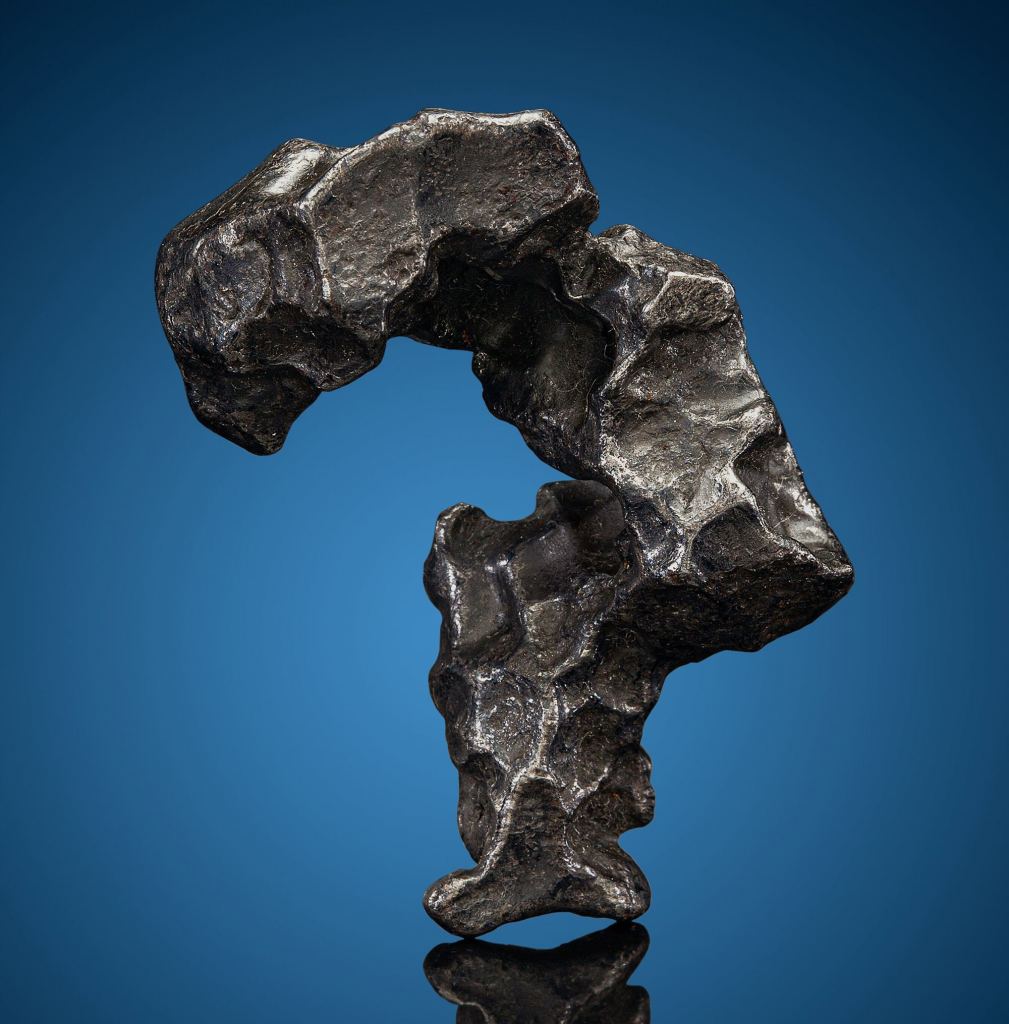 A Sikhote-Alin, an iron meteorite that fell on the Sikhote-Alin mountains in southeastern Russia, in 1947, (estimate $725.) Imaged by Heritage Auctions, HA.com

In addition to meteorites, there are also personal items, such as Notkin’s own metal detector, the vest he wore during expeditions for “Meteorite Men” filming and even his own guitar (yes, he plays!) 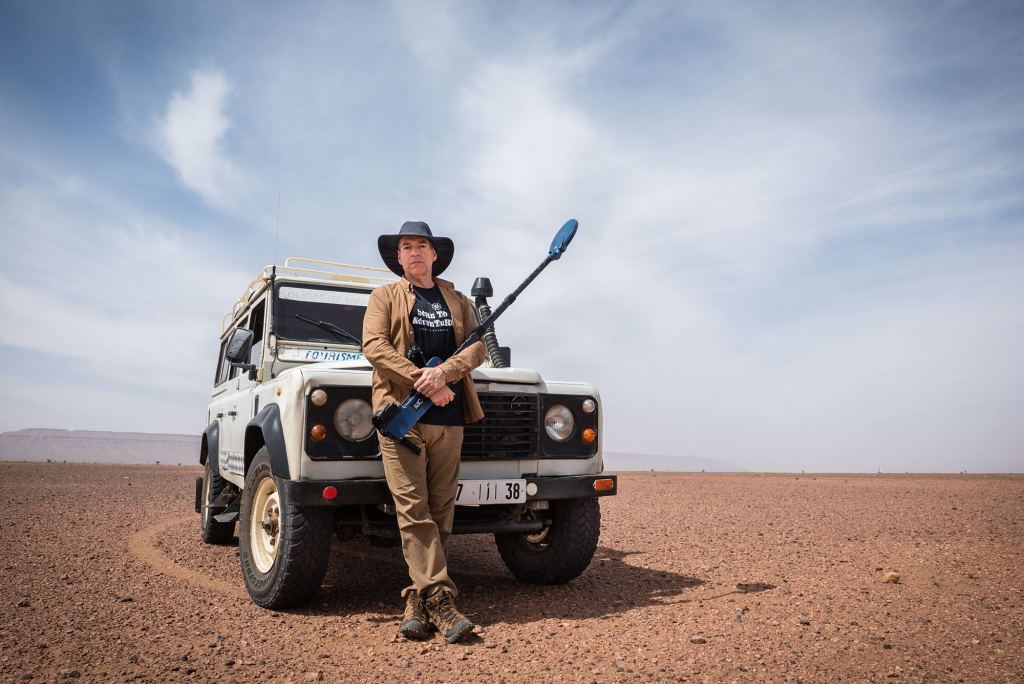 Notkin said that several things in his life came together, prompting him to make the decision to sell part of his collection.

“The pandemic gave me time to sit still and reflect,” he said. “And as I enter my 60s, I think back on how I’ve had a very busy life, full of travel, expeditions, filming and science writing. I haven’t stopped to take a breath very often, and I realized I would like to stay still for a bit! I’ve been searching for meteorites for almost 30 years, and I have so many other interests, too.  So, it’s not it’s at all a case of me being bored with meteorites, as I’ve had such a fulfilling career in the field. But it’s just time for me to explore other interests.” 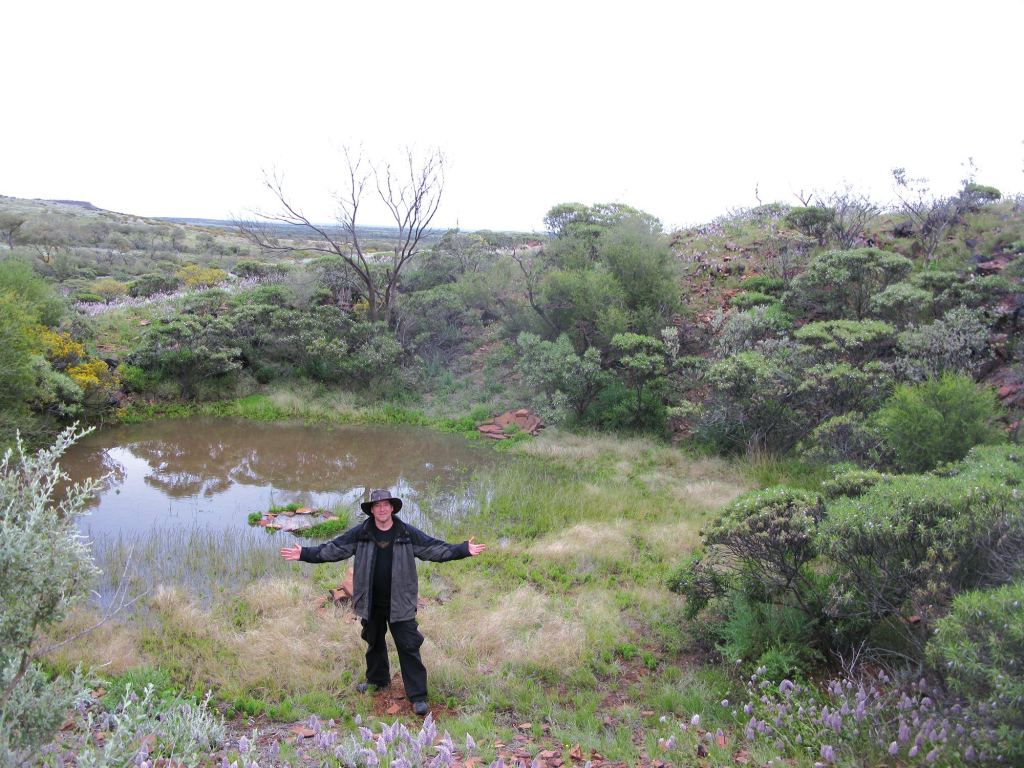 Notkin said he wants to go back to school and get his master’s degree so that he can teach. “I’m an art school graduate who fell in in love with the sciences,” he said. “One of my life goals now is to teach art at the college level.”  Notkin also wants to get involved with locally oriented projects like community theater, working with plant and animal and ecology enthusiasts, and helping to restore natural habitats.

Notkin was first enthralled by meteorites at the age of six when his mother brought him to a museum exhibit in the UK, showcasing rocks from space. His first thought was that one day, he wanted to have his own meteorite.

“My childhood dream definitely came true!” he said. “My cup of experience is very full, and I’m immensely grateful for that. And while I still have plenty of drive and enthusiasm for life and travel and adventure, I’m going to explore some new and different areas.”

The post Want to Own a Meteorite from Geoff Notkin’s Personal Collection? appeared first on newsastronomy.com.