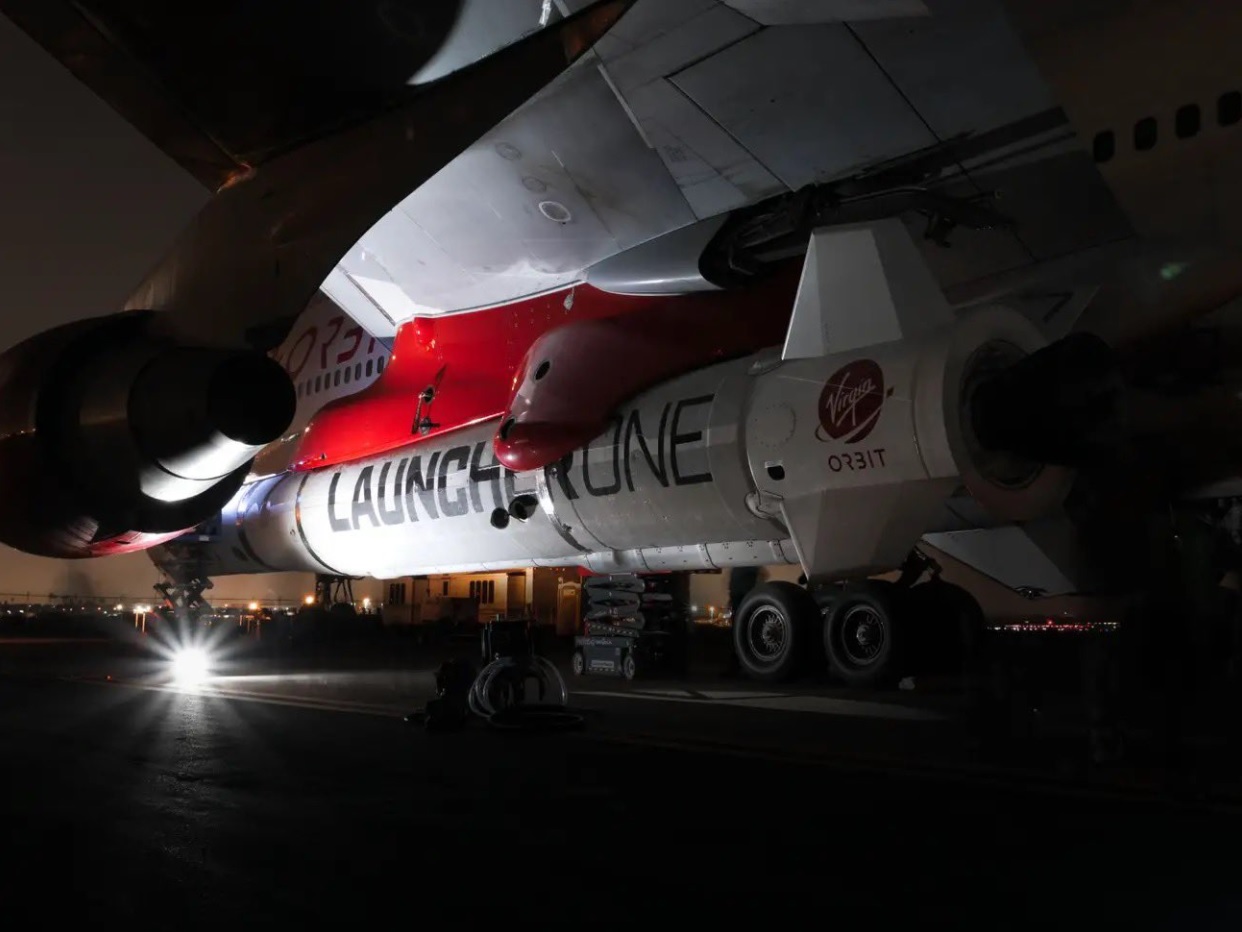 Virgin Orbit is expected to launch the fifth flight of the LauncherOne rocket as early as 10:00 PM PDT on June 29 (05:00 UTC on June 30). The mission, named Straight Up, consists of seven satellites from the US Space Force and NASA that are destined for low Earth orbit.

Straight Up is Virgin Orbit’s first nighttime launch, with the launch window extending until 2:00 AM PDT (09:00 UTC). The launch was procured by the Space Force’s Rocket Systems Launch Program, with payloads provided by the Space Test Program. The USSF designation for the mission is STP-S28A. Two of the satellites are also part of the ELaNa (Educational Launch of Nanosatellites) 39 mission for NASA.

All seven satellites will be deployed into a low Earth orbit at an altitude of 500 km, inclined 45 degrees. This is the same orbit that LauncherOne reached on the Above the Clouds mission in January. Like all previous LauncherOne flights, the Cosmic Girl carrier aircraft will depart from Mojave Air and Space Port in California and fly out over the Pacific Ocean to release LauncherOne.

The first payload on board Straight Up is the Compact Total Irradiance Monitor-Flight Demonstration (CTIM-FD), a 6U CubeSat that is being launched as part of the ELaNa 39 mission. CTIM-FD was developed by the Laboratory for Atmospheric & Space Physics at the University of Colorado Boulder.

The objective of CTIM-FD is to aid the development of new, smaller technologies to measure Total Solar Irradiance, which is the amount of incident solar radiation that the Earth receives from the Sun. These measurements are crucial for predicting local weather as well as studying global climate change.

NASA Langley Research Center’s GPX-2 satellite will also be on board, as it was also selected for the ELaNa 39 mission. GPX-2 is a 3U CubeSat designed as a test bed for commercial-off-the-shelf differential global positioning systems. These systems are planned to enable small satellites to conduct proximity operations in orbit, such as on-orbit assembly, docking, and formation flying.

Recurve is another satellite on board Straight Up, developed by the US Air Force Research Lab. Recurve is to demonstrate adaptive radio frequency capabilities, including the evaluation of mesh network behavior across diverse nodes to efficiently route data to military personnel. Recurve will also assess inherent positioning, navigation, and timing capability.

The Aerospace Corporation is providing the Slingshot 1 satellite, a 12U CubeSat with the goal of simplifying satellite communication architecture. The satellite uses the SatCat5 data interface, which uses ethernet-type connections to connect different payloads on board the spacecraft. 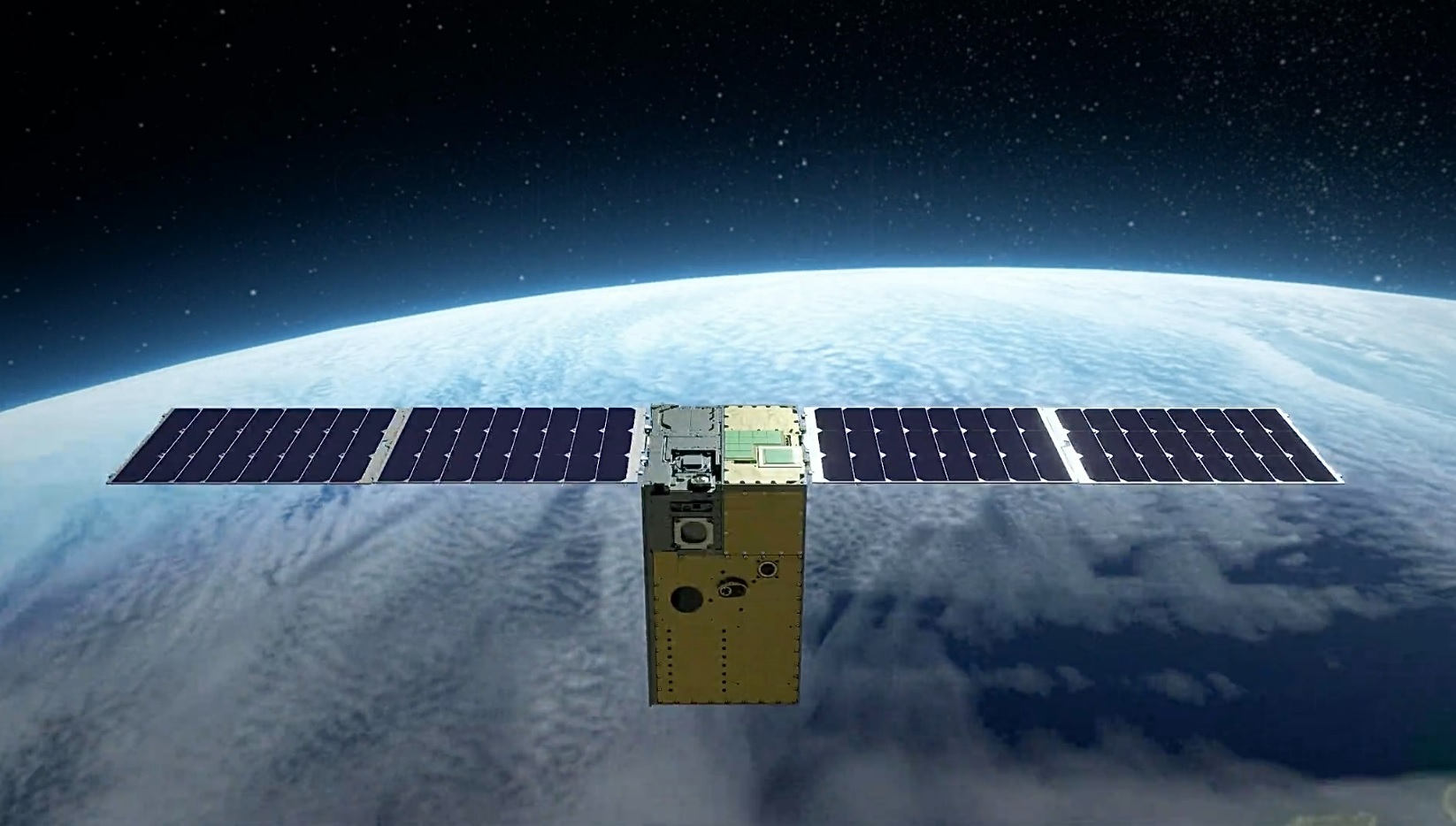 Render of Slingshot-1 in orbit. (Credit: The Aerospace Corporation)

Experiments on board Slingshot 1 include an attitude control system experiment, a GPS transponder for space traffic management, a hydrogen peroxide thruster, and a laser communications downlink system.

Another payload on board Straight Up is NACHOS-2, a 3U CubeSat from Los Alamos National Laboratory. NACHOS-2 is a qualification model for the original NACHOS spacecraft, with both units now having earned rides to space.

NACHOS launched on the Cygnus NG-17 mission to the International Space Station in February 2022 and will be deployed from the Cygnus spacecraft in the coming days, after the vehicle departed the ISS on June 28. The goal of both NACHOS and NACHOS-2 is to detect, map, and quantify Earth’s trace gasses to aid volcanology and climate change research.

The MISR-B payload is a CubeSat with the mission of demonstrating two-way communications and other small satellite capability experiments for the US Department of Defense. The final payload on board is Gunsmoke-L, also known as Lonestar, a single payload from the US Army Space Missile Defense Command that will separate into two 6U CubeSats after deployment.

The LauncherOne rocket tasked with delivering these payloads to orbit departed Virgin Orbit’s factory in Long Beach, California on April 28. After arriving in Mojave, the rocket was integrated with the Boeing 747-400 carrier aircraft named Cosmic Girl, and teams completed a full launch rehearsal. 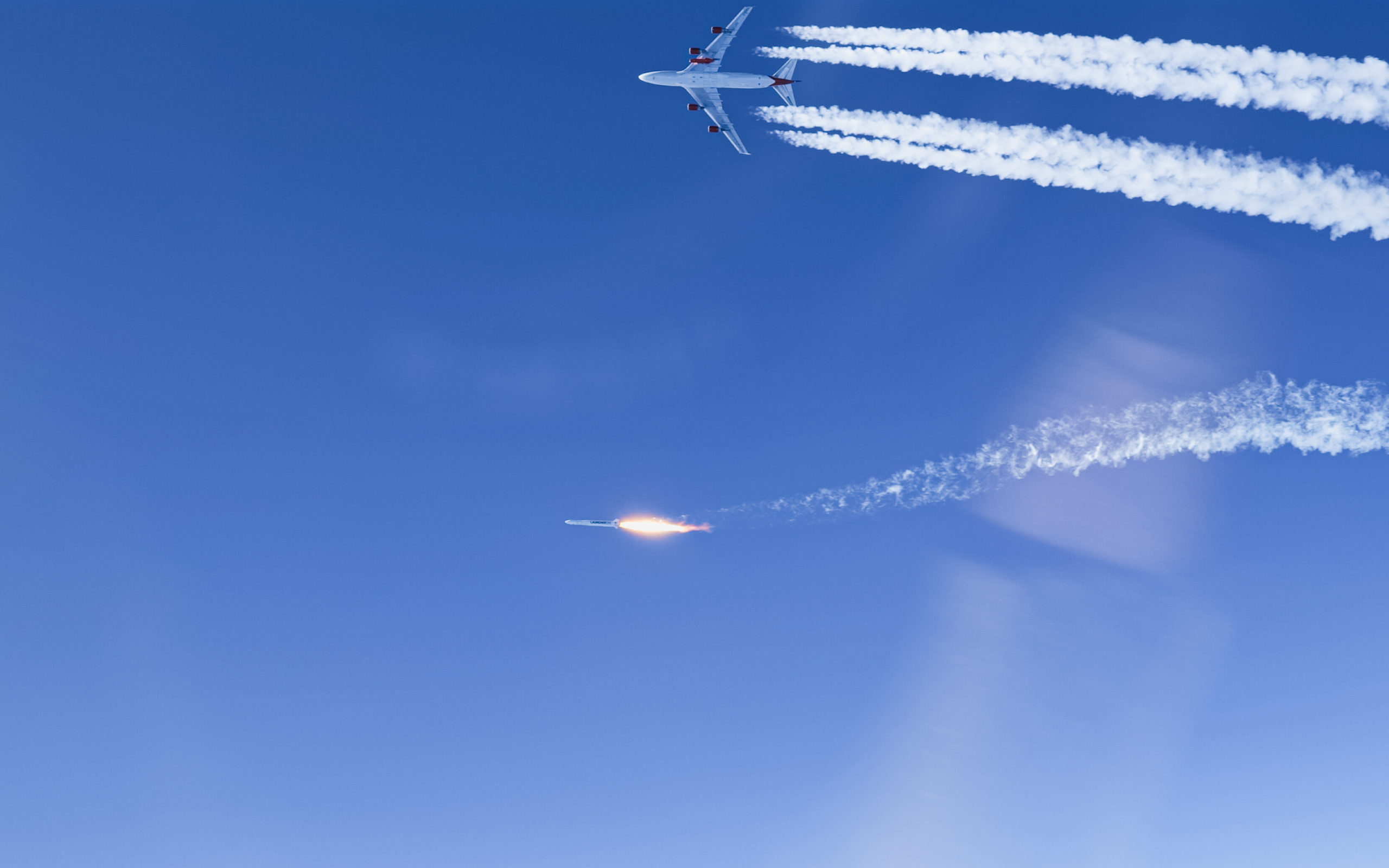 On launch day, Cosmic Girl departs from Mojave and flies west toward the Pacific Ocean. The aircraft will then turn southeast to align itself with the azimuth needed to reach a 45-degree inclination orbit.

Seconds after dropping from Cosmic Girl, the rocket will ignite its NewtonThree kerolox engine to begin the climb toward space. This engine produces 326.8 kN of thrust and fires for about three minutes.

After propellants on stage one are depleted, the second stage will ignite its NewtonFour engine, also fueled by kerosene and liquid oxygen, and burn for about six minutes. During this burn, the payload fairing will also separate.

After SECO-1, the upper stage will coast for about 20 minutes before a brief second burn to circularize the vehicle’s orbit. Just over half an hour after the rocket was released from Cosmic Girl, the seven satellites on board will be deployed into orbit to begin their missions.

The post Virgin Orbit to launch seven satellites for US Space Force and NASA appeared first on newsastronomy.com.