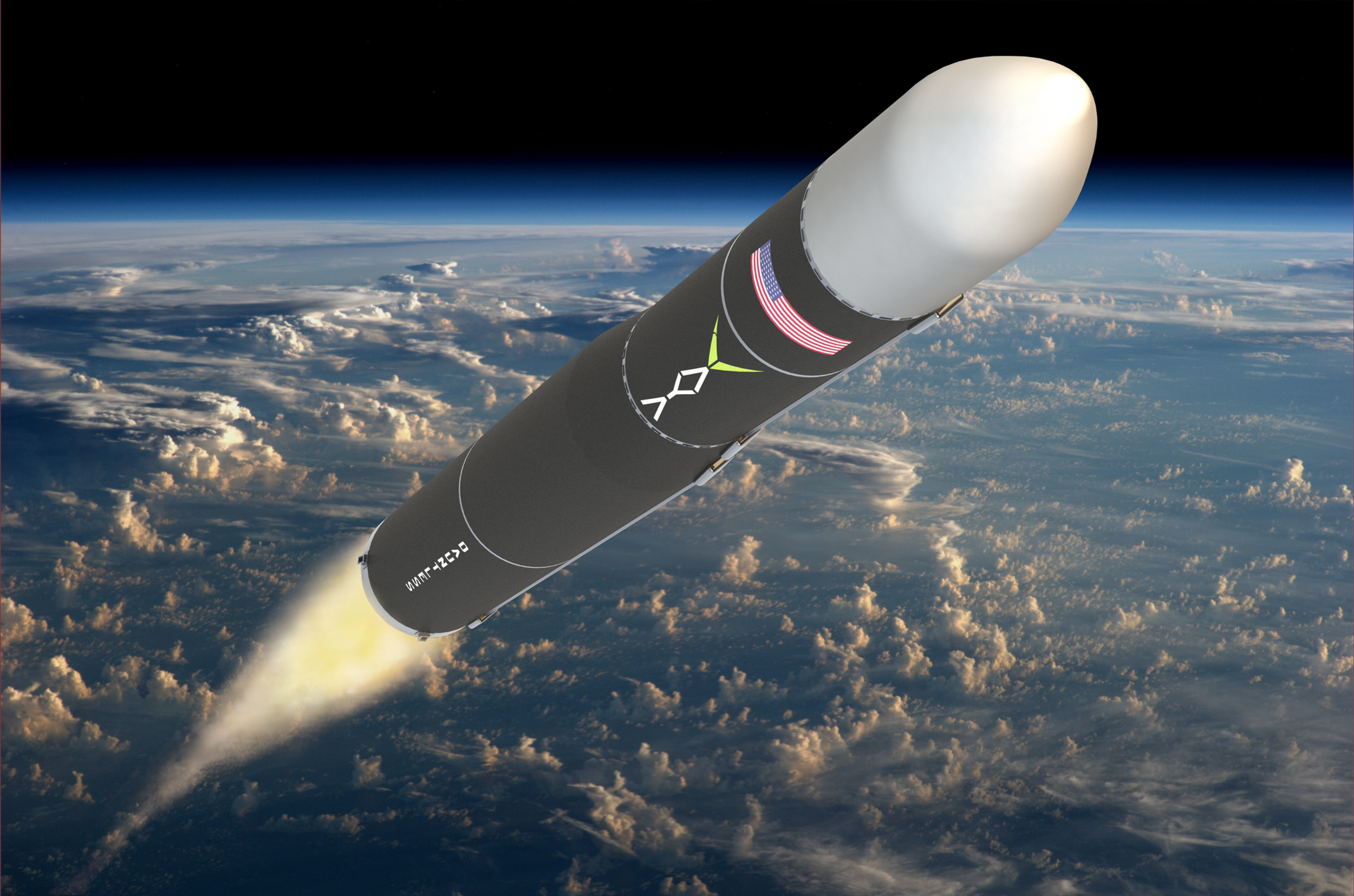 Vaya Space, a developing small satellite and technology company (formerly Rocket Crafters), is deep into the development of their STAR-3D vortex hybrid engine that will be used on the company’s Dauntless rocket.

The company recently announced a multifaceted agreement with NASA for use of Kennedy Space Center and Stennis Space Center facilities for engine demonstration and testing as well as the signing of an exclusive launch contract with All2Space of Brazil for the launch of their CubeSat constellation as early as 2023.

The missions announced for All2Space will launch on Vaya Space’s Dauntless rocket, a small satellite launcher capable of taking over 600+ kg to sun-synchronous orbit (SSO), or over 1,000+ kg to low earth orbit (LEO).

Both stages will be powered by Vaya Space’s new vortex hybrid engine, the STAR-3D. This 3D printed solid-liquid propellant engine uses thermoplastics as a solid fuel that is only ignitable/combustible when in the presence of liquid oxygen (LOX) and given an ignition source.

The engine has been static fired over 100 times and successfully flew a suborbital demonstration mission in January 2022 from the Mojave Air & Space Port in California. 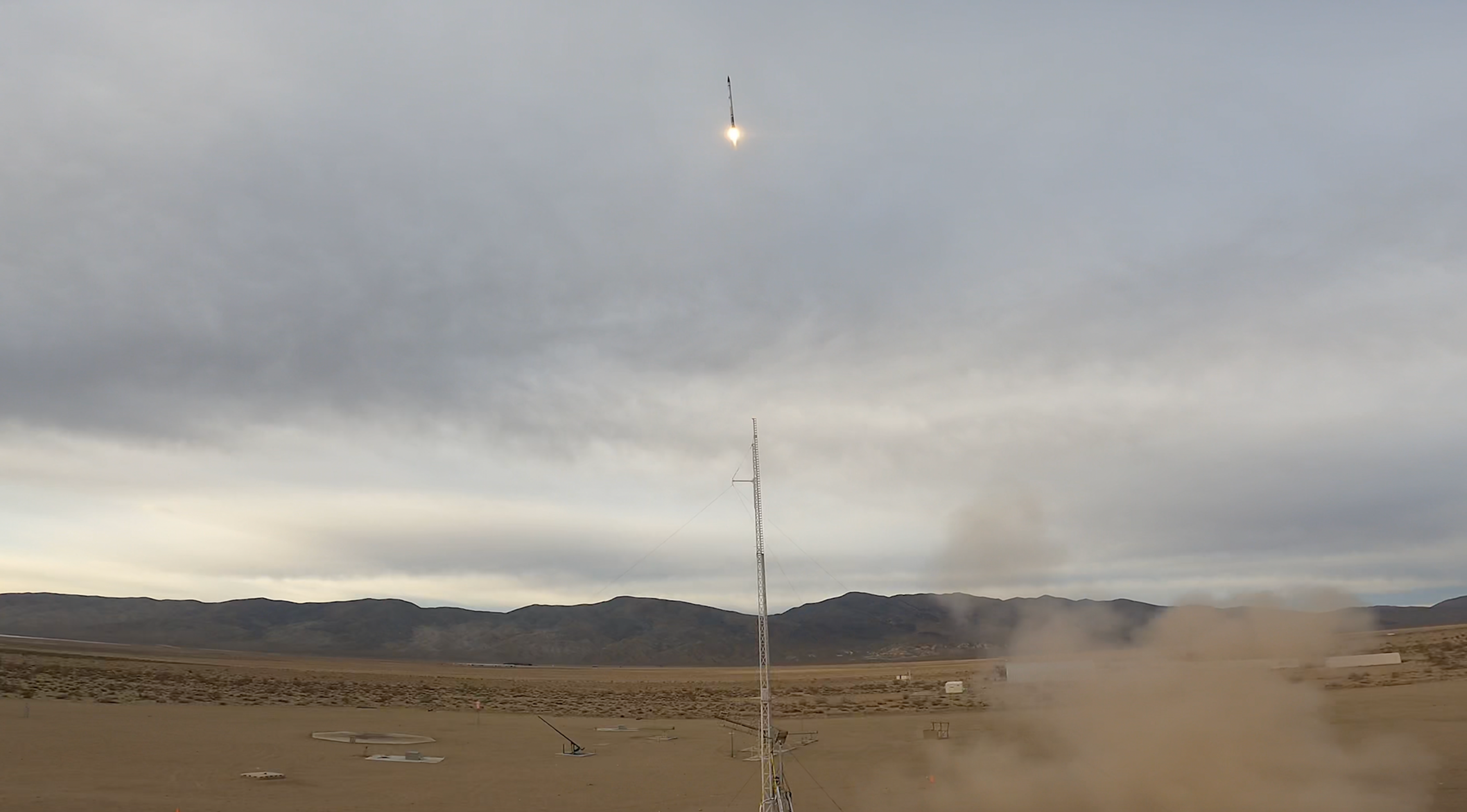 The January 2022 suborbital test flight of the STAR-3D from Mojave. (Credit: Vaya Space)

Unlike all other solid fuel rockets, the STAR-3D hybrid engine’s solid fuel nature of needing LOX to sustain its burn means that the engine can be throttled or even “turned off” by modulating the flow of liquid oxygen.

This is a rather significant change from how standard solid rocket technology is generally used and perceived. With solid rocket motors, once you light it, you can’t turn it off — and you can only throttle a solid by changing the propellant bore shape to add or take away burnable surface area during the build process.

With the STAR-3D hybrid engine, Vaya Space aims for increased safety — one that allows the engine to be throttled during flight based on day-of conditions, and one that can be shut down if there is a serious issue.

This ability stems from how the engine is built.

The STAR-3D’s solid propellant is made from the equivalent of two million plastic bottles per engine… specifically, thermoplastics.

As Mr. Willis explained, “Is it real or is just is kind of some kind of marketing gimmick kind of thing? And the answer is it’s real. It’s really real. It is the equivalent of two million recycled thermoplastics.”

Willis continued, explaining, “You need high-density polyethylene, and so it’s actually the tops, the caps of the bottles, that’s actually best.”

Other types of plastics outside of bottles — such as medical waste — can be used as well.

The thermoplastics are converted into pellets — just like the ones used to blow, or create, plastic bottles for soda — that are then fed into a 3D printer. The pellets are then laid down over a warm, cylindrical lay in a patented pattern or grain.

After that, a carbon fiber tube is printed around the laid-down solid propellant, completing the 3D print of the engine — a process that takes about eight hours per engine.

With the solid propellant grain in place, how exactly does a vortex hybrid engine like STAR-3D work?

Did You Know We Use Recycled Plastics To Fuel Our Rockets?

“We take this 3D printed engine,” related Mr. Willis, “and what we do is we take that engine and [we use a patented laser ignition system to ignite] hot gases and LOX that are then driven down the [solid propellant engine].”

“And we create this vortex flow. So it’s like a tornado going through this engine.”

The vortex flow of ignited LOX and hot gases creates the conditions to ignite and burn the solid thermoplastic fuel grain while maintaining strong combustion that does not lead to instability in the form of turbulence within the flow — a significant issue in previous hybrid rocket engine development.

The combustion created in the STAR-3D engine by the vortex flow ensures a smooth, even burn to maintain the overall performance Vaya Space is targeting from the engine.

Throughout its test campaign, the STAR-3D engine has produced a reliable, maximum thrust of 110 kN with an ISP of “up to 350 seconds” according to Mr. Willis.

For comparison to another small satellite launcher, each of Rocket Lab’s Rutherford engines for its Electron rocket produces just 26 kN of thrust in a vacuum. Just two STAR-3D engines would produce slightly less than the same thrust as all nine Rutherford engines do for the Electron at liftoff. 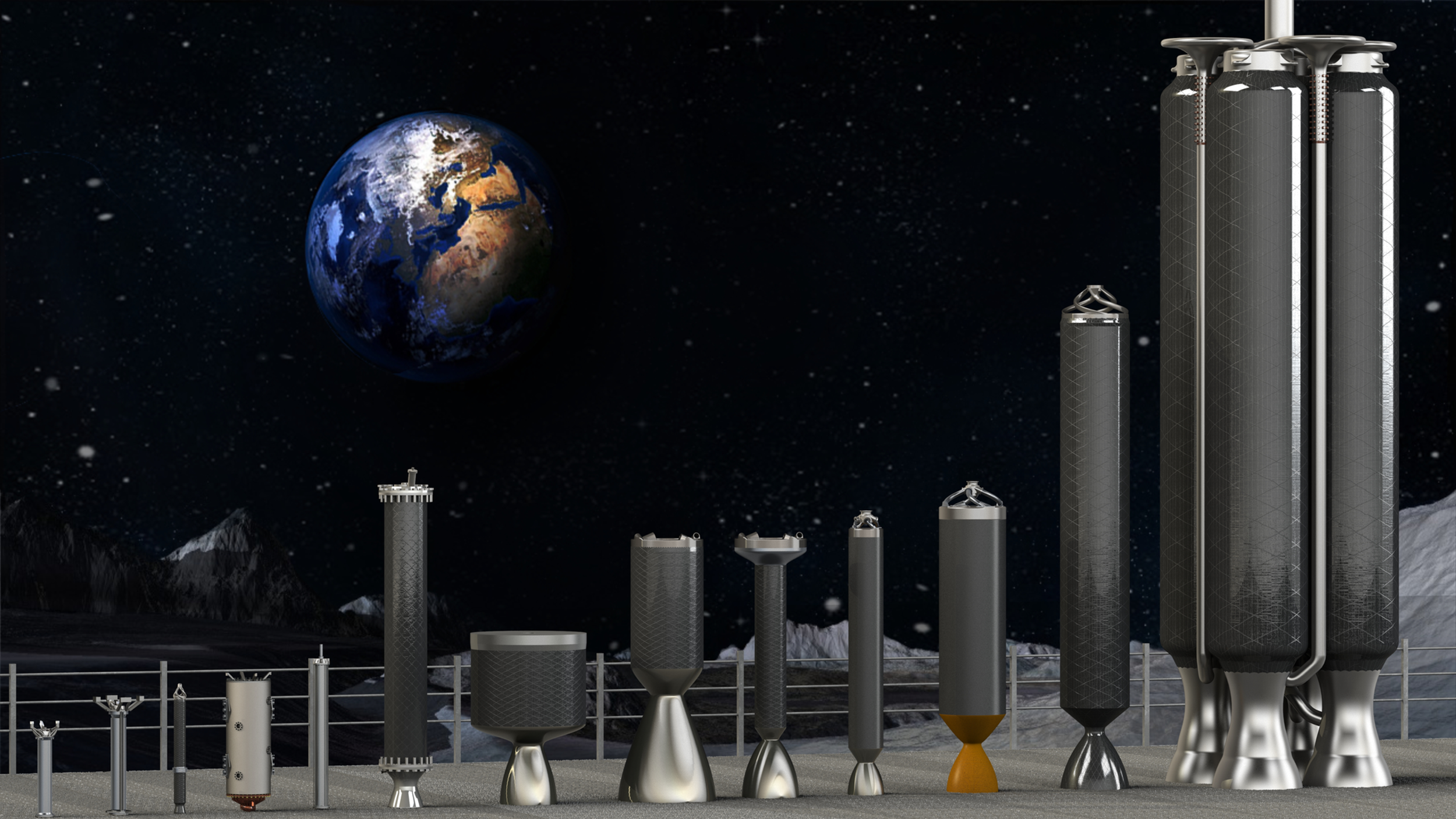 The STAR-3D engine’s thrust performance is in line with the RL-10B-2 upper stage engine from Aerojet Rocketdyne that is used on the Delta IV rocket line and will be used on the Interim Cryogenic Propulsion Stage (ICPS) for NASA’s SLS moon rocket. The RL-10B-2, however, achieves this thrust at a much higher specific impulse.

“What we’ve created with this vortex hybrid engine, it solves all of these reliability, safety, combustibility, complexity, and cost issues. Those are real, disruptive plays that we actually now have.”

But how does that translate to another important element of spaceflight: cost?

“If I look at the competitors, their average price per kilogram is about $19,000 or $20,000 per kilogram. My cost is less than $7,000 [per kilogram]. And if you’re a small satellite customer, and it’s costing you $10 million to get your satellite into space, you will gravitate towards the lower cost,” said Mr. Willis.

“And so that is a transformative piece to disrupt this industry because of the structure and what we’ve technologically solved.”

Another advantage Mr. Willis sees with this overall design is scalability.

“Unlike liquid bipropellant engines where if you want to change the design it’s going to take you a year, a couple of years here and there. For us, I can scale it up, and so I could do something to the size of the Falcon 9 rocket if I wanted or anything ULA does. And I can do that scaling up right away.”

“So that’s some of the real power of this tech: not just the scalability but the kind of coolness and uniqueness of it, that solves all the historical issues, and it’s brand new from a tech standpoint.”

Another element noted by Mr. Willis is the simplicity of the design, which contains “a tenth of the moving parts” of a standard liquid bipropellant engine or other hybrid engines that have been or are in development.

What’s more, the engine itself is also quite environmentally friendly not just because it removes plastics from the environment but also because its exhaust is primarily water vapor with traces of carbon byproducts.

Also, because of the thermoplastics used, the solid propellant is non-toxic and non-combustible at ambient temperatures. Because it relies on LOX and an ignition source, it is safe to transport and handle after being printed.

This creates a safety net when moving the rocket around to its various intended launch sites.

Like other small satellite launch companies, Vaya Space’s system is small enough that it can show up with very little ground architecture needed. This allows for a wide range of launch site options — with the Kennedy Space Center and Brazil as the current leading candidates for the first flight.

"We are incredibly excited to do the demonstrations and work together with NASA demonstrating hybrid rocket engine performance that has never been achieved before,” said Vaya Space Chief Executive Officer @BrentWillisCEO @SatNewsMedia @NASA #SmallSat https://t.co/9UJbk85Zq8 pic.twitter.com/ojX0wvIvC1

But before Vaya Space is ready to launch its Dauntless rocket on its first orbital flight, currently targeted for next year, a good deal of testing still lies ahead.

Several demonstration test firings of single and clustered engines are planned at NASA’s Stennis Space Center in southern Mississippi as well as other testing and launch preparation events at the Kennedy Space Center.

“We have an integrated Gantt chart and critical path items that lay out everything we have to do and all of the launches and customers that we’re going to be taking up,” said Mr. Willis.

The CEO has an impressive goal of ramping up to 50 launches a year by 2024, just one year after flight operations are scheduled to begin.

“So many things in the industry are changing in terms of competitors not meeting their expectations and Russia coming out of the equation, that [satellite operators are] changing their models to say ‘I’ve got to secure my supply chain if my revenue as a small sat provider is contingent upon getting up into space.’”

“And we see those customers gravitating towards us just in the past couple of weeks and months.”

Vaya Space was founded in 2017 by former NASA astronaut and Shuttle commander and pilot Sid Gutierrez. The company is headquartered in Cocoa, Florida with subsidiaries in Brazil.