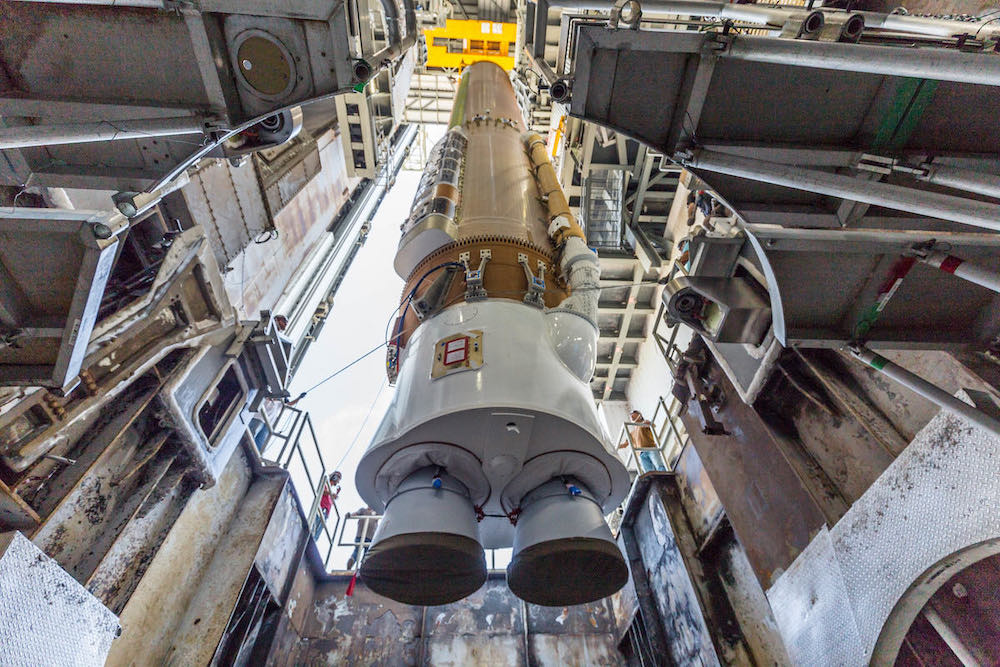 The first stage for ULA’s next Atlas 5 launch was stacked on a mobile platform May 27 at Cape Canaveral Space Force Station. Credit: United Launch Alliance

United Launch Alliance teams at Cape Canaveral are in the final week of preparations for the next flight of an Atlas 5 rocket, set for liftoff with two U.S. military technology demonstration satellites June 30, a one-day delay after bad weather held up launch processing.

The mission is one of 23 Atlas 5 rockets remaining to fly before ULA retires the Atlas launcher family in favor of the next-generation Vulcan Centaur rocket.

ULA personnel began stacking the Atlas 5 rocket May 27 inside the Vertical Integration Facility at Cape Canaveral Space Force Station, with the raising of the launcher’s first stage onto the mobile platform that will carry it to the launch pad.

The first stage was stacked on the mobile launch platform eight days after the previous Atlas 5 launch May 19, which carried Boeing’s Starliner crew capsule into orbit on a test flight to the International Space Station.

Stacking of the 94th Atlas 5 rocket was completed June 15 with the hoisting of the payload module, the uppermost portion of the launch vehicle. Two U.S. Space Force spacecraft were encapsulated inside the payload fairing in a nearby clean room.

The mission is codenamed USSF 12, and the Atlas 5 will deliver the two military payloads to geosynchronous orbit, a location more than 22,000 miles (nearly 36,000 kilometers) over the equator. The flight will last roughly six hours from liftoff until separation of the second satellite, using multiple firings of the hydrogen-fueled RL10 engine on the Centaur upper stage.

The Space Force’s Wide Field of View, or WFOV, surveillance satellite is the primary payload on the USSF 12 mission. The WFOV satellite is a testbed for a next-generation space-based sensor designed to detect rocket launches and provide early warning of a missile attack.

Built by Millennium Space Systems, a subsidiary of Boeing, the WFOV testbed satellite will host an optical staring instrument to detect the exhaust plumes from missile launches, demonstrating the wide-area sensor for future use in the military’s operational early warning systems. 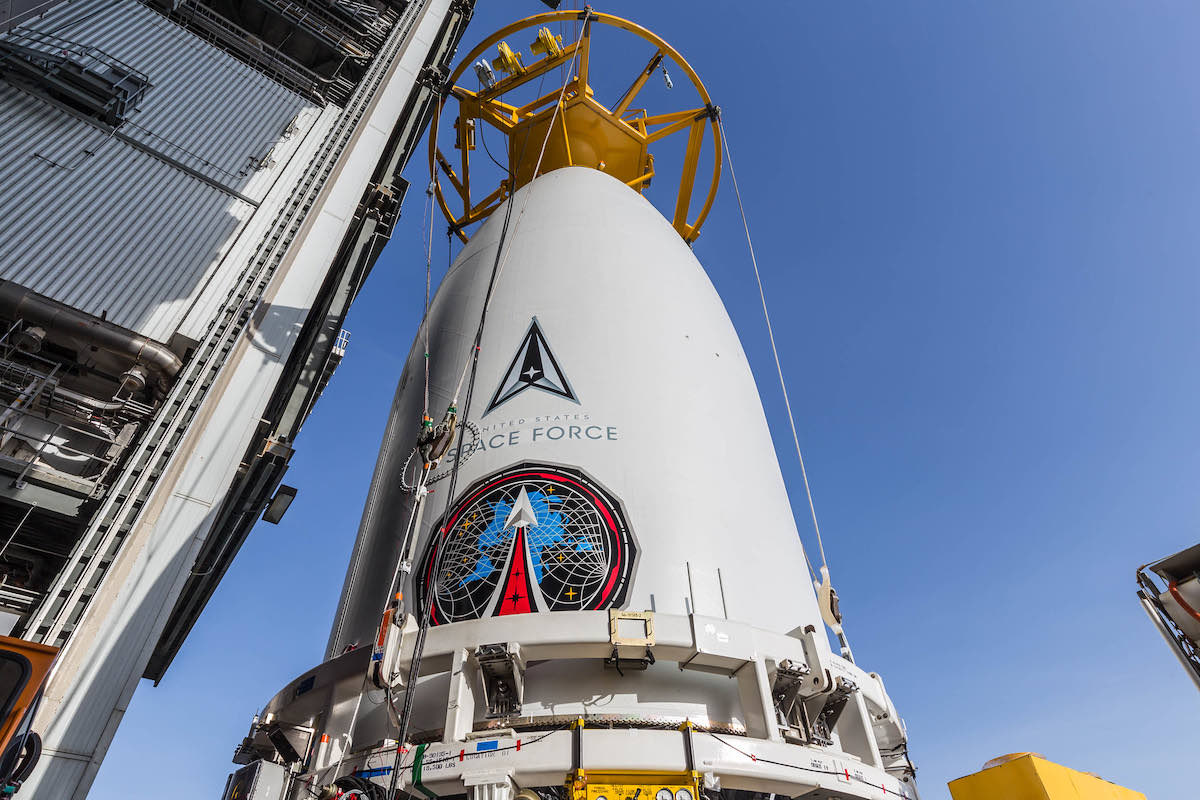 The WFOV mission will demonstrate the optical sensor technology for use on future missile warning missions in the Space Force’s Overhead Persistent Infrared, or OPIR, program. The next-generation OPIR missions will replace the Space Based Infrared System, or SBIRS, missile warning satellites that currently provide missile detection and early warning coverage.

The Space Force is partnering with the Space Development Agency and the Missile Defense Agency on a next-generation fleet of missile warning satellites in low Earth orbit and geosynchronous orbit.

The WFOV testbed “can simultaneously perform strategic missions, such as missile warning and battlespace awareness, as well as tactical missions directly supporting the warfighter, by continuously monitoring up to one-third of the Earth’s surface with just a single sensor,” said Col. Heather Bogstie, senior materiel leader for resilient missile warning, tracking, and defense at Space Systems Command.

The missile warning demonstration satellite is designed for a mission of three-to-five years, with a total mass of up to 6,600 pounds (3,000 kilograms), according to Millennium.