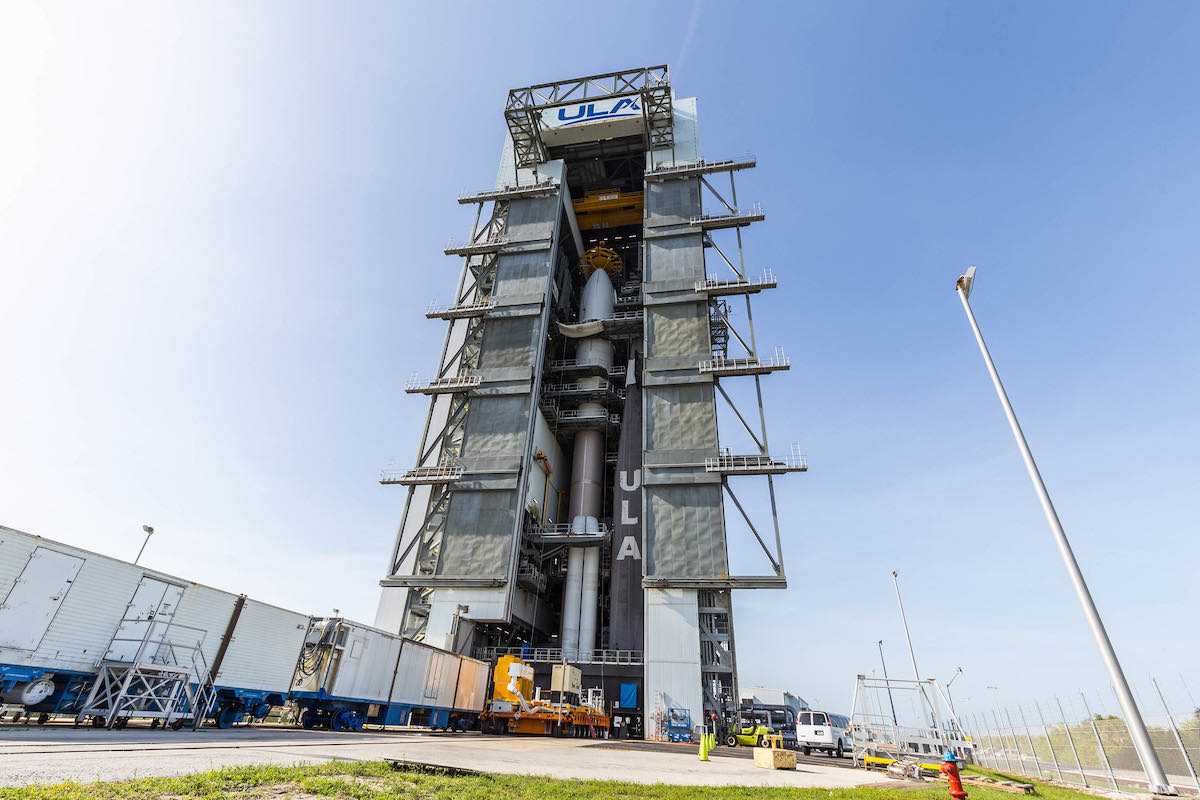 United Launch Alliance teams at Cape Canaveral are preparing to roll an Atlas 5 rocket to its launch pad Wednesday, moving the launcher into position for liftoff Thursday evening with a pair of geostationary satellites for the U.S. Space Force.

The rollout is expected to begin around 10 a.m. EDT (1400 GMT), when the Atlas 5 is expected to emerge from the Vertical Integration Facility south of the launch pad. The 196-foot-tall (59.7-meter-tall) rocket will ride a mobile launch platform along rail tracks to Space Launch Complex 41, the East Coast home of Atlas 5 launch operations.

The 1,800-foot (550-meter) trip should take about one hour, with the Atlas 5 and its mobile launch platform driven by a pair of trackmobile locomotives. The rocket and its platform weigh about 1.8 million pounds during the rollout to the pad.

Once in position at pad 41, the Atlas 5 will be connected to propellant loading lines and other ground systems. ULA’s launch team plans to load rocket-grade RP-1 kerosene fuel into the Atlas 5’s first stage Wednesday afternoon. The kerosene will feed the rocket’s Russian-made RD-180 main engine, in combination with super-cold liquid oxygen to be pumped into the Atlas 5 during the countdown Thursday.

Liftoff Thursday is set for 6 p.m. EDT (2200 GMT), the opening of a two-hour launch window. There is a 60% chance of favorable weather for Thursday’s launch window, according to the Space Force’s 45th Weather Squadron.

The Atlas 5 launch Thursday is codenamed USSF 12. The rocket’s Centaur upper stage will target a circular geosynchronous orbit more than 22,000 miles (nearly 36,000 kilometers) over the equator, a destination that will require three upper stage burns and about six hours to reach.

One of the payloads on the mission is the Space Force’s Wide Field Of View, or WFOV, testbed satellite to demonstrate a new infrared sensor capable of detecting and tracking missile launches, providing early warning of a potential attack on the United States of allied nations.

The WFOV spacecraft will ride to space in the upper portion of the Atlas 5 rocket’s payload compartment. A secondary payload, called the USSF 12 Ring, is positioned below the WFOV spacecraft for launch. It hosts multiple payloads, experiments and prototypes, but details about their missions are classified.

ULA personnel began stacking the Atlas 5 rocket May 27 inside the Vertical Integration Facility at Cape Canaveral Space Force Station, with the raising of the launcher’s first stage onto the mobile platform that will carry it to the launch pad.

The first stage was stacked on the mobile launch platform eight days after the previous Atlas 5 launch May 19, which carried Boeing’s Starliner crew capsule into orbit on a test flight to the International Space Station.

Stacking of the 94th Atlas 5 rocket was completed June 15 with the hoisting of the payload module, the uppermost portion of the launch vehicle. The two U.S. Space Force spacecraft were encapsulated inside the payload fairing in a nearby clean room.