News Astronomy > News > The Tharsis Region of Mars is Peppered With These Strange Pit Craters. Now They’ve Been Found Elsewhere

Pit craters are found on solid bodies throughout our Solar System, including Earth, Venus, the Moon, and Mars. These craters – which are not formed by impacts — can be indications of underground lava tubes, which are created when the top of a stream of molten rock solidifies and the lava inside drains away, leaving a hollow tube of rock. If a portion of the roof of the tube is unsupported, parts of it may fall in, making a hole or a pit along the lava tube’s path. 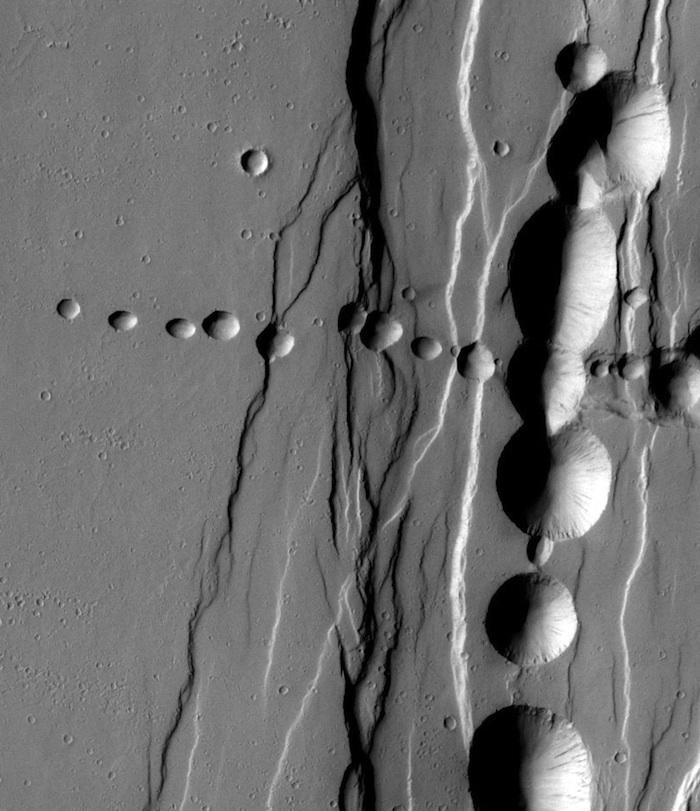 On Mars, pit craters are usually bowl-shaped and tend to occur in otherwise flat and featureless terrain, and planetary scientists can tell a pit crater from an impact crater because pit craters typically have no upraised rim or ejecta, as impact craters do. most of them can be easily identified by their lack of elevated rims or ejecta, which would be present if an impact would have created the crater.

But the Mars Reconnaissance Orbiter and other previous missions orbiting the Red Planet have identified more than 100 pit craters around the Tharsis region of Mars that exhibit unusual features compared to other pit craters.

Called Atypical Pit Craters (APCs) they generally have sharp and distinct rims, vertical or overhanging walls that extend down to their floors. They are usually cylindrical or bell shaped, and their surface diameters that can be a third larger than the usual pit craters. They can range from 50–350?meters in diameter.

The Tharsis region is the large volcanic plateau near the equator in the western hemisphere of Mars, which is home to the largest volcanoes in the Solar System, and scientists think the abundance of APC in that region stem from the underground tubes that may criss-cross between the giant volcanoes of Mars. 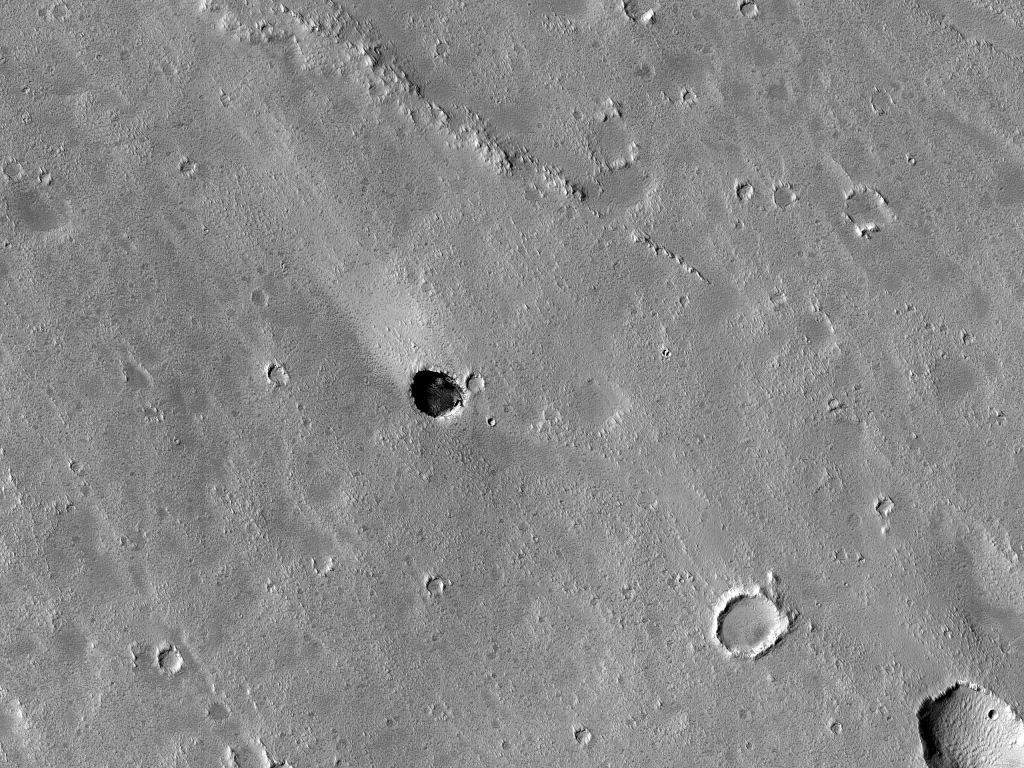 But now MRO has found several APCs in another volcanic region that is older than Tharsis. The Atypical Pit Craters shown here are near the volcano Elysium Mons, which is the third largest mountain on Mars and is location in the Martian eastern hemisphere.

Scientists from MRO are excited to find these older APCs, as they feel they “should reveal erosional characteristics and possibly whether they are ancient or formed more recently. HiRISE has targeted many APC in Tharsis, but scientists say these are the first to be suggested in older terrain.

The area around Elysium Mons has many craters on its surface, and while some have probably formed by meteor impact, there are many that show no ejecta pattern. Also, many are aligned in linear patterns that are radial to the summit caldera, and so planetary scientists feel these most likely formed by collapse as lava was withdrawn from beneath the surface, rather than by meteor impact.

As we discussed in a recent article, these pit craters create entrances to underground lava tubes. On the Moon, they could provide thermally stable habitats, as well as safe shielding from cosmic rays, solar radiation and micrometeorites for future human explorers.

The post The Tharsis Region of Mars is Peppered With These Strange Pit Craters. Now They’ve Been Found Elsewhere appeared first on newsastronomy.com.