What do UX Tauri, RW Aurigae, AS 205, Z CMajoris, and FU Orionis have in common? They’re young stellar systems with disks where planets could form. It appears those disks were disturbed by stellar flybys or other close encounters in the recent past. Astronomers want to know: did those events disrupt planet formation in the disks? What do they do? Does this happen in other systems? And, did our own solar system experience a strange encounter in its youth?

Some answers lie in a study made by astronomer Nicolás Cuello of the University of Grenoble Alpes who heads a team that studies the role of stellar flybys. In a recent paper, they discuss the processes these systems undergo. They examined the chances of any given disk experiencing a flyby/encounter and classified the types of encounters. The team also studied a set of disks to understand what happens during each type of encounter and looked at the implications of flybys for planet formation in other systems. Finally, they looked at possible clues to a flyby that our own Solar System might have experienced.

It all begins when star birth happens in clouds of gas and dust. The process creates batches of hot, young stars clustered together. Over time, some of those clusters dissipate. As stars leave the nest, they may pass close to other systems, causing disruptions to planet-forming disks. Cuello and his team came to the conclusion that near encounters will stir up or even disrupt these disks at some point in their evolution. 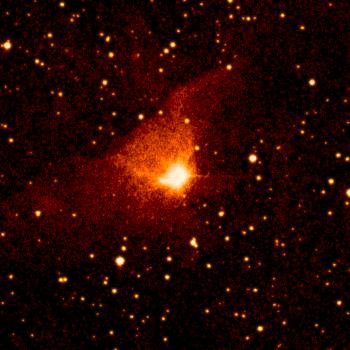 FU Orionis and its associated nebula. It’s likely the nebula was disrupted by a flyby, and the brightening is one effect of the event. Image cedit: ESO

“Stellar flybys and encounters happen more frequently than previously appreciated,” Cuello said in an email discussion. “These likely happen when stars are very young (less than a million years) and have planet-forming discs around. These discs are heavily affected by the gravitational perturbation of nearby stars, which modifies the initial conditions at the onset of planet formation. This is why it must be taken into account in our models.”

Flybys aren’t terribly rare, according to Cuello. “I would say that at least half of the stars and their discs are affected/shaped by flybys,” he said. “One important aspect to highlight is that the probability of such perturbations decreases over time but never goes to zero. So, even more-evolved stars (with planetary systems around) can experience a flyby during their lifetime. In that case, some planets might end up on misaligned orbits with respect to the rest of the planetary system or even be captured by the perturber star.”

How Much Damage Can a Stellar Flyby Do?

In typical star-forming regions, distances matter. A majority of the stars with protoplanetary disks experience close flybys—ones within a thousand astronomical units. That’s equivalent to about half the distance from the Sun to the Oort Cloud in our Solar System. Some of those encounters can really disturb a disk. For example, if an intruder star is traveling in a prograde direction, in a parabolic orbit that penetrates the disk, it can do enough damage to alter the shape of the disk. Sometimes the damage by an intruder causes the formation of a second disk of material.

This is, in fact, what’s happening with the star FU Orionis. Thanks to a close stellar flyby that crashed through its disk, FU Orionis appears to brighten by a factor of a thousand in about a year. And, such disruptions are evident in other young systems, too. 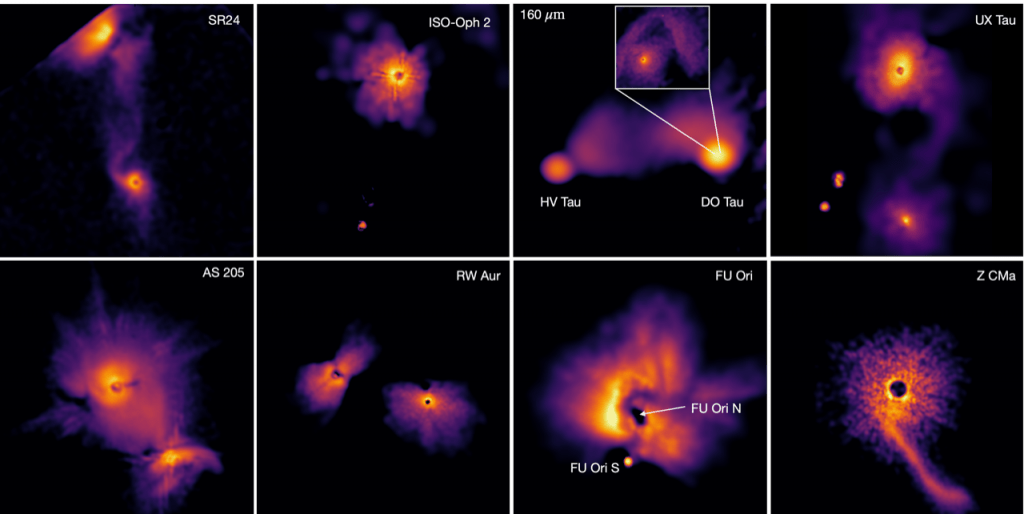 During some encounters, the disk goes through what’s called “tidal truncation”. That can remove up to 80 percent of the disk’s mass. This has a catastrophic effect on planet formation because the encounter reduces the amount of material needed to form protoplanets. Such flybys might also create dust traps. Theoretically, those could be places where planetesimals could grow, given enough time.

In some cases, a close flyby can scatter planets within systems, or even eject a planet. Those left behind could get moved into orbits reminiscent of Pluto’s—eccentric and misaligned with the plane of the system. (To be clear, Pluto’s odd orbit is not due to a flyby. It’s more likely that gravitational influences from Neptune and other giant planets have shaped its odd orbit.)

Stellar Flybys and Our Solar System

Did our own solar system experience stellar flybys during its formation? It’s a possibility that Cuello and his colleagues explore in their paper. Such an encounter in or very near our birth cloud could have shaped the solar nebula. Ultimately that would have had an influence on the size of the disk and its mass. It’s hard to know how many times this may have happened, but remarkably, the protosolar nebula where the Sun was born was left in a fairly circular shape and most of the planets move in fairly circular, regular orbits. 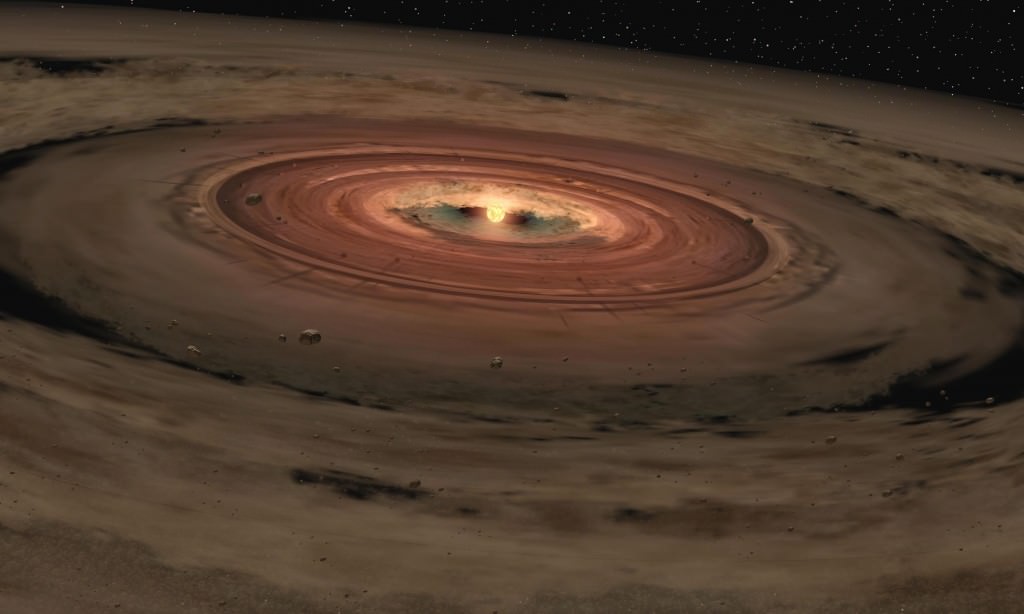 Artist’s impression of the early Solar System in the making. Stellar flybys may have helped shape the birth cloud of the planets. Credit: NASA/JPL-Caltech

However, Cuello and his team concluded that the orbital arrangement of the solar system could have been affected the distribution of transNeptunian Objects (the region just beyond Neptune, where Pluto orbits). It’s also possible one or more stars passed through and disrupted the Oort Cloud. Astronomers have found a few candidates that they’re studying to see if this hypothesis plays out.

Certainly, our solar system has experienced other, more recent encounters during its lengthy history. Scholz’s Star, for example, is thought to have passed through the Oort Cloud some 70,000 years ago. Currently, this binary star lies about 22 light-years away from us. The passage didn’t seem to affect the orbits of any of the planets, but it probably had a very small effect on the numbers of Oort Cloud objects ejected into long-period orbits around the Sun. Still, it remains a useful example of the effect that a passing star can have on a planetary system or a protoplanetary disk.