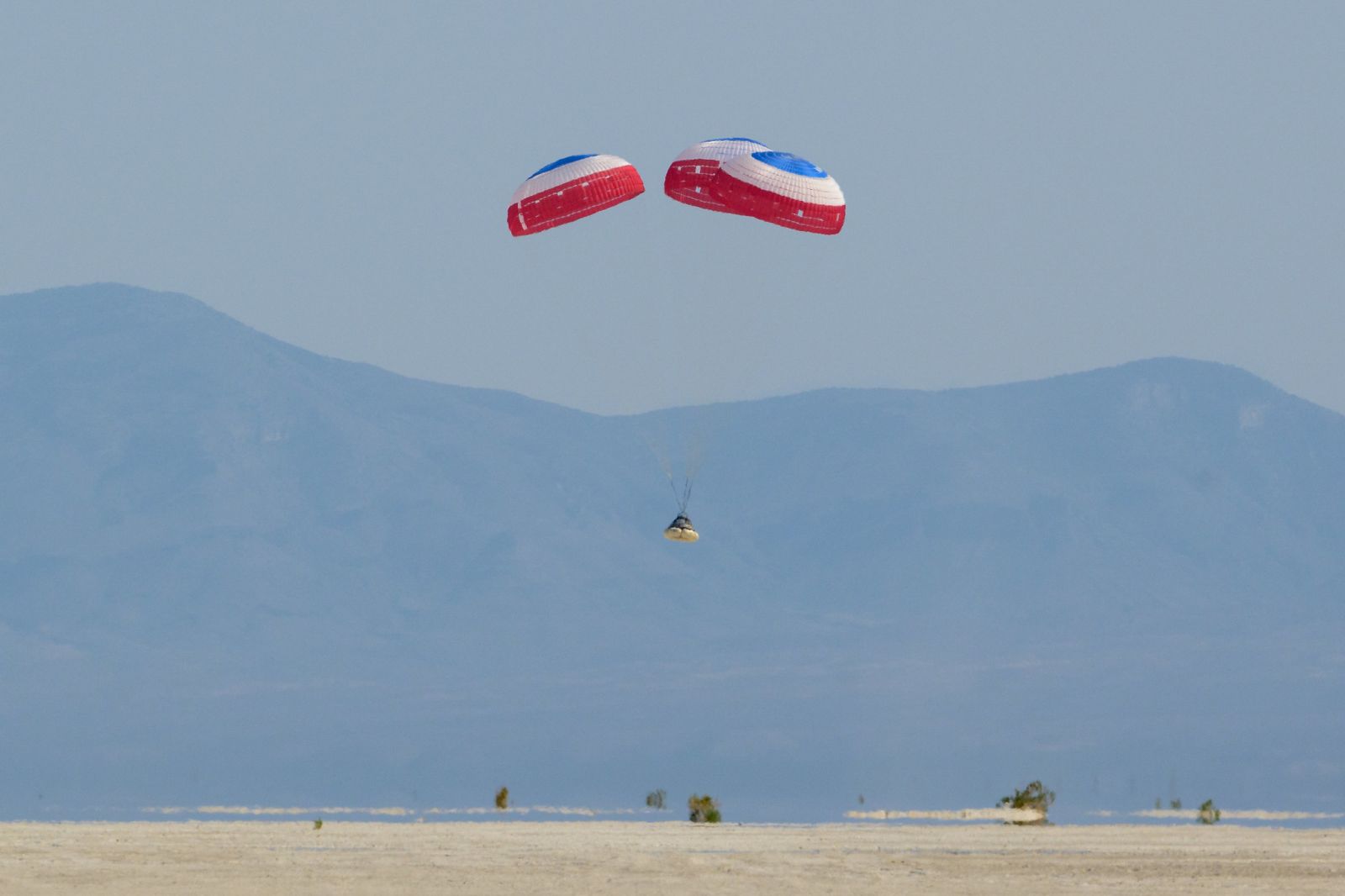 After spending six days in space, Boeing’s Starliner spacecraft successfully returned to Earth, setting the stage for a crewed flight later this year.

The second uncrewed orbital flight test, OFT-2, undocked from the International Space Station at 2:36 p.m. EDT (18:36 UTC) May 25, 2022, at which point astronauts aboard the outpost got a front-row view as the capsule slowly backed away from the station. Controllers in both Mission Control and Starliner Spacecraft Control in Houston monitored the vehicle’s critical functions as it autonomously completed its departure procedures. 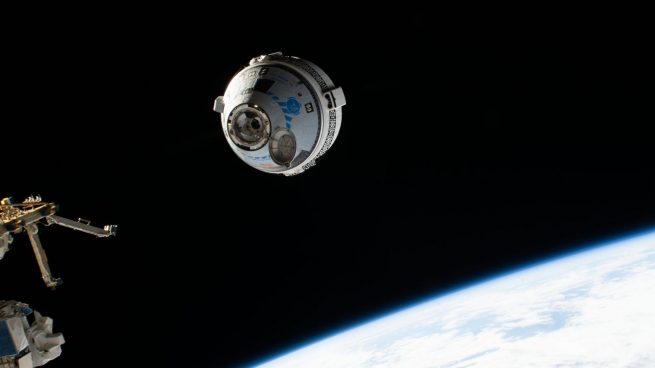 Starliner approaches the International Space Station for docking on May 20, 2022. Credit: NASA

After performing a series of departure burns and exiting the station’s Keep-Out Sphere and Approach Ellipsoid, Starliner began a trajectory back toward Earth, successfully completing a deorbit burn at approximately 6:05 p.m. EDT (22:05 UTC).

The service module was jettisoned shortly after at approximately 35 minutes to touchdown. The spacecraft entered the Earth’s atmosphere roughly 25 minutes later before entering a communication blackout period lasting about five minutes.

“NASA’s Commercial Crew Program and our industry partner, Boeing, today took a major and successful step on the journey to enabling more human spaceflight missions to the International Space Station on American spacecraft from American soil,” said NASA Administrator Bill Nelson in an agency news release. “The OFT-2 mission represents the power of collaboration, which allows us to innovate for the benefit of humanity and inspire the world through discovery. This golden era of spaceflight wouldn’t be possible without the thousands of individuals who persevered and poured their passion into this great achievement.”

After touchdown, a team of recovery vehicles and personnel raced to the spacecraft to perform a full dress rehearsal of procedures that will take place once humans are onboard.

Some of these procedures include “sniffing” the spacecraft for leaking hypergolic fuel that would be toxic should it come into contact with humans, as well as preparing the egress procedures to safely offload astronauts onto a waiting medical van.

Some residual hypergolic fumes were detected, causing the recovery team to wait a little longer to begin recovery procedures.

While this Starliner capsule was not carrying humans, it was carrying Boeing’s anthropomorphic test device known as “Rosie the Rocketeer,” as well as Jebediah Kerman from the popular computer game Kerbal Space Program.

Also aboard was about 600 pounds (275 kilograms) of return cargo from the International Space Station.

NASA and Boeing are hoping to attempt the first flight with humans aboard Starliner later this year, but there is still work that will need to be done before that can happen. During this flight, two OMAC thrusters that control the capsule’s attitude in space failed to fire as planned.

Even though Starliner has several redundant systems, there is still a great deal of data engineering teams will have to pore over, particularly about the capsule’s valves and thrusters, before the spacecraft is deemed ready to safely carry humans to space.

That flight, known as the Crew Flight Test, could occur as early as later this year.