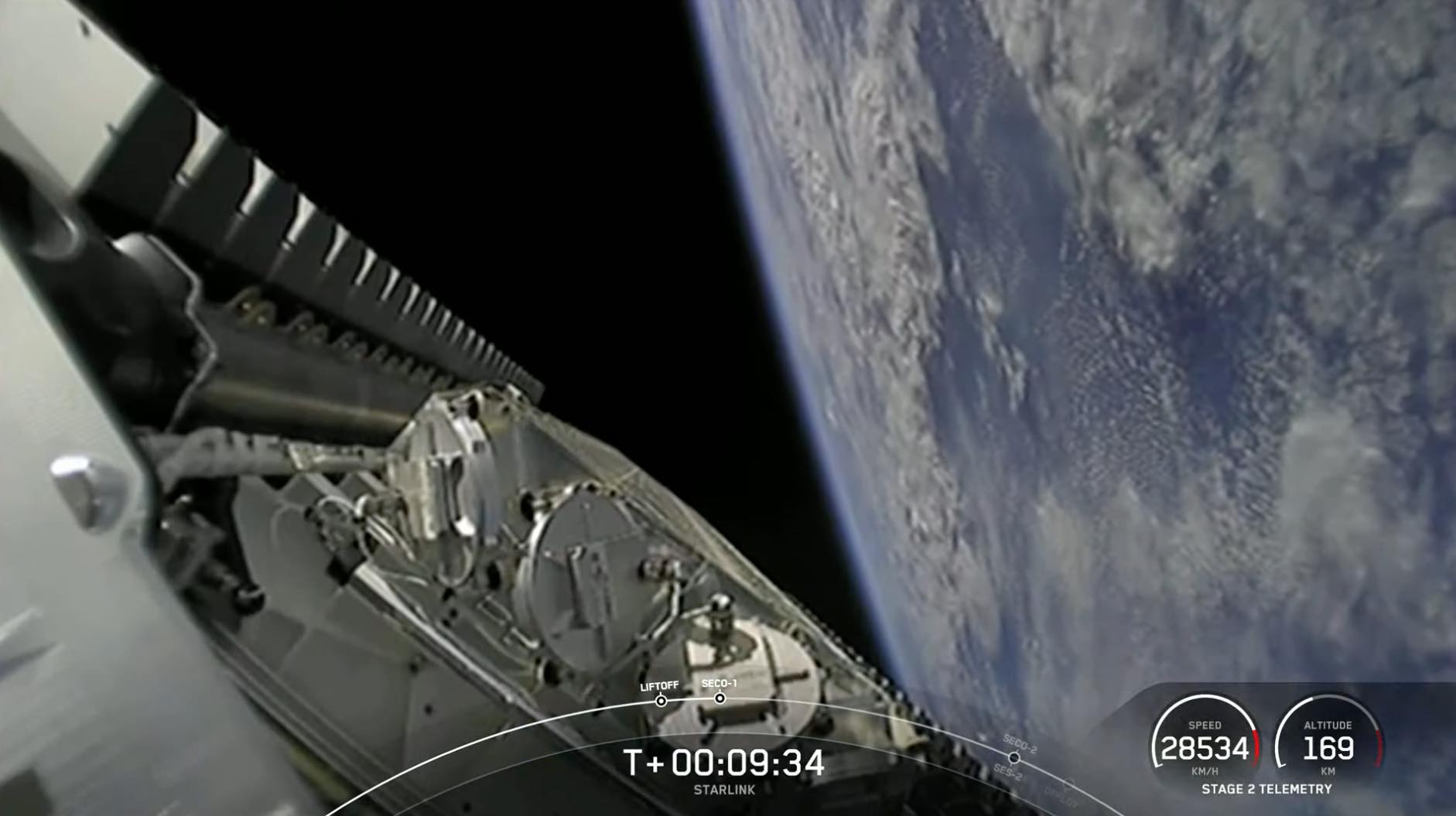 A view of 46 flat-packed Starlink satellites in orbit following a launch in July. Credit: SpaceX

SpaceX plans to launch a Falcon 9 rocket with 46 Starlink internet satellites into polar orbit Friday from Vandenberg Space Force Base in California, continuing deployment of the company’s commercial broadband network.

The 229-foot-tall (70-meter) Falcon 9 rocket will head south from Vandenberg, a military spaceport about 140 miles (225 kilometers) northwest of Los Angeles, targeting an orbital altitude between 191 miles and 199 miles (308-by-321 kilometers) at an inclination of 97.6 degrees to the equator.

The launch Friday will be the eighth SpaceX mission from Vandenberg this year, and the company’s 36th launch of 2022 overall.

The 46 Starlink satellites will launch into one of five orbital “shells” in SpaceX’s internet constellation. SpaceX began launching dedicated missions into one of the network two polar orbit shells last month. SpaceX has previously launched satellites into the other three shells at inclinations of 53.0 degrees, 53.2 degrees, and 70 degrees to the equator.

The booster flying on Friday, known as tail number B1061, will be making its 10th trip to space. SpaceX’s drone ship “Of Course I Still Love You” is in position in the Pacific Ocean a few hundred miles south of Vandenberg for landing of the first stage about eight-and-a-half minutes after liftoff.

The first stage will fire its nine kerosene-fueled Merlin engines for two-and-a-half minutes to propel the stack of Starlink satellites toward space. An upper stage will take over the flight to inject the payloads into orbit as the first stage descends toward the drone ship.

A second burn by the upper stage engine will place the Starlink satellites into the targeted polar orbit for separation.

After separating from the Falcon 9, the Starlink satellites are expected to disperse and extend solar panels to begin generating electricity to recharge their batteries. The satellites will go through an automated checkout and activation sequence, then use krypton-fueled ion thrusters to raise their altitude to 348 miles (560 kilometers), where they will enter operational service in the Starlink network.

SpaceX’s Starlink network provides low-latency broadband internet service to consumers around the world. The fleet is the largest constellation of satellites in orbit, with 2,287 Starlink spacecraft currently in service, and 398 more satellites raising their orbits or drifting into their operational positions in the network, according to a tabulation by Jonathan McDowell, an astrophysicist and expert tracker of spaceflight activity.

The 46 new satellites set for launch Thursday will bring the total number of Starlink spacecraft deployed to date to 3,055.