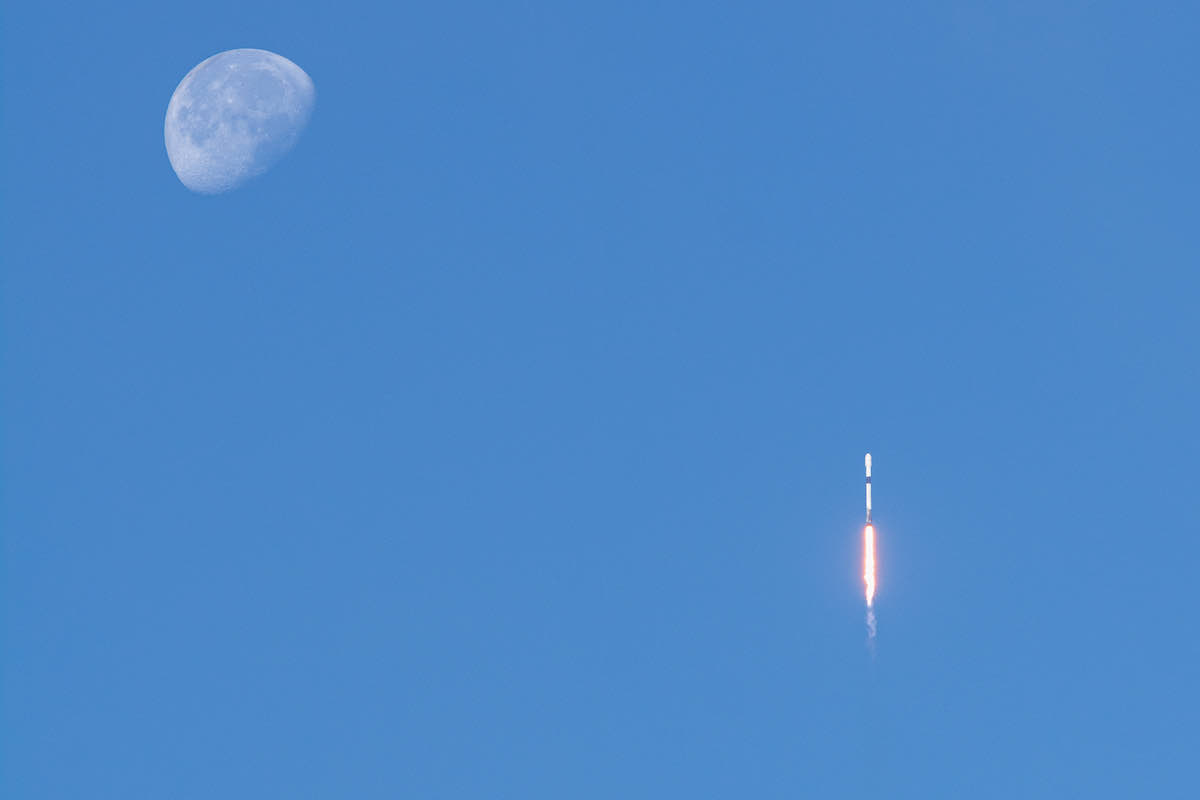 A four-ton, cloud-penetrating radar observation satellite for the German military soared into orbit Saturday from California on top of a SpaceX Falcon 9 rocket, beginning a 10-year mission to collect all-weather reconnaissance imagery.

The Falcon 9 rocket flashed to life and climbed away from its launch pad at Vandenberg Space Force Base at 7:19:52 a.m. PDT (10:19:52 a.m. EDT; 1419:52 GMT), rumbling through a low-altitude fog layer before breaking into a clear sky for rest of the ascent into space with Germany’s SARah 1 radar imaging satellite.

The mission Saturday continued a jam-packed launch schedule for SpaceX, which launched a Falcon 9 rocket Friday from the Kennedy Space Center in Florida with 53 Starlink internet satellites. Another Falcon 9 is set to blast off from Cape Canaveral shortly after midnight Sunday with a Globalstar communications satellite.

The first stage booster flipped around with the help of cold gas thrusters to fly in a tail first orientation, then ignited three of its engines for a “boost-back” burn to reverse course and head back to Vandenberg. The booster reached a maximum altitude, or apogee, of about 426,000 feet (130 kilometers) before falling back through the atmosphere.

The rocket steered through the thicker air with the help of hypersonic grid fins, touching down on the concrete landing pad at Landing Zone 4 at Vandenberg about eighth minutes after liftoff. The landing marked the 125th recovery of a Falcon booster, and the sixth Falcon rocket landing at Vandenberg. It was the third flight for this booster, tail number B1071.

This marks the 6th Falcon landing at Vandenberg, and the 125th recovery of a Falcon booster overall.https://t.co/PTyxDAtRce pic.twitter.com/5L89hvi4m2

SpaceX’s live video webcast followed the Falcon 9 booster’s return to Earth, and ended coverage of the upper stage’s activities at the request of the German military. The upper stage fired its single Merlin engine to enter a preliminary orbit, and the mission entered a coverage blackout until the German military confirmed nearly an hour and 20 minutes after launch that the SARah 1 satellite successfully deployed from the Falcon 9 rocket.

Ground controllers at Airbus, which built the SARah 1 satellite, expected to establish contact with the spacecraft later Saturday.

SARah 1 is starting a 10-year mission providing reconnaissance imagery to the Bundeswehr, the Germany military.

The Falcon 9 targeted a polar orbit a few hundred miles above Earth, but the exact altitude and inclination reached on Saturday’s mission were not immediately available.

SARah 1 is the first of three radar imaging satellites the German government ordered from industry in 2013. OHB, based in Bremen, is the lead contractor on the SARah program and is building the second and third satellites in the series. Airbus teams in southern Germany manufactured SARah 1, the first and largest satellite in the program. 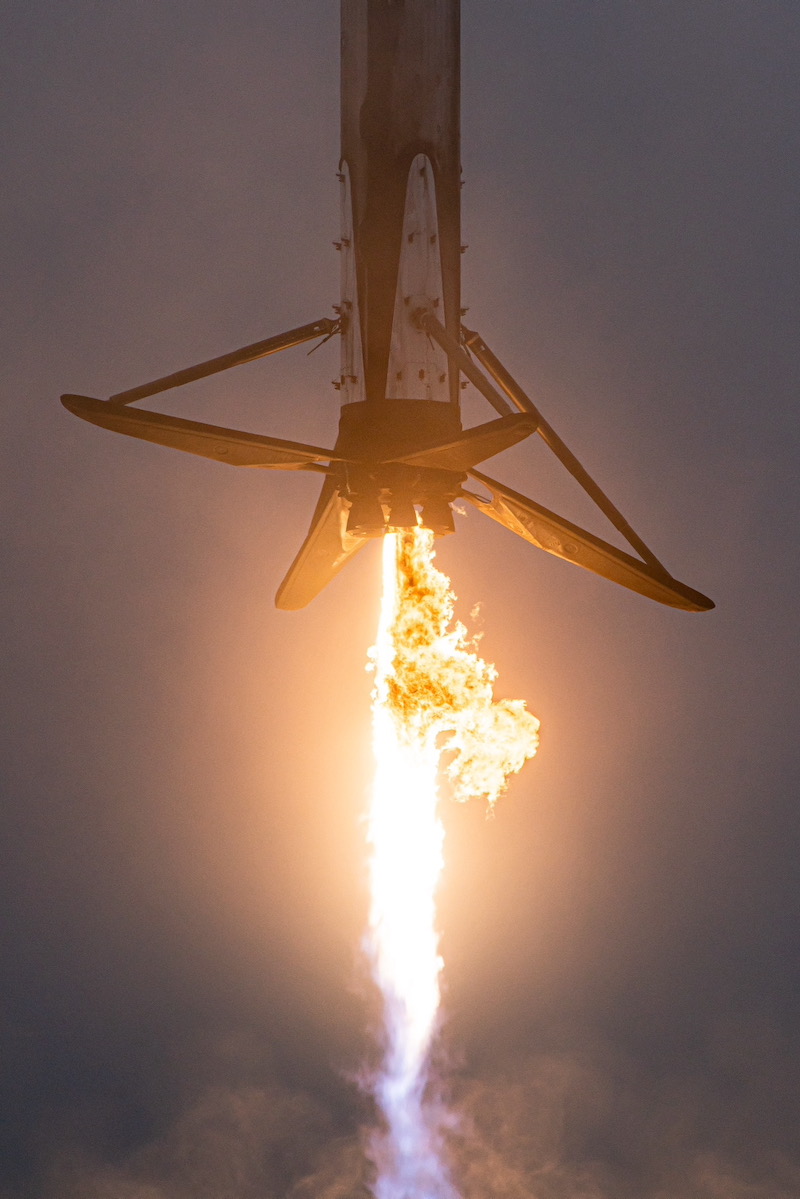 When the development contracts were signed in 2013, the launches of the SARah satellites were planned in 2018 and 2019. But satellite-related technical problems, efforts to improve encryption on the spacecraft, and delays caused by the COVID-19 pandemic pushed back the first SARah spacecraft launch until 2022.

Once engineers finished testing on the spacecraft SARah 1 traveled from Germany to the United States by boat, arriving in Baltimore before a cross-country road trip to reach the California launch base.

The SARah 1 satellite weighs about four tons, according to Airbus. The contractor said in a statement that the SARah 1 satellite carries the “latest, highest-resolution radar technology” to collect all-weather, day-and-night imagery of sites around the world for the German military.

“This technology offers the advantages of very fast pointing and very flexible shaping of the antenna beam to deliver imagery in record time,” Airbus said in a press release. 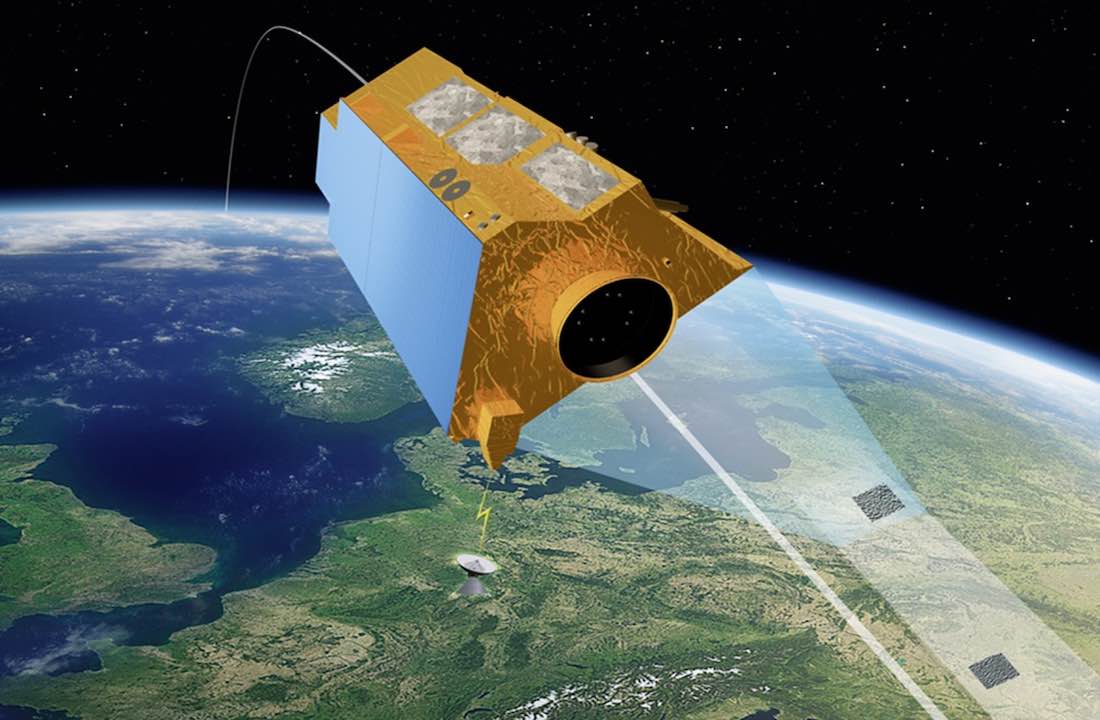 Two smaller OHB-built SARah spacecraft will fly with passive synthetic aperture radar reflectors. The Germany military said earlier this month that the second and third SARah satellites will share a ride on a Falcon 9 rocket at the end of this year.

Radar imaging satellites have the benefit of resolving Earth’s surface through darkness and cloud cover, which prevent optical spy satellites from always seeing the ground.

The three SARah satellites are replacing the German military’s five-spacecraft SAR-Lupe constellation, which launched from 2006 through 2008.

“Today, without satellites, reconnaissance, communication and navigation are almost impossible,” the German military said in a press release earlier this month.

“The new SARah satellites ensure that the Bundeswehr has the capability for worldwide imaging reconnaissance independent of the time of day or the weather,” the German military said. “At the same time, they provide support in the early detection and management of crises.” 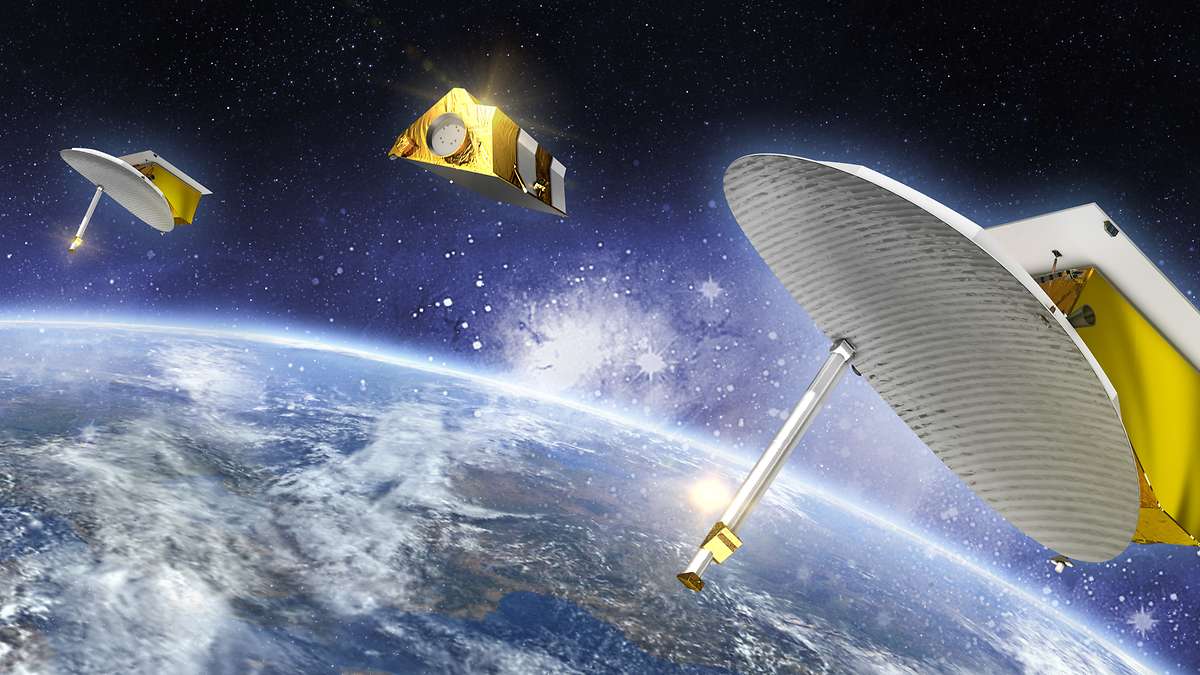 The launch of SARah 1 marked SpaceX’s 25th mission of the year, and the company’s fifth flight from Vandenberg so far in 2022. SpaceX’s next launch from California is scheduled for no earlier than July 8 with a batch of Starlink internet satellites.

SpaceX is on pace to launch more than 50 times this year, exceeding the record of 31 missions the company set last year. The launch Saturday was the third of six Falcon 9 missions on SpaceX’s schedule for June.