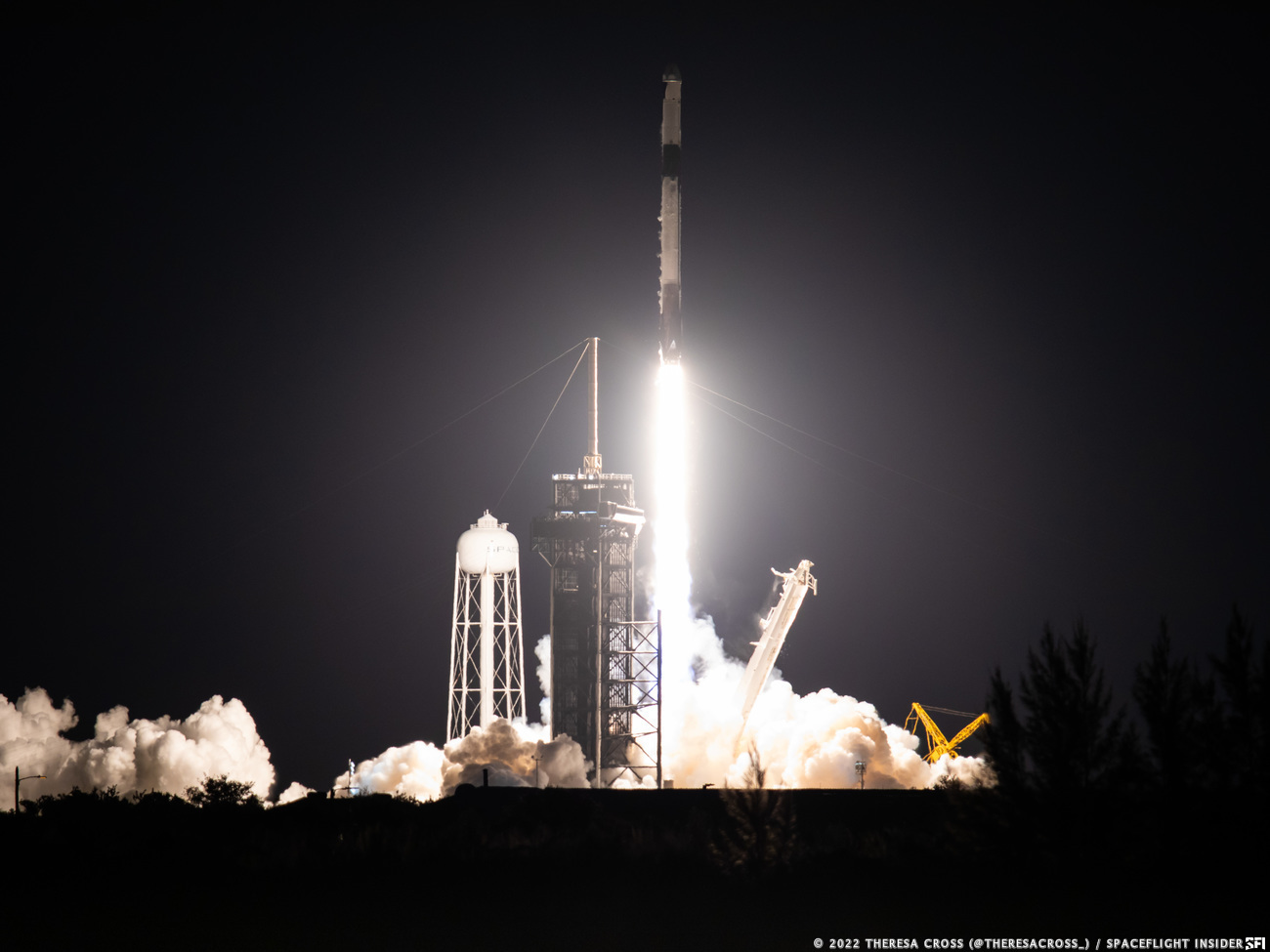 SpaceX launched its 25th resupply mission to the International Space Station for NASA when its Falcon 9 rocket lofted the CRS-25 Dragon capsule into orbit.

Liftoff occurred just after sunset at 8:44 p.m. EDT July 14 (00:44 UTC July 15), 2022, from Launch Complex 39A at NASA’s Kennedy Space Center in Florida. Aboard the spacecraft were studies, science and experiments to better life for humans on this planet and ultimately astronauts on the Moon and Mars. 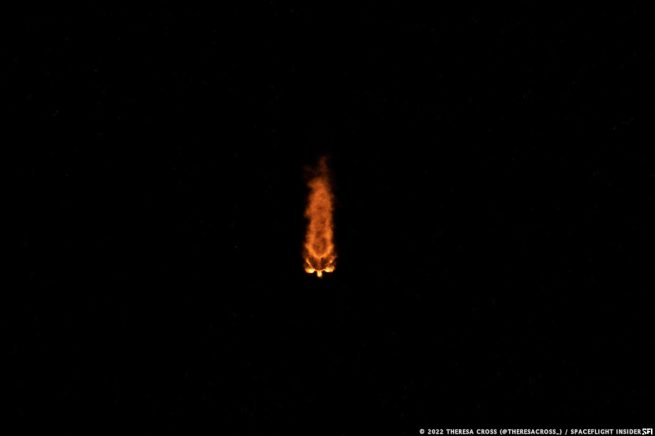 There it’ll remain for about a month while the space station’s seven-person Expedition 67 crew unloads the spacecraft’s contents.

Among the experiments aboard is a study designed to test a better concrete alternative made with organic materials, such as lunar dust. Scientists want to look at how microgravity can affect the process of construction with on-site materials for habitats for astronauts.

Protective shelters from radiation, and more, will be needed for humans living off Earth, and the hope is these readily available materials can be converted into a concrete-like material for construction on lunar surfaces, as well as for use on Earth as an environmentally-friendly concrete alternative.

Genes in Space 9 is a study sponsored by the International Space Station that aims to demonstrate “cell-free production of protein in microgravity” to evaluate two cell-free biosensors that can readily detect specific target molecules for use in medical diagnostics leading to production of real-time medicines and vaccines.

Soil in Space will study how microgravity can affect metabolic interactions in communities of soil microbes that decompose chitin, a natural carbon polymer found on Earth. 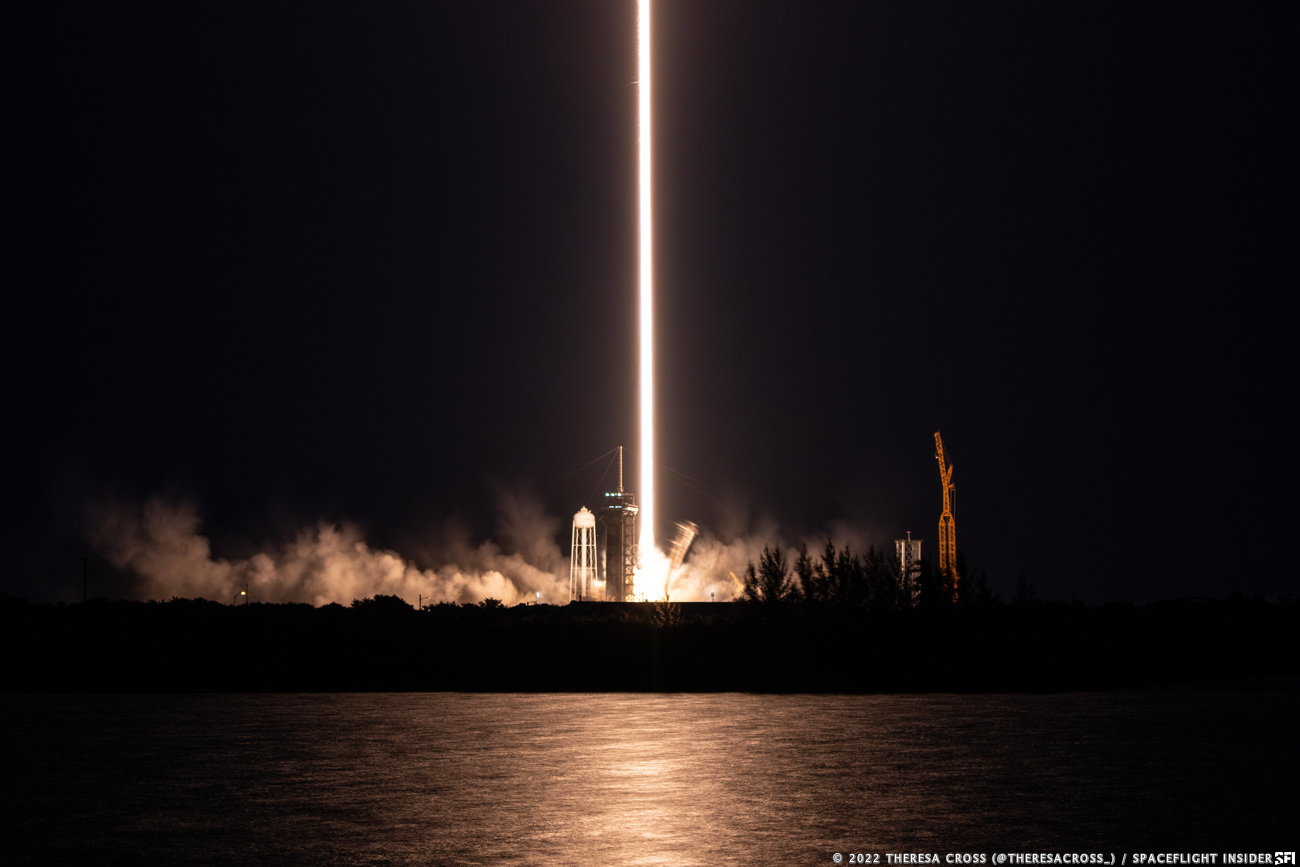 The focus of the study is to understand how space can affect the microbes as they may make a beneficial contribution to the growth of crops one day on the lunar surface.

Another investigation on CRS-25 is sponsored by NASA’s Launch Services Program to help scientists better understand our planet’s climate and weather systems by using multiple cameras taking thermal images of cloud tops, the ocean surfaces and the ocean itself.

Aging off Earth happens quicker in space. Tissue chips containing human cells in 3D structure are enroute to the orbiting laboratory so scientists can study how they respond to stress, drugs, genetic changes and immune functions and the ability to recover.

A study to measure the mineral components in dust found in Earth’s arid regions using NASA imaging spectroscopy is also aboard cargo Dragon.

Dust can affect the quality of air and other surface conditions on Earth as well as humans. The study calls for mapping regions of Earth for one year that produce dust, so scientists can further evaluate the overall effects of all life on Earth.

Once CRS-25’s time at the ISS is over, it’ll be reloaded with experiments and equipment to be returned to Earth. It’ll undock and perform a splashdown off the coast of Florida.