In 2014, the Japan Aerospace Exploration Agency (JAXA) dispatched its Hayabusa2 spacecraft to rendezvous with 162173 Ryugu, a Near-Earth Asteroid (NEA) that periodically passes close to Earth. In 2018, this sample-return mission reached Ryugu and spent the next year and a half studying its surface and obtaining samples from its surface and subsurface. By 2020, these samples made it back to Earth, where scientists began analyzing them in the hopes of learning more about the early history of the Solar System and answering key questions about the origins of life.

Earlier this year, the first results of the analysis showed that Ryugu is (as expected) rich in carbon, organic molecules, and volatiles (like water) and hinted at the possibility that it was once a comet. Based on a more recent analysis, eight teams of Japanese researchers (including one from JAXA) recently announced that Ryugu carries strains of no less than 20 different amino acids -the building blocks of DNA and life itself! These findings could provide new insight into how life is distributed throughout the cosmos and could mean that it is more common than previously thought.

This investigation was launched in 2021 by the JAXA and numerous Japanese research institutions, including the University of Tokyo and Hiroshima University. Initially, the analysis found evidence of 10 types of amino acids, but that number has since grown to 20. Since C-type asteroids are composed of material left over from the formation of the Solar System, the study of these ancient bodies could reveal things about its early history. While samples of asteroids have been found on Earth that contained organic molecules, it is uncertain if this was the result of contamination by Earth’s biosphere. 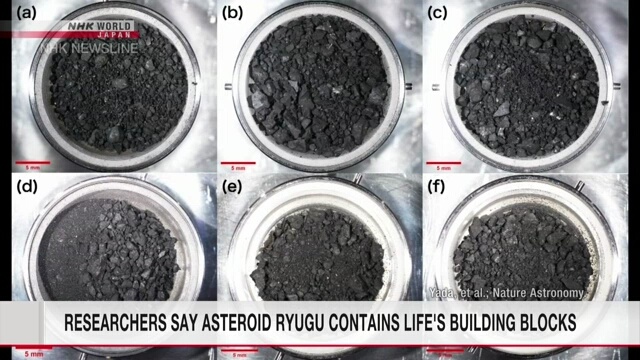 One of the Hayabusa2 mission’s chief objectives was to determine if there is a link between C-type asteroids and carbonaceous chondrites (CC) meteorites. This refers to meteorites that have been altered by water, as indicated by the presence of clay minerals and salts inside them. For some time, scientists have suspected these meteorites come from C-type asteroids that originated in the far reaches of the outer Solar System. These asteroids, composed largely of volatiles like water ice, are believed to have introduced water to the inner Solar System billions of years ago.

In the case of the Ryugu samples, scientists have been looking to answer a longstanding question: are C-type asteroids responsible for distributing water and the building blocks of life throughout the Solar System via CC meteorites? Per the Nebula Hypothesis, the planets coalesced ca. 4.5 billion years ago from a disk of gas and dust that settled around the newly-born Sun. One theory suggests that after Earth accreted from this disk, the planet’s surface was in a molten state that would have destroyed any amino acids. Gradually, meteorites reintroduced them to Earth after the surface cooled.

If this theory is correct, life on Earth emerged thanks to organic material that did not originate here but was introduced by asteroids from the outer Solar System (aka. lithopanspermia). Hiroshi Naraoka, a planetary scientist at Kyushu University and the leader of the team, explained at the Lunar and Planetary Science Conference in March:

“We detected various prebiotic organic compounds in the samples, including proteinogenic amino acids, polycyclic aromatic hydrocarbons similar to terrestrial petroleum, and various nitrogen compounds. These prebiotic organic molecules can spread throughout the solar system, potentially as interplanetary dust from the Ruygu surface by impact or other causes.” 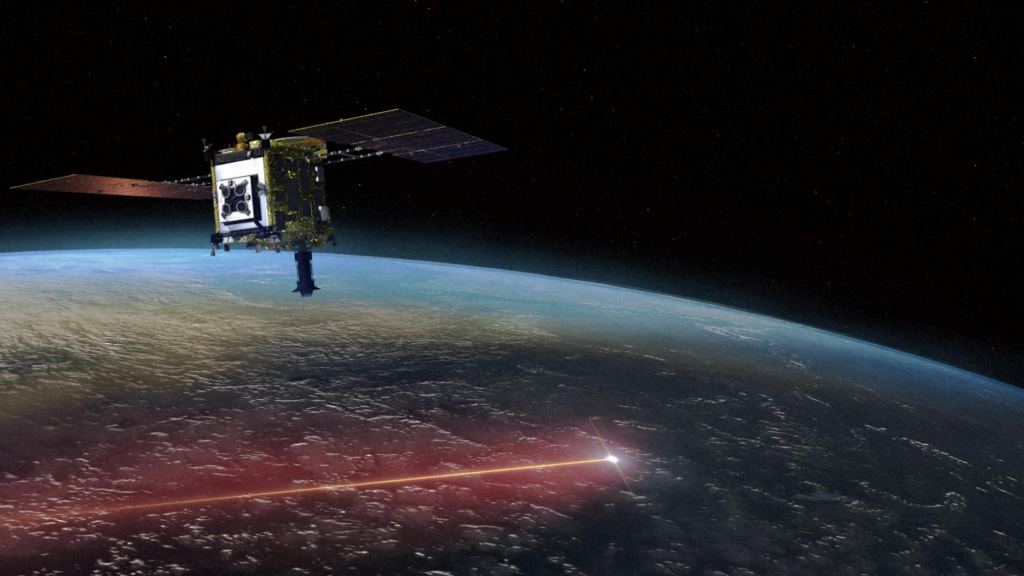 Hayabusa2 was groundbreaking in that it collected samples of subsurface materials that were not weathered by sunlight or cosmic rays. Kensei Kobayashi, a professor emeritus of astrobiology at Yokohama National University, also explained how these findings have significant implications for astrobiology. “Proving amino acids exist in the subsurface of asteroids increases the likelihood that the compounds arrived on Earth from space,” he said, adding that this is a possible indication of how “life could have been born in more places in the universe than previously thought.”

Hayabusa2 is one of a handful of existing or proposed sample-return missions dedicated to investigating the origins of life in the Solar System. Between 2018 and 2021, NASA’S OSIRIS-REx also collected samples from the NEA Bennu, which will be returned to Earth by September 2023. China also plans to launch a sample-return mission of its own, known as Zhenghe, which will launch in 2024 and rendezvous with the NEA Kamo’oalewa by 2032.