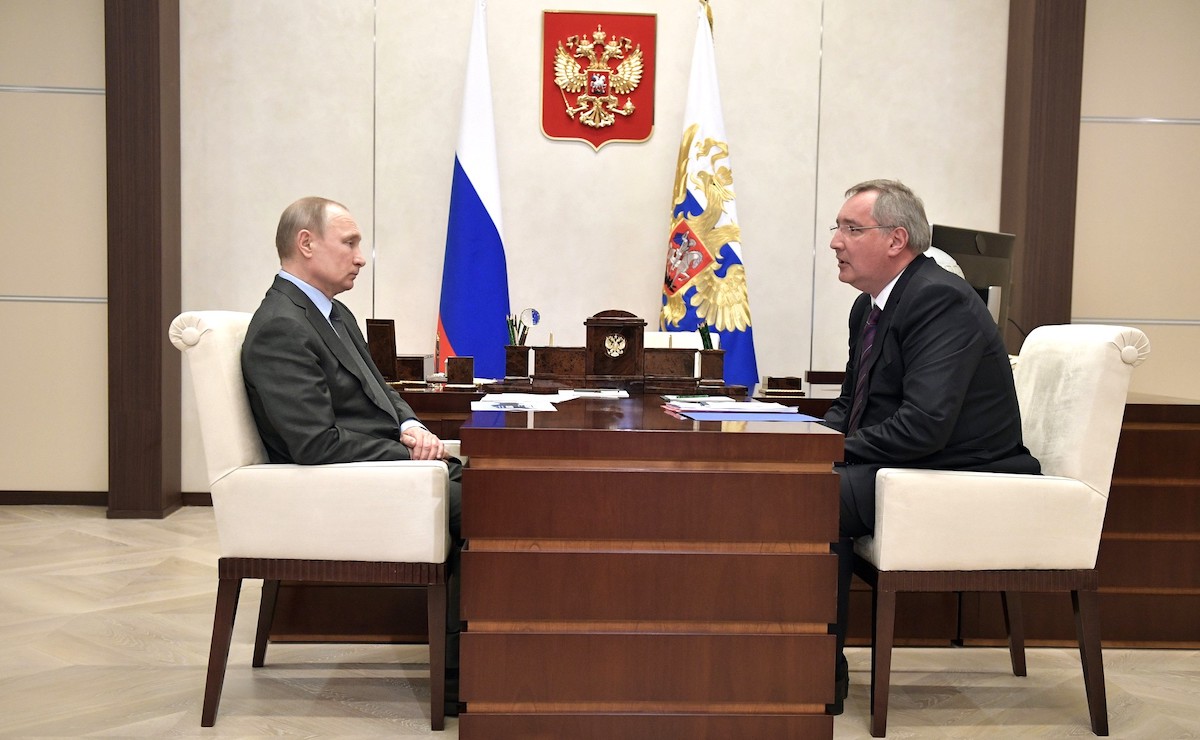 Dmitry Rogozin, the bellicose director of the Russian space agency Roscosmos who has railed against NASA and its western space allies over sanctions imposed in the wake of Russia’s invasion of Ukraine, is stepping down under orders from President Vladimir Putin.

Rogozin, who once derisively joked that NASA would need trampolines to get its astronauts to space without Russian help and who later said the United States would need “broomsticks” to reach orbit without Russian rocket engines, will be replaced by Deputy Prime Minister Yuri Borisov.

The Kremlin announced Rogozin’s dismissal on its website by simply saying Putin “signed the Executive Order on Dmitry Rogozin.” It did not indicate what led to the decision, whether Rogozin was being re-assigned to some other government function or even whether the dismissal was punitive.

The shakeup came as NASA and Roscosmos put the finishing touches on a long-sought agreement to resume “integrated” launch operations, that is, assigning cosmonauts to SpaceX Dragon crews and NASA astronauts to Russian Soyuz crews for flights to the International Space Station.

The “seat-swap” arrangement will ensure at least one cosmonaut or astronaut is always aboard the space station to operate or repair their agency’s systems even if an emergency forces a Soyuz or Crew Dragon to leave early, taking all that vehicle’s crew members home with it.

The agreement goes into effect with the next two crew rotation flights in September. NASA astronaut Frank Rubio will join Russian cosmonauts Sergey Prokopyev and Dmitry Petelin aboard the Soyuz MS-22 vehicle, scheduled for launch from the Baikonur Cosmodrome in Kazakhstan on Sept. 21. 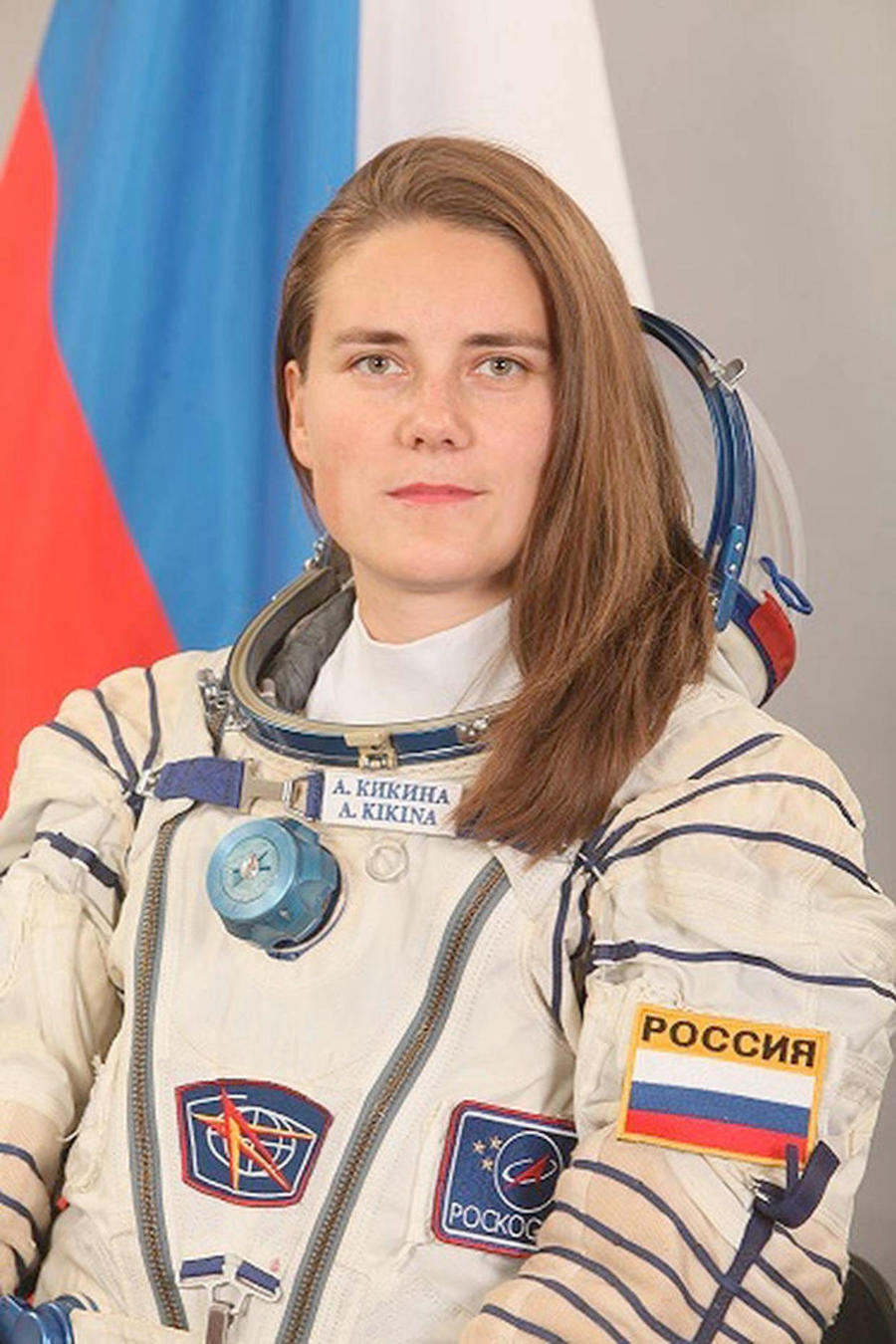 Anna Kikina is the only woman in Russia’s cosmonaut corps. Credit: Roscosmos

Cosmonaut Anna Kikina also will launch in September aboard a SpaceX Crew Dragon capsule along with NASA astronauts Nicole Mann, Josh Cassada and veteran Japanese astronaut Koichi Wakata. Launch had been targeted for Sept. 1, but NASA officials are no longer saying when the mission might get underway, indicating a delay may be in the offing.

“The station was designed to be interdependent and relies on contributions from each space agency to function,” the NASA statement said. “No one agency has the capability to function independent of the others.”

The agreement comes amid escalating Cold War-level tension between Russia, the United States and Europe over the ongoing invasion of Ukraine. Rogozin has been particularly vocal on social media in response to western sanctions and other perceived threats.

His departure  comes a few days after the European Space Agency pulled out of the joint ESA-Roscosmos ExoMars mission, a high-profile project to land a sophisticated rover on the red planet to search for signs of past life. Roscosmos earlier terminated commercial Soyuz launch operations at ESA’s Kourou, French Guiana, flight facility.

ESA said it was ending its participation in ExoMars due to Russia’s actions in Ukraine. Rogozin responded by saying Roscosmos would not allow use of a new ESA robot arm launched last year as part of the Russian Nauka multi-purpose laboratory module.

ESA astronaut Samantha Cristoforetti and Russian station commander Oleg Artemyev are scheduled to carry out a spacewalk next Thursday to outfit the arm and prepare it for operational use. Despite Rogozin’s comments, those preparations are continuing and it’s not clear how serious he might have been.

Rogozin’s post-invasion initially triggered widespread concern about the future of the ISS, but as they continued, the posts were taken less seriously and now have become fodder for jokes in the West.

SpaceX, which has now launched 164 Falcon 9 rockets — 30 so far this year alone — recently used Rogozin’s broomstick comment to make a patriotic affirmation of U.S. rocket technology to the delight of listeners tuned in to a company launch webcast.

“Time to let the American broomstick fly, and hear the sound of freedom!” SpaceX launch director Julia Black said as a Falcon 9 countdown neared zero. “LD is go for launch.”

But Rogozin’s criticisms of American policy and threats to end space station cooperation were not taken lightly. He even joked about nuclear weapons. 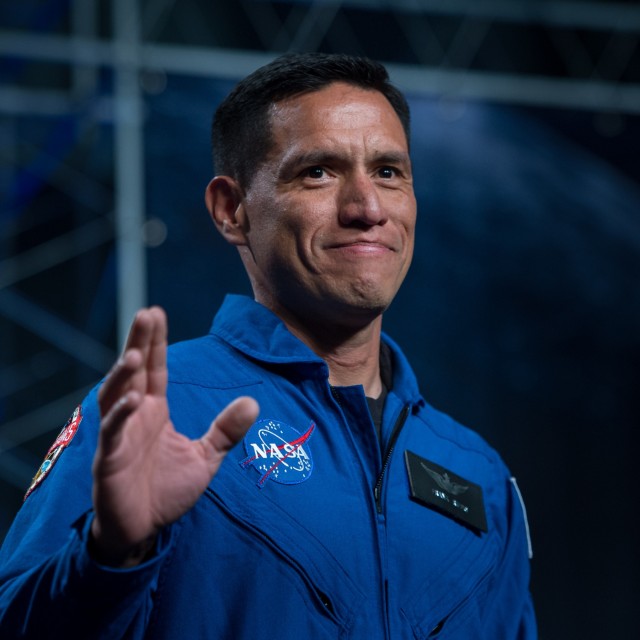 NASA astronaut Francisco Rubio, a former helicopter pilot and physician in the U.S. Army, will fly on a Russian Soyuz spacecraft to the space station in September. Credit: U.S. Army

When sanctions were imposed on three Russian companies that provide propellants and technology for Russian ICBMs, Rogozin tweeted “now their products will not be able to obtain visas to visit the United States. Strange, because by definition they enjoy a visa-free regime and are always ready to visit the aggressor country.”

He has suggested President Joe Biden suffers from Alzheimer’s disease and said Russian thrusters are all that allow the space station to dodge threatening “space garbage, with which your talented businessmen have polluted the near-Earth orbit.”

He was presumably referring to SpaceX founder Elon Musk and his company’s ongoing effort to launch thousands of Starlink internet satellites.

“If you block cooperation with us, who will save the ISS from an uncontrolled deorbit and fall into the United States or Europe? There is also the option of dropping a 500-ton structure to India and China,” Rogozin said in remarks translated by Google. “Do you want to threaten them with such a prospect? … All the risks are yours. Are you ready for them?”

NASA Administrator Bill Nelson and other agency leaders have never responded to Rogozin’s broadsides, avoiding any direct criticism of Roscosmos. Instead, they have only said NASA continues to work with the Russian space agency to safely operate the space station, which cannot be operated by either country on its own.

Russia provides the propellant and thrusters, either on the station or visiting Progress cargo ships, to change the station’s orbit and offset the effects of atmospheric drag. NASA provides the bulk of the lab’s electrical power, the massive gyroscopes that help maintain the station’s orientation and a station-wide computer and communications network.

Russian cosmonauts are not trained to operate U.S. systems and vice versa, meaning at least one astronaut and one cosmonaut must be aboard at all times. If either side pulled out, the other likely would have to depart as well, or quickly come up with alternative systems.

NASA wants to operate the space station through 2030, but Russian cooperation is required. And it’s not yet known whether Russia will go along.