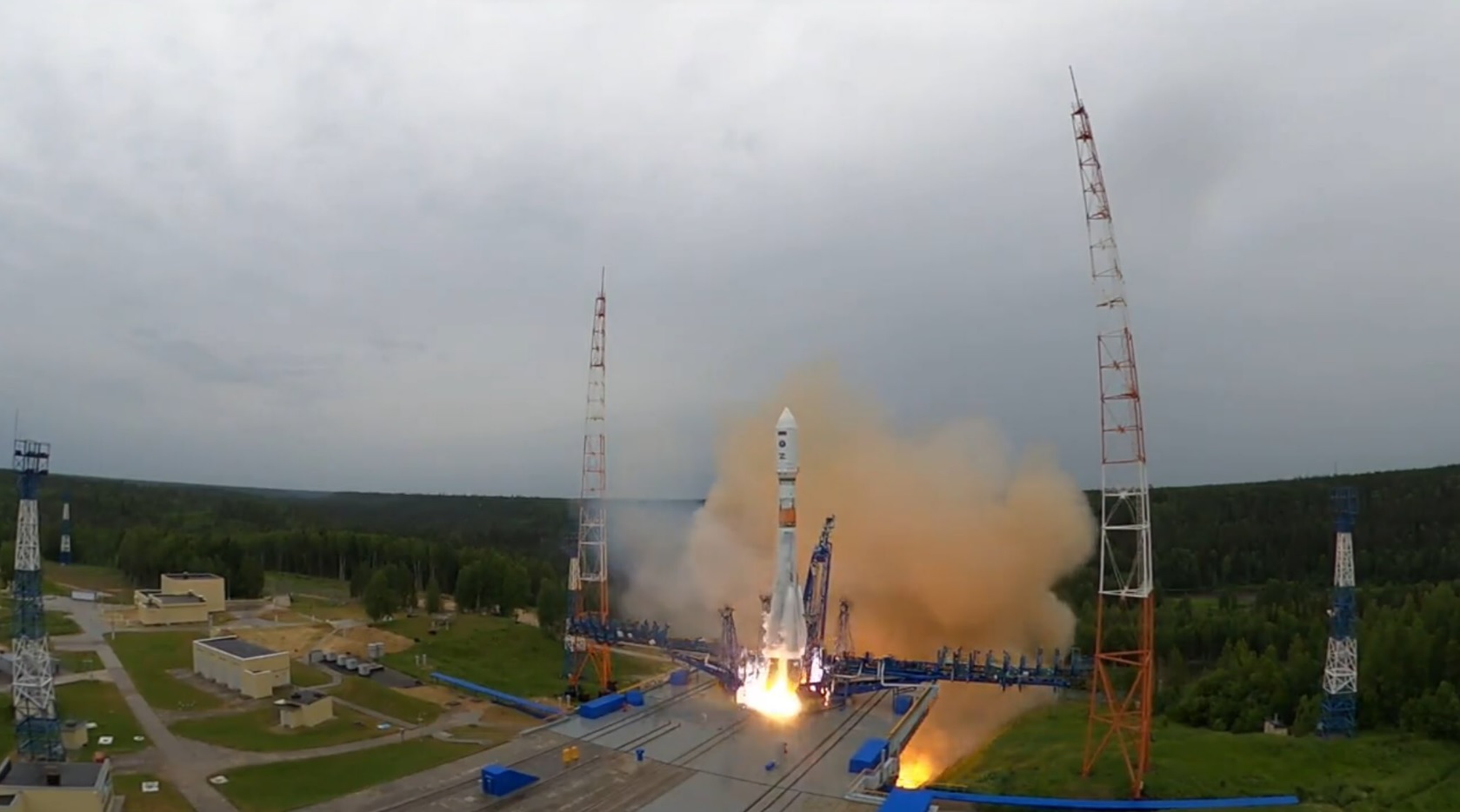 The Russian Aerospace Forces (VKS), itself a division of the Armed Forces of the Russian Federation, continued to build on their 2022 campaign with the successful launch of a GLONASS-K navigation satellite on a Soyuz rocket. The launch, which took place from Site 43/4 at the Plesetsk Cosmodrome in northwestern Russia, occurred at approximately 09:18 UTC on Thursday, July 7.

The Soyuz vehicle that was used for the mission was the 2.1b variant, which flies with the standard Soyuz 2 booster and core stage engines but features an updated RD-0124 motor on the Blok-1 second stage.

The more powerful engine attains a maximum specific impulse, or Isp, of 359 seconds in a vacuum — an improvement over the baseline RD-0110 engine that flies on the Soyuz 2.1a with an Isp of 326 seconds. Specific impulse is a measure of efficiency for rocket engines, akin to fuel mileage in an automobile. 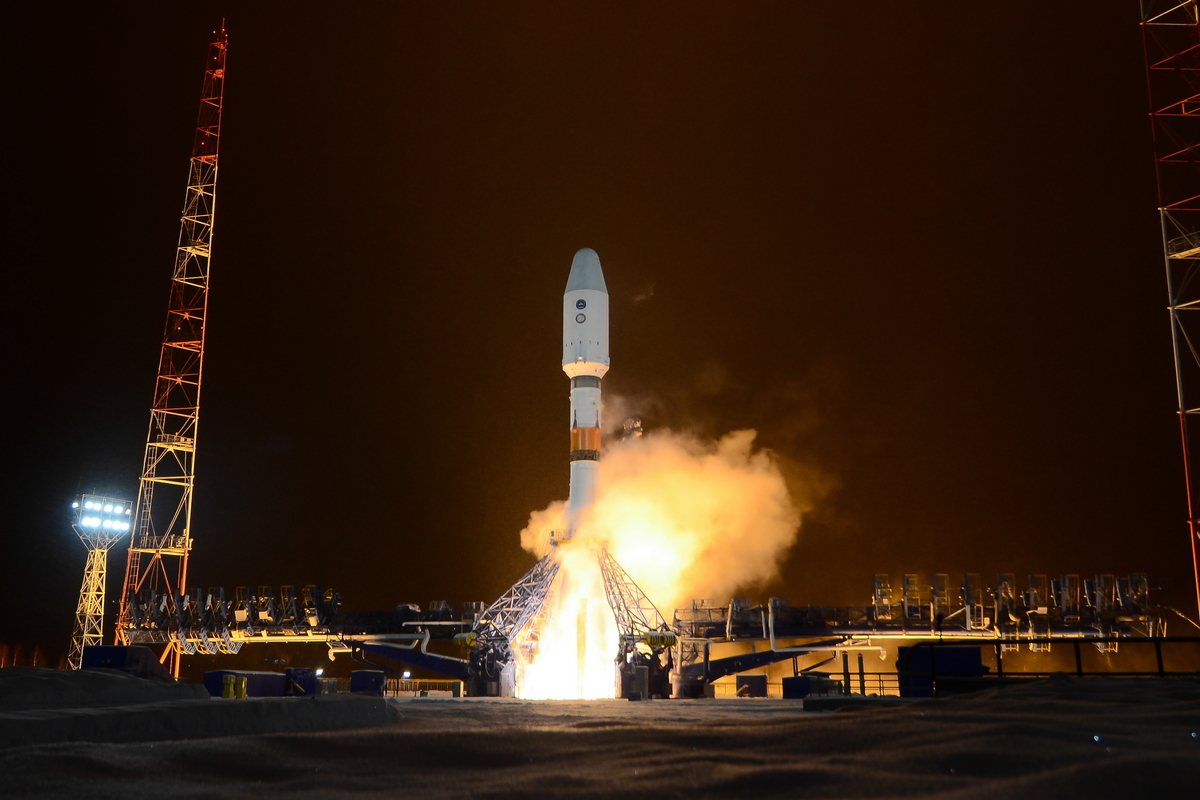 A Soyuz 2.1b vehicle launches from the Plesetsk Cosmodrome in Russia. (Credit: Roscosmos)

The Soyuz 2 family of launch vehicles — including the baseline 2.1a, upgraded 2.1b, and the single-core 2.1v — have flown a total of 143 missions to date with 136 successes, four complete failures, and three partial failures (one between each version).

Of note, some of the failures can be attributed to malfunctions of the optional Fregat-M upper stage, not the Soyuz 2 vehicle itself. The same Fregat-M stage was used on Thursday’s mission as a means of delivering the payload to its final orbit before deployment.

Fregat consists of six tanks — four containing storable propellants and two for avionics — and features an S5.98M thruster that can be restarted up to 20 times in flight, thus allowing it to carry out complex mission profiles.

Thursday’s launch saw the deployment of GLONASS-K No.16L, the fourth in the latest series of GLONASS navigation satellites operated by the Russian Federation. Each spacecraft is developed by ISS Reshetnev, with the first being launched in February 2011 and others following suit in November 2014 and October 2020, respectively.

The GLONASS-K satellites stand as substantial improvements over the previous-generation GLONASS-M constellation, having a longer lifetime and better signals accuracy. 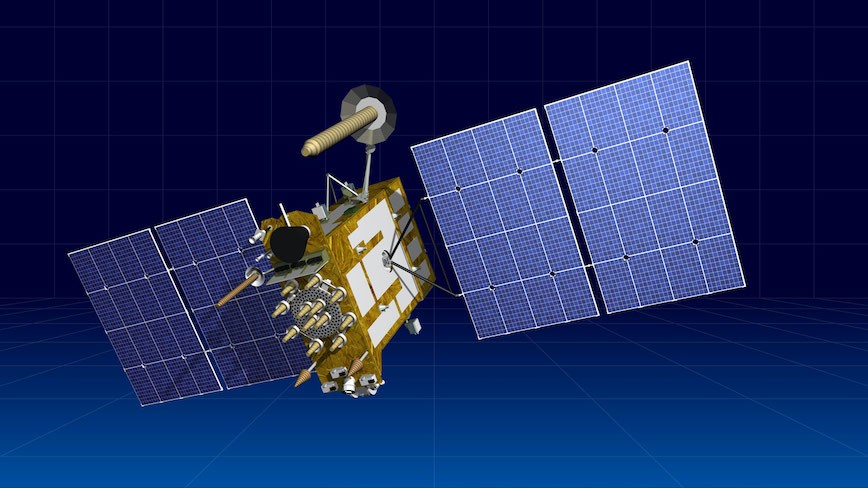 Each GLONASS-K satellite weighs in at approximately 935 kilograms (2,061 pounds) at liftoff — 500 kg lighter than its predecessor in GLONASS-M. The new satellites are able to operate for up to 10 years on orbit (three years longer than GLONASS-M) and have an increased power supply of 1,600 watts.

Now that GLONASS-K No.16L is on orbit, it will be christened with a new public name in accordance with the Kosmos designation system that Russia — along with the former Soviet Union — have used to obscure the identities of military payloads ever since the early 1960s.

GLONASS-K No.16L is expected to be designated Kosmos 2557. However, this is subject to confirmation as Kosmos numbers are occasionally assigned to rideshare payloads deployed by satellites that are already in orbit, which are not always announced.

The newest GLONASS-K spacecraft was launched to replace Kosmos 2461, a GLONASS-M satellite launched by a Proton-M rocket from the Baikonur Cosmodrome in March 2010.

About 16 seconds before liftoff on Thursday, Soyuz ignited its first and second stage engines. After the engines had been throttled to full bore, the swing arms of the launch pad at Plesetsk’s Site 43/4 opened up, and Soyuz began its climb to orbit. The first stage boosters burned for the first 118 seconds of flight before separating simultaneously in a pattern known as the “Korolev Cross,” named in tribute to the Soyuz rocket’s chief designer.

The payload fairings separated roughly three and a half minutes into flight after the Soyuz had climbed out of the dense lower atmosphere where the fairings’ aerodynamic protection was needed. 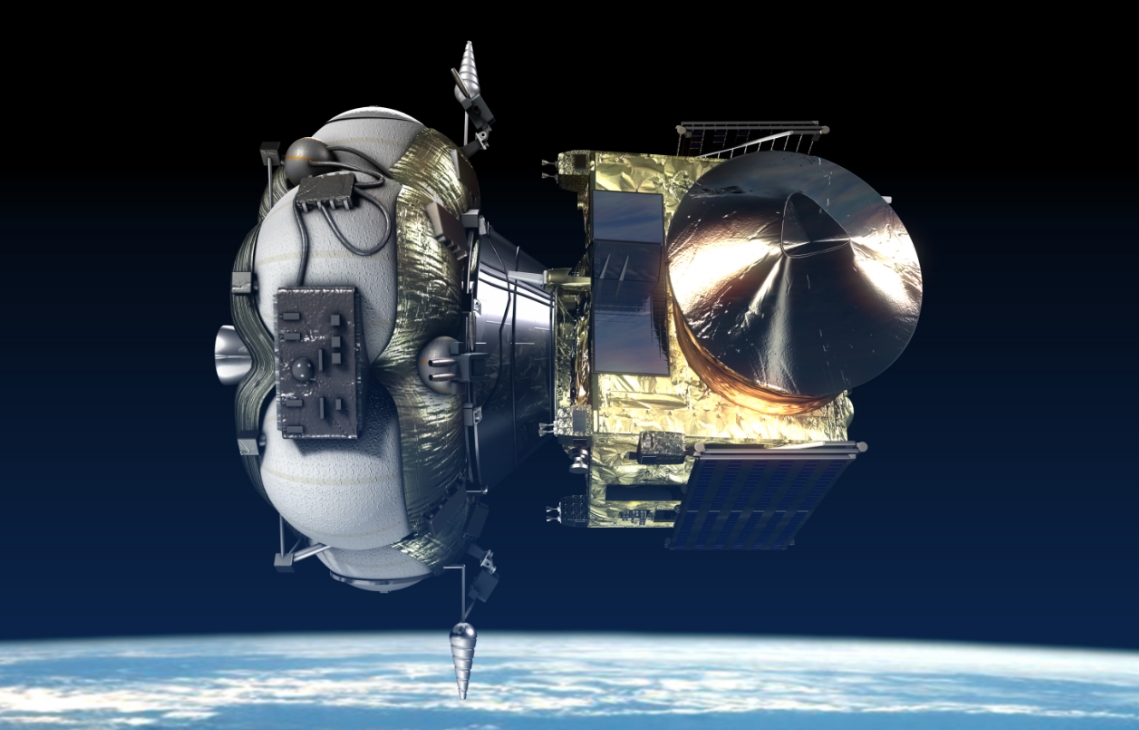 The core Blok-A stage continued to power Soyuz towards space until approximately four minutes and 45 seconds into flight. Shortly before the burn’s conclusion, the Blok-I stage ignited its RD-0124 engine while the Blok-A stage engine was still firing. This “hot staging” or “fire-in-the-hole” separation technique is normal for Soyuz launches, using the thrust from the Blok-A stage to keep the Blok-I stage’s propellants properly settled, eliminating the need for additional ullage or separation motors.

The Blok-I stage made a single burn, lasting just under five minutes as it injected the GLONASS-K satellite and Fregat-M upper stage into an initial parking orbit.

Fregat separated from Blok-1 shortly after the conclusion of the third stage burn. Using its restartable S5.98M engine, which is fueled by unsymmetrical dimethylhydrazine (UDMH) and dinitrogen tetroxide (NTO), the upper stage made three burns spread over the course of approximately three and a half hours. GLONASS-K No.16L was deployed after the end of the final Fregat burn.

After raising its orbit and undergoing checkouts, the satellite will begin its mission, joining the ever-growing fleet of satellites operated by Russia’s Aerospace Forces.