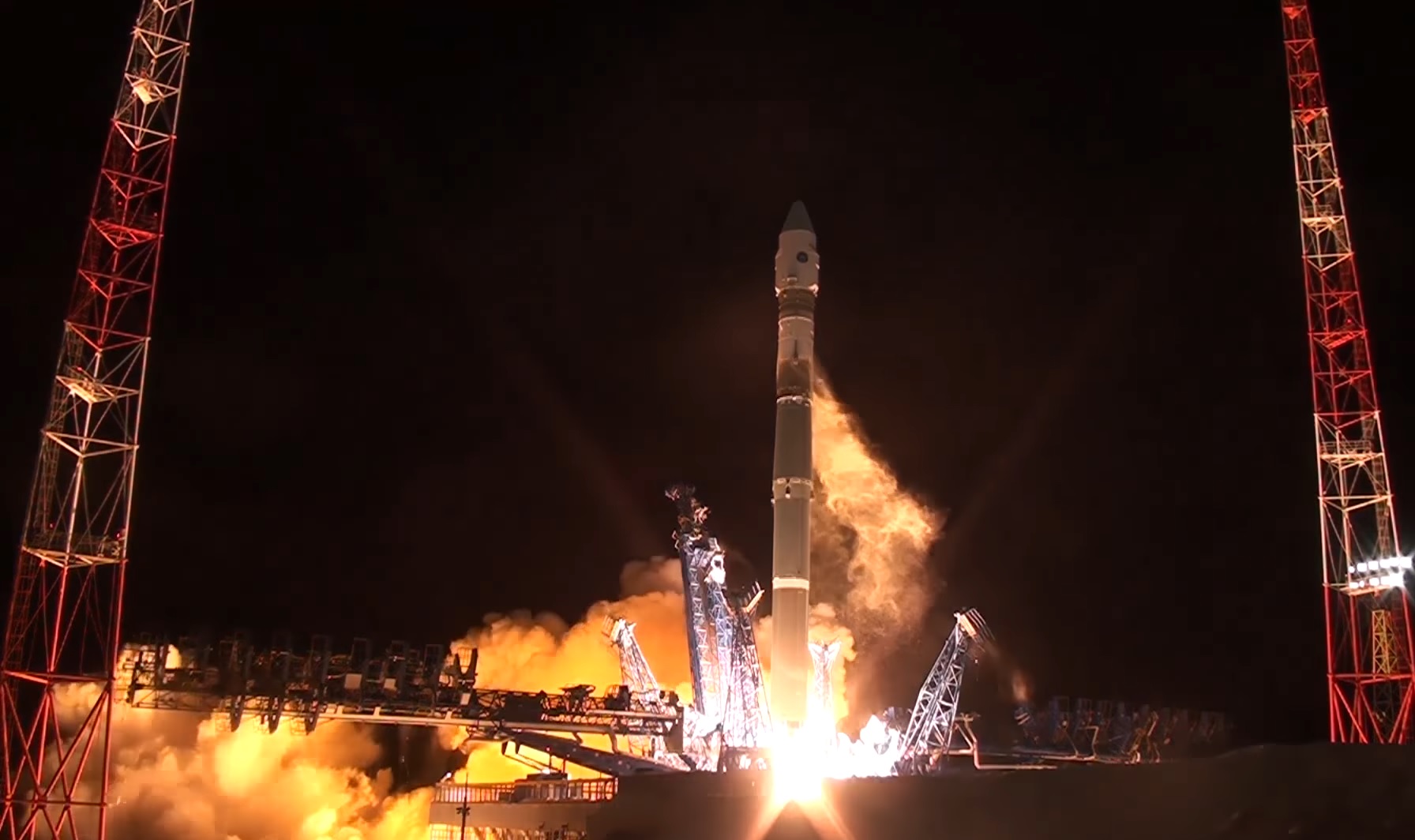 Russia launched a Soyuz-2.1v rocket today at 20:25 UTC from the Plesetsk Cosmodrome in Russia. The payload was the Kosmos-2558 satellite deployed into a Sun-Synchronous Orbit (SSO).

The payload is a satellite by the Russian Defense Ministry, with an unknown purpose. Kosmos is a generic filler name that is used for space assets of the former Soviet Union and now Russia. Kosmos-2558 in this case is a name for the payload that was assigned in order to not give the spacecraft’s true name and purpose.

While no details about this payload are known, there is a suspicion that this payload might have been launched to match the trajectory and flight path of an American satellite, USA-326. This was launched by a SpaceX Falcon 9 last February on the NROL-87 mission and went into a 512 km altitude, 97.4° inclination orbit. It is speculated to be an experimental optical reconnaissance satellite.

The launch comes after a new object was tracked just a week ago from the USA 326 spy satellite. It was designated object 53315 and cataloged in a 348 x 388 km orbit.

The USA-326 satellite phased over the launch site just as the Soyuz-2.1v rocket launched. This also matches the northerly direction NOTAM that was announced before the Soyuz launch. What is possible is that the Kosmos-2558 payload is an inspector satellite that will be used to monitor the appearance and behavior of USA-326 and/or object 53315.

Kosmos is the designation given to Russian military satellites since 1962. It is similar to the USA-X name for US satellites. The first Kosmos, also called Sputnik 11, launched in March 1962.

This is not the first time that a defense satellite of Russia is suspected to be an inspector satellite. For example, the Kosmos 2542/2543 mission in November 2019 was possibly fulfilling that kind of mission, although never confirmed by Russia.

The Plesetsk Cosmodrome in Russia was built in 1957 and since then used for all kinds of orbital launches of the Soviet Union and Russia. The Molniya orbit was frequently accessed from here, as well as sun-synchronous orbits. It launched multiple members of the Soyuz rocket family in the past, as well as the Angara rocket family.

Initially, it was chosen as a potential launch base for the R-7 Semyorka ICBM, as the missile was theoretically able to reach the United States of America from Plesetsk.

Today´s rocket was a Soyuz-2.1v, which is a member of the Soyuz-2 family. It does not feature the signature four boosters on the side of the vehicle, like many other members of the family, and instead only has a single center core that is powered by a single NK-33 engine and the RD-0110 steering engine. 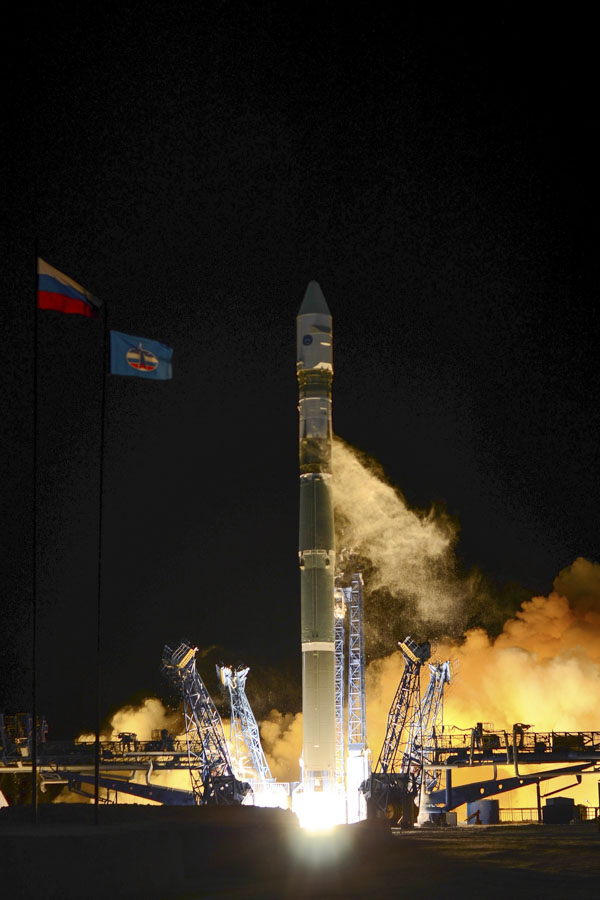 It runs on liquid oxygen and RP-1 kerosene, and is a closed cycle oxygen-rich engine that can produce up to 1,680 kN of thrust at sea level, with a specific impulse of 297 seconds. It will be phased out and replaced by the RD-193 engine once all the NK-33 engines are used.

Also included in the first stage is the RD-0110R steering engine that runs on RP-1 and liquid oxygen. With its four nozzles, it can gimbal and steer the rocket during the first stage flight and provide 230.5 kN of steering thrust.

The rocket itself is 44 meters tall with a diameter of three meters. At liftoff, it has a mass of 158,000 kg. The rocket can bring up to 2,850 kg to LEO, however, it is not known if today´s payload is close to that mass or lower, as no details were released.

The second stage uses the same design as the third stage of the Soyuz-2.1b. It will take over during a hot stage event, in which the engine will ignite first, and then detach from the first stage. This is different from rockets such as Falcon 9, which will first perform an event called Main Engine Cutoff (MECO) before releasing the second stage before ignition.

Of course, this rocket will also not show the Korolev Cross, which is a signature appearance on other Soyuz rocket launches, as it does not feature side boosters.

The second stage is powered by an RD-0124 closed cycle engine that can produce up to 294.3 kN of thrust in vacuum with a specific impulse of 359 seconds. It is powered by the same propellant combination as the first stage.

At the very top of the stack sits the Volga upper stage, which is a final kick stage to bring the payload to the desired orbit. It only provides a thrust of 2.94 kN with a specific impulse of 307 seconds. It can burn for up to 600 seconds and uses the hypergolic fuel oxidizer mix of Dinitrogen tetroxide and Unsymmetrical dimethylhydrazine. It separated nine minutes after liftoff from the second stage.

This was the 8th launch of the Soyuz-2.1v, and the seventh success.