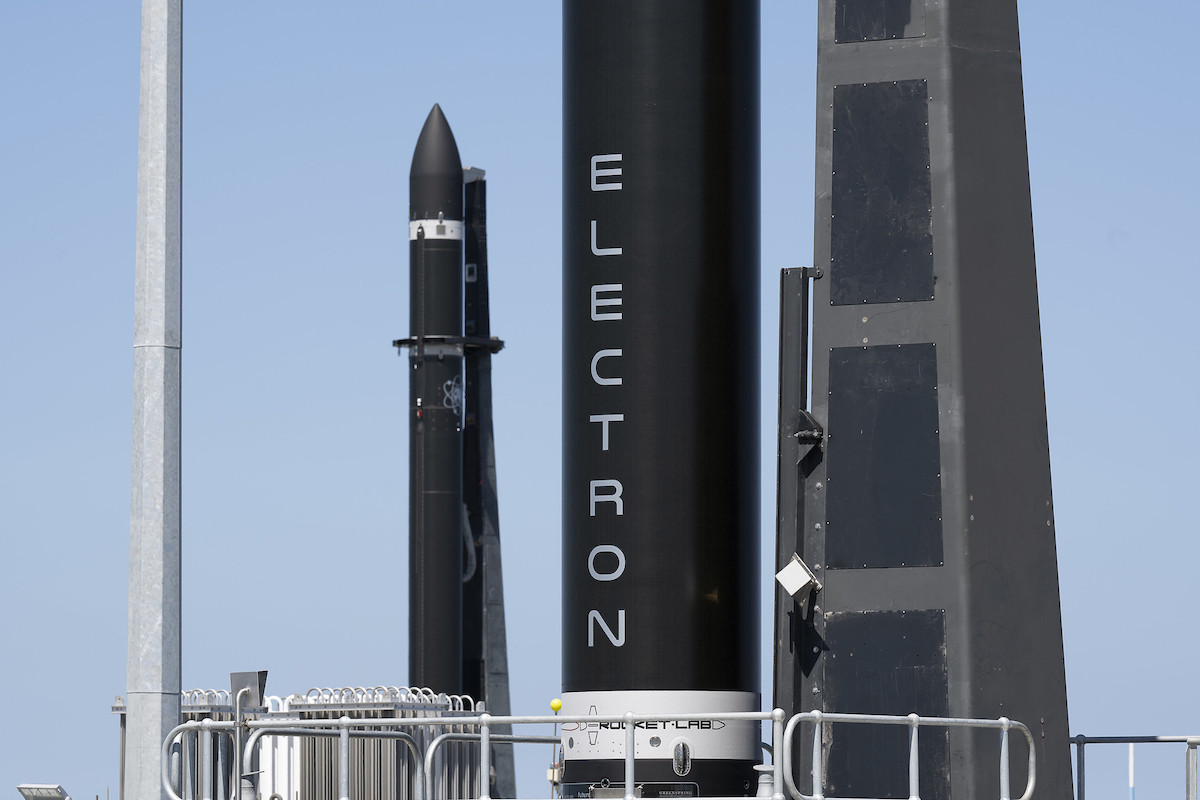 Rocket Lab’s next mission for the National Reconnaissance Office — the second of two back-to-back launches for the U.S. spy satellite agency — has been postponed to complete a software update on the classified payload, the NRO said Monday.

The mission is codenamed NROL-199 and was scheduled to launch Friday from Rocket Lab’s commercial spaceport on the North Island of New Zealand.

“NRO is currently implementing payload software updates for NROL-199,” the NRO tweeted Monday. “As soon as the updates are implemented, NRO and Rocket Lab will provide a new launch date for NROL-199.”

The NROL-199 mission is slated to lift off on Rocket Lab’s Electron launcher from Mahia Peninsula in New Zealand. It is the second of two consecutive NRO missions on Rocket Lab’s schedule, following the launch of the NROL-162 mission on July 13. The NRO mission patch for the NROL-199 mission features a dingo. “Built for speed, agility, and stamina, the dingo is symbolic of the payload to be launched on NROL-199,” the NRO says. Credit: NRO

Rocket Lab’s 59-foot-tall (18-meter) Electron launcher is designed to haul small payloads into space, with the capability to deliver up to 440 pounds (200 kilograms) of cargo into a 310-mile-high (500-kilometer) polar orbit. The light-class commercial launcher has flown 28 times, with 25 successful missions.

If the NROL-199 mission launched Friday as scheduled, it would have launched just nine days after Rocket Lab’s previous mission for the NRO, the U.S. government’s spy satellite agency. The NROL-162 mission on July 13 lifted off 15 days after the preceding Rocket Lab launch boosting NASA’s CAPSTONE small satellite toward the moon, a record turnaround time for the smallsat launch company.

The higher launch rate is enabled by the operation of two launch pads at Rocket Lab’s privately-owned spaceport in New Zealand.

“The NROL-162 and NROL-199 missions will carry national security payloads designed, built, and operated by the National Reconnaissance Office in partnership with the Australian Department of Defence as part of a broad range of cooperative satellite activities with Australia,” the NRO said. “The satellites will support the NRO to provide critical information to government agencies and decision makers monitoring international issues.”

The payloads are classified, as with most NRO satellites. They will operate in low Earth orbit, but the target orbital altitude and inclination have not been released.

The NRO awarded Rocket Lab the contract for the NROL-162 and NROL-199 missions in 2020 through the NRO’s Rapid Acquisition of a Small Rocket, or RASR, contract mechanism.