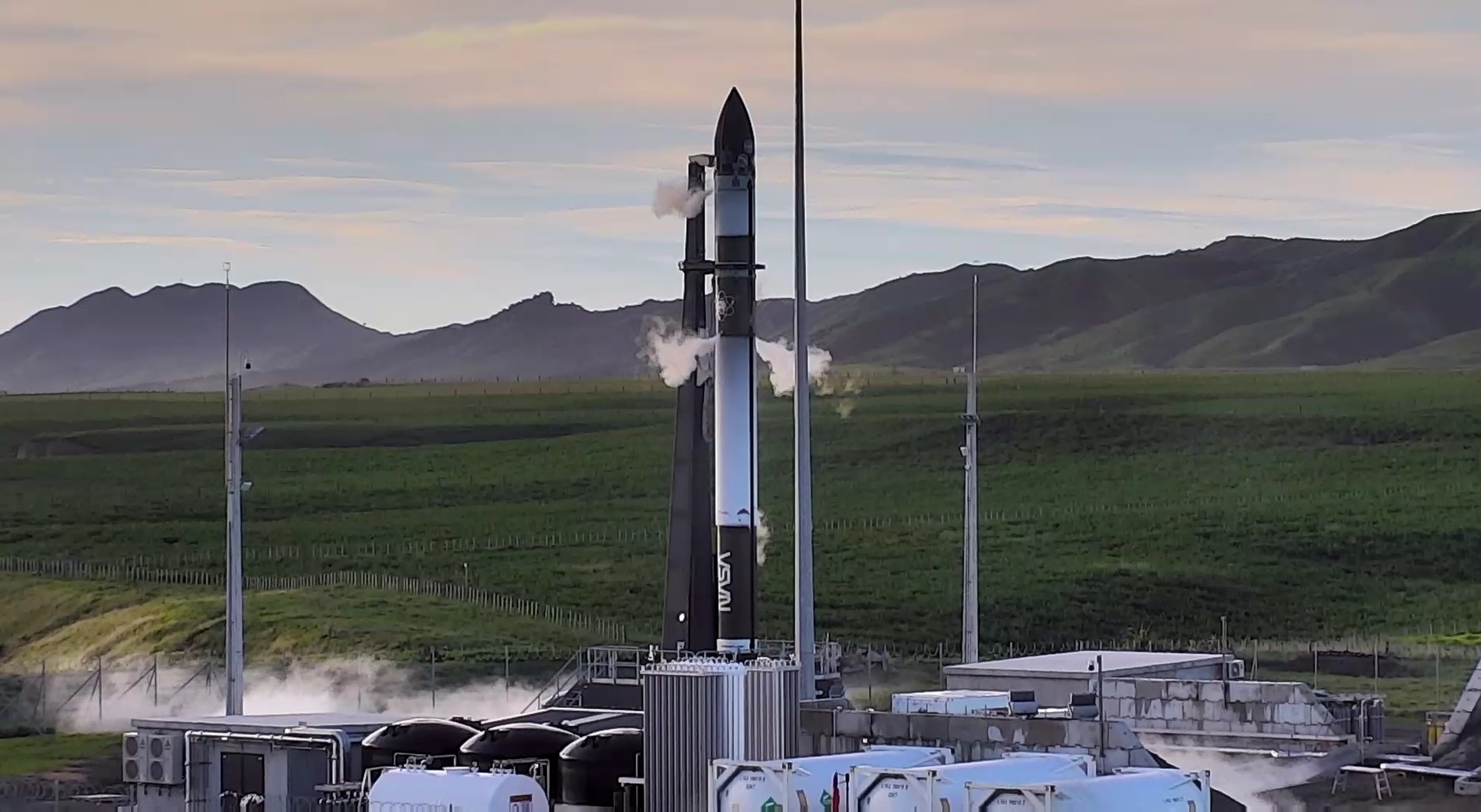 Rocket Lab is all set to launch the CAPSTONE (Cislunar Autonomous Positioning System Technology Operations and Navigation Experiment) satellite to the Moon. It’s the first official mission of NASA’s Artemis program that is seeking to permanently return humans to the surface of our nearest astronomical body.

Launching onboard the Electron rocket, teams are currently targeting 5:55 AM EDT (09:55 UTC) on Tuesday, June 28, for the liftoff from Launch Complex 1B at Rocket Lab’s launch facility on Māhia Peninsula, New Zealand. This mission will make Electron the smallest rocket to launch a payload toward the Moon and the first lunar flight to lift off from New Zealand.

Rocket Lab will not be recovering the first stage on this mission, hence the Electron launch vehicle supporting this mission will fly in a standard configuration without any recovery hardware.

The second stage of the Electron will place the payload in an initial low Earth orbit. To propel the 25 kg (55 lbs) CubeSat to the moon, Rocket Lab’s Lunar Photon — optimized especially for Lunar missions — will give the payload the extra thrust needed to get it to the Moon.

Powered by green-hypergolic propellants, its onboard Hypercurie engine will place the CAPSTONE satellite on a ballistic lunar transfer orbit. Unlike the free return trajectory utilized during Apollo lunar missions of the 1960s and 70s, this fuel-efficient ballistic lunar transfer makes it possible to deploy CAPSTONE to such a distant orbit using a small launch vehicle.

Once in lunar vicinity, the CAPSTONE satellite will use its onboard propulsion systems to place itself in a Near Rectilinear Halo Orbit around the Moon.

CAPSTONE is a CubeSat developed by the Terran Orbital Corporation and managed by NASA’s Small Spacecraft Technology Program within the agency’s Space Technology Mission Directorate.

This is the first mission to launch that directly supports NASA’s Artemis program, which plans to return humans to the Moon and advance humanity’s ways to Mars. As such, CAPSTONE will be the first spacecraft to enter the Near Rectilinear Halo Orbit (NRHO) around the Moon.

Moon orbits can look wonky, depending where you watch from. This is a Halo Orbit, used this weekend by @RocketLab's CAPSTONE https://t.co/vn3hJaAGaX. pic.twitter.com/YB92q73y2E

An NRHO is a one-week, highly eccentric orbit that works with a balancing point in the gravities of the Earth and Moon. This makes the orbit ideal for crewed missions onboard the Gateway space station, NASA’s Orion spacecraft, and/or SpaceX’s lunar variant of Starship as it provides crews routine access to the polar lunar landing sites that are the Artemis program’s targets.

Apart from access to the surface and fuel efficiency, an NRHO will allow scientists to take advantage of the deep space environment for radiation experiments to gather a better understanding of the potential impacts of space weather on people and instruments. Most importantly, an NRHO trajectory also has a continuous line of sight, or “view”, of Earth, resulting in uninterrupted communications between the spacecraft and home.

This differs from the Apollo missions which periodically lost communications with the Earth when they passed behind the Moon.

The NRHO orbit will also bring CAPSTONE within 1,600 kilometers of one lunar pole on its near pass and 70,000 kilometers from the other pole at its peak every seven days, requiring less propulsion capability for spacecraft flying to and from the Moon’s surface than other orbits would allow.

CAPSTONE is planned to reside in this orbit for at least six months to characterize the properties of this unique orbit.

The satellite will also validate the power and the propulsion requirements to maintain this orbit as predicted by NASA’s models, thereby reducing logistical uncertainties for Orion and Starship operations. CAPSTONE will also demonstrate the reliability of spacecraft-to-spacecraft navigation systems as well as its communications capabilities with Earth, something which will be used extensively during the crewed Artemis missions by the Orion spacecraft and Starship Human Landing System (HLS).

CAPSTONE will accomplish these objectives by using its onboard secondary payload flight computer and radio to perform calculations to determine its position in the orbit. This will be done using data taken by NASA’s Lunar Reconnaissance Orbiter (LRO) as a reference point. 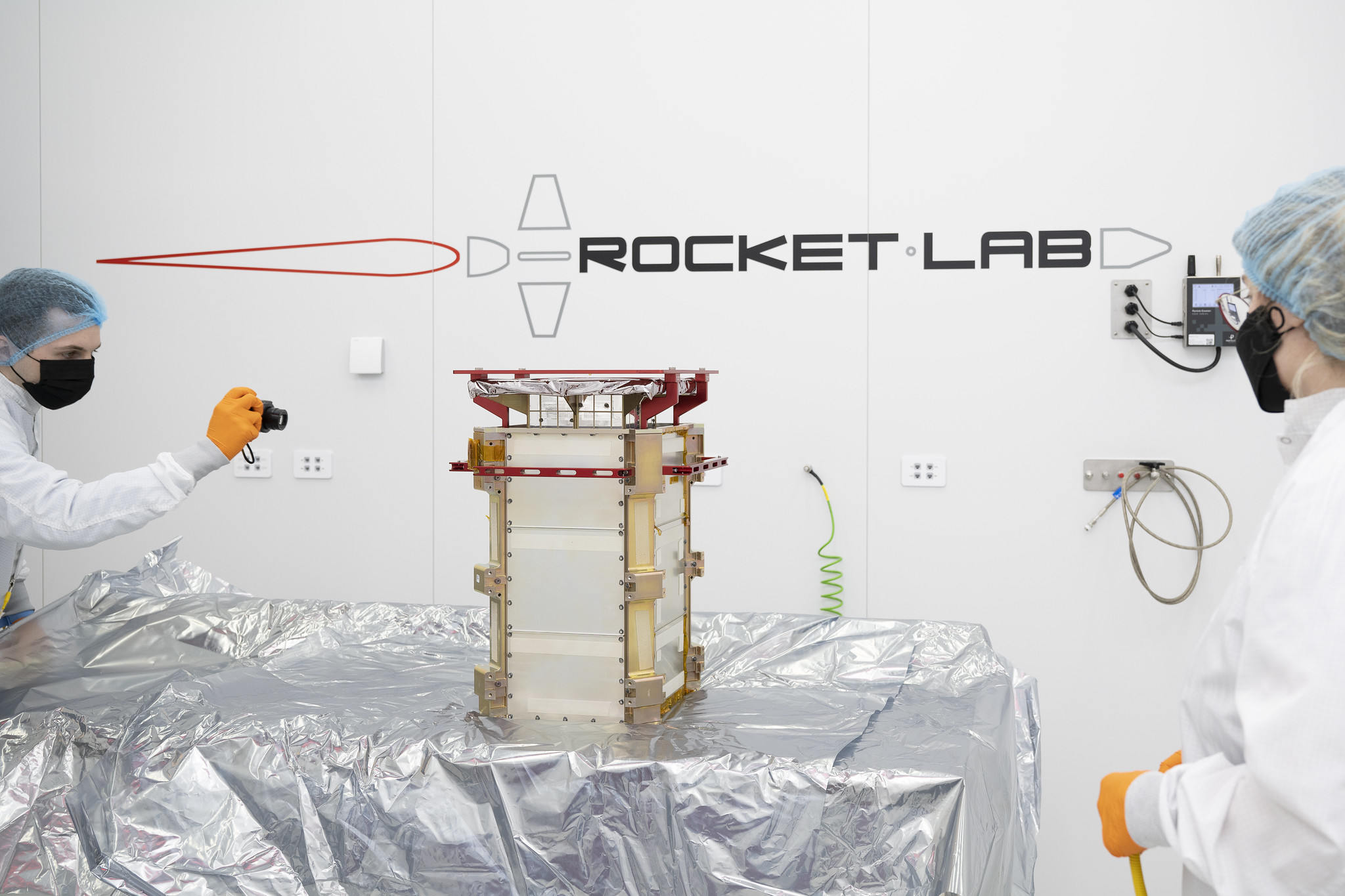 This peer-to-peer navigation system is named Cislunar Autonomous Positioning System, developed by the owner and main operator of the mission: Advanced Space.

This technology will be used to evaluate CAPSTONE’s autonomous navigation software. If successful, this software will allow future spacecraft to determine their location without having to rely exclusively on tracking from Earth.

Overall, these are part of CAPSTONE’s six mission objectives:

Final preparations for launch will begin six hours before liftoff with the closure of the road to the launch site. At T-4 hours, Electron will be raised to the vertical position. After pad connection checkouts, fueling of the rocket with RP-1 kerosene will begin, with liquid oxygen flowing to the rocket at T-2 hours at the same time safety zones are activated for the marine space around the launch track.

What's happening at Launch Complex 1 and Mission Control as we count down to launch? Here's a glimpse of what our team works through in the hours before lift-off! #CAPSTONE pic.twitter.com/nluKRK3viO

At T-30 minutes, airspace closures will take effect for launch. This will be followed at T-18 minutes later by the GO / NO GO poll.

Proceeding from that point, the next major event will occur at T-2 minutes when the launch auto-sequence begins and the Electron’s onboard computers take control of the countdown.

At T-2 seconds, Electron’s 9 Rutherford engines will ignite and build up to full thrust as engine health checks are carried out before the vehicle is released for flight at T0.

Electron will then pitch and roll onto an easterly trajectory to achieve the needed initial low-Earth orbit inclination for the mission. At T+2 minutes 41 seconds, the first stage engines will shut down, followed by the stage separation. At T+2 minutes 51 seconds, Electron’s second stage vacuum-optimized Rutherford engine will ignite, with fairings separating just 27 seconds later.

At T+9 minutes, Electron is expected to achieve a low orbit of 165 kilometers. Over the next five days, Photon’s HyperCurie engine will perform a series of orbit-raising maneuvers from this initial parking orbit roughly once every 24 hours. 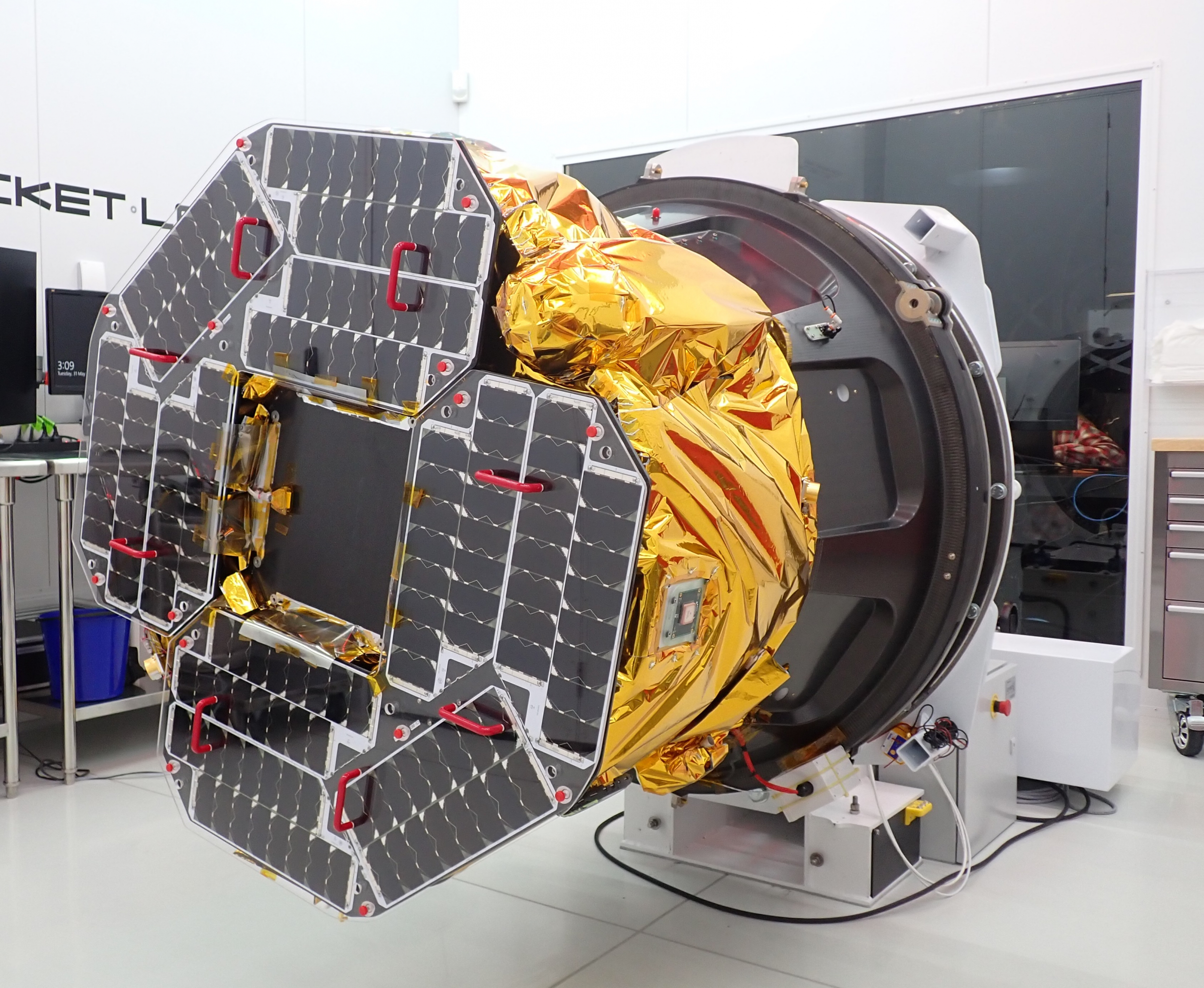 The Photon will perform burns every day to increase the stage’s velocity and increase the eccentricity of the orbit as it continues its way to the Moon. On the sixth day, HyperCurie will burn for the last time, accelerating the payload to 39,500 kilometers per hour and into a trans-lunar injection trajectory that will take CAPSTONE from Earth to the Moon.

Twenty minutes after the Photon’s last burn is complete, CAPSTONE will be released from the Photon satellite bus.

Commanded by teams at the Advanced Space mission operations center, CAPSTONE will then perform a series of planned trajectory correction maneuvers using its onboard low-energy propulsion systems.

Overall, the final Photon burn will send CAPSTONE 1.3 million kilometers from Earth, more than three times to distance to the Moon before the Earth-Moon system’s gravity pulls and tugs it back towards the Moon.

CAPSTONE will arrive in its NRHO of the Moon four months after launch.

The post Rocket Lab & NASA ready to launch CAPSTONE to the Moon appeared first on newsastronomy.com.