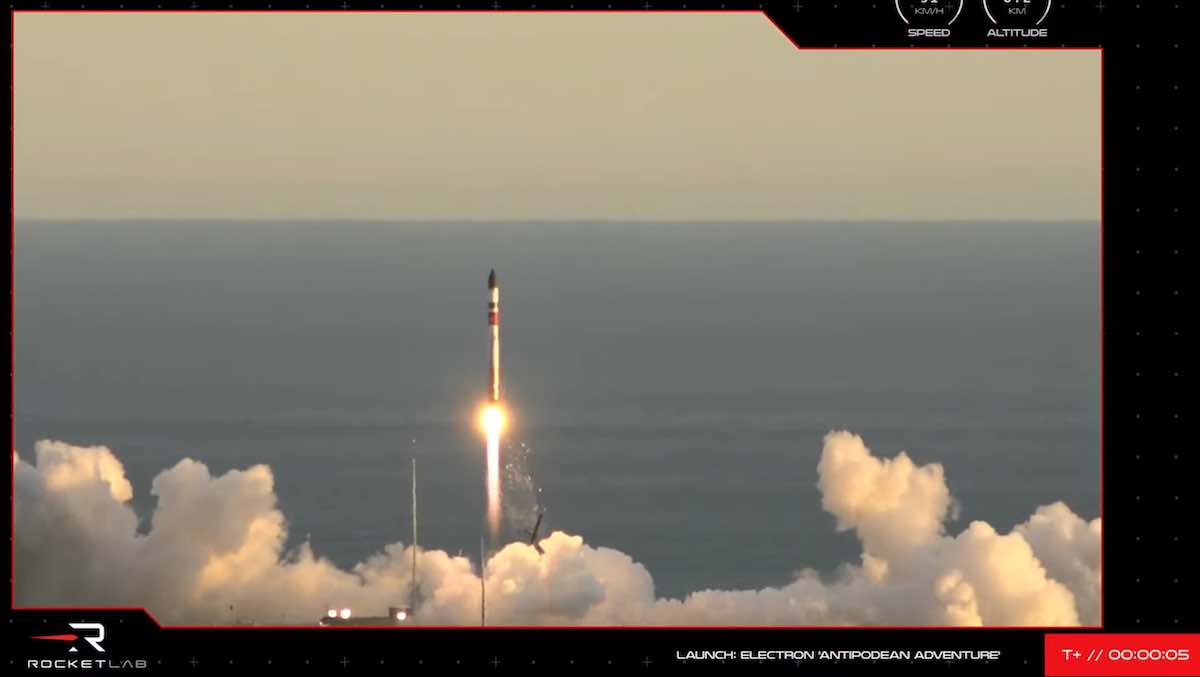 Rocket Lab launched its third mission in a little more than five weeks Thursday in New Zealand, deploying a small classified payload in orbit for the National Reconnaissance Office and continuing the busiest stretch of missions in the company’s history.

The Electron launch vehicle, designed to haul small payloads into orbit, flew downrange from Rocket Lab’s privately-owned spaceport on the North Island of New Zealand, where liftoff occurred at 5 p.m. local time. The rocket shut down its first stage engines about two-and-a-half minutes into the mission. The Electron’s first stage separated from the second stage, which lit a single engine to place the NRO spy satellite payload into a preliminary parking orbit.

The rocket reached the parking orbit about nine minutes after liftoff, then deployed a kick stage with its own thruster to maneuver the NROL-199 payload into its targeted orbit for separation. Rocket Lab’s mission timeline showed the classified cargo was scheduled to separate from the kick stage about an hour into the mission.

Rocket Lab and the NRO declared the launch a success in post-launch press releases, marking Rocket Lab’s 29th Electron mission to date, and the sixth launch by he company this year. It was Rocket Lab’s fourth mission for the NRO, which owns the U.S. government’s top secret fleet of intelligence-gathering surveillance satellites.

“We’re proud to be delivering responsive space capability to the national security community and we’re grateful to the NRO for entrusting us with their missions once again,” said Peter Beck, founder and CEO of California-based Rocket Lab. “Our team is focused on relentless execution for our customers and delivering three successful Electron missions in just over five weeks testament to this.”

Rocket Lab began the sequence of three launches June 28 with a mission to send NASA’s CAPSTONE technology demonstration spacecraft toward the moon.

The Electron launch Thursday was codenamed NROL-199, and it followed the successful launch of the NROL-162 mission on the previous Rocket Lab mission July 13. The back-to-back missions were booked by the NRO with Rocket Lab in 2020 through the spy satellite agency’s Rapid Acquisition of a Small Rocket, or RASR, contract mechanism.

“These missions demonstrate NRO’s capability to launch multiple rockets from overseas locations back-to-back, and both carry national security payloads designed, built, and operated by NRO,” the spy satellite agency said in a mission press kit. “NROL-162 and -199 are NRO’s third and fourth of 2022, and are part of more than a half-dozen planned launches for the year.”

The NROL-199 mission was delayed from July 22 to allow the NRO to complete software updates on the payload. Then high winds forced Rocket Lab to scrub a launch attempt Tuesday. 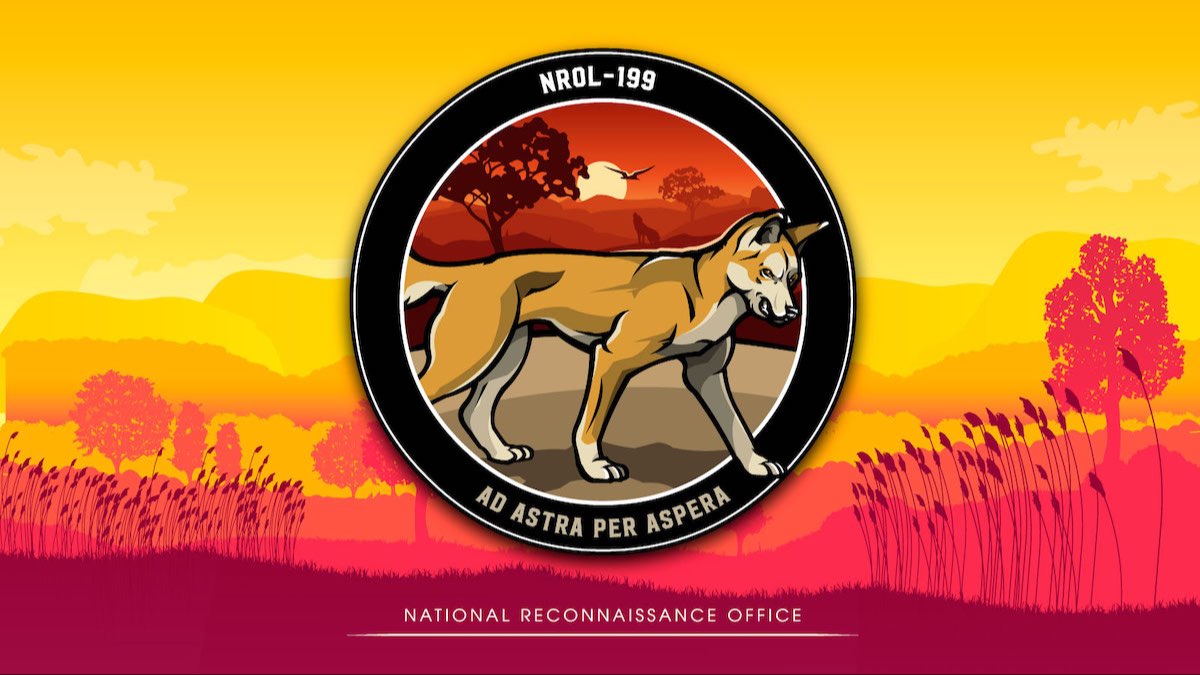 The NRO’s mission patch for the NROL-199 launch. “In the NROL-199 patch, the dingo is an Australian native mammal primarily located in northern Australia. It represents a small to medium-sized canine built for speed, agility, and stamina. These qualities are reflected in the payload to be launched,” the NRO said. Credit: NRO

The payloads on the NROL-162 and -199 missions were developed in partnership between the NRO and the Australian Department of Defence.

“The satellites will support the NRO to provide critical information to government agencies and decision makers monitoring international issues,” the NRO said.

“For the Australian Department of Defence, this is an opportunity to partner with an experienced space acquisition organization as it prepares to acquire its own national security satellite capability towards the end of the decade,” the NRO said.

The payloads are classified, as with most NRO satellites. They launched into low Earth orbit, but the target orbital altitude and inclination have not been released. Maritime warning notices associated with Thursday’s launch suggested the rocket could have headed southeast from the Rocket Lab launch site to place its payload into a high-inclination orbit.

Rocket Lab did not attempt to recover the Electron’s first stage booster on the NROL-199 mission, although the rocket was outfitted with thermal protection, red markings, and other design changes to survive re-entry. Rocket Lab attempted to catch a descending first stage booster earlier this year with a helicopter, but the aircraft had to release the stage prematurely. Another helicopter catch is planned in the next few months, the company said.

“The booster supporting today’s launch is the latest recovery-ready stage to come off the factory floor, but to meet customer requirements for NROL-199, we will not be recovering this stage. National security is today’s mission priority,” Rocket Lab said before launch of the NROL-199 mission.