A microwave oven–sized cubesat launched to space today from New Zealand by commercial company Rocket Lab and their Electron rocket. The small satellite will conduct tests to make sure the unique lunar orbit for NASA’s future Lunar Gateway is actually stable.

The Cislunar Autonomous Positioning System Technology Operations and Navigation Experiment, or CAPSTONE, mission launched at 5:55 a.m. EDT (09:55 UTC) on Tuesday June 28 from the Rocket Lab Launch Complex 1 on the Mahia Peninsula of New Zealand. The Electron has now flown 27 times with 24 successes and 3 failures. 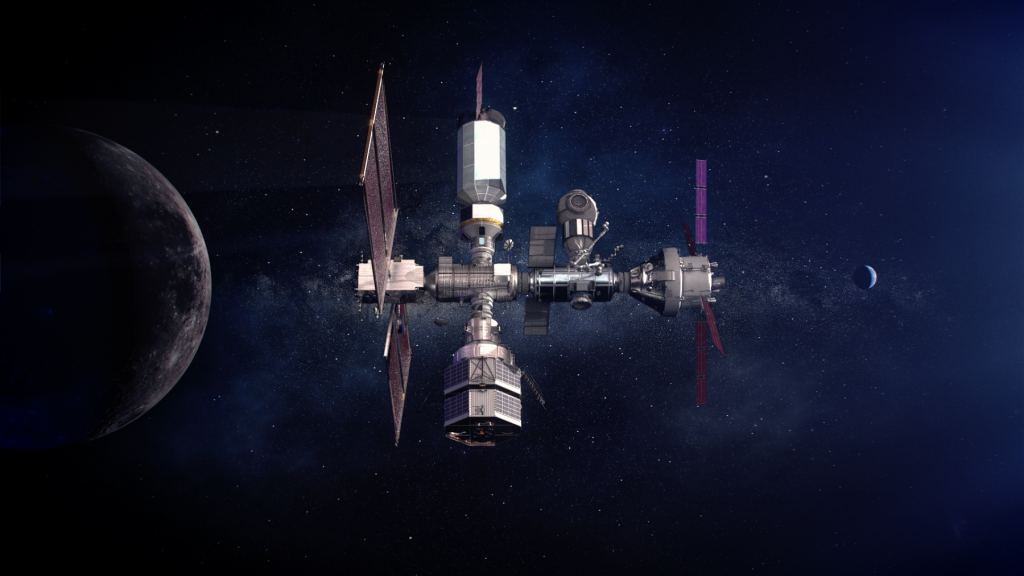 Illustration of the Gateway. Built with commercial and international partners, the Gateway is critical to sustainable lunar exploration and will serve as a model for future missions to Mars. Credit: NASA

The Gateway is a lunar space station that will support NASA’s Artemis program to return to the Moon and enable future missions to Mars. The unusual orbit, called a near rectilinear halo orbit (NRHO), is an elongated polar orbit that brings a spacecraft within 1600 km (1,000 miles) of one lunar pole on its near pass and 70,000 km (43,500 miles) from the other pole every seven days. Since the orbit uses a balance point in the gravities of Earth and the Moon, it is theorized that spacecraft in this type of  orbit require less propulsion capability for spacecraft flying to and from the Moon’s surface than other circular orbits and requires minimal energy to maintain.

CAPSTONE’s mission is to attempt to establish that this location in space provides a stable and ideal location for a space station, as well as a staging area for missions to the Moon and beyond. 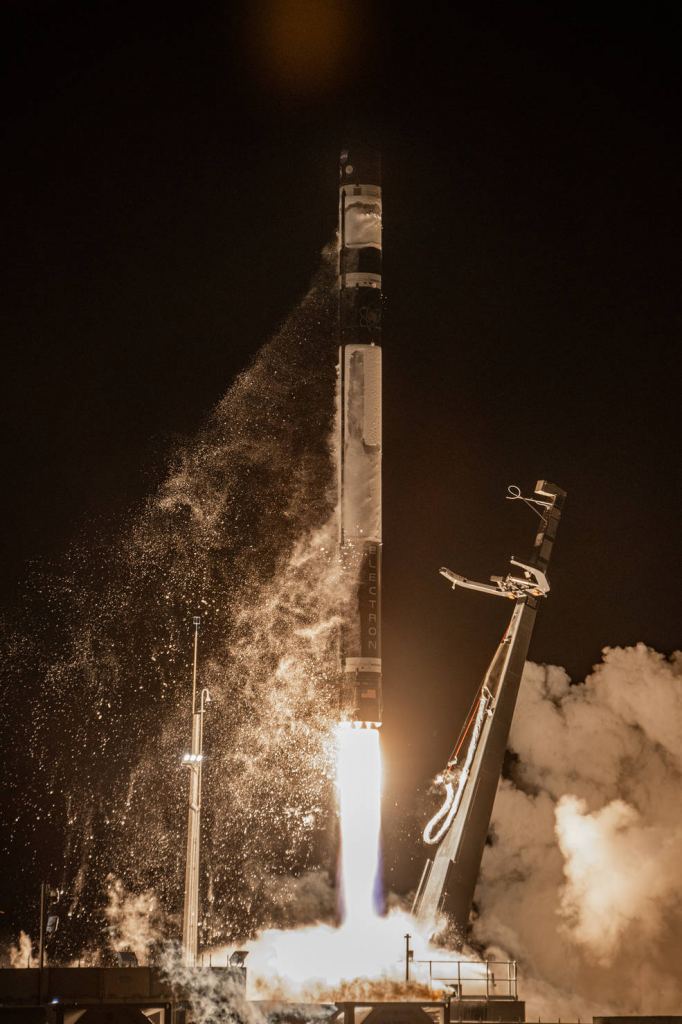 The spacecraft is currently in low Earth orbit, and is attached to Rocket Lab’s Lunar Photon, an interplanetary third stage that will send CAPSTONE on its way to deep space. It will take about four months for it to reach the targeted lunar orbit.

Shortly after launch, Lunar Photon separated from Electron’s second stage. Over the next six days, Photon’s engine will ignite at specific times to accelerate it beyond low-Earth orbit, where Photon will release the CubeSat on a ballistic lunar transfer trajectory to the Moon. CAPSTONE will then use its own propulsion and the Sun’s gravity to navigate the rest of the way to the Moon. NASA says the gravity-driven track will dramatically reduce the amount of fuel the CubeSat needs to get to the Moon.

Animation of the CAPSTONE mission in orbit of the Moon. Credits: NASA/Daniel Rutter

CAPSTONE’s job is to validate the power and propulsion requirements for maintaining its orbit as predicted by NASA’s models. During its many orbits, the CAPSTONE will demonstrate the reliability of an innovative spacecraft-to-spacecraft navigation system, using the reliable and long-lived Lunar Reconnaissance Orbiter – which has been in orbit of the Moon since 2009 – as a touchstone and point of reference, without the use of groundstations. CAPSTONE will determine the distance between the two lunar orbiting spacecraft, and NASA says this technology could allow future spacecraft to determine their position in space without relying exclusively on tracking from Earth.

“CAPSTONE is an example of how working with commercial partners is key for NASA’s ambitious plans to explore the Moon and beyond,” said Jim Reuter, associate administrator for the Space Technology Mission Directorate, in a NASA press release. “We’re thrilled with a successful start to the mission and looking forward to what CAPSTONE will do once it arrives at the Moon.”

Congrats to the #CAPSTONE team for a successful launch this morning! The spacecraft will explore a unique lunar elliptical orbit, the same orbit planned for @NASA_Gateway – a multipurpose outpost for long-term lunar missions as part of the @NASAArtemis program. pic.twitter.com/FRFcfy38WQ

You can follow the spacecraft’s journey live using NASA’s Eyes on the Solar System interactive real-time 3D data visualization. Starting approximately July 5, 2022 NASA will also provide a virtual ‘ride along’ with the CubeSat in a visualization on NASA’s Ames Research Center’s home page as well as providing updates on Twitter and Facebook.

“CAPSTONE is a pathfinder in many ways, and it will demonstrate several technology capabilities during its mission timeframe while navigating a never-before-flown orbit around the Moon,” said Elwood Agasid, project manager for CAPSTONE at NASA’s Ames Research Center in California’s Silicon Valley. “CAPSTONE is laying a foundation for Artemis, Gateway, and commercial support for future lunar operations.”

More on CAPSTONE from NASA.