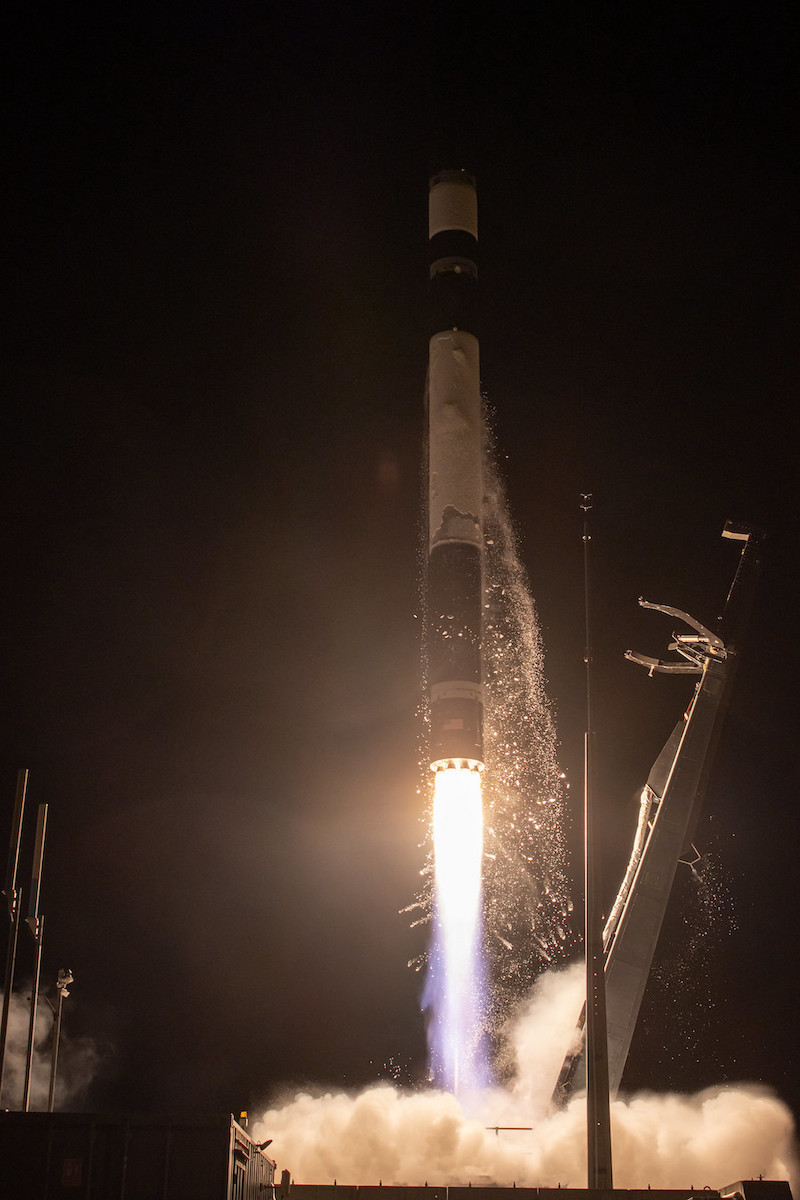 The Electron rocket lifted off from Pad A on Mahia Peninsula in New Zealand at 2:30 a.m. EDT (0630 GMT) Wednesday, carrying the NRO’s top secret cargo on a mission the spy satellite agency codenamed NROL-162.

The launch Wednesday occurred 15 days after Rocket Lab’s previous flight, which hauled NASA’s CAPSTONE spacecraft into space on the way to the moon. The 15-day turnaround was the shortest span between missions in Rocket Lab’s history, but the company aims to improve on that record with another NRO launch from Pad B scheduled July 22.

The U.S. government’s spy satellite agency partnered with the Australian Department of Defence on the two Rocket Lab missions, which will also demonstrate Rocket Lab’s responsive launch capability. The two missions — designated NROL-162 and NROL-199 — are scheduled as little as nine days apart.

The higher launch rate is enabled by the operation of two launch pads at Rocket Lab’s privately-owned spaceport on the North Island of New Zealand. Rocket Lab launched the first mission from Pad B at Launch Complex 1 in February. The new site is located 383 feet (117 meters) from Pad A, which Rocket Lab has used since the first Electron launch in 2017.

“The NROL-162 and NROL-199 missions will carry national security payloads designed, built, and operated by the National Reconnaissance Office in partnership with the Australian Department of Defence as part of a broad range of cooperative satellite activities with Australia,” the NRO said. “The satellites will support the NRO to provide critical information to government agencies and decision makers monitoring international issues.”

The payloads are classified, as with most NRO satellites. They will operate in low Earth orbit, but the target orbital altitude and inclination have not been released.

“For the Australian Department of Defence, this is an opportunity to partner with an experienced space acquisition organization as it prepares to acquire its own national security satellite capability towards the end of the decade,” the NRO said.

“The NRO works with allies and partners to identify and advance common goals,” said Chris Scolese, director of the NRO. “This collaboration with Australia bolsters our partnership and strengthens the foundation for future coordination as we work to secure and expand our intelligence advantage in a competitive space environment.”

The mission patch for the NROL-162 mission. Credit: NRO

“In the NROL-162 patch, the frilled neck lizard is a reptile primarily located in northern Australia and much like the lizard, it represents the small, agile nature of the payload to be launched,” the NRO said. “NROL-162 is significant for NRO as the Australian Department of Defence is a project partner, and the frilled neck lizard chosen for the logo recognizes Australia’s involvement.”

The Latin term “Sapiens Qui Prospicit” on the patch translates to ”Wise is the person who looks ahead.”

The NRO awarded Rocket Lab the contract for the NROL-162 and NROL-199 missions in 2020 through the NRO’s Rapid Acquisition of a Small Rocket, or RASR, contract mechanism.

The NRO said the missions from New Zealand are the agency’s third and fourth launches of the year, following two missions on SpaceX Falcon 9 rockets from California in February and April. The NRO said it has more than a half-dozen launches planned this year. The agency’s next mission is scheduled in August from Vandenberg Space Force Base, California.

Rocket Lab’s Electron rocket is designed to carry small payloads into orbit. The two-stage, liquid-fueled launcher can haul up to 440 pounds (200 kilograms) of cargo into a 310-mile-high (500-kilometer) polar orbit.

The rocket’s second stage ignited a single Rutherford engine to place the NROL-162 payload into a transfer orbit, then deployed a kick stage to perform another burn to reach the mission’s final orbit for payload separation.

“NROL-162 will strengthen NRO’s ability to provide a wide-range of timely intelligence information to national decision makers and intelligence analysts to protect the nation’s vital interests and support humanitarian efforts worldwide,” the NRO said in a press release.

The NROL-162 mission was the 28th flight of an Electron rocket since May 2017, and the third Rocket Lab mission for the NRO. It marked the 11th Rocket Lab launch with a U.S. government payload.