News Astronomy > News > Remember That Rocket That was Going to Crash Into the Moon? Scientists Think They’ve Found the Crater

The Lunar Reconnaissance Orbiter (LRO) – NASA’s eye-in-the-sky in orbit around the Moon – has found the crash site of the mystery rocket booster that slammed into the far side of the Moon back on March 4th, 2022. The LRO images, taken May 25th, revealed not just a single crater, but a double crater formed by the rocket’s impact, posing a new mystery for astronomers to unravel.

Why a double crater? While somewhat unusual – none of the Apollo S-IVBs that hit the Moon created double craters – they’re not impossible to create, especially if an object hits at a low angle. But that doesn’t seem to be the case here. Astronomer Bill Gray, who first discovered the object and predicted its lunar demise back in January, explains that the booster “came in at about 15 degrees from vertical. So that’s not the explanation for this one.”

The impact site consists of an 18-meter-wide eastern crater superimposed on a 16-meter-wide western crater. Mark Robinson, Principal Investigator of the LRO Camera team, proposes that this double crater formation might result from an object with distinct, large masses at each end.

“Typically a spent rocket has mass concentrated at the motor end; the rest of the rocket stage mainly consists of an empty fuel tank. Since the origin of the rocket body remains uncertain, the double nature of the crater may help to indicate its identity,” he said.

So what is it?

It’s a long story. The unidentified rocket first came to astronomers’ attention earlier this year when it was identified as a SpaceX upper stage, which had launched NASA’s Deep Space Climate Observatory (DSCOVR) to the Sun-Earth L1 Lagrange Point in 2015. Gray, who designs software that tracks space debris, was alerted to the object when his software pinged an error. He told the Washington Post on January 26th that “my software complained because it couldn’t project the orbit past March 4, and it couldn’t do it because the rocket had hit the Moon.”

Gray spread the word, and the story made the rounds in late January – but a few weeks later, he received an email from Jon Giorgini at the Jet Propulsion Lab (JPL). Giorgini pointed out that DSCOVR’s trajectory shouldn’t have taken the booster anywhere near the Moon. In an effort to reconcile the conflicting trajectories, Gray began to dig back into his data, where he discovered that he had misidentified the DSCOVR booster way back in 2015.

SpaceX wasn’t the culprit after all. But there was definitely still an object hurtling towards the Moon. So what was it? 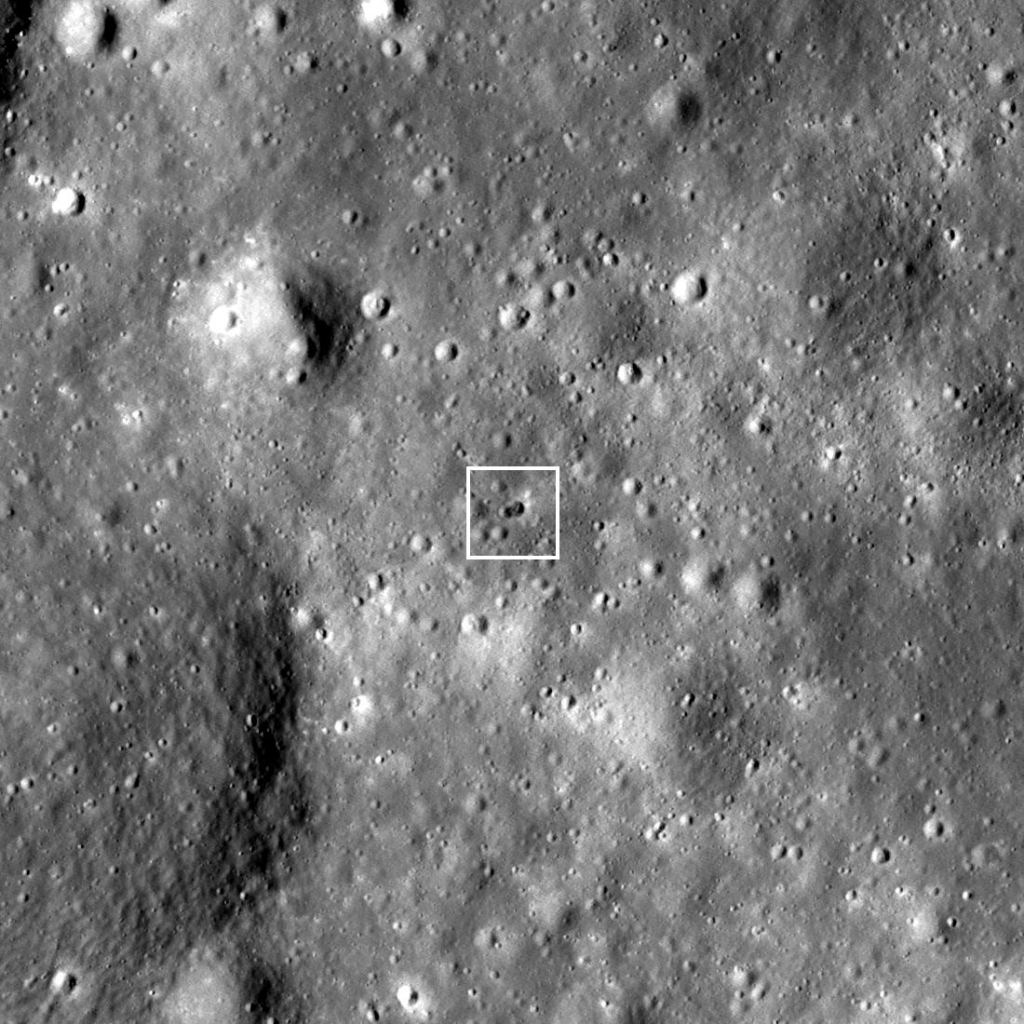 A bit of detective work led Gray to determine it was actually the upper stage of China’s Chang’e 5-T1 mission, a 2014 technology demonstration mission that lay the groundwork for Chang’e 5, which successfully returned a lunar sample to Earth in 2020 (incidentally, China recently announced it would follow up this sample return mission with a more ambitious Mars sample return project later this decade). Jonathan McDowell offered some corroborating evidence that seemed to bolster this new theory for the object’s identity.

The mystery was solved.

Except, days later, China’s Foreign Minister claimed it was not their booster: it had deorbited and crashed into the ocean shortly after launch.

As it stands now, Gray remains convinced it was the Change 5-T1 booster that hit the Moon, proposing that the Foreign Minister made an honest mistake, confusing Chang’e 5-T1 with the similarly named Chang’e 5 (whose booster did indeed sink into the ocean).

As for the new double crater on the Moon, the fact that the LRO team was able to find the impact site so quickly is an impressive feat in itself. It was discovered mere months after impact, with a little help from Gray and JPL, who each independently narrowed the search area down to a few dozen kilometers. For comparison, The Apollo 16 S-IVB impact site took more than six years of careful searching to find.

Bill Gray’s account of the booster identification saga is here, as well as his take on the double crater impact. The LRO images can be found here.

The post Remember That Rocket That was Going to Crash Into the Moon? Scientists Think They've Found the Crater appeared first on newsastronomy.com.