This new image taken of the skies above Chile’s Atacama Desert near the European Southern Observatory’s (ESO) La Silla Observatory, shows bright red streaks in the sky known as red sprites. Red sprites are large-scale electrical discharges that occur high above thunderstorm clouds, usually triggered by the discharges of positive lightning between an underlying thundercloud and the ground. However, the red sprites appear high in Earth’s atmosphere, sometimes 50-90 km in altitude. 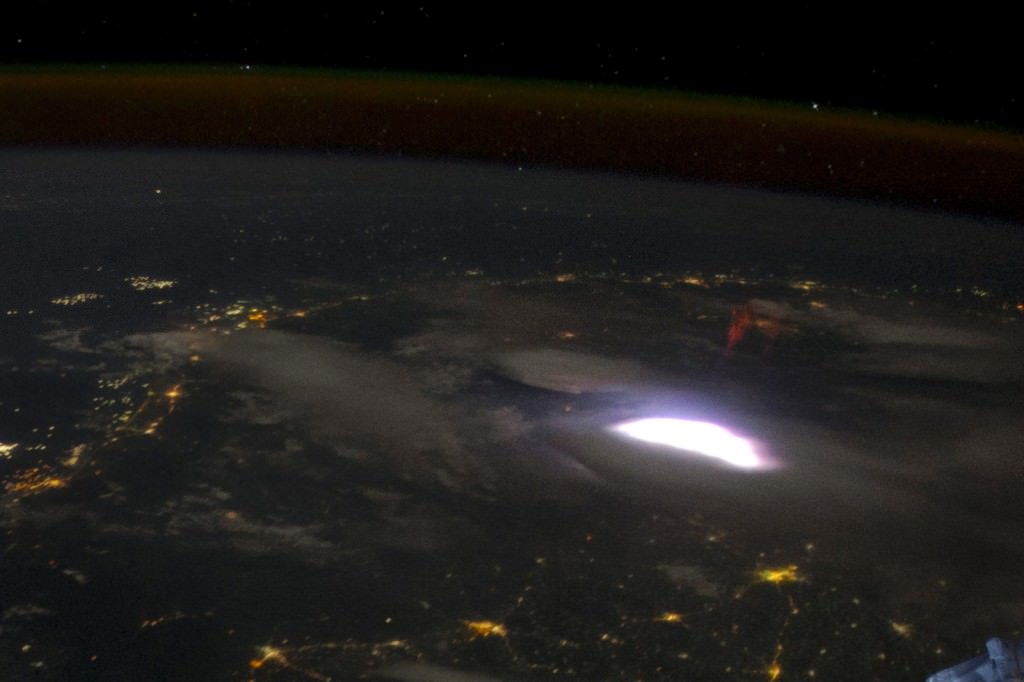 Air glow (along with a lightning sprite) is visible in this image from the International Space Station. Credit: NASA

People have been telling folktales for centuries about mysterious red lights in the sky, which were usually dismissed by experts. According to the Farmer’s Almanac, even when respectable pilots or scientists (including CTR Wilson, a Nobel Prize winning physicist) described them, the scientific community ignored the events. However, in 1989, scientists from the University of Minnesota actually captured pictures of red sprites, and the attitude about them has since changed. While they now have been photographed and filmed thousands of time, — including by astronauts on the International Space Station — red sprites are still a fairly rare occurrence. 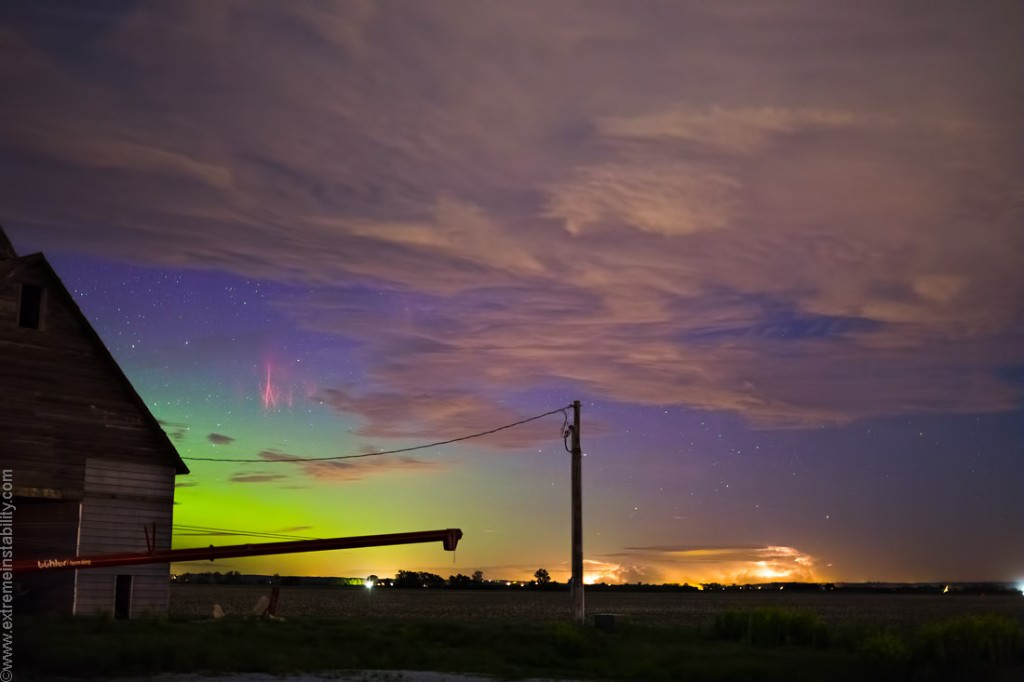 Red sprite lightning appears in the sky with an aurora, as well as a distant thunderstorm, near Denison, Iowa on May 31, 2013. Credit and copyright: Mike Hollingshead, extremeinstability.com

This new photo (lead image and below) from ESO almost looks like a painting. The red sprites appear low on the horizon, only due to the perspective of the camera, located on the platform of ESO’s 3.6m telescope at La Silla. The background of the photograph shows a green hue, known as airglow. ESO explained that during the day, sunlight knocks electrons away from nitrogen and oxygen in Earth’s atmosphere and, at night, these electrons recombine with the atoms and molecules, causing them to shine. Usually, airglow can only be seen in very dark skies where there is no light pollution.

Because of the remote location, with high altitude and lack of light pollution, La Silla is perfect for capturing these unusual phenomena. 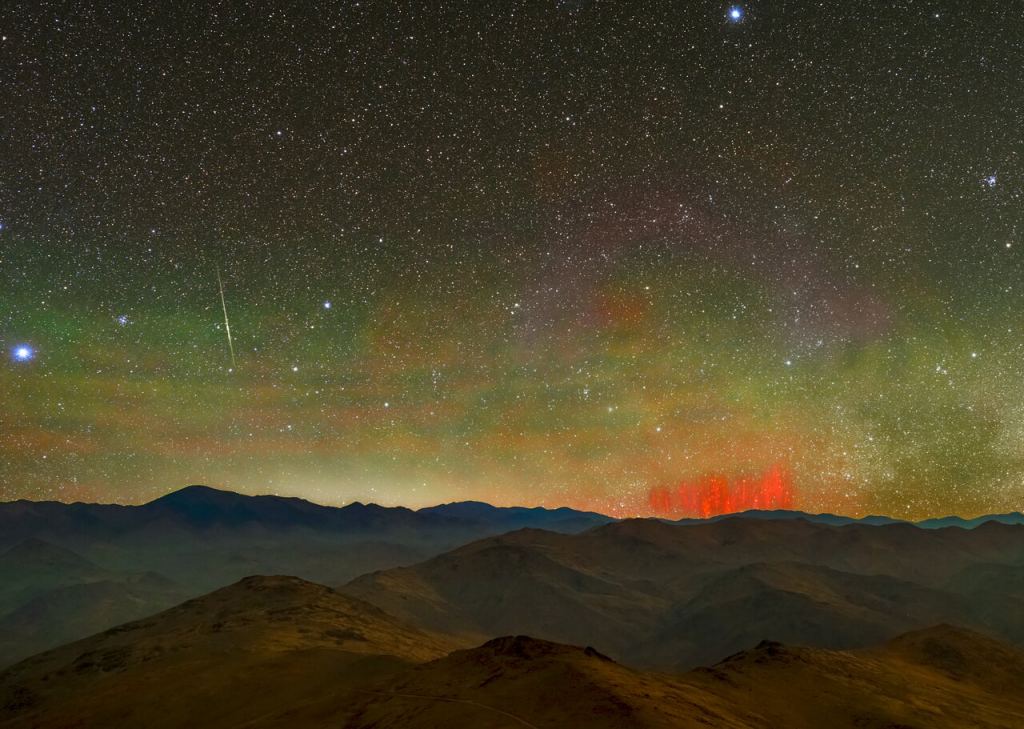 This picture, taken from ESO’s La Silla Observatory in Chile, shows bright red streaks known as red sprites. A meteor even shows up to make this image even more stunning. Credit: Zdenek Bardon/ESO.