The early moments of the universe were turbulent and filled with hot and dense matter. Fluctuations in the early universe could have been great enough that stellar-mass pockets of matter collapsed under their own weight to create primordial black holes. Although we’ve never detected these small black holes, they could have played a vital role in cosmic evolution, perhaps growing into the supermassive black holes we see today. A new study shows how this could work, but also finds the process is complicated.

A popular model for primordial black holes is that they were seeds for galaxies and stars. Even a small black hole would attract matter to it, forming a galactic nebula, and the more dense gas around the black hole would trigger the formation of early stars. This would explain why galaxies formed early in the universe, and also why most galaxies contain a supermassive black hole.

Some argue that primordial black hole seeds play an essential role in the formation of early galaxies. Without black holes to trigger the process, galaxies would not have formed early. To look at this question, the team created a simulation on a massive supercomputer known as Stampede2. From their simulations, the team found that primordial black holes can encourage galaxy formation and star production, but they can also hinder it. 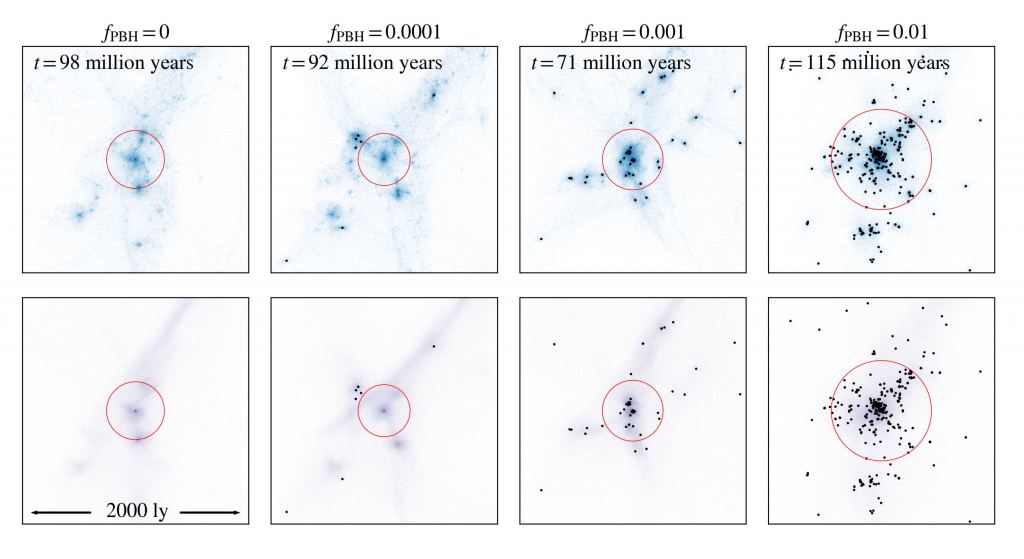 The post Primordial Black Holes Could Have Triggered the Formation of Supermassive Black Holes appeared first on newsastronomy.com.