We have a pretty good idea of what lurks within our solar system. We know there isn’t a Mars-sized planet orbiting between Jupiter and Saturn, nor a brown dwarf nemesis heading our way. Anything large and fairly close to the Sun would be easily spotted. But we can’t rule out a smaller, more distant world, such as the hypothetical Planet 9 (or Planet 10 if you want to throw down over Pluto). The odds against such a planet existing are fairly high, and a recent study finds it even less likely.

Many astronomers have wondered about the existence of planets that might hide at the edge of our solar system, particularly when the power of our telescopes were fairly limited. But as large sky surveys started to scan the heavens they found nothing beyond asteroid-sized worlds. But the orbits of the worlds we did find seemed to be clustered in a statistically odd way, as if they were being gravitationally perturbed by a larger object. If that were the case, this “Planet 9” would have a mass of about five Earths, and an orbital distance of a few hundred to a thousand astronomical units. In other words, just small enough and distant enough that it wouldn’t be easily seen in sky surveys.

Naturally, this motivated folks to search for the world, but it isn’t easy. Planet 9 would be too distant to be seen by reflected light, so you’d have to look for it by its faint infrared glow. And with a mass of only five Earths, it wouldn’t give off much heat. Adding to this is the fact that such a distant planet would orbit very slowly, such that within a single set of observations you wouldn’t notice it move at all. This is where this new study comes in.

To look for distant planets, the team used two infrared sky surveys, one from the InfraRed Astronomical Satellite (IRAS) and one from the AKARI Space Telescope. The two surveys were taken more than twenty years apart, giving any hypothetical planet plenty of time to move to a slightly different part of the sky. They assumed any distant planets would be fairly close to the equatorial plane, then combed through the data taking note of potential planets. 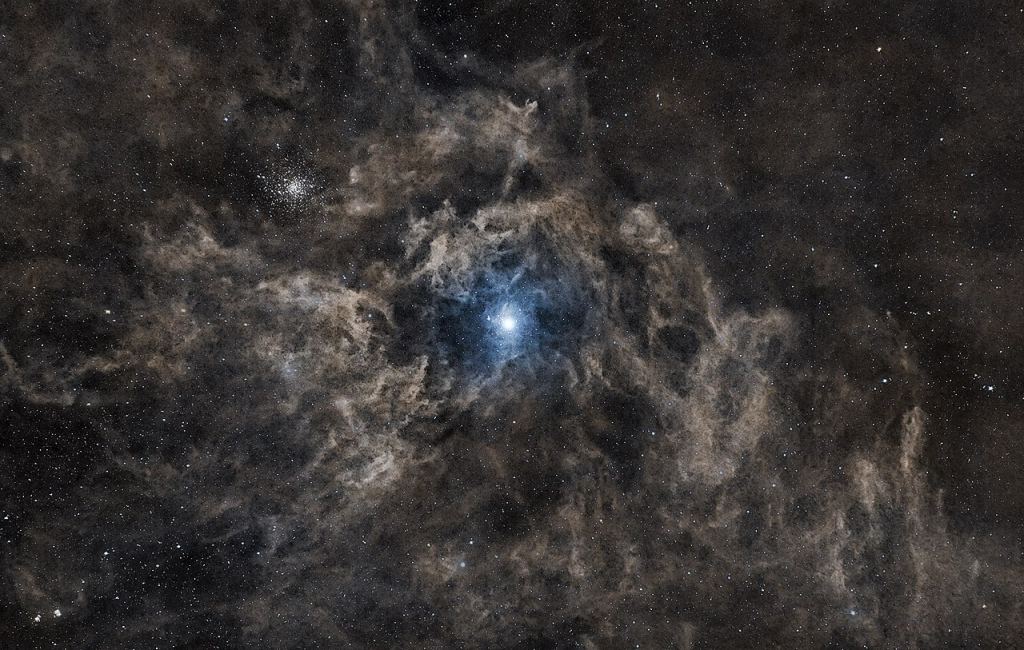 Surprisingly, they found more than 500 candidates. Based on the energy distribution of their spectra, most of these candidates had orbital distances less than 1,000 AU, and masses less than Neptune, which is exactly the range expected for Planet 9. But you shouldn’t get too excited. When the team looked at the infrared signatures by hand, they found none of them were that compelling. Most of them tended to be either within or near a faint integrated flux nebula, also known as galactic cirrus. They are diffuse clouds of interstellar gas that aren’t easily seen at visible wavelengths, but rather emit infrared light.

So it turns out these candidates aren’t planets, but rather the echoes of a faint nebula. Which pretty much rules out Planet 9. Hopes of another planet lost in the clouds.

The post Planet 9 is Running out of Places to Hide appeared first on newsastronomy.com.