NASA’s car-sized Perseverance (Percy) Mars rover has been had at work carrying out its science campaign in Jezero Crater on the Red Planet, but it’s equally been busy scouting for sites for NASA’s planned Mars Sample Return (MSR) mission, which is a joint mission with the European Space Agency. One of the many tasks for Percy has been to collect sample tubes that MSR will eventually return to Earth for further analysis, having collected its ninth sample on July 6. This most recent sample is especially intriguing as it’s the first taken from the Jezero’s delta itself, which is believed to be one of the most ideal locations to search for past life on the Red Planet.

NASA’s Perseverance Mars rover used one of its navigation cameras to take this panorama of a proposed landing site for the Mars Sample Return lander that would serve as part of the campaign to bring samples of Mars rock and sediment to Earth for intensive study. (Credit: NASA/JPL-Caltech)

For now, the samples are being stored onboard the pioneering explorer, but Percy’s next task in this endeavor is to find an acceptable site for MSR to be able to successfully land, collect the samples, then launch them back to Earth. What makes MSR so historic is it will be the first time that scientists back on Earth will be able to directly study and analyze samples from Mars, as all the analyses have thus far been carried out by the robotic explorers we’ve sent to Mars.

Sites of interest are being considered based on both their vicinity to the delta and to each other, but also for being relatively flat, lander-friendly terrain. Having samples close to the delta might ensure they are the most ideal to study for past life, and their proximity to one another reduces the time it will take to collect them. Also, like all missions, having a debris-free surface will allow for an easy landing. But since MSR will be the first to launch something from the surface of Mars, a flat area will ensure a proper launch trajectory for the samples into orbit and eventually back to Earth.

“The Perseverance team pulled out all the stops for us, because Mars Sample Return has unique needs when it comes to where we operate,” said MSR Program Manager Richard Cook of NASA’s Jet Propulsion Laboratory in Southern California. “Essentially, a dull landing place is good. The flatter and more uninspiring the vista, the better we like it, because while there are a lot of things that need to be done when we arrive to pick up the samples, sightseeing is not one of them.”

The first runner, the Sample Retrieval Lander, will touch down near Percy’s initial landing site and deposit the fetch rover, which will be the second runner and responsible for collecting the samples and returning them back to the Lander. There are several options for this second runner, the first being an alternate runner to deliver the samples, while the second is Percy retaining some of its samples and returning them directly to the Lander itself. 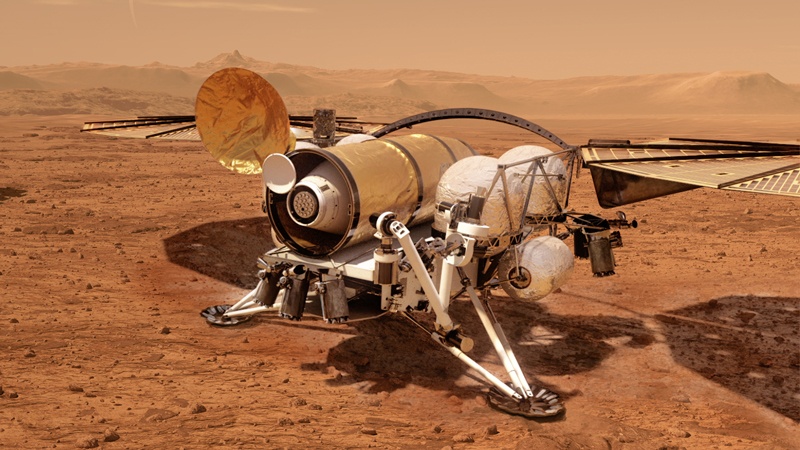 Once the samples are successfully aboard the Mars Ascent Vehicle—the third runner—they are launched into orbit. This would be the first rocket to ever launch from the surface of Mars. Once in orbit, the samples are delivered to the fourth runner, the Earth Return Orbiter, whose job will be to properly orient the sample container to transfer it into the clean zone for the return to Earth. 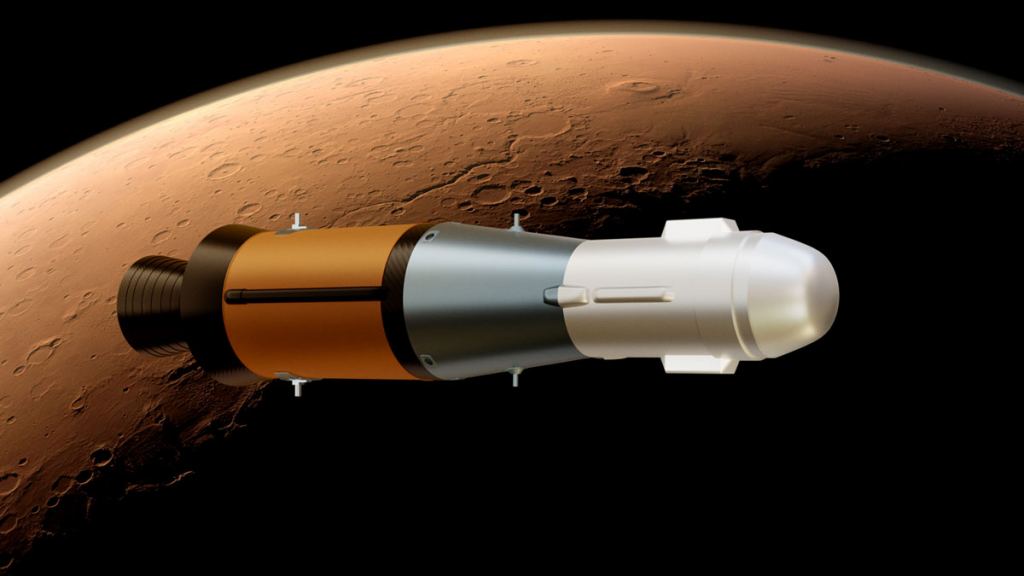 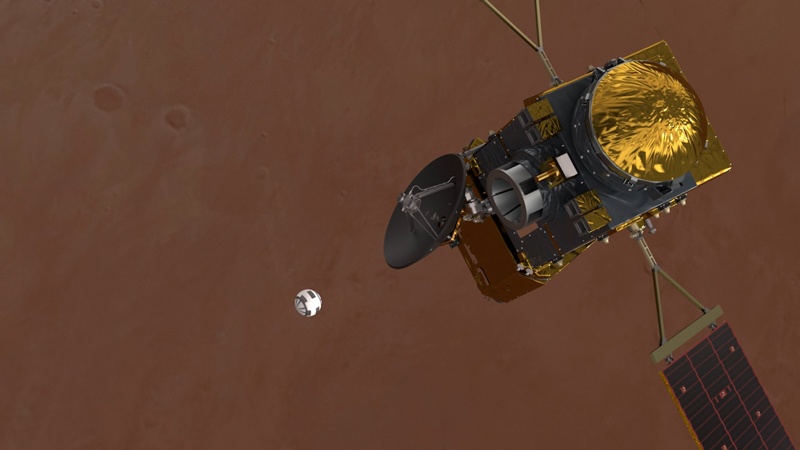 This is when the Earth Return Orbiter becomes the fifth runner, ferrying the samples within the entry vehicle back to Earth. The sixth and final runner in this long and complex process will be the Earth Entry System, whose sole purpose will be to safely bring the samples through the Earth’s atmosphere and eventually into the various scientific labs where the samples will be thoroughly studied for potential signs of life. 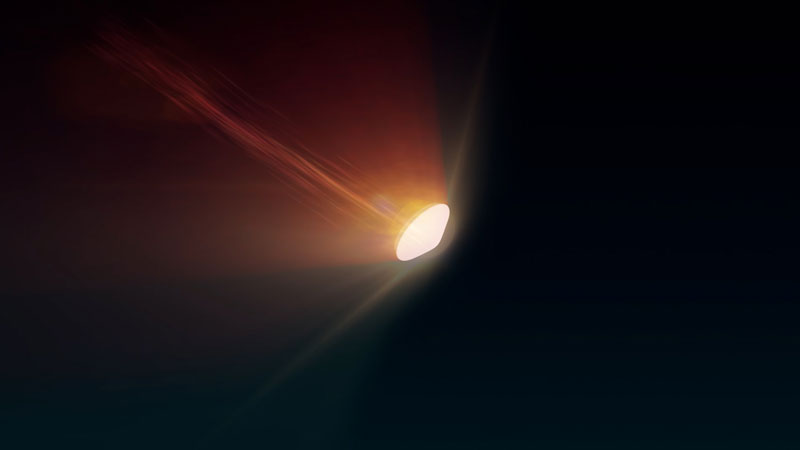 Before this historic fully gets underway, teams back on Earth are busy looking for appropriate sites so all these various stages can work flawlessly. The MSR team has used orbital images to ascertain the current area they’re observing, which they refer to as the “landing strip” because it appears to be as flat and long as a runway. However, they still need a ground-level view of the area, which Percy is currently carrying out.

“We had been eyeing these locations since before Perseverance’s landing, but imagery from orbit can only tell you so much,” said Al Chen, Mars Sample Return Systems Engineering & Integration manager at JPL. “Now we have some up-close-and-personal shots of the landing strip that indicate we were right on the money. The landing strip will more than likely make our shortlist of potential landing and caching sites for MSR.”

When will MSR return samples back to Earth, and will we find evidence of past—or even present—signs of life on Mars? Only time will tell, and this is why we science!

The post Perseverance is Searching for the Perfect Landing Spot for the Upcoming Sample Return Mission appeared first on newsastronomy.com.