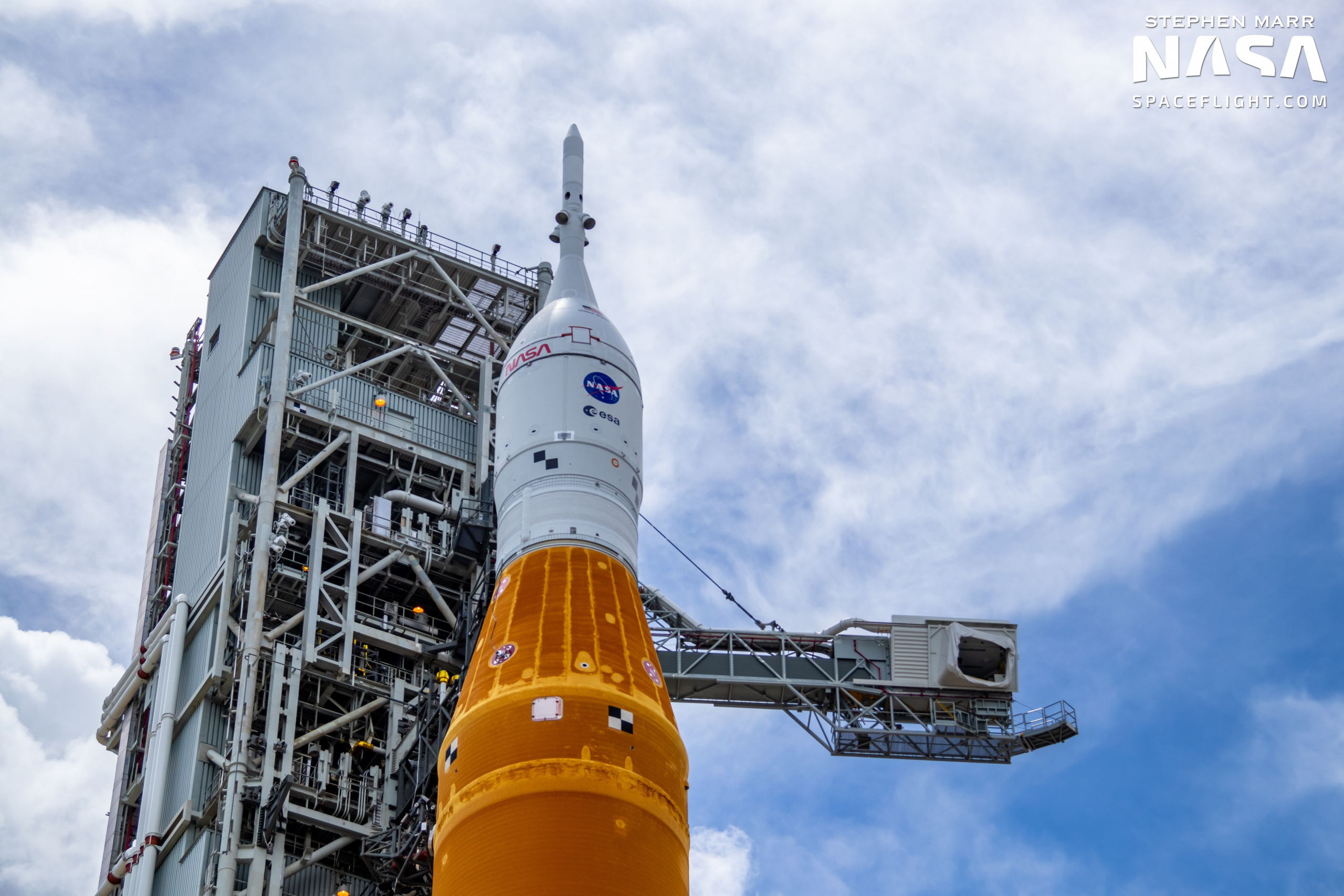 With the Artemis 1 mission just weeks away from launch, teams at NASA and the program’s contractors are carrying out final preparations for this major milestone in the effort to return humans to the Moon. NASASpaceflight sat down with Mike Hawes, the Vice President and Program Manager for Orion at Lockheed Martin to discuss how the company was preparing its spacecraft for this mission.

Artemis 1 is the first flight of Orion aboard NASA’s Space Launch System (SLS).  It is currently scheduled to launch no earlier than August 29 from Launch Complex 39B (LC-39B) at the Kennedy Space Center in Florida. In the event of a delay, NASA also announced two backup launch opportunities in September.

Results from the Wet Dress Rehearsal
On June 20, NASA and contractors held a fourth Wet Dress Rehearsal (WDR) for the Artemis mission, which was deemed successful by the agency. During the event, the countdown got down to T-29 seconds.

This came after three other unsatisfactory WDR attempts that were conducted on the SLS launch vehicle and Orion stack out at LC-39B.

SLS Artemis I WDR #4 cutoff at T-29 seconds. Plan was to get to T-9 seconds. A very good attempt all the same.https://t.co/q3I2Pi9bpA pic.twitter.com/LLRtS0zoTi

“We’ve learned a few things […] we got a couple of temperatures different than we had predicted,” said Mike Hawes, the Vice President and Program Manager for Orion. “So, we had to reevaluate some of our launch commit criteria, parameters, and things and so while the spacecraft has performed perfectly, we learned a handful of things that we have had to go off and reevaluate.”

The difference between the temperatures recorded on board Orion from the predictions that had been made prior to the WDR arose because this was the first time that Orion and SLS had gone through a combined and integrated cryogenic test.

“So when you think about it, the whole integrated thermal profile is different than we have seen. And so, you know, the first wet dress rehearsal we saw one of our boxes that was getting a little bit colder, it’s still way above its test limits,” Hawes explained. “But we had set a fairly conservative limit for that temperature parameter and it actually tripped a lot of commit criteria. So we had to go back and reevaluate.”

Over the long period at LC-39B, Orion teams had to navigate challenges with the Orion spacecraft. “We have had some learning at each one of the stages, you know, we had burning with our purge barrier when we were out on the pad and we had the rainstorms and we’ve got those things resolved,”

After NASA and their contractors were satisfied with the fourth WDR attempt, the launch vehicle was rolled back from LC-39B to the Vehicle Assembly Building (VAB) on July 2.

Recently, teams loaded the Zero-G indicator – a Snoopy plushie – inside of the Orion Spacecraft. This is a part of an agreement between Peanuts and NASA. A NASA mannequin, which was named “Moonikin Campos” was also loaded inside of the spacecraft. 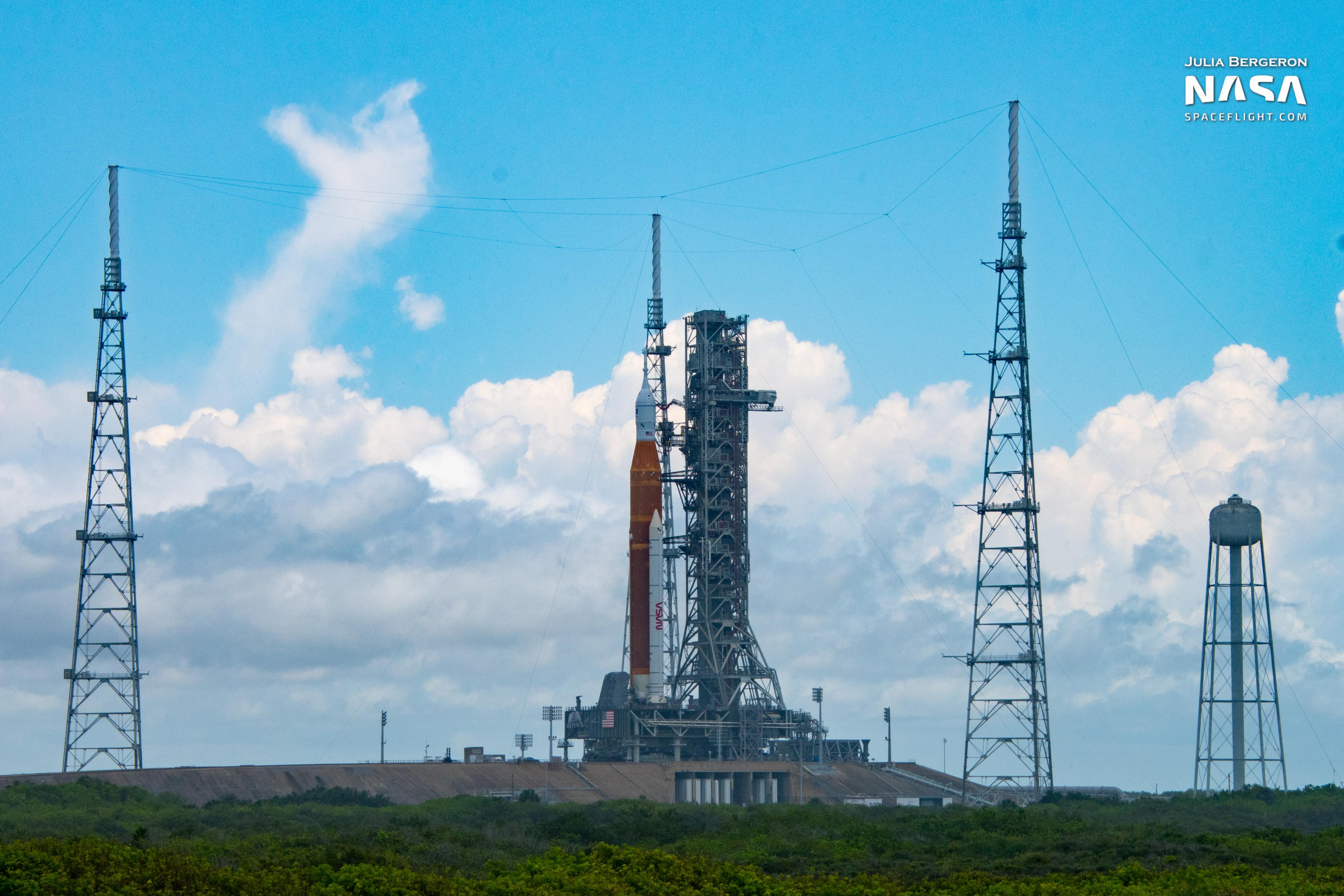 SLS and Orion at LC-39B during preparations for the WDR (credit: Julia Bergeron for NSF/L2)

A Zero-G indicator is meant to show visually when the spacecraft reaches the environment of microgravity as it begins to float within the capsule. Such indicators have previously been flown on Russian Soyuz spacecraft, SpaceX’s Crew Dragon, and Boeing’s CST-100 Starliner.

“We [Lockheed Martin] actually do the integration work, all the analysis work for the payloads that fly inside of Orion,” said Hawes. “So we’ve had folks that have been involved in those projects, all the way. So we’re still working on that and supporting the various launch exercises as needed. But then the big part is, you know, we’re making sure that we’ve closed out paperwork, we’ve completed waivers.”

Another one of the payloads that have recently been loaded into Orion in the VAB is a joint Amazon-Cisco-Lockheed Martin technology demonstrator named Callisto. This includes an Amazon Alexa virtual assistant along with other technologies.

According to Hawes, the Orion teams had their final review with NASA’s Johnson Space Center (JSC) Orion Program last week. “And then that will lead to a JSC Center director review, NASA Headquarters, and then the overall agency flight readiness review,” said Hawes. “So we’re really in that final process of making sure that all of our paperwork is closed out. And everybody’s ready to fly.”

The Callisto payload is installed in @NASA_Orion, ready to demonstrate human-machine interface technology as we fly 40,000 miles past the Moon on #Artemis I. https://t.co/X6ec9e0AJ0 pic.twitter.com/fUCRsct0wJ

While many payloads will be installed aboard Orion before it leaves the VAB, a few will need to be installed while at the launch pad. One such payload is the Matroshka AstroRad Radiation Experiment (MARE), which uses two mannequins, called phantoms.

These phantoms are named Zohar and Helga. Zohar will wear a radiation protective vest while Helga will not. The MARE experiment is part of an agreement between NASA, the German Aerospace Center (DLR), and the Israel Space Agency (ISA).

“All of those [payloads] have radiation disseminators and are late install, so that they have the most lifetime on orbit during the mission. So those are really kind of the final things that we do out on the pad.”

Orion and the Artemis 1 mission
In order to support Orion during its flight around the moon, Lockheed Martin will have its team spread out to different locations. “We have engineers that will be receiving data and reviewing the health of the spacecraft both there at Kennedy and in the Mission Control Center in Houston. And we’ll also have […] more of our experts at our Denver facility.“

During the flight, teams at Lockheed Martin, Airbus, and the European Space Agency (ESA) will work together to support operations with the Orion capsule and its European Service Module (ESM). 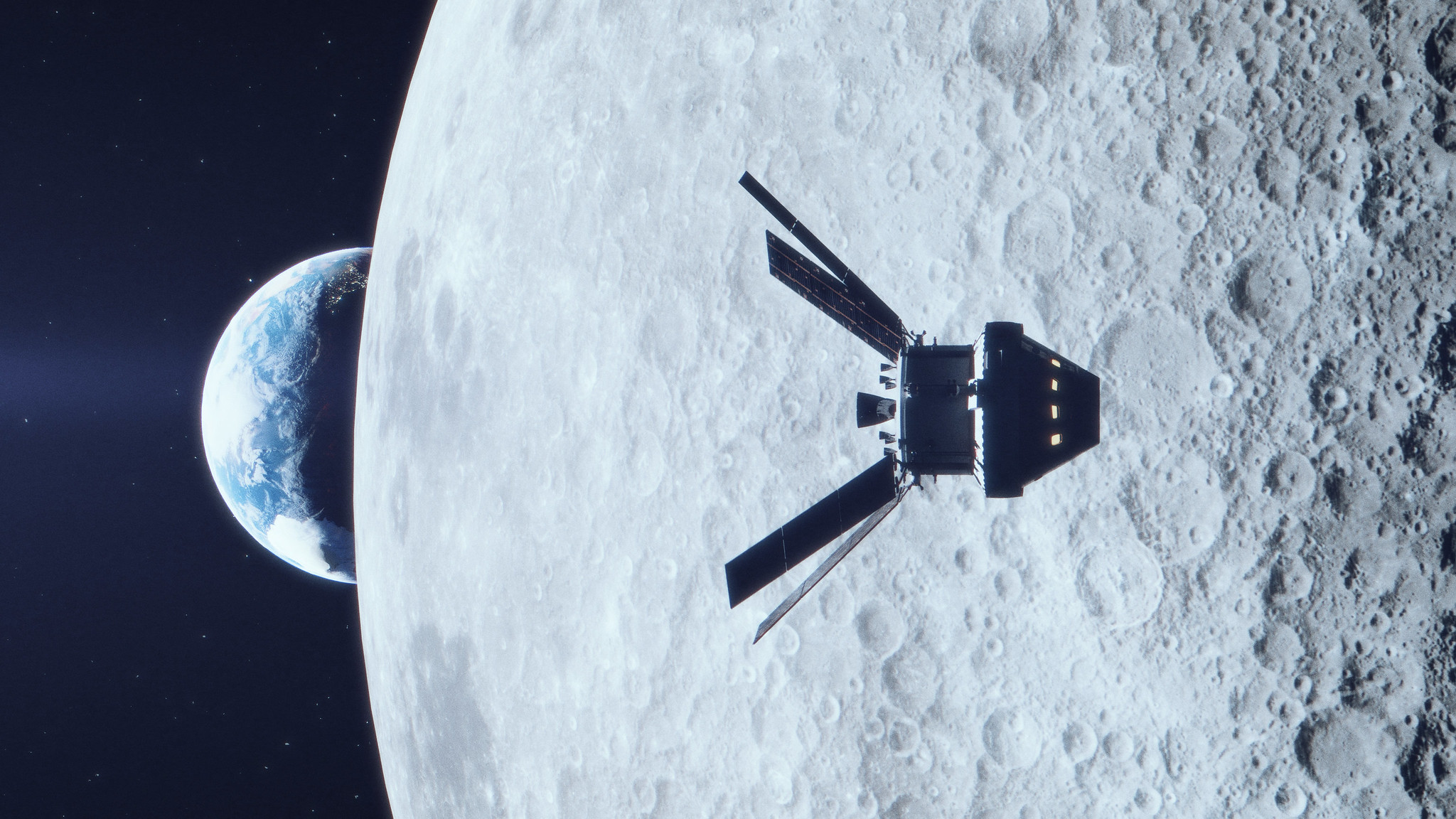 “We [Lockheed Martin] have an integration responsibility with the ESM. So we do have folks on the Lockheed team who spent a lot of time working with the European Service Module, but there are also going to be folks from ESA and Airbus that are present in the Launch Control Center, in Mission Control, and then they have their own operation center at their facility in […] the Netherlands. They will have a broader team of experts supporting from there. And we have basically simulated all of that connectivity during the different Wet Dress Rehearsals and simulations.”

Looking ahead to Artemis 2
After the work that has been done with the Artemis 1 processing flow, Orion teams are already looking at modifications that can be made to improve the flow for Artemis 2.

“We’re already looking at a mod of doing some work in the O&C (Operations and Checkout Building) before we actually hand the spacecraft over to the ground systems team,” said Hawes. “Work that this flow was done when we got into the LASF (Launch Abort System Facility) facility […] and so there’s things like that that we have poked at that […] save a few shifts here and there. That I think will be helpful.” 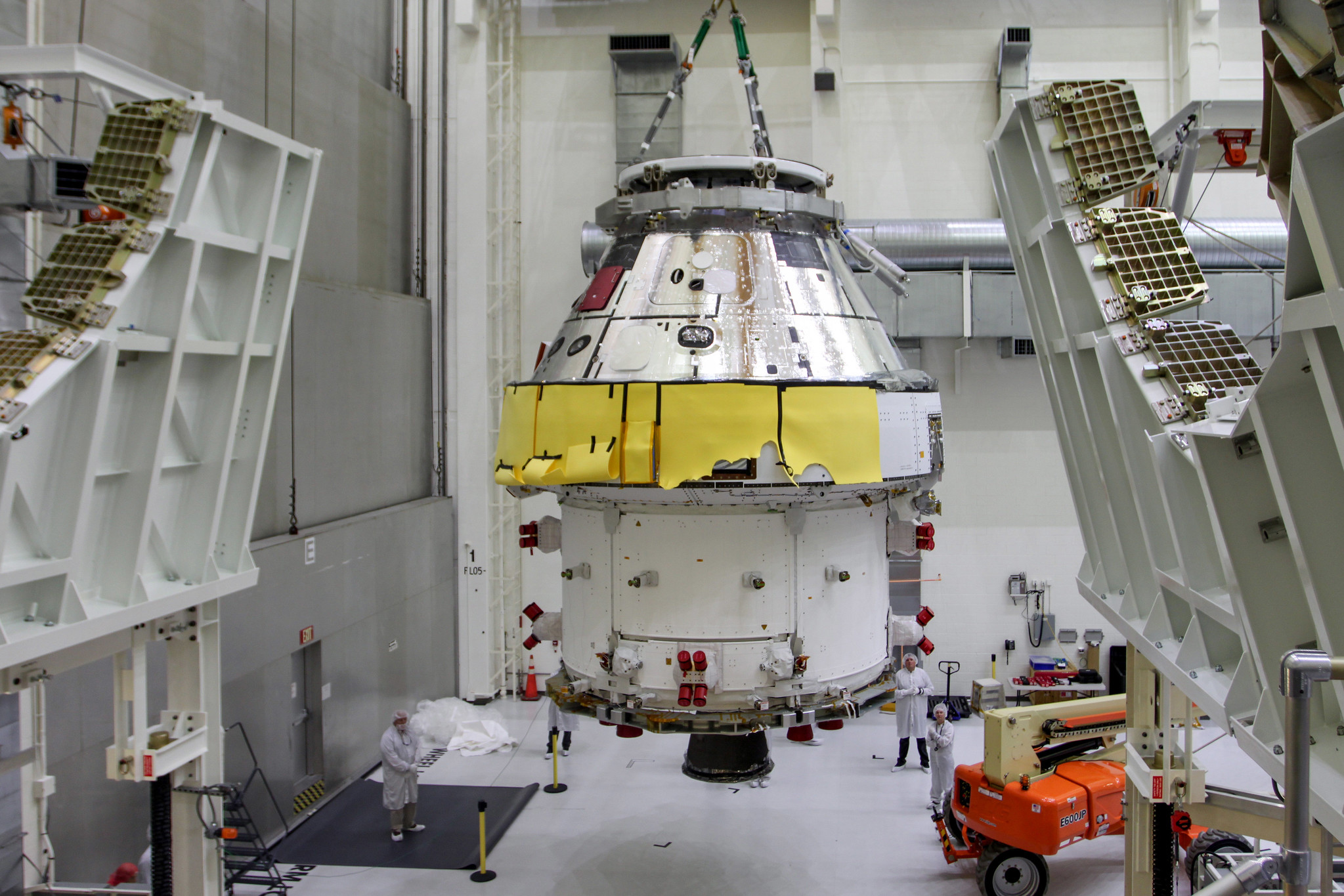 Some of the same avionics components that are flying on Artemis 1 are planned to also fly on Artemis 2, which will be the first crewed flight on an Orion spacecraft. “Around 2014, NASA and Lockheed Martin decided because of limitations of funding to go ahead and reuse Artemis 1 avionics, which at that time was about 24 different components for Artemis 2.”

According to Hawes, Lockheed Martin was able to find enough funding for more new components for Artemis 2. But, there are “roughly a dozen boxes” of non-core avionics that will be carried over from the Artemis 1 Orion and will be installed in the Artemis 2 Orion.

“So for me personally, getting the human spacecraft back around the moon is a really big deal and something that has driven my career for a very long time,” said Hawes.

The post Orion teams ready for Artemis 1 as pre-launch preparations head into the home stretch appeared first on newsastronomy.com.