News Astronomy > News > Once Again, Galaxies Look Surprisingly Mature Shortly After the Beginning of the Universe

A young galaxy with the catchy, roll-off-the-tongue name A1689-zD1 has experts in galactic formation talking. Recent observations show that this galaxy, seen as it would have looked just 700 million years after the Big Bang, is larger than initially believed, with significant outflows of hot gas from its core, and a halo of cold gas emanating from its outer rim. A1689-zD1 is considered representative of young ‘normal’ galaxies (as opposed to ‘massive’ galaxies), and the new observations suggest that the adolescence of normal galaxies may be more rambunctious than previous models suggest.

A1689-zD1 was first observed in 2007 by the Hubble Space Telescope, and at the time it was a contender for the most distant galaxy yet discovered (a record that has been surpassed several times over, most recently in April 2022). Indeed, it is so distant that the only reason it is possible to get such a good view of it at all is that it is conveniently located behind a much nearer galaxy, whose gravitational interaction with spacetime creates a lensing effect, magnifying the distant A1689-zD1 behind it. The Spitzer Space Telescope was able to observe the galaxy alongside Hubble, but the clearest images of the galaxy were obtained with the Atacama Large Millimeter/submillimeter Array (ALMA), which specializes in wavelengths invisible to the naked eye and well suited to enormously distant objects.

The ALMA data tells a story buried in the details that Hubble and Spitzer were unable to see.

“The emission from the carbon gas in A1689-zD1 is much more extended than what was observed with Hubble Space Telescope,” says Seiji Fujimoto, a postdoctoral fellow at the Niels Bohr Institute, “and this could mean that early galaxies are not as small as they appear. If, in fact, early galaxies are larger than we previously believed this would have a major impact on the theory of galaxy formation and evolution in the early Universe.” 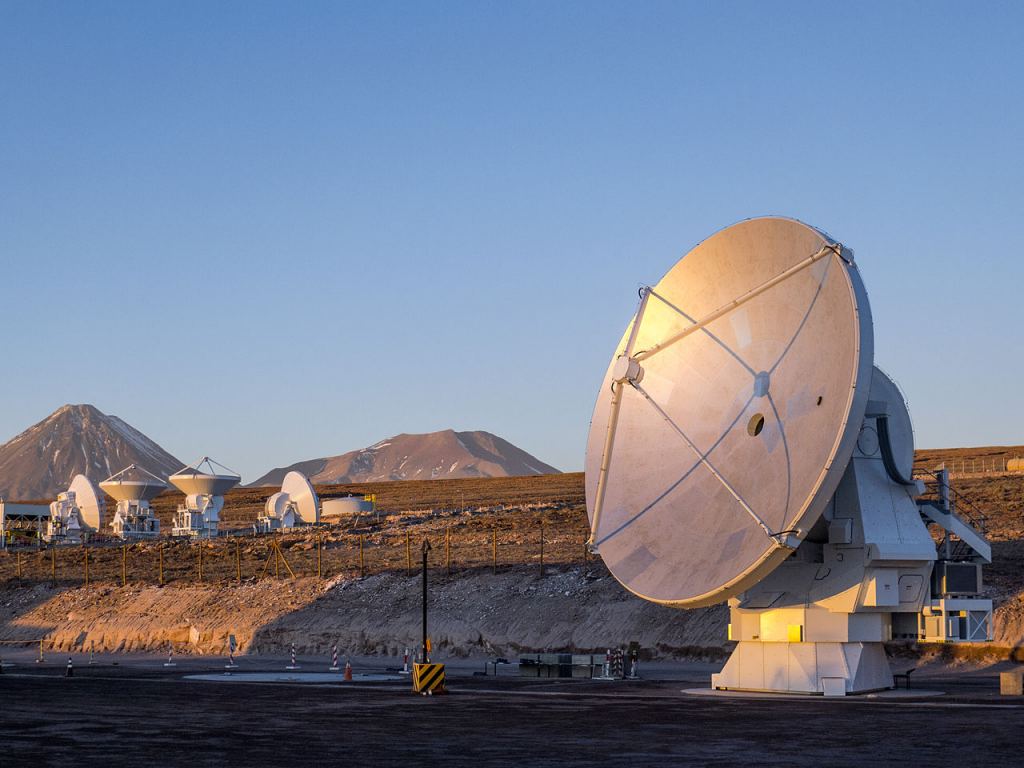 Alongside A1689-zD1’s surprising girth, it appears to also be undergoing a surprisingly high level of star formation in a halo of carbon gas surrounding the galaxy, though this gas could also be a sign of a galactic merger that occurred during the first stages of the galaxy’s formation. Either way, it suggests an unexpectedly dynamic early phase of galaxy formation.

Closer to the galaxy’s core, the team also saw signs of hot, ionized gas that typically represent extreme, energetic events like supernovae explosions or powerful jets from the accretion disk of a black hole. This outflow of hot gas may be related to the halo of cold gas further out, and has the researchers intrigued. At the very least, they weren’t expecting to see it in such a young galaxy. “We have seen this type of extended gas halo emission from galaxies that formed later in the Universe, but seeing it in such an early galaxy means that this type of behavior is universal even in the more modest galaxies that formed most of the stars in the early Universe,” says Darach Watson, associate professor at the Niels Bohr Institute. “Understanding how these processes occurred in such a young galaxy is critical to understanding how star-formation happens in the early Universe.” 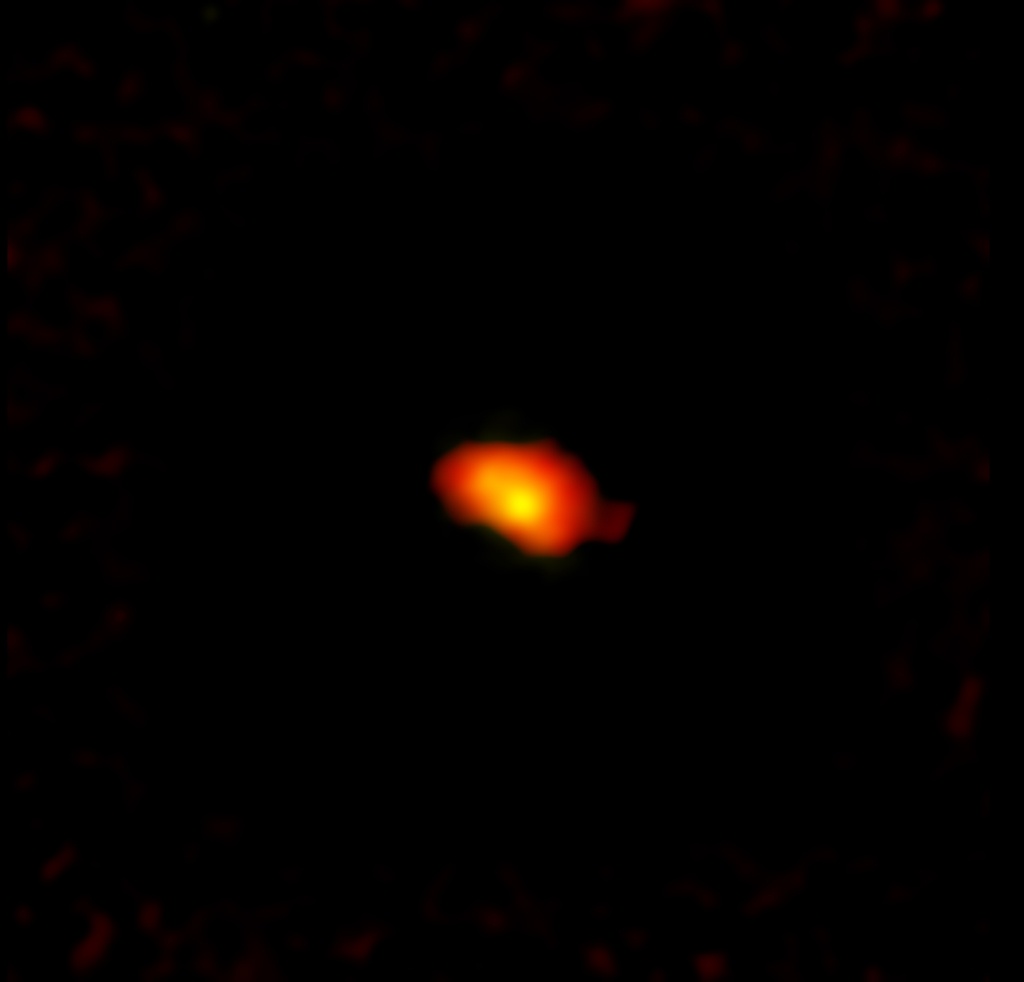 Of course, this one observation isn’t likely to rewrite the textbooks just yet. Researchers will continue to observe the early universe for similarly-aged galaxies, to determine if A1689-zD1 is typical in its size and activity, or if it’s an outlier.

The James Webb Space Telescope, which, like ALMA, is well suited to observing young galaxies at this distance, should soon provide a larger sample to study. it is set to come online later this summer – though it too will rely on some serendipitous gravitational lensing to find and study the earliest galaxies.

You can see the full press release here, and read the preprint on ArXiv.

Featured Image: Artist’s conception of A1689-zD1. Reaching far beyond the center of the galaxy, shown here in pink, is an abundant halo of cold carbon gas. For scientists, this uncommon feature indicates that the galaxy may be much larger than previously believed and that early stages of normal galaxy formation may have been more active and dynamic than theorized. To the upper left and lower right are outflows of hot, ionized gas pushing outward from the center of the galaxy, shown here in red. Scientists believe it is possible that these outflows have something, though they don’t yet know what, to do with the presence of cold carbon gas in the outer reaches of the galaxy. Credit: ALMA (ESO/NAOJ/NRAO), B. Saxton (NRAO/AUI/NSF)

The post Once Again, Galaxies Look Surprisingly Mature Shortly After the Beginning of the Universe appeared first on newsastronomy.com.