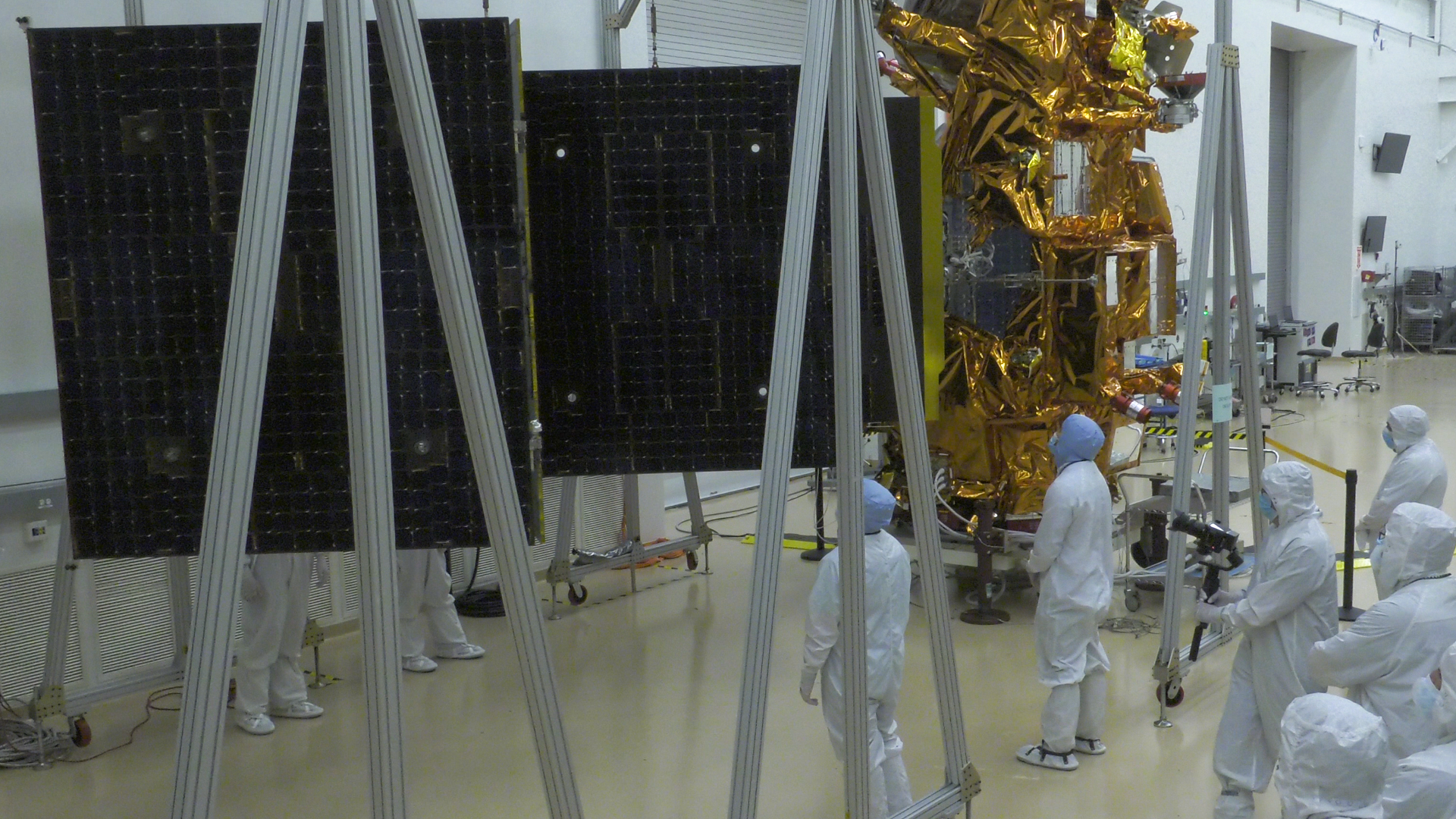 The National Oceanic and Atmospheric Administration (NOAA), NASA, and Northrop Grumman have completed the final major test of the Joint Polar Satellite System (JPSS)-2 spacecraft ahead of its delivery to Vandenberg Space Force Base, California, for launch.

JPSS-2 is the second of four satellites in NOAA’s JPSS weather tracking constellation and will launch atop a United Launch Alliance (ULA) Atlas V 401 rocket in November — the final scheduled Atlas V flight from California.

The JPSS program is NOAA’s latest generation of polar-orbiting satellites that allow for continuous global observations for short- and long-term weather forecasts.

JPSS has its roots in NASA’s Television & Infra-Red Observation Satellite (TIROS)-1 satellite, which was the first weather and remote sensing satellite and the first NASA program to examine if satellites could be used to study the Earth from space.

JPSS-2 is the first satellite of the series based on Northrop Grumman’s LEOStar-3 satellite bus. LEOStar-3 is a flexible satellite bus for low-Earth orbit (LEO) operations and was first used in 1998 for NASA’s Deep Space 1 mission as a test bed for multiple new technologies. It was most recently used for the USGS/NASA Landsat 8 and Landsat 9 missions.

The satellite was ordered by NASA in 2015 with the option for JPSS-3 and JPSS-4 as well. In 2017, JPSS-2 completed its critical design review (CDR). 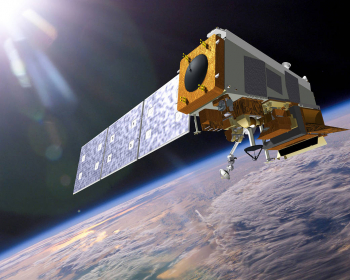 On JPSS-2, there are five primary science instruments.

The Advanced Technology Microwave Sounder (ATMS) will provide information about the physical properties of Earth’s atmosphere. The instrument will observe the microwave portion of the electromagnetic spectrum, allowing it to see through clouds and into storms.

Working with ATMS will be the Cross-Track Infrared Sounder (CrIS) instrument. CrIS will observe atmospheric temperature and will be used for weather and climate applications. Unlike ATMS, it can only provide limited observations in cloudy conditions.

Meanwhile, the Ozone Mapping and Profiler Suite (OMPS) will track the health of Earth’s ozone layer and measure the concentration of ozone and other aerosols.

The Visible Infrared Imaging Radiometer Suite (VIIRS) will be used to collect visible and infrared images as well as global observations of the land, atmosphere, cryosphere, and oceans. Additionally, VIIRS will study the environmental products of snow and ice cover, clouds, fog, aerosols, and much more.

Lastly, the Clouds and Earth’s Radiant Energy System (CERES) instrument will measure the energy being absorbed and emitted by Earth’s atmosphere. CERES is currently flying on Suomi NPP and NOAA-20 and previously helped scientists understand the links between absorption and energy emissions that affect energy balances.

.@NOAA's #JPSS2 weather satellite has achieved its last major testing milestone with the successful installation and deployment of its 30-foot solar array.
JPSS-2 is scheduled for launch on Nov. 1 from Vandenberg Space Force Base (@SLDelta30).

JPSS-2 will, however, be the last of the satellites in the series to use CERES. A new instrument, named Libera, will study the balance of solar radiation entering, being absorbed by, reflected by, and/or emitted from the Earth’s atmosphere on future JPSS satellites, notably JPSS-3.

The importance of this kind of testing was shown in June 2022 when thermal vacuum testing resulted in thermal deformation on the satellite and test equipment. Modifications were made and the test was completed successfully at a later date.

One month later, the single primary solar array was installed on the spacecraft. On July 26, the solar array underwent a deployment test to ensure its panels would unfold correctly. Completion of the solar array test marked the end of final major testing before the satellite’s delivery to the launch site.

“This is a culmination of seven years of work on this program. Its success establishes that we’re ready for launch,” said Scott Capehart, Joint Polar Satellite System program director at the Northrop Grumman.

With testing complete, the spacecraft will now be delivered to Vandenberg where final pre-launch preparations will take place.

*Note: This data should be considered preliminary and
non-operational. pic.twitter.com/Q078vcyScN

JPSS-2 will launch on a ULA Atlas V 401 rocket no earlier than (NET) November 1, 2022. This Atlas V launch will mark the final flight of an Atlas-series rocket from California as well as the final flight of the rocket’s 4.2-meter fairing configuration.

Along with JPSS-2, Atlas V will carry the Low-Earth Orbit Flight Test of an Inflatable Decelerator (LOFTID). LOFTID is a NASA demonstrator that will test an inflatable aerodynamic decelerator for future applications and use. ULA is partnering with NASA for the LOFTID program to use the technology on the company’s upcoming Vulcan rocket as a part of its SMART reuse system which envisions detaching Vulcan’s engine section for a splashdown recovery for reuse.

LOFTID completed its final inflation test in June 2022. During the mission, it will be inflated using the Atlas V’s Centaur upper stage before separating ahead of reentry into Earth’s atmosphere.

JPSS-2 is not the only planned mission for NOAA this year. In March 2022, a ULA Atlas V rocket launched NOAA’s GOES-T weather satellite, which now operates as the GOES-18 satellite. GOES-18 will enter service in early 2023 to replace the GOES-17 satellite.

A few weeks before the JPSS-2 launch, NOAA’s Advance Research and Global Observation Satellite (Argos)-4 is slated to liftoff on Rocket Lab’s Electron rocket. Argos-4 will track the movement of wildlife and collect critical environmental data, much like JPSS-2 and other NOAA satellites. Argos-4 will replace the aging Argos satellite systems which began launching in 1978.

the JPSS program traces its roots back to TIROS-1, launched on a Thor-DM18 Able-2 in April 1960. The satellite became the first used to conduct space-based weather forecasting. Soon after its success, NASA began launching other TIROS satellites. TIROS-2 through TIROS-10 were launched from 1960-1965, giving NASA continuous coverage of Earth’s weather from space.

TIROS-9 was the first satellite in a new series of operational TIROS satellites called Environmental Science Services Administration (ESSA). ESSA was founded with the intent to expand the TIROS program’s capabilities to provide cloud-cover imagery. TIROS-9 was a testbed for the new ESSA program and was launched in 1965. Satellites ESSA-1 to ESSA-9 were launched over four years, providing thousands of images of the Earth’s surface.

In January 1970, NASA launched the TIROS-M satellite as a part of the Improved TIROS Operational Satellite (ITOS). TIROS-M was a prototype satellite for the ITOS program.

The operation of weather and environmental satellites like TIROS and ESSA changed with the formation of the National Oceanic and Atmospheric Administration in October 1970. NOAA took over as the operator for the weather satellites with their first satellite NOAA-1 in December 1970. This was the first operational satellite in the ITOS program. Another satellite bus, TIROS-N was introduced with a new generation of satellites.

NOAA-18 and NOAA-19, in 2005 and 2009, added new instruments to the ATN satellites. Both satellites are still operating today, acting as on-orbit backups to the latest generation of environmental satellites. 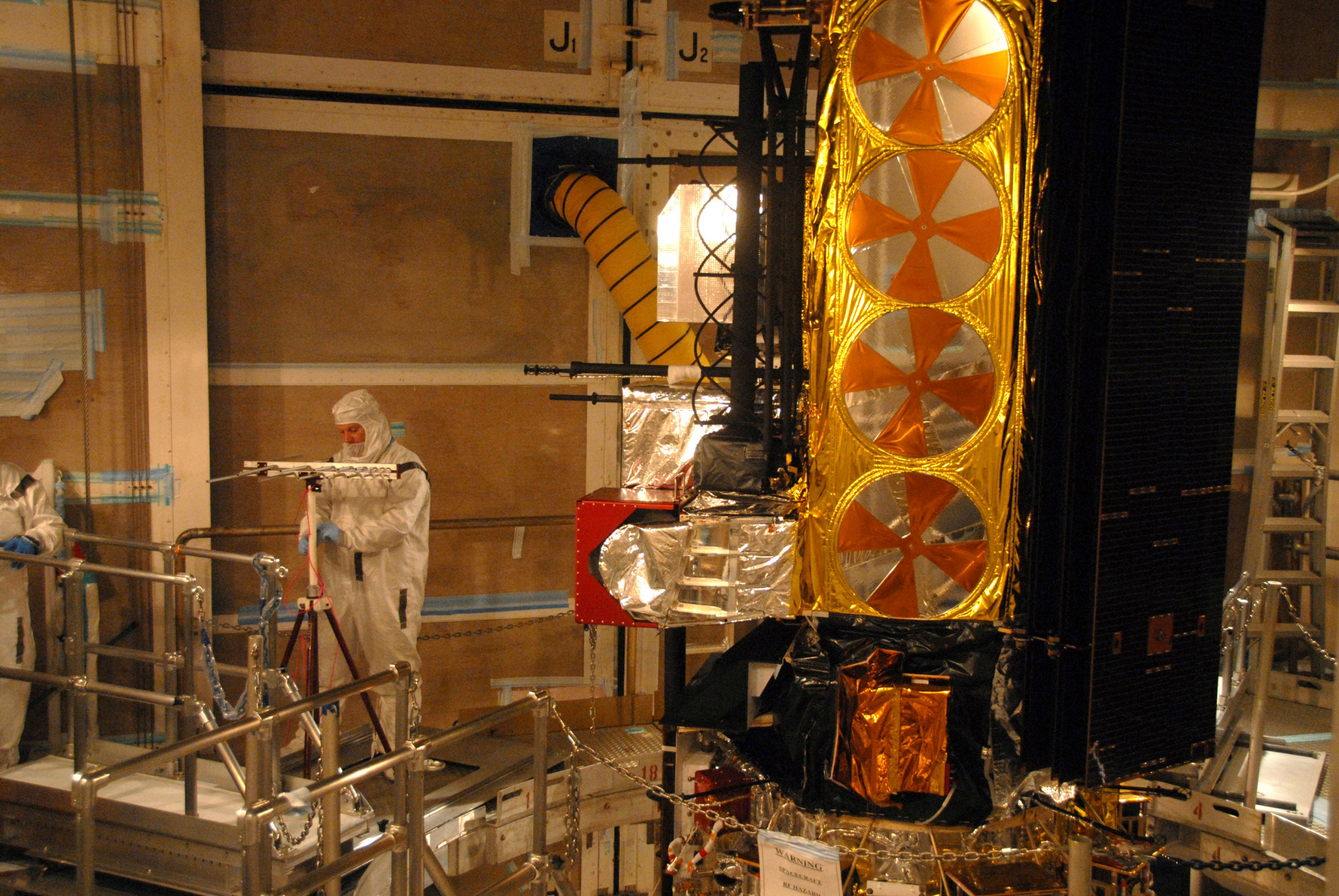 In 1993, NOAA, in partnership with NASA and the Department of Defence (DoD), introduced the National Polar-Orbiting Operational Environmental Satellite System (NPOESS) as the next-generation polar-orbiting satellite system.

Two new satellites, NPOES, were to launch with several instruments, but by the 2000s, the program was facing cost overruns and issues with its instruments. In 2010, the NPOESS program was canceled with only the National Polar-orbit Program saved.

JPSS-1 was to be nearly identical to the Suomi NPP, with the differences being additional mission assurance and increased orbital lifetime.

JPSS-1 launched on a Delta II 7920 rocket in 2017 and was renamed NOAA-20 after reaching its final orbit. Joining Suomi NPP, the two are NOAA’s primary polar-orbiting satellite systems.