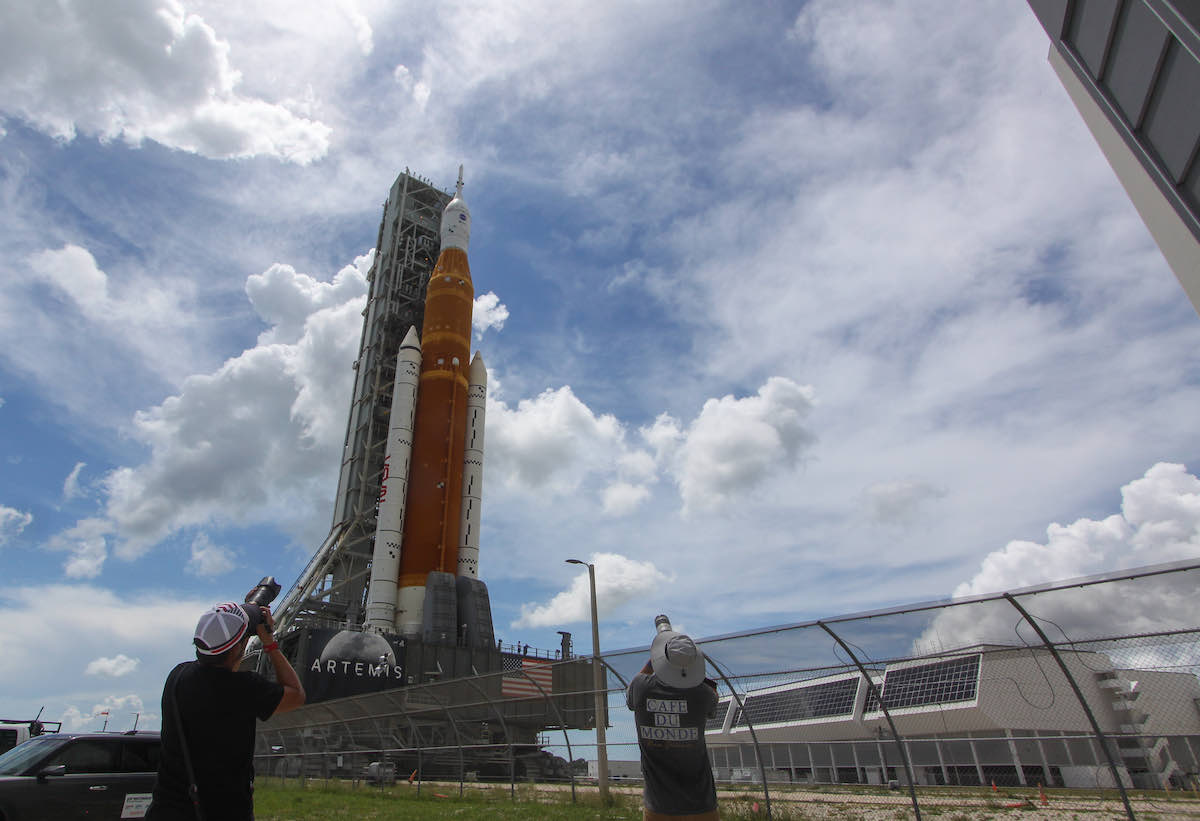 NASA plans to begin moving the first Space Launch System moon rocket to its launch pad in Florida Tuesday night after completing tests of the rocket’s flight termination system and winning an extension from range safety officials to certify the destruct mechanism’s batteries throughout the mission’s upcoming launch period.

Rollout of the 322-foot-tall (98-meter) moon rocket for NASA’s Artemis 1 test flight around the moon is set to begin around 9 p.m. EDT Tuesday (0100 GMT Wednesday). The rollout to launch pad 39B on one of NASA’s Apollo-era crawler-transporters is expected to take about 8 to 12 hours, putting the rocket on its launching mount some time Wednesday morning.

The Artemis 1 mission is an unpiloted test flight, marking the debut launch of the SLS moon rocket and the first flight of NASA’s human-rated Orion spacecraft to the vicinity of the moon. Thee test flight will pave the way for future moon missions with astronauts.

The U.S. Space Force’s Eastern Range, which oversees public safety for all launches from the Kennedy Space Center and Cape Canaveral Space Force Station, has agreed to extend the certification of the SLS flight termination system batteries from 20 days to 25 days, allowing NASA a third launch opportunity for the Artemis 1 mission to the moon.

The 20-day certification requirement threatened to cut short the Artemis 1 launch campaign if NASA could not get the mission off the ground on the first two launch attempts scheduled for Aug. 29 and Sept. 2. NASA has penciled in an opportunity for a third launch attempt Sept. 5, which would have fallen outside the 20-day limit.

“According to safety, yes, we have come to an agreement on that and we are good until Sept. 5,” said Lt. Col. Colin Mims, commander of the 1st Range Operations Squadron at the Space Force’s Space Launch Delta 45 at Cape Canaveral.

“We are on the clock right now in terms of the flight termination system,” said Mike Sarafin, NASA’s Artemis 1 mission manager, in a briefing Friday. The system’s batteries were installed and activated for end-to-end testing late last week.

The flight termination system checkouts were completed over the weekend, verifying the system’s functionality and the range’s ability to send a destruct command to the rocket. The mechanism includes a command receiver-decoder to listen for a destruct command from the range safety officer on the ground, and pyrotechnic charges that would fire to destroy the launcher in flight if it veered off course after liftoff.

If the newly-extended 25-day clock expires before the Artemis 1 mission takes off, NASA will have to roll the SLS moon rocket back into the Vehicle Assembly Building for another round of tests on the flight termination system. That would preclude any launch opportunities at the beginning of the next Artemis 1 launch period, which runs from Sept. 19 through Oct. 4.

The Artemis 1 launch periods are driven by mission requirements, such as the moon’s position in its 28-day orbit around the Earth. Mission managers are also require the trajectory not place the Orion spacecraft in shadow for more than 90 minutes, ensuring the ship’s solar panels can produce enough power throughout the flight. Officials also want the Orion capsule to splashdown in the Pacific Ocean in daylight at the end of the mission.

Those requirements drive the Artemis 1 launch periods to cycles of roughly two weeks on and two weeks off.

During the overnight rollout late Tuesday, the SLS moon rocket will ride on its mobile launch platform for the 4.2-mile (6.8-kilometer) journey from the VAB to pad 39B. The full stack weighs about 21.4 million pounds for rollout, and will reach a top speed of about 0.8 mph.

It will be the third time NASA has moved the huge rocket to the launching stand, following rollouts in March and June for countdown demonstration tests. NASA succeeded in fully loading the rocket with more than 750,000 gallons of cryogenic liquid hydrogen and liquid oxygen propellants for the first time June 20.

NASA was satisfied with that test, which ended with a cutoff with about 29 seconds left in the countdown. Teams moved the moon rocket back to the assembly building July 2 for final testing, closeouts, and the repair of minor hydrogen leak discovered during the June 20 test.