The James Webb Space Telescope will provide unprecedented views and science about our Universe, and the first full-color images and first spectra from the new telescope will be revealed on July 12. But now NASA has done something a little unprecedented, too: they’ve given all of us who are anticipating these images a list of the cosmic targets we’ll be seeing next week.

NASA says the targets represent the “first wave of full-color scientific images and spectra the observatory has gathered, and the official beginning of Webb’s general science operations.”

The targets were selected in secret by an international committee made up of members from the international partnership behind the telescope: NASA, ESA, the Canadian Space Agency, and the Space Telescope Science Institute (STScI), the home of JWST’s science and mission operations.

Carina Nebula. The Carina Nebula is one of the largest and brightest nebulae in the sky, located approximately 7,600 light-years away in the southern constellation Carina. Nebulae are stellar nurseries where stars form. The Carina Nebula is home to many massive stars, several times larger than the Sun. For reference (and comparison next week) here’s an image of the Carina Nebula from the Hubble Space Telescope: 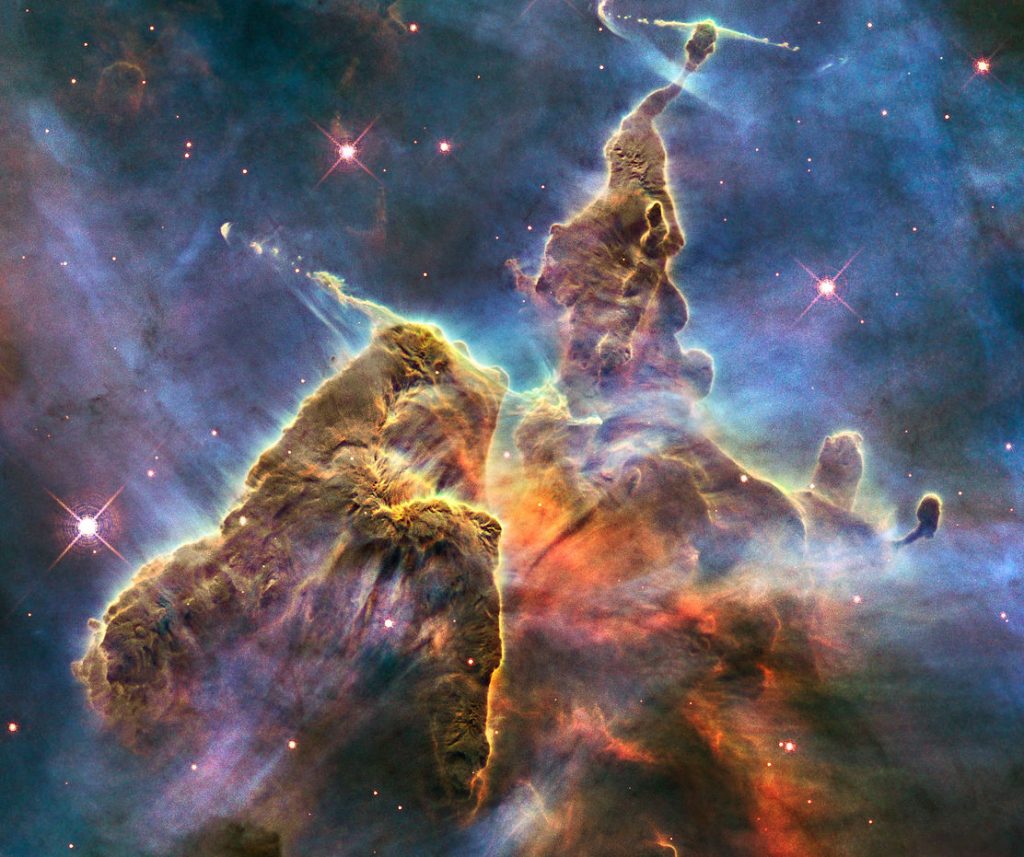 This NASA/ESA Hubble Space Telescope image captures the chaotic activity atop a pillar of gas and dust, three light-years tall, which is being eaten away by the brilliant light from nearby bright stars. The pillar is also being assaulted from within, as infant stars buried inside it fire off jets of gas that can be seen streaming from towering peaks. This turbulent cosmic pinnacle lies within a tempestuous stellar nursery called the Carina Nebula,

WASP-96 b (spectrum). WASP-96 b is a giant planet outside our solar system, composed mainly of gas. The planet, located nearly 1,150 light-years from Earth, orbits its star every 3.4 days. It has about half the mass of Jupiter, and its discovery was announced in 2014.

Southern Ring Nebula. The Southern Ring, or “Eight-Burst” nebula, is a planetary nebula – an expanding cloud of gas, surrounding a dying star. It is nearly half a light-year in diameter and is located approximately 2,000 light years away from Earth.

Stephan’s Quintet: About 290 million light-years away, Stephan’s Quintet is located in the constellation Pegasus. It is notable for being the first compact galaxy group ever discovered in 1877. Four of the five galaxies within the quintet are locked in a cosmic dance of repeated close encounters. Below is an image of Stephen’s Quintet from Chandra and the Canada-France-Hawaii-Telescope: 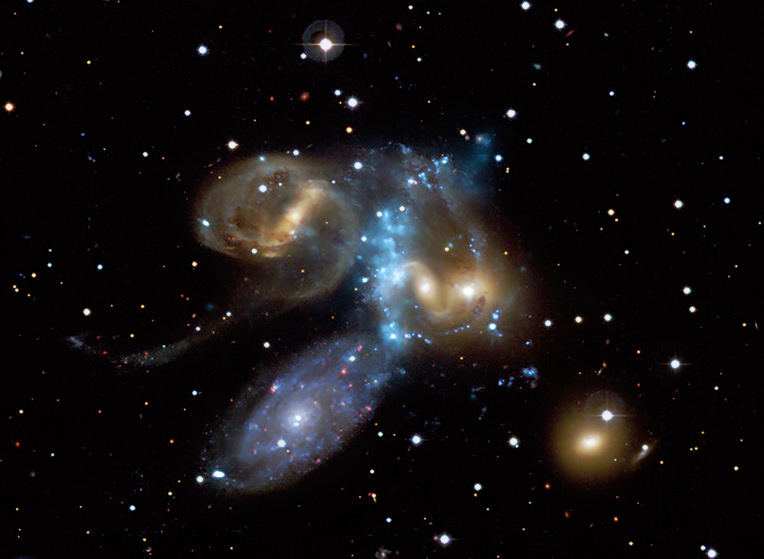 SMACS 0723: Massive foreground galaxy clusters magnify and distort the light of objects behind them, permitting a deep field view into both the extremely distant and intrinsically faint galaxy populations.

The images and spectroscopic data captured by JWST will be revealed on July 12th at 10:30AM ET. You’ll be able to view them on NASA’s website or on NASA TV. Each image will be made available simultaneously on NASA’s JWST social media account.

Learn more about the cosmic images and spectra we're unveiling next Tuesday: https://t.co/gIyTCO8RRg
Set a reminder to watch: https://t.co/Bt8LGpKx0L pic.twitter.com/t44hdwVVOf

The post NASA Reveals What the First Pictures From Webb Will Be appeared first on newsastronomy.com.