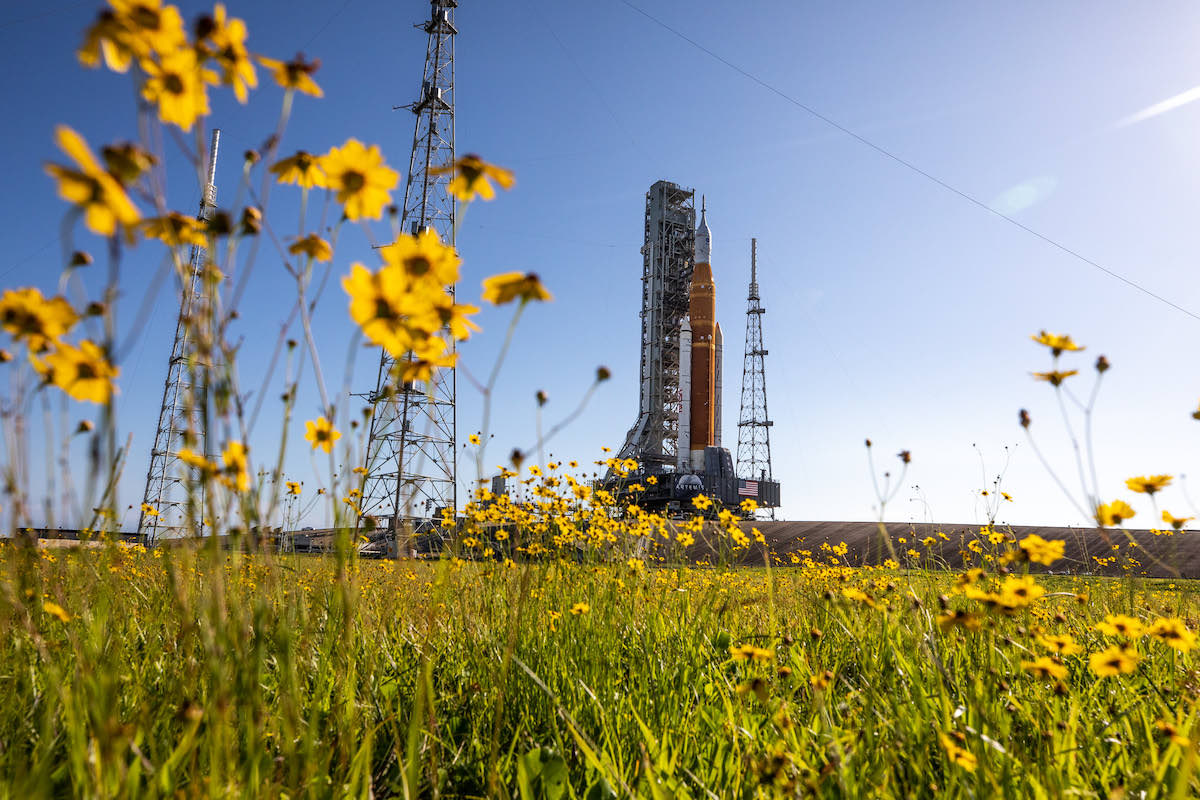 Forgoing another countdown rehearsal, NASA plans to return the first Space Launch System rocket to its assembly hangar at the Kennedy Space Center next week for a hydrogen leak repair and continued preparations for liftoff on the Artemis 1 moon mission.

With the countdown dress rehearsals complete, ground crews at Kennedy are preparing to roll the 322-foot-tall (98-meter) Space Launch System moon rocket to the Vehicle Assembly Building. The return to the VAB is expected to end the Wet Dress Rehearsal, or WDR, campaign was NASA moves closer to launch of the long-delayed Artemis 1 test flight around the moon, sources said late Wednesday.

The Artemis 1 launch will kick off an unpiloted demonstration mission of the powerful SLS moon rocket and the Orion spacecraft before future Artemis flights carry astronauts to the moon. The Space Launch System has been in development more than a decade, costing more than $20 billion to date, making it one of NASA’s costliest programs in that time.

NASA’s launch team encountered several technical problems that prevented full loading of the SLS moon rocket’s cryogenic propellant tanks on three practice countdowns in April. But a fourth dress rehearsal Monday proceeded deeper into the countdown, and the launch team filled the rocket with with its supply of 755,000 gallons of super-cold liquid hydrogen and liquid oxygen for the first time.

But engineers discovered a hydrogen leak in a 4-inch quick-disconnect fitting Monday, forcing the launch team to modify procedures in the final stages of the practice countdown.

NASA’s launch team originally wanted to proceed through the final 10-minute terminal countdown sequence two times, reaching T-minus 9.3 seconds on the final run, just before the time the core stage’s main engines would ignite during a real launch attempt. Engineers spent several hours evaluating the hydrogen leak, and managers finally decided to continue the countdown with only one run through the final 10-minute sequence.

Engineers reconfigured the ground countdown sequencer to mask the hydrogen leak, which would normally trigger a cutoff of the countdown clock. With the workaround in place to tell the ground launch sequencer sequencer computer to ignore the leak, the clock continued to T-minus 29 seconds, one second after control of the countdown handed off from the ground controller to an automated sequencer on-board the SLS moon rocket.

The rocket’s on-board computers commanded the hold at T-minus 29 seconds, when sensors showed the core stage engines were not ready for ignition, NASA officials said Tuesday. The leaky hydrogen connector discovered Monday is associated with a system to thermally condition, or chill down, the core stage’s RS-25 main engines.

Despite the leak and the cutoff of the countdown before reaching T-minus 9 seconds, NASA officials said the dress rehearsal achieved most of its goals.

“I would say we’re in the 90th percentile in terms of where we need to be overall,” said Mike Sarafin, NASA’s Artemis 1 mission manager, in a conference call with reporters Tuesday.

But Sarafin said there are still some “open items” left unaccomplished during Monday’s countdown rehearsal. One of those was the startup of the hydraulic power units on the SLS solid rocket boosters, which should have occurred in the final 30 seconds of the countdown to drive the booster nozzles through a gimbal steering check with their thrust vector control mechanisms, according to John Blevins, the SLS program’s chief engineer at the Marshall Space Flight Center.

“We will have either a successful launch or a scrub because we have protection in the system for those objectives that we didn’t meet, should they not perform properly on launch day,” Blevins said. “So they’re not really about making the vehicle safer to fly. They’re really about can we hit the launch target for our window that’s optimum for our lunar mission.”

Tom Whitmeyer, NASA’s exploration systems manager, said Tuesday that he was “very encouraged” with the outcome of the countdown rehearsal.

“We think that we had a really successful rehearsal,” Whitmeyer said.

“There is relative risk to continuing to exercise the hardware at the pad (for another rehearsal),” Whitmeyer said Tuesday. “That’s not necessarily a non-risk situation.”

The powerful Space Launch System, powered by leftover space shuttle engines and boosters, is central to NASA’s lunar mission planning. The rocket will send crews toward the moon on the Orion capsule, which will link up with a landing stage delivered to lunar orbit on a separate launch. The lander will then ferry astronauts the moon’s surface and back to the Orion spacecraft for return to Earth.

The program’s first moon landing will come after the Artemis 2 flight, a mission that will send four astronauts on a trajectory beyond the far side of the moon and back to Earth. The Artemis 1 mission is a precursor to Artemis 2.

Once the Artemis 1 rocket is back inside the Vehicle Assembly Building, the Artemis ground team will troubleshoot the leaky hydrogen connector detected Monday. Technicians will also complete preparations on the flight termination system, which would be activated to destroy the rocket if it veers off course after liftoff.

Final inspections and closeouts are also on tap inside the VAB, and the ground team will recharge batteries on some of the CubeSat secondary payloads mounted under the Orion spacecraft.

NASA has not set a target launch date for the Artemis 1 mission, but agency officials said last week the earliest the flight could be ready for launch is late August. NASA has Artemis 1 launch dates available in periods lasting about two weeks, when the moon is in the correct position in its orbit, and the trajectory ensures the Orion spacecraft’s power-generating solar panels are not shadowed for more than 90 minutes at a a time.

Other constraints include requirements to meet specific parameters for re-entry and a daylight splashdown of the Orion capsule at the end of the mission.