If NASA’s Artemis project to return to the Moon permanently is going to succeed, it will need a lot of power. Shipping traditional fossil fuels up there is impractical, and surface solar cells won’t work for the two weeks that a given side of the Moon is shadowed. So the best option may be to set up a nuclear power station. NASA solicited some ideas along those lines with a preliminary design request for proposal – and they recently announced that three groups would each receive $5 million to develop preliminary designs for surface-based lunar fission reactors.

The names of the companies that received the funding probably won’t surprise anyone closely tied to the nuclear industry. They include:

The cross-disciplinary nature of the project requires companies that are nuclear specialists (such as Westinghouse) to coordinate with rocketry specialists (such as Aerojet). The project is run by a combination of NASA and Department of Energy labs, with the DoE’s Idaho National Laboratory taking the lead on the project. At the same time, NASA contributes expertise from their fission surface power project at Glenn, and the funding comes from the Space Technology Mission Directorate, based at Marshall.

The RFP was initially released in November, with proposals due in March. Now the awardees, each of whom will have $5 million to work with, will have 12 months to work on their initial design concepts for a 40 kW fission reactor that can operate on the lunar surface for at least ten years.

The companies don’t have to start from scratch, though – they can leverage a former NASA project that ended in 2018 that aimed to create a reactor that could survive on the Moon. Known as the Kilopower Reactor Using Stirling Technology, it was mantled with the humorous nickname of KRUSTY.

KRUSTY, which operated in collaboration with the National Nuclear Safety Administration, used a Stirling engine rather than the typical water-based heat engine most nuclear power plants are designed around. Using a Sterling engine, which relies on gas rather than heavier liquid, is one way to save weight and solve some energy problems that would plague liquid-based heat engines. 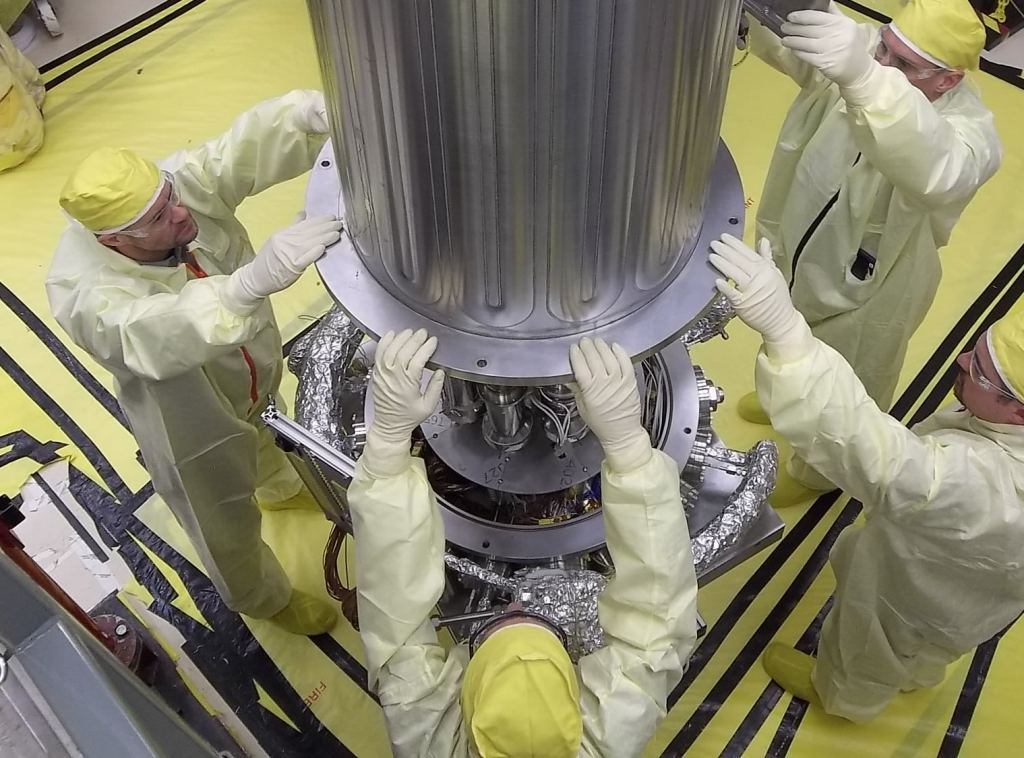 There’s still a long way to go before any fission reaction takes place on the Moon, though. At the earliest, a test reactor might be ready in the early 2030s. But most exploration experts agree that nuclear’s consistent, reliable power will be absolutely critical to humanity’s efforts for a sustained presence in the solar system. With the output of these projects in hand in a year, NASA will be one step close to realizing that critical goal.

Lead Image:
Concept art of a fission reactor on the surface of the moon.
Credit – NASA

The post NASA Funds the Development of a Nuclear Reactor on the Moon That Would Last for 10 Years appeared first on newsastronomy.com.