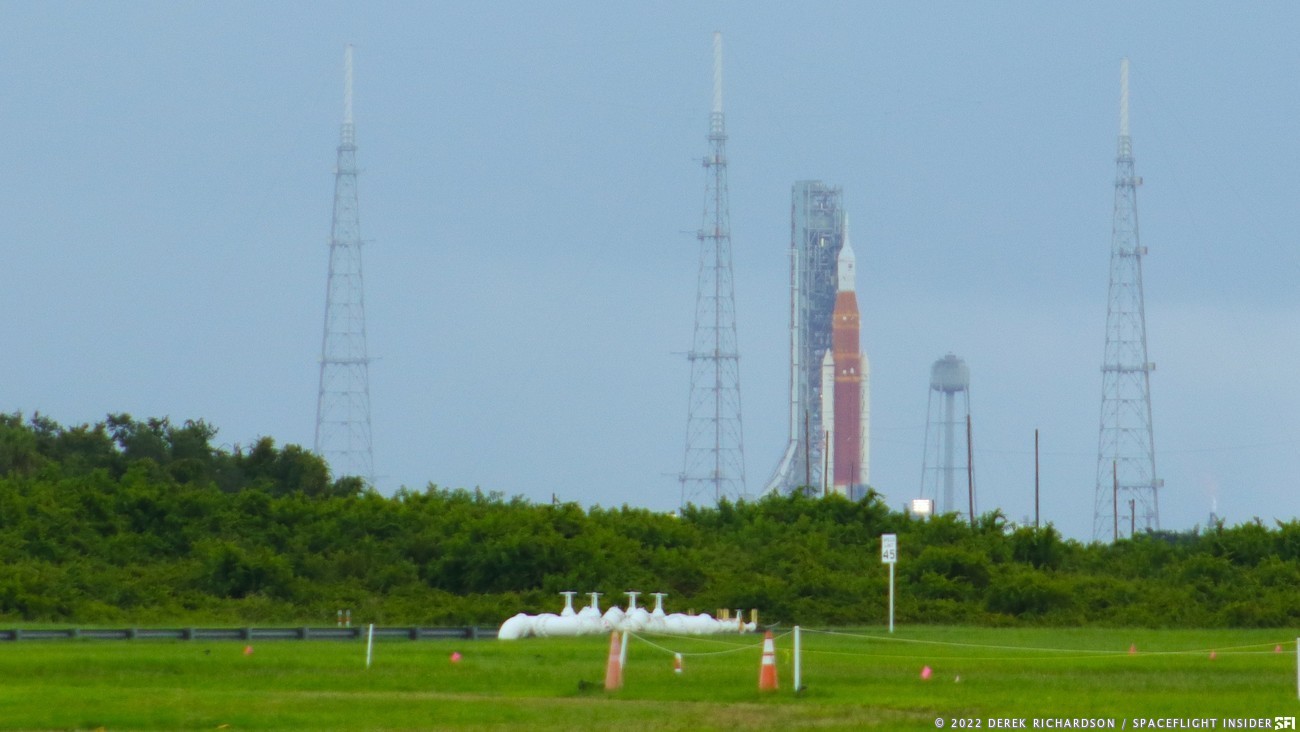 The first attempt at flying NASA’s Artemis 1 Space Launch System rocket and Orion spacecraft was called off because of a problem with one of the core stage’s engines.

At T-minutes 40 minutes, the countdown entered an unplanned hold during the Aug. 29, 2022, launch attempt while teams evaluated why a test to verify the condition of the engines was not successful. The problem was specifically with engine No. 3. 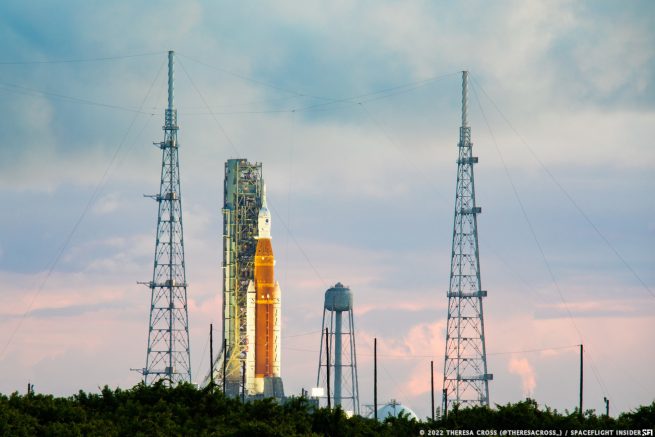 “Launch controllers condition the engines by increasing pressure on the core stage tanks to bleed some of the cryogenic propellant to the engines to get them to the proper temperature range to start them,” NASA updated in a blog post. “Engine 3 is not properly being conditioned through the bleed process, and engineers are troubleshooting.”

“Launch controllers were continuing to evaluate why a bleed test to get the RS-25 engines on the bottom of the core stage to the proper temperature range for liftoff was not successful, and ran out of time in the two-hour launch window,” NASA said. “Engineers are continuing to gather additional data.”

From the beginning of the launch attempt, there were problems. At first, the filling of the liquid oxygen tank hand to be delayed by about an hour because of a lightning threat.

Moreover, about five hours before the planned 8:33 a.m. EDT (12:33 UTC) launch, there was a potential leak in the liquid hydrogen umbilical system that showed up when the rocket was getting ready to transition from hydrogen “slow fill” to “fast fill.”

NASA ultimately restarted that process and manually chilled the liquid hydrogen fluid lines, which seemed to fix the problem of a leak indication.

However, until the nature of the engine problem is resolved, NASA has not decided whether launch teams will attempt another flight then. There is also a third opportunity at 5:12 p.m. EDT (21:12 UTC) Monday, Sept. 5.

Artemis 1 is the first launch of the combined SLS/Orion stack and is expected to send the unpiloted Orion spacecraft on a 42-day trip to the Moon and back. It is a full systems test of the system before launching people on the Artemis 2 mission in 2024.