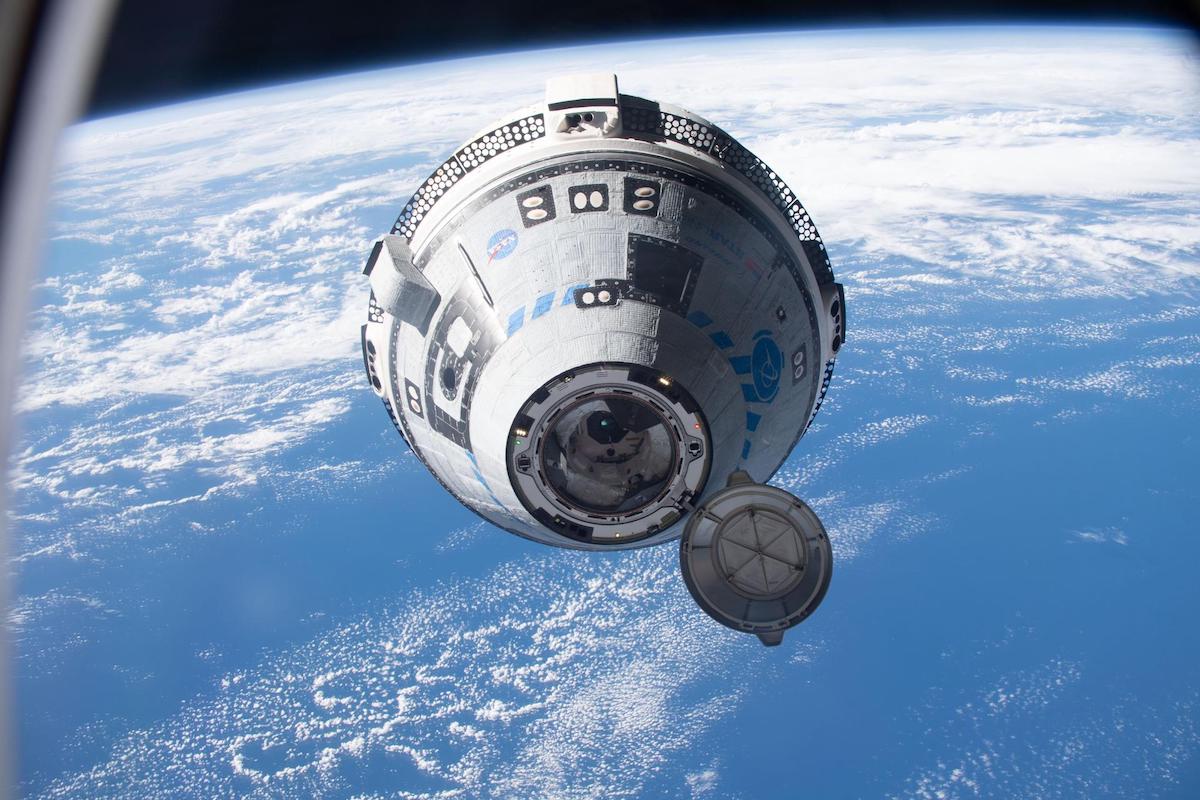 NASA and Boeing have penciled in a launch date in February for the first piloted test flight of the Starliner commercial crew capsule, allowing time to implement fixes on the spacecraft after an unpiloted demo to the International Space Station earlier this year.

The CST-100 Starliner spacecraft’s first flight to the station launched May 19 from Cape Canaveral on top of a United Launch Alliance Atlas 5 rocket. The capsule docked with the station May 20, then undocked and returned to Earth for a parachute-assisted landing in New Mexico on May 25.

The uncrewed demonstration mission, known as Orbital Flight Test-2, was “very successful,” according to Mark Nappi, Boeing’s vice president and manager for the Starliner program.

A previous orbital test flight, called OFT-1, ended prematurely in 2019 due to a software problem that kept the capsule from reaching the space station.

Boeing has built two reusable Starliner crew modules, which are fitted with new service modules for reach mission. The crew module that flew on the OFT-1 mission in 2019 will fly again on the Crew Flight Test, and spacecraft from the OFT-2 mission will be reused on the first of six operational Starliner crew rotation missions.

Nappi said Boeing is completing a final report for NASA on the results from the OFT-2 mission, which had 222 flight test objectives to prove out the spacecraft before the next mission — known as the Crew Flight Test — flies with astronauts.

“We looked at all those systems, or areas that we needed to go do a little more more work on the system, and we plugged that into the plan, and that’s what moved us out by about a month or five weeks or so,” Nappi said.

“We knew that we were going to learn something from the (OFT-2) flight, and there was likely going to be some what I would call fine-tuning that we would need to do to make the system work better, and more like the design was intended,” Nappi said.

One of those areas involves the spacecraft’s Orbital Maneuvering and Attitude Control thrusters. Two of the 20 OMAC engines on the OFT-2 mission shut down early during the spacecraft’s orbit insertion burn just after launch. The other engines compensated for the problem without any significant impacts to the rest of the flight.

Nappi said investigators determined debris in the propulsion system likely caused the problem with the OMAC engines. Technicians have inspected the spacecraft for the Crew Flight Test to make sure its propulsion system is free of any similar particles.

Several smaller Reaction Control System, or RCS, thrusters also stopped working during the Starliner spacecraft’s rendezvous with the station. Nappi said the most likely cause of that problem involved “low inlet pressures and some manifold pressure dynamics that delayed the sensor responses.”

That issue can be resolved by introducing a “very small change” to tweak timing and tolerance settings in the propulsion system, Nappi said.

The RCS and OMAC engines were on the Starliner service module, which burned up during re-entry into the atmosphere. 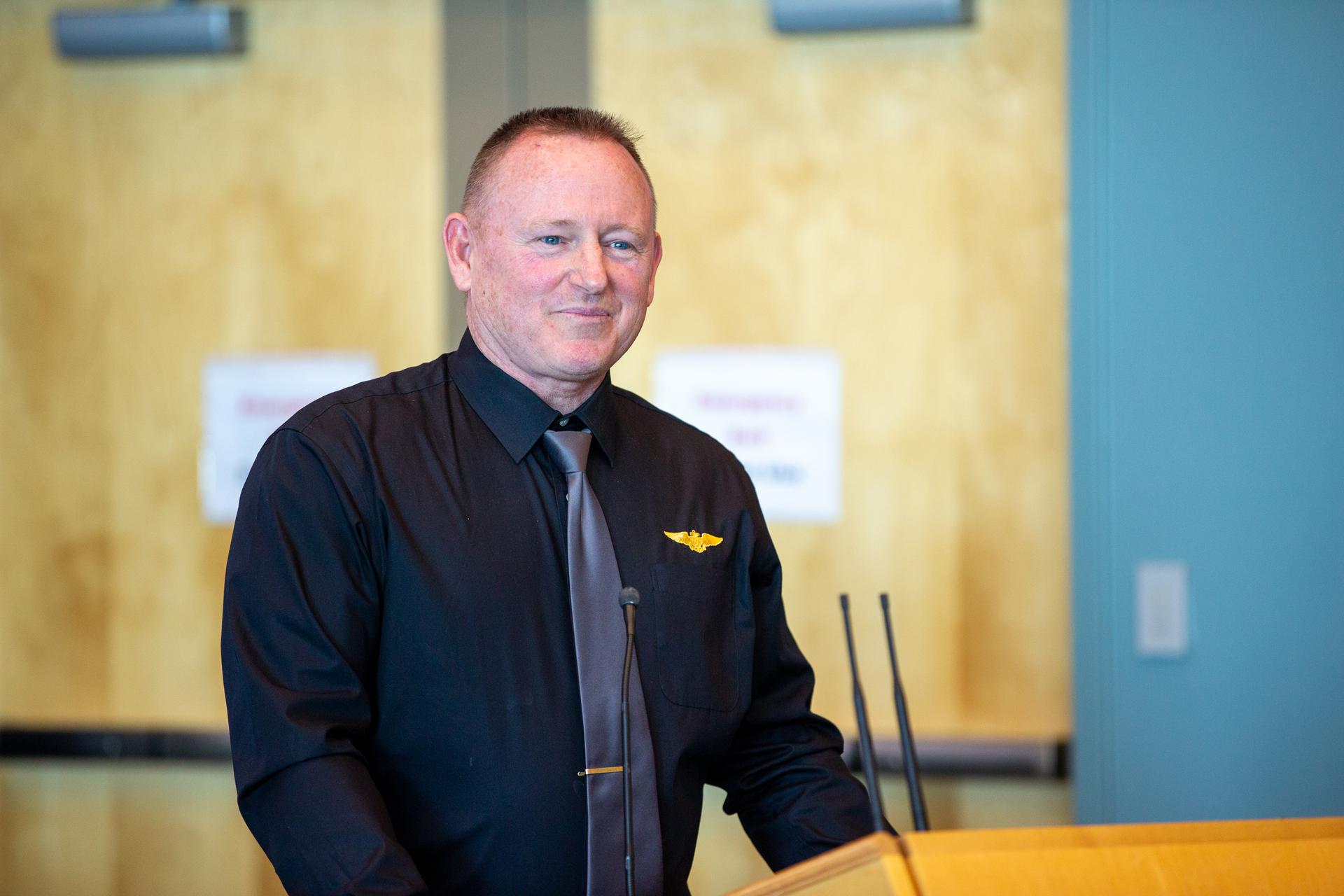 Boeing is also removing some unnecessary filters from cooling loops on the spacecraft’s thermal control system after high pump pressures were detected during the OFT-2 mission.

“We’ve determined that that was due to a restriction of flow through some of the (coolant) lines,” Nappi said. “We found there were some filters in the system that we’ve determined are not required, so we’ve removed those filters to alleviate that problem from happening in the future.”

The Starliner spacecraft’s Vision-based, Electro-Optical Sensor Tracking Assembly, or VESTA, rendezvous sensors performed well during the capsule’s final approach to the space station. The VESTA sensors feed position and closure rate data to the Starliner’s flight computer to autonomously guide the spacecraft in for docking.

The rendezvous navigation system generated more data than expected during the OFT-2 docking sequence. Boeing is updating the Starliner’s flight software load to accommodate the increased data feeding into the flight computer during the rendezvous with the space station.

“All this work has been planned into our schedules, and we’ve determined the launch readiness date in the February timeframe,” Nappi said.

The crew module for the Crew Flight Test, named “Calypso,” will be connected with its service module in the November timeframe at Boeing’s Starliner factory and refurbishment facility at the Kennedy Space Center in Florida.

The updated software revision, mission planning, and crew training is also on track to be complete in time for a launch date in February, Nappi said.

Running years late, Boeing’s Starliner program will give NASA a second U.S. spacecraft capable of ferrying crews to and from the space station.

SpaceX’s Crew Dragon spacecraft launched with astronauts for the first time in May 2020. Seven Dragon crew missions have launched to date, including five NASA-contracted missions to the space station. NASA awarded multibillion-dollar contracts to Boeing and SpaceX in 2014 to complete development of their commercial crew vehicles.

Assuming the Starliner Crew Flight Test is successfully completed in early 2023, NASA hopes to fly the first operational six-month Starliner crew rotation mission with a team of four astronauts in the fall of 2023.

SpaceX’s Dragon spacecraft has launched station crews at roughly six-month intervals since 2020. Once Boeing’s capsule is certified for long-duration missions, the Starliner and Dragon spaceships will alternate on the space station schedule, with each company launching NASA crews once per year.