This Fall, the fifth crewed mission (Crew-5) of the NASA Commercial Crew Program will depart for the International Space Station (ISS). This mission will see four astronauts launch from the Kennedy Space Center in Flordia aboard a SpaceX Crew Dragon (atop a Falcon 9 rocket). Once they reach the ISS, they will join the crew of Expedition 67 and conduct science experiments as part of Expedition 68. The mission commander of this flight, Nicole Aunapu Mann, is a naval aviator and test pilot with a distinguished military career. She will also be the first Indigenous woman ever to go to space!

Nicole Aunapu Mann (nee Nicole Victoria Aunapu) was born in 1977 in Petaluma and is a member of the Wailacki nation, part of the Round Valley Indian Tribes in northern California. In 1999, Mann graduated from the US Naval Academy with a degree in mechanical engineering. She then enlisted in the US Marine Corps (USMC) and completed her graduate studies at Stanford University, receiving an M.Sc. in mechanical engineering. She then attended flight training at NAS Pensacola, where she graduated in 2002 and went on to serve in Iraq and Afghanistan.

During her career as a military naval aviator, Mann achieved the rank of Colonel with the Aviation arm of the USMC. She also accumulated over 2,500 hours of flight time in 25 types of aircraft, made 200 carrier landings, and flew a total of 47 combat missions. In 2013, Mann was selected as one of the eight members of NASA Astronaut Group 21 and completed her training in 2015. As a NASA engineer, she has worked on developing the Orion spacecraft, the Space Launch System (SLS), and the Exploration Ground Systems. 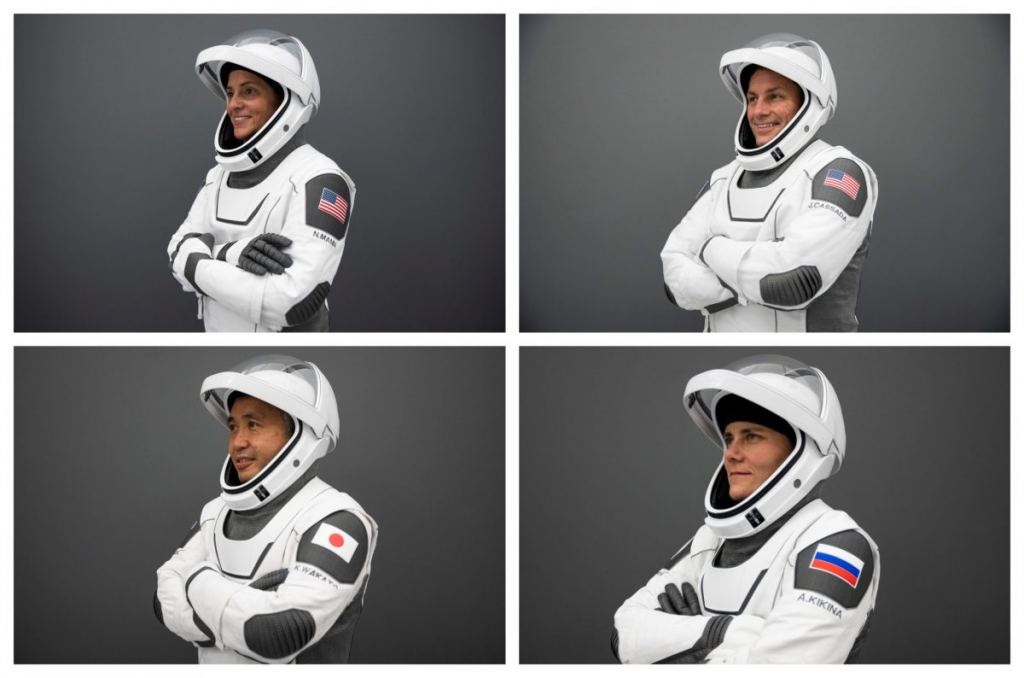 In August 2018, Mann was assigned to the first crewed test flight of the Boeing CST-100 Starliner (which took place in October 2021). However, due to technical issues with the uncrewed flight (OST-1), Mann was transferred to the Crew-5 mission as the Spacecraft Commander. She will be joined by fellow NASA astronaut Josh Cassada, Japan Aerospace Exploration Agency (JAXA) astronaut Koichi Wakata, and Russian cosmonaut Anna Kikina. As mission commander, Mann will lead all phases of the flight, including the launch from Kennedy Space Center and docking with the ISS to their departure and atmospheric re-entry.

This will be her first spaceflight, and she looks forward to the science on board that will benefit the human race. As she stated in an interview with Indian Country Today, Mann is also proud to be the first Indigenous woman in space:

“It’s very exciting. I think it’s important that we communicate this to our community, so that other Native kids, if they thought maybe that this was not a possibility or to realize that some of those barriers that used to be there are really starting to get broken down.”

While aboard the station, Mann will serve as the Expedition 68 flight engineer. During their six-month stay aboard the ISS, they will conduct approximately 250 scientific experiments in microgravity. One experiment that Mann is particularly excited about is a 3D-printing experiment designed to fabricate living tissue samples (aka. bioprinting.) On Earth, the force of gravity makes it harder to grow the cells that make up the “feedstock,” but in microgravity, it’s possible to create cells with a much more intact structure. These experiments are expected to play a vital role in developing bioprinted replacement organs. Said Mann:

“One of the ones that I’m looking most forward to is called the biofabrication facility. And it is literally 3D printing human cells, which to me sounds so futuristic, right? We’re not there yet. However, we have successfully printed some heart cells as well as part of the meniscus of a knee. And so this facility has flown, and then come and printed cells and then come back to Earth. They made changes, they learned it flew again, came back to Earth, they made changes, and they’re about to fly it again. So that’ll be our chance to participate.” 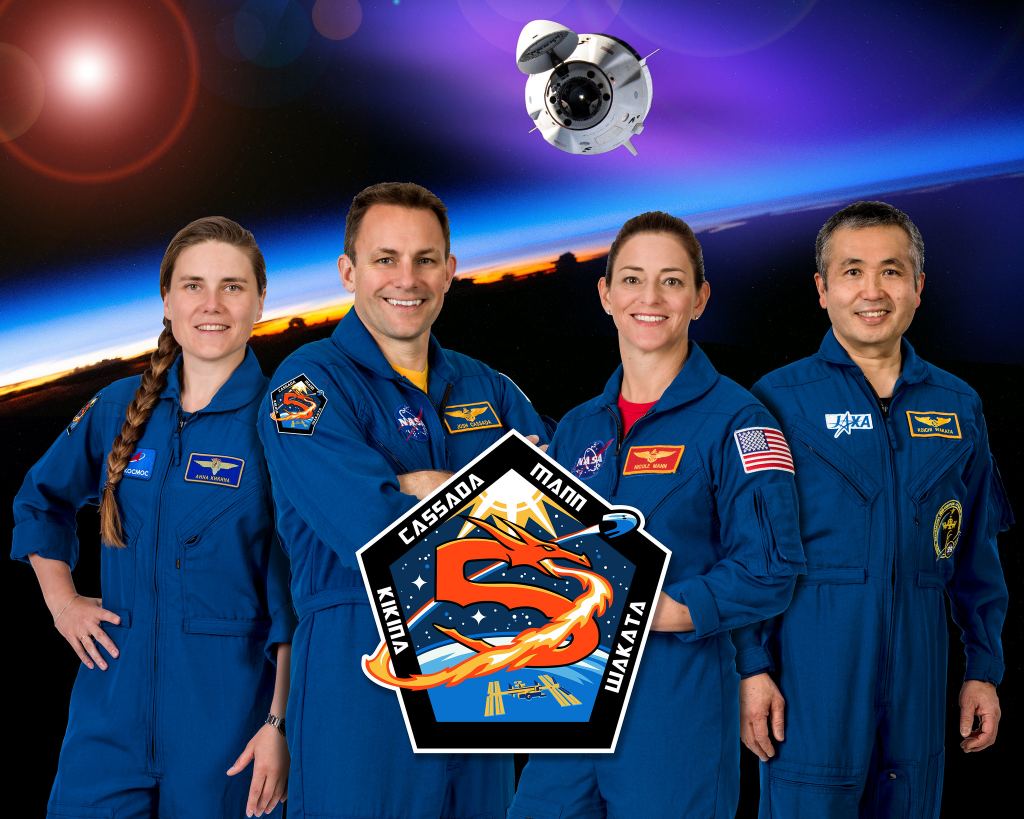 Another thing Mann is looking forward to is the possibility of a little Extra-Vehicular Activity (EVA), otherwise known as a “spacewalk.” According to Mann, this was probably the most challenging part of her astronaut training experience but also the most enjoyable. As with all astronauts bound for the ISS, this consisted of getting into a pressure suit filled to approximately 4.3 psi, then doing practice runs with a mockup of the ISS inside a large pool. During these runs, the astronaut trainees perform operations that simulate EVAs in space. As Mann described it:

“[E]ach time you move, you’re working against the pressure of that suit, of that 4.3 psi. So it’s like a marathon. The training run is six hours long, you’re physically exhausted, you’re mentally exhausted. You’re done at the end of one of these runs, but everybody says it is the most realistic training for doing a spacewalk in space. And being under the water and climbing along the space station and doing these tasks. It is incredible. It is some of the coolest training I think that we do. And hopefully I’ll have an opportunity to do that in space for real.”

Mann will also bring some hand-picked items as part of her Personal Preference Kit (PPK), a special payload astronauts are permitted to take with them. The SpaceX Crew Dragon permits a PPK of 1.5 kg (3.3 lbs), and the dimensions cannot exceed 12.7 cm x 20.32 cm x 5.08 cm (5″ x 8″ x 2″). “I have some special gifts for my family, which I can’t say because they’re a surprise,” said Mann. “Definitely taking my wedding rings, and I have this dream catcher that my mother gave me when I was very young. It’s kind of always stayed with me throughout my time.”

The mission is scheduled to launch on September 29th, 2022, at the earliest. This mission will be Cassada and Kikina’s first mission to the ISS, who will serve as the mission pilot and mission specialist, respectively. Wakata, meanwhile, will be making his fifth visit to the ISS on this mission and will also serve as a mission specialist. Once aboard the station, they will also serve as Expedition 68 flight engineers, alongside Mann.

The post NASA Astronaut Nicole Aunapu Mann will be the First Indigenous Woman in Space! appeared first on newsastronomy.com.