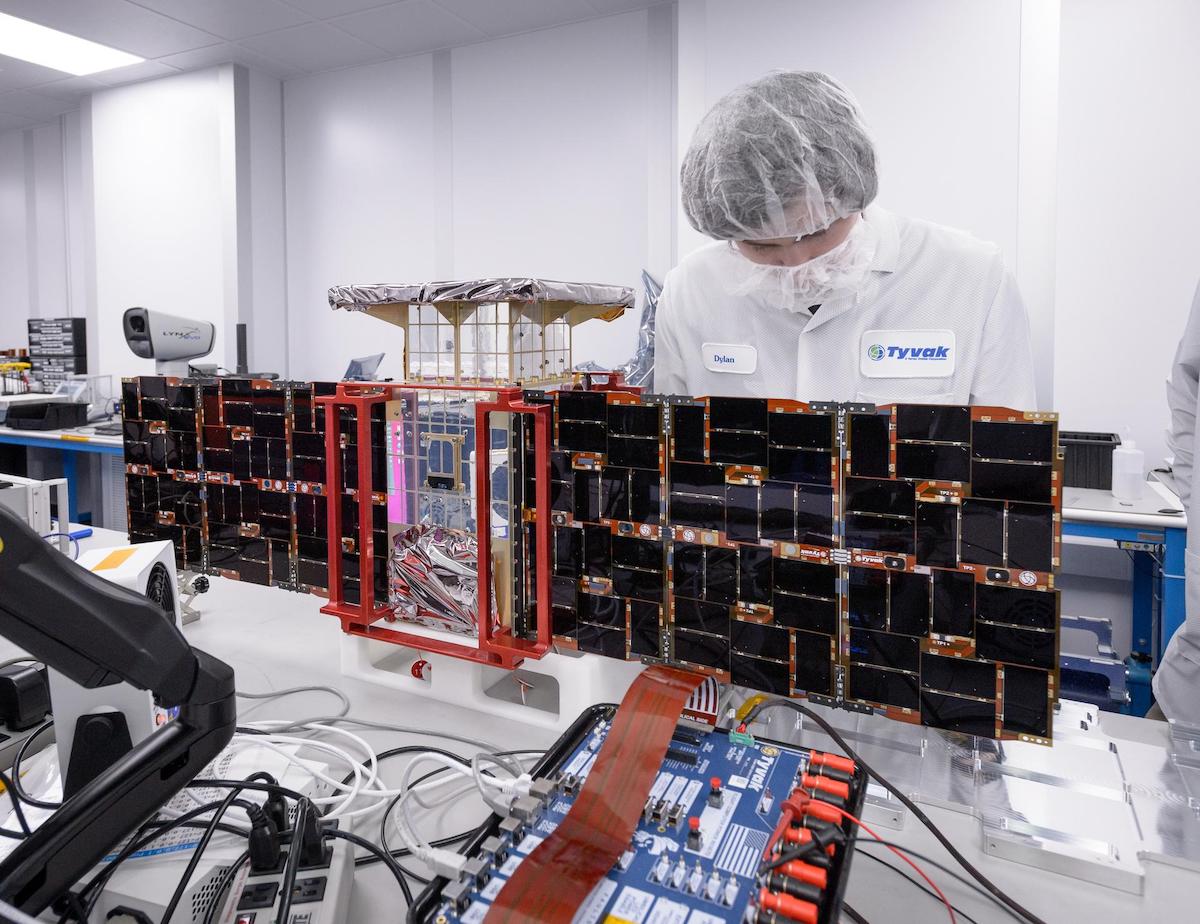 NASA and commercial companies are ready to launch a 55-pound spacecraft from New Zealand to the moon Tuesday on a scouting mission to the orbit where engineers plan to assemble the Gateway mini-space station, a waypoint for astronauts flying to and from the lunar surface.

The Cislunar Autonomous Positioning System Technology Operations and Navigation Experiment, or CAPSTONE, mission is set to blast off at 5:55 a.m. EDT (0955 GMT) Tuesday from Rocket Lab’s privately-owned spaceport on the North Island of New Zealand.

An Electron rocket and Photon space tug built by Rocket Lab will haul the CAPSTONE spacecraft into orbit, and then set the probe on a course to intercept the moon later this year.

The spacecraft is about the size of a microwave oven. The mission was developed at a cost of $30 million, an unusually low budget for a project of CAPSTONE’s ambition. And the payoff could ripple across the commercial launch and small satellite industries, space science, and NASA’s Artemis program to return astronauts to the surface of the moon.

“Part of what makes this mission compelling, from my perspective, is how it is pushing forward our desire to increase the pace of space exploration, the expansion of commercial space capabilities, helping support not just our major human exploration program, but also helping expand the capability of small missions to reach new destinations and operate in challenging new environments,” said Chris Baker, a manager in NASA’s small spacecraft technology program.

CAPSTONE will take a circuitous, fuel-efficient path to the moon lasting more than four months. In November, the small spacecraft will slip into a special type of orbit around the moon called a near rectilinear halo orbit, or NRHO, taking CAPSTONE as close as 1,000 miles (1,500 kilometers) and as far as 43,500 miles (70,000 kilometers) from the lunar surface.

The same type of orbit will be used by NASA’s Gateway mini-space station, an element of NASA’s Artemis program that will serve as a staging base and experiment platform. Astronauts will use the Gateway as a stopover between Earth and the moon. 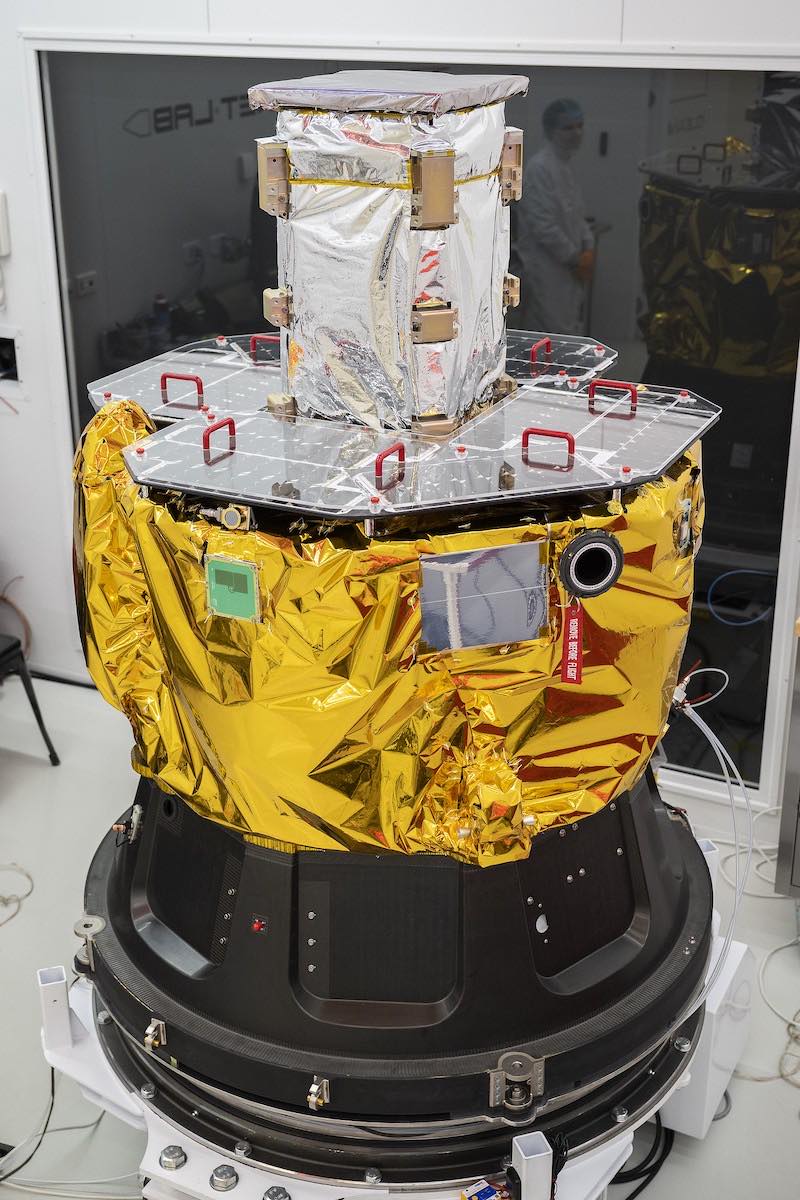 NASA’s CAPSTONE spacecraft is pictured no top of Rocket Lab’s Photon tug, which will give the mission a boost toward the moon. Credit: Rocket Lab

The CAPSTONE mission will demonstrate the fine maneuvers to nudge a spacecraft into the Gateway’s orbit, which requires only small amounts of fuel to maintain. Spacecraft and lunar landers can enter and exit the orbit with low-impulse thruster burns, and a station in such an orbit will have a continuous communications link with Earth.

A lunar lander departing the Gateway’s orbit will be able to ferry astronauts to the moon’s south pole, where scientists have discovered water ice in permanently shadowed craters.

One of the two prime objectives for the CAPSTONE mission is to demonstrate the maneuvers required to reach the unique near rectilinear halo orbit, where gravitational influences from the Earth and the moon can effect the trajectory of a spacecraft. No mission has ever flown in this specific type of orbit.

CAPSTONE, and eventually the Gateway station, will take about seven days make on lap around the moon. On six of those days, Earth’s gravity is the primary influence in spacecraft, but the tug from the moon takes over on the day the craft is closest to the lunar surface.

Engineers want to learn about the “operational realities” of how to stay in the elongated orbit, while accounting for the ever-changing positions of the Earth and the moon, said Bradley Cheetham, CEO of Advanced Space and principal investigator for the CAPSTONE mission.

Getting to the halo orbit is an experiment of its own.

After launching from New Zealand on an Electron booster, CAPSTONE and Rocket Lab’s Lunar Photon space tug will separate from the second stage to begin a series of orbit-raising burns. The Electron will initially drop off CAPSTONE and the Lunar Photon carrier module in low Earth orbit about nine minutes after liftoff. 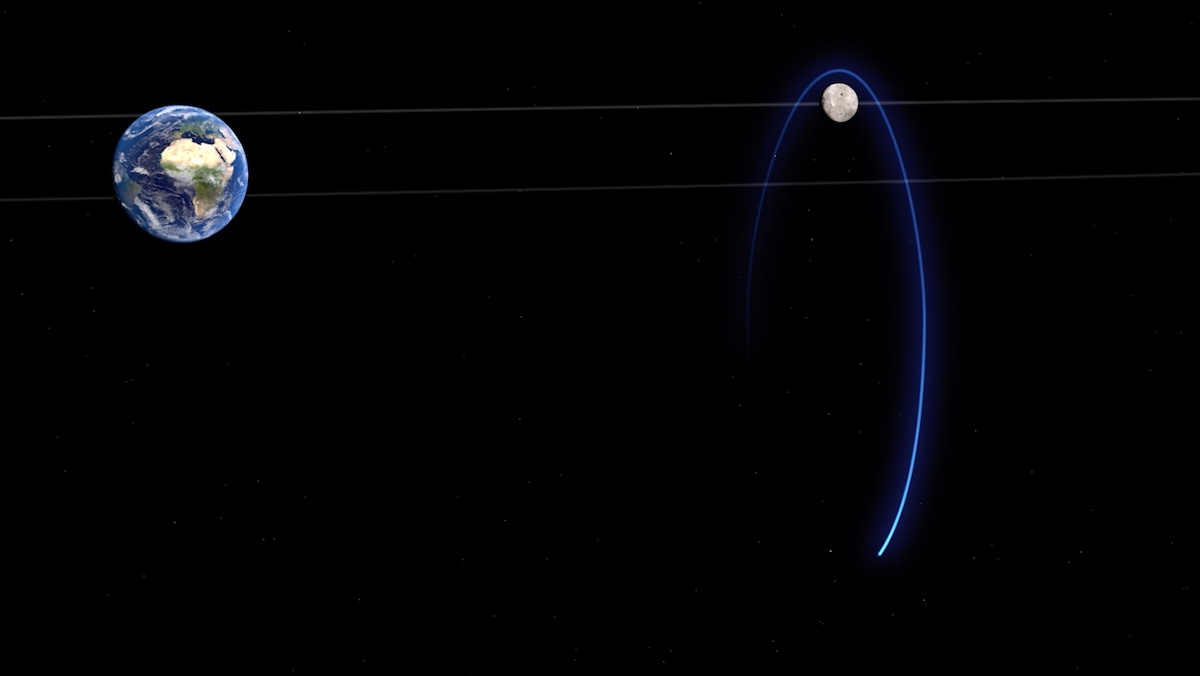 Two burns by the Lunar Photon tug’s liquid-fueled HyperCurie engine, itself a new technology, in the first hour of the mission will begin boosting CAPSTONE’s altitude.

The Lunar Photon engine will perform additional raising burns over the next five days, then a final HyperCurie ignition will send CAPSTONE on an course toward a point in space more than 800,000 miles (1.3 million kilometers) from Earth, more than three times the distance of the moon.

The CAPSTONE spacecraft will separate from the Lunar Photon carrier about six days into the mission, then perform more course corrections with its own tiny hydrazine thrusters.

At its farthest point from Earth, the sun’s gravity will exert influence on CAPSTONE’s trajectory, helping naturally guide the spacecraft back toward the moon, where the spacecraft will fire its thrusters to steer into the halo orbit.

If CAPSTONE launches in a window extending through late July, the mission will reach its halo orbit destination Nov. 13, about four months after launch. NASA’s Apollo missions reached the moon in three-to-four days.

The approach for CAPSTONE offers a “much more efficient transfer in terms of fuel usage, but it trades that efficiency for time,” Baker said.

The trajectory also changes as the Earth and moon shift their positions relative to one another, and the path CAPSTONE will follow can change on a daily basis, in the event of launch delays, Cheetham said.

Future Artemis crew missions to the moon will travel to the halo orbit quicker, covering the quarter-million-mile distance in as few as five days, according to Nujoud Merancy, chief of the exploration mission planning office at NASA’s Johnson Space Center in Houston.

If the CAPSTONE mission runs into problems, Merancy said NASA will move forward with the Gateway and other elements of the Artemis program without data from the pathfinder probe.

Rocket Lab won the $10 million contract to launch the CAPSTONE mission in 2020, and originally intended to send the spacecraft aloft from a new launch site at Wallops Island, Virginia. But delays in certifying the Electron rocket’s range safety system has prevented Rocket Lab from starting service from Virginia, forcing officials to move the CAPSTONE launch to the company’s New Zealand spaceport already in operation.

The Lunar Photon tug designed to do much of CAPSTONE’s lifting is an upgraded version of the Photon platform Rocket Lab developed as an experiment platform for low Earth orbit. The Photon is an evolution of Rocket Lab’s kick stage originally built to place Electron rocket payloads into their final orbit for deployment.

“Doing a mission like this is no easy task,” said Peter Beck, founder and CEO of Rocket Lab, which was established in New Zealand and is now based in Long Beach, California,. “What I’m most excited about is we’re really, from Rocket Lab’s perspective at least, bringing a anew capability to go very far and do exciting things in deep space at a budget and a timeline that was really never seen before.” 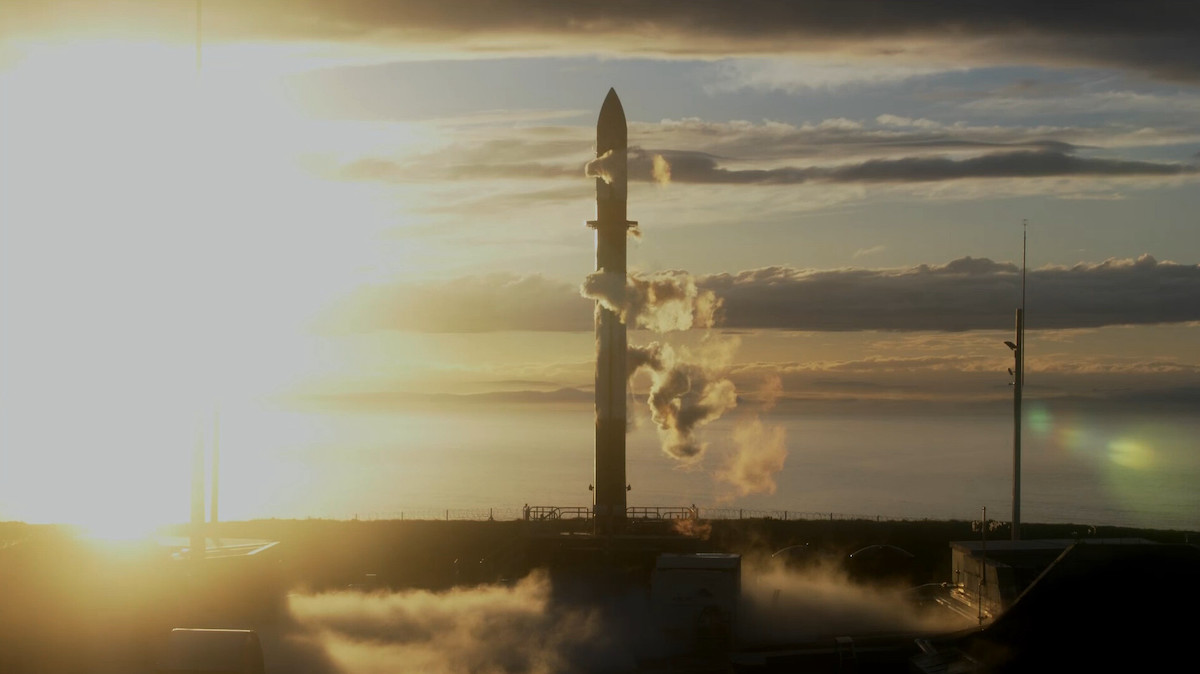 After reaching the moon, the CAPSTONE mission will perform experiments in collaboration with NASA’s Lunar Reconnaissance Orbiter, which flies in an orbit closer to the moon. The two spacecraft will establish a radio link with each other to test a deep space navigation capability.

The mission also carries a chip-scale atomic clock to assist in navigation, giving the spacecraft another source of information to estimate its position in space.

The small spacecraft also carries a camera to snap pictures of the moon, although the image-taking is not part of the primary goals for the mission.

“Why would you go to the moon without a camera, right?” Cheetham said.