If you’re a fan of the commercial space industry (aka. NewSpace), then the name Masten Space Systems is sure to ring a bell. For years, this California-based aerospace company has been developing delivery systems to accommodate payloads to the Moon, Mars, and beyond. This included Xoie, the lander concept that won the $1 million Northrop Grumman Lunar X-Prize in 2009, their Xombie and Xodiac reusable terrestrial landers, and the in-Flight Alumina Spray Technique (FAST) that would allow lunar landers to create their own landing pads.

But perhaps their biggest feat was the Xelene Lunar Lander (XL-1) that they developed in partnership with the NASA Lunar CATALYST program. This lander was one of several robotic systems enlisted by NASA to deliver cargo to the Moon in support of the Artemis Program. This included the Masten-1 mission, which was scheduled to land a payload Moon’s southern polar region in 2023. The company was scheduled to make a second delivery (Masten-2) by 2024, one year before the first Artemis astronauts arrived. But according to a statement issued on July 28th, the company has filed for Chapter 11 and is bankrupt!

This news comes as little surprise, given recent events. In November 2018, Masten was one of nine companies selected by NASA to deliver payloads to the lunar surface as part of their Commercial Lunar Payload Services (CLPS). This program awarded contracts of indefinite delivery and indefinite quantity with a total value of $2.6 billion through 2028. In April 2020, NASA awarded Masten a $75.9 million contract to deliver nine scientific payloads using its XL-1 lander. This included the MoonRanger rover and eight scientific instruments to the Hawthorn Crater at the lunar south pole in 2022.

“The $75.9 million award includes end-to-end services for delivery of the instruments, including payload integration, launch from Earth, landing on the Moon’s surface, and operation for at least 12 days,” said NASA in the press statement it issued at the time. “Masten Space Systems will land these payloads on the Moon with its XL-1 lander.” In June 2021, Masten announced that this mission would be delayed until November 2023, citing the pandemic and COVID-19 restrictions as the cause. Said company founder Dave Masten in a company statement:

“We’ve been adapting the mission plan to account for COVID-19 supply chain delays and manage conditions as they evolve, but the overall impact on our timeline reached a point where we need to shift to the next window to go (as you know, there’s a limited accessibility window to the south pole due to the orbit of the Moon).”

By Spring of 2022, Parabolic Arc began reporting how the company was experiencing managerial shakeups as key employees – including CEO Sean Mahoney and Director/Manager Reuben Garcia – announced their departure. Between June and July, the company laid off 20 more employees (including 15 engineers working on the XL-1 mission) and announced it was furloughing its employees. At this juncture, it seemed obvious that the pandemic had drained Masten financially, to the point that it was on the verge of shutting down.

According to the filings made to the U.S. Bankruptcy Court for the District of Delaware (case #22-10657), Masten has declared that they have $10 to $50 million in both assets and liabilities. Sean Bedford, the general counsel of Masten Space Systems, discussed the filing in a statement to SpaceNews: “Masten intends to use the Chapter 11 process to streamline Masten’s expenses, optimize its operations and conduct sale processes that maximize value for its unsecured creditors,” he said. “We are hopeful that this process will enable Masten to continue operations and deliver value for its customers and the space industry.” 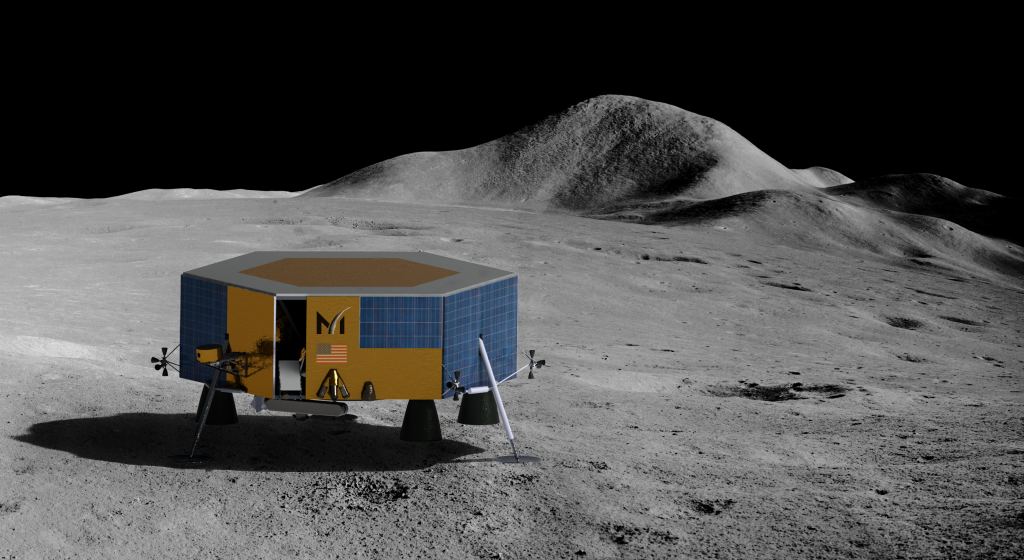 They also indicate that the largest “unsecured creditors” are companies that have similarly contracted with NASA to deliver payloads and cargo to the Moon. These include SpaceX (whom they owed over $4.6 million) but also includes Psionic LLC ($2.78 million), Astrobotic Technology Inc. (~$2.7 million), NuSpace (~$1.7 million), and Frontier Aerospace Inc. ($1.168 million). Whereas Psionic is a developer of navigation systems and software, Astrobotic is another aerospace company that designs lunar lander concepts. They are currently contracted with NASA to develop and deploy the Volatiles Investigating Polar Exploration Rover (VIPER), which will search for water ice around the southern lunar polar region.

Formerly known as Keystone (an automotive parts manufacturer), NuSpace was founded in 2019 to provide components for aerospace missions, while Frontier Aerospace specializes in propulsion and engine components. As indicated in the filing, Masten is seeking a “stalking horse asset purchase agreement,” which consists of selling off assets via a bidding process. This includes the launch services they secured with SpaceX, which were sold to another lunar lander company (Intuitive Machines) but will extend to other agreements/assets they had secured before filing for Chapter 11.

There’s no indication at this point if Masten will be dissolved or if it plans to use this filing as an opportunity to reorganize and relaunch. However, it seems clear that the XL-1 will not be realized in time for the Artemis Program (if ever). Fortunately, NASA has a wide array of commercial partners through the CLPS program that can pick up the slack and continue to create lunar landers that will be launch-ready when the time comes. One way or another, those payloads are getting to the Moon in advance of the Artemis astronauts!

The post Masten Space is Building a Lunar Lander for NASA. Also, They Just Filed for Bankruptcy appeared first on newsastronomy.com.