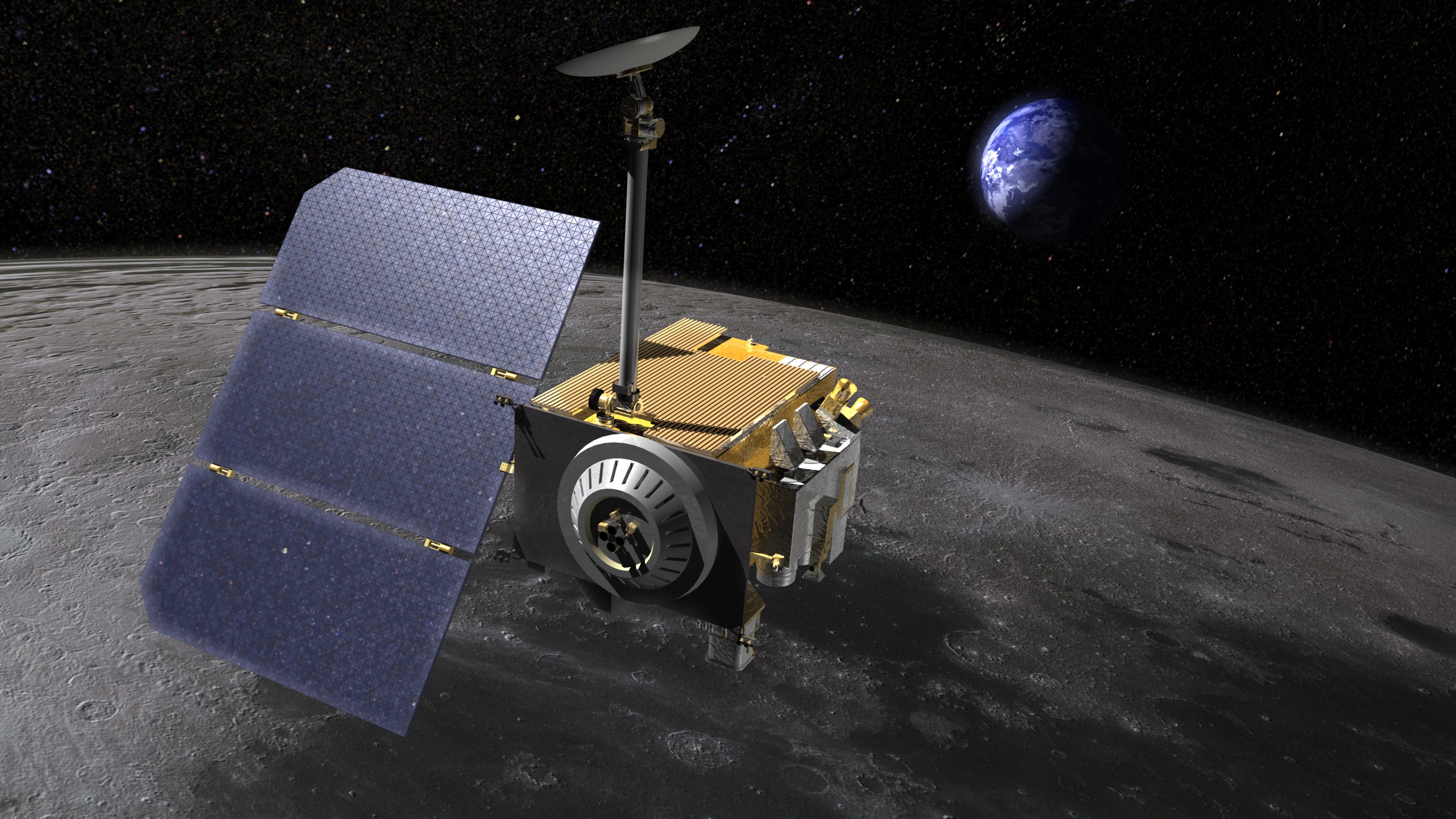 Using data from NASA’s Lunar Reconnaissance Orbiter (LRO), a group of NASA-funded researchers has discovered that shaded locations inside surface pits on the lunar surface harbor comfortable temperatures that could prove useful for future lunar exploration.

Furthermore, LRO continues to operate in a healthy state around the Moon and is regularly returning data, so much so that NASA awarded the spacecraft and teams a mission extension back in April, which will allow the craft to continue its observations of the Moon.

Since inserting into lunar orbit on June 23, 2009, LRO has imaged, investigated, and measured the lunar surface pits that are the subject of new research led by Tyler Horvath, a student at the University of California, Los Angeles. The Horvath et al. research shows that the temperature of the pits stays around 17° Celsius (63° Fahrenheit) in shaded areas.

Lunar surface pits were first seen in 2009, and since their discovery, scientists have theorized that the pits serve as openings to underground caves and other subsurface geologic features.

Understanding the temperatures of these pits is important for future exploration of the Moon, as they could be used for future sites or bases that require thermally stable (neither extremely hot nor extremely cold) locations.

Surface temperatures on the sunlit side of the Moon can reach to around 127° C, with night-side temperatures reaching as low as -173° C.

“Lunar pits are a fascinating feature on the lunar surface. Knowing that they create a stable thermal environment helps us paint a picture of these unique lunar features and the prospect of one day exploring them,” said LRO Project Scientist Noah Petro of NASA’s Goddard Space Flight Center.

In addition to being used as a site for bases that require thermally stable conditions, as the Moon has no atmosphere to protect the surface from solar events and debris, the shaded areas of these pits or caves could be used as shelters to provide protection from intense cosmic rays, solar radiation, and micrometeorites.

When looking at the nature of the pits and how they formed, Horvath et al.’s research suggest that “about 16 of the more than 200 pits are probably collapsed lava tubes” which formed early on in the Moon’s evolution.

Lava tubes can form when either molten lava flows beneath a cooler field of lava or when a crust forms over the top of a river of molten lava.

Lunar Reconnaissance Orbiter images of pits indicate that the Moon has caves. Could they become astronaut habitats?

Scientists have discovered that parts of the pits are always about 63°F (17°C), differing from extreme temperatures at the Moon's surfacehttps://t.co/K0sm1CLqal

As the lava and magma cool, long hollow tunnels are created below the surface. If the ceiling of one of these subsurface lava tubes becomes unstable, it will collapse and form a pit on the surface, similar to the pits seen on the Moon.

Two of the largest and most prominent surface pits seen in the Horvath et al. research have large, visible overhangs that appear to lead to a larger cave system.

Current theories suggest that the Moon formed from an impact between an ancient Mars-sized planet, named Theia, and a young proto-Earth. The impact would have been large enough to completely liquefy the ejecta from the impact, which would then have re-accreted into the Moon to create the Earth-Moon system.

Once all the ejecta re-accreted, the surface of the now-Moon would still have been liquid, meaning that the Moon likely once had massive oceans of molten lava and magma — which would explain the presence of the collapsed lava tubes seen in Horvath et al.’s research.

“Humans evolved living in caves, and to caves we might return when we live on the Moon,” said co-author David Paige, who leads the Diviner Lunar Radiometer Experiment aboard LRO. 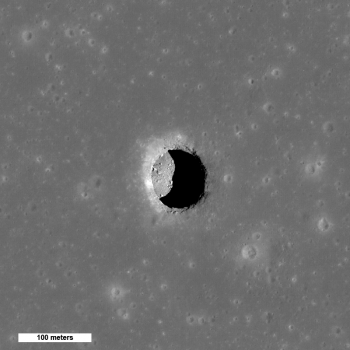 Results showed that temperatures in the shaded, thermally stable areas of the pit only fluctuated by small amounts throughout the lunar day and primarily stayed around the 17° C temperature mark. If there is a subsurface cave that extends from the Mare Tranquillitatis pit, it too would maintain a temperature of around 17° C.

NASA’s LRO launched atop a United Launch Alliance (ULA) Atlas V 401 rocket on June 18, 2009, from Space Launch Complex 41 (SLC-41) in Cape Canaveral, Florida. Following its launch and separation from the Centaur upper stage, LRO coasted out to the Moon, where it inserted itself into lunar orbit.

LRO began its primary mission on September 15, 2009, orbiting the Moon at a distance of about 50 km for a year. Once the spacecraft had completed its one-year exploration phase, LRO was handed off to NASA’s Science Mission Directorate in September 2010 to continue the science phase of the primary mission.

LRO would continue to orbit the Moon at 50 km at first but would later be moved into a fuel-conserving orbit, where it continues to operate now.

In late April 2022, NASA extended the mission lifetime of eight of its planetary science missions. One of these missions was LRO, with the seven others being Mars Odyssey, Mars Reconnaissance Orbiter, MAVEN, the Mars Science Laboratory (Curiosity rover), the InSight lander, OSIRIS-REx, and New Horizons.

With its mission extension, LRO will continue to study the Moon’s surface and geologic features and will be able to investigate new regions away from the Moon’s poles in great detail due to the evolution of LRO’s orbit.

In these new areas, Permanently Shadowed Regions (or PSRs) will be intensely studied by LRO as they could hold water ice. To this end, LRO will be able to provide important programmatic support for NASA’s efforts to return to the Moon with the Artemis Program.