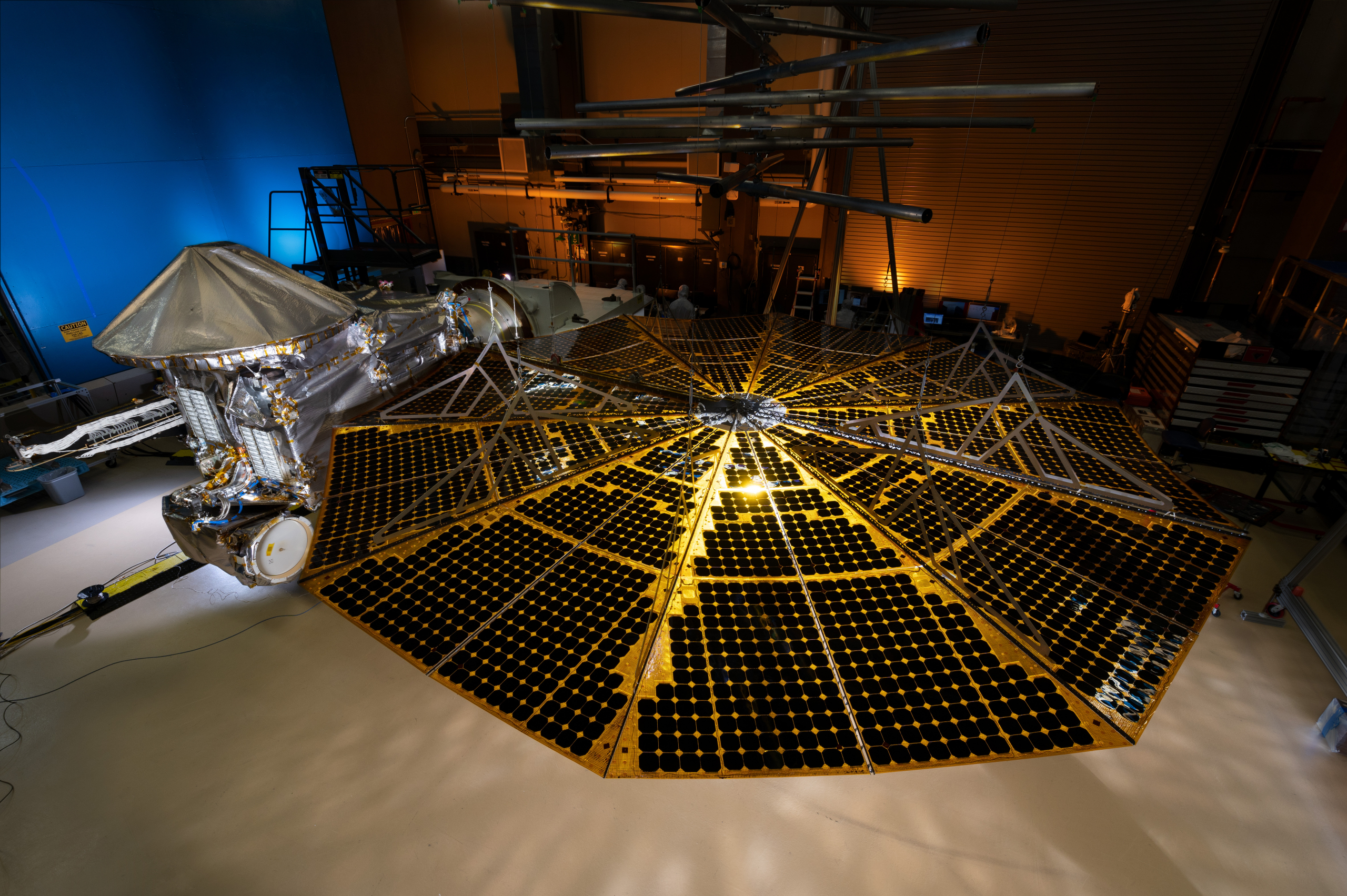 With the first half of 2022 coming to a close, NASA teams are continuing work to resolve the Lucy spacecraft’s solar array issue following its October 2021 launch. Lucy is a first-of-a-kind mission to visit several asteroids in Jupiter’s L4 and L5 Lagrange points. Currently, Lucy is coasting before its first flyby of Earth in October 2022.

Lucy’s mission began on October 16, 2021, after a perfect launch on a United Launch Alliance (ULA) Atlas V 401 rocket. Following the boost by the Atlas V, Lucy separated from Centaur 58 minutes after launch. Lucy was then set to unfurl its twin solar arrays. One was fully unfurled as planned, however, one only partly unfurled, failing to latch. 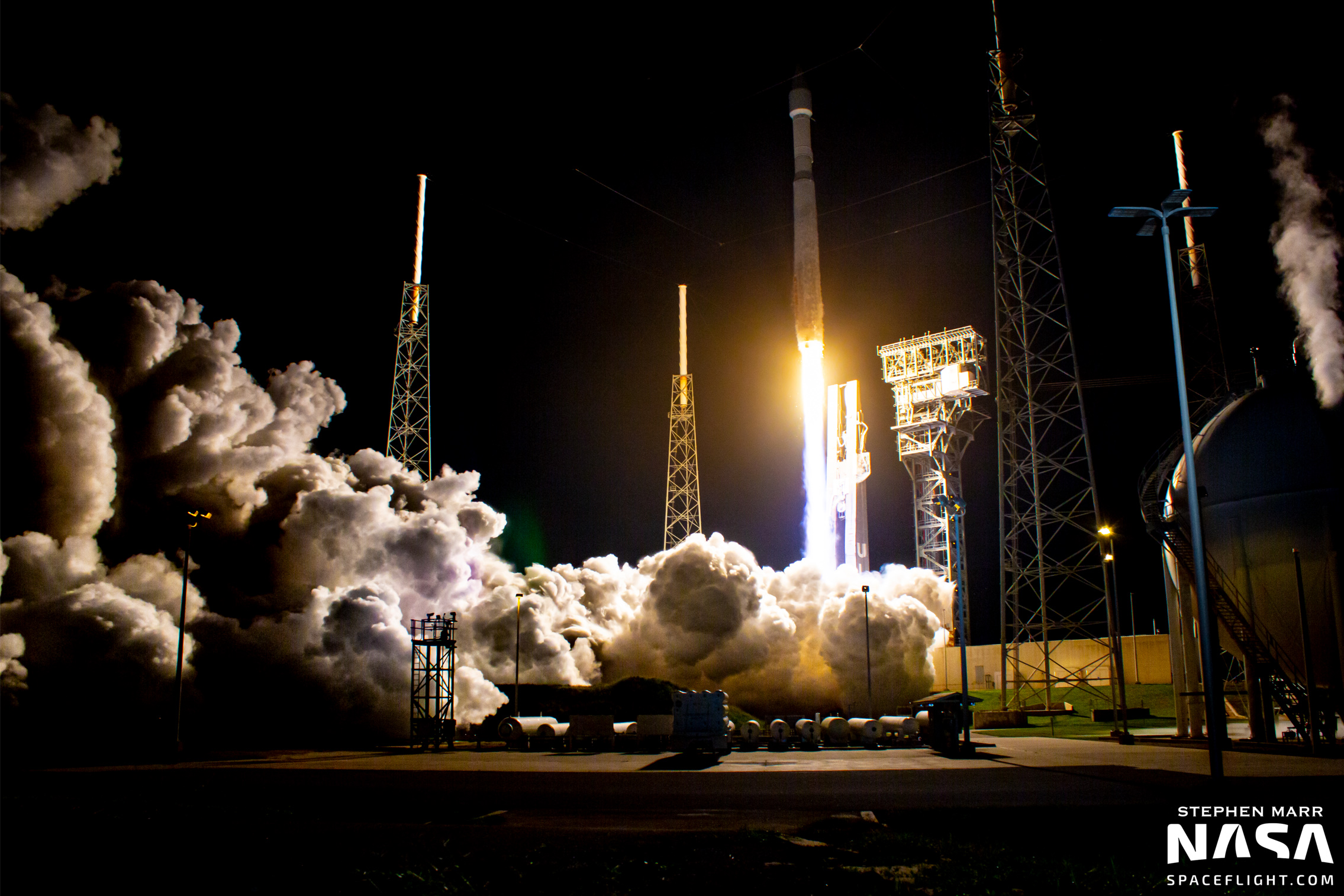 The Lucy spacecraft was built by Lockheed Martin at their Waterton facility in Colorado. At launch, Lucy massed 1,550 kg with a width of 14.25 meters and height of 7.2 meters. Lucy’s twin circular solar arrays are 7.3 meters in diameter and will produce a maximum of 504 watts of power at their furthest distance from the sun.

Following data analysis on the solar array, it was discovered the array was about 95% of its planned deployment. Despite the issue, the solar array is generating enough power to complete Lucy’s primary mission — but there are still risks to the solar array due to its unfurled state.

One risk to the solar array was the possibility of major engine burns causing the array to be damaged. Benefiting the solar array, the lanyard that helps unfurled the array was keeping it stable. Another benefit was the backup maneuver, Trajectory Correction Maneuver (TCM)-1, which was canceled due to the Atlas V’s accuracy.

In early-mid November 2021, Lucy’s three primary instruments were temporarily turned on to complete systems checkouts.  Once all the checkouts were completed, the instruments were turned off and the spacecraft was operating nominally.

With a year between launch and the first flyby with Earth, ground teams used this time to resolve the solar array issue. In December 2021, NASA found the issue was likely caused by the lanyard failing to spool as intended. Later testing showed that 20 to 40 inches of the 290-inch lanyard remain to be retracted. An assessment was completed to understand more about the solar array issue.

On the spacecraft side, operations included multiple charging and discharging of the batteries while pointing in different directions. Using the solar array motor and spacecraft movement, the arrays were pointed to Earth, then to the Sun, then back to Earth. This allowed the batteries to be charged, discharged, then recharged to understand the solar array circuits.

Understanding the arrays allowed the team to gather information on two of the 10 gores that had no previous data. Gores are individual solar array panel segments making up the array. This data allowed the teams to confirm the gores were open and producing power.

At the turn of the new year, Lucy continued to operate perfectly with both arrays producing enough power. Lucy underwent routine operations including its guidance, navigation, & control (GNC) hardware to ensure the spacecraft was pointing accurately.

Using both motors, the teams started a two-step plan to fix the solar array. Step one is to pull in the remaining lanyard and verify that flight and ground testing are consistent. Pulling in the lanyard helps stabilize the array while giving it more tension. The second step will complete solving the issue and allow the array to latch.

Step one operations began as planned on May 9 with the execution of spooling. To complete step one, the spooling is completed in short intervals to avoid overheating. Data analysis showed the motors operated as expected pulling the lanyard. Another set of motor spools was completed on May 12, May 26, June 9, and June, 16 increasing further tension and stability. While no latch was completed, increasing the tension and stability further increases the chance to fully deploy the array.

On June 21, Lucy completed a TCM to prepare for the first Earth flyby.

After the June 16 attempt, the array is estimated to be 353-357 of its planned 360-degree deployment. With the array now more stable, the teams are confident in the array’s ability to meet mission needs in its current state.

Once Lucy is out of the limited communication, teams will have more opportunities to spool the lanyard if the task is deemed necessary.

Lucy has a busy upcoming few years after the October 2022 flyby of Earth. In December 2024, Lucy will complete a second flyby, sending the spacecraft on a trek to Jupiter’s trojan asteroids. Lucy will visit seven asteroids over a historic 12-year mission.

The Lucy mission is a part of NASA’s Discovery program of exploration missions. Lucy was selected as a part of the program in January 2017 along with its sister mission, Psyche. As the 14th mission in the program, Psyche is yet another first-of-a-kind mission. Psyche will visit a single large asteroid based in the asteroid belt, 16 Psyche.

The Psyche spacecraft was built by Maxar using their 1300-class satellite platform. This mission is the first time a 1300-class spacecraft is used to conduct an interplanetary mission. On this mission, Psyche is using the Solar Electric Propulsion (SEP) Chassis, the smallest and lightest for the 1300-class.

Maxar completed the spacecraft bus and delivered it to JPL in March 2021. At JPL, the spacecraft completed final assembly and testing. By September 2021, the seven instruments were installed on the spacecraft. This allowed for a series of testing before its delivery to Florida. 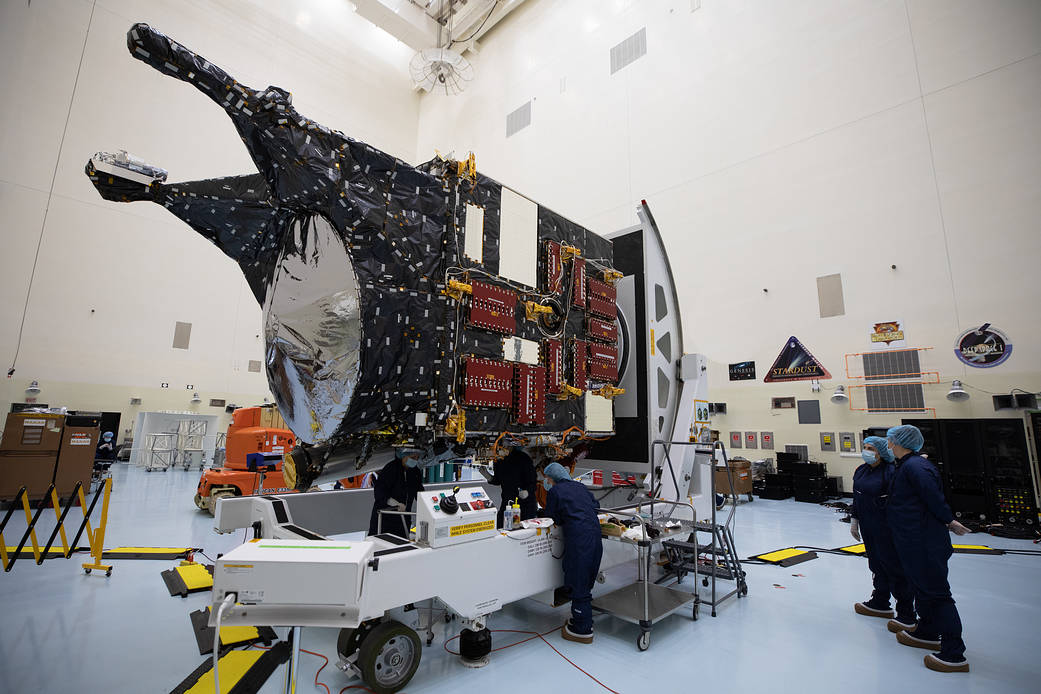 This series of tests allowed spacecraft to simulate the experience seen during launch and in space. Psyche completed multiple major tests including thermal vacuum, acoustic and vibration, and electromagnetic testing. More testing was completed with Psyche’s twin solar arrays being deployed.

In late April 2022, Psyche was delivered to the Kennedy Space Center (KSC). While at KSC, it was moved to the Payload Hazardous Servicing Facility to begin final preparations before launch. These preparations include re-installing solar arrays and radio, testing the telecommunication systems, loadings onboard propellant, and encapsulating it in the Falcon Heavy payload fairing.

Preparations were going well until a software issue was found during testing. This software issue was preventing confirmation that the software was functioning as planned. Due to this issue, the launch for Psyche was delayed to no earlier than September 20, 2022.

This began a race to resolve the issue to meet its 2022 launch window. However, time ran out, and on June 24, 2022, NASA announced Psyche would not make the 2022 window. The delay was caused by the late delivery of the spacecraft’s flight software and testing equipment.

The initial issue was discovered to have been a compatibility issue between the GNC software and the software’s testbed simulators. Ensuring the GNC software works allows high confidence in the mission to succeed. Psyche GNC will be used to control orientation and point its antenna to Earth.

While the issue was corrected and fixed, it didn’t leave NASA with enough time to test the software. An independent assessment team will be created to review the next steps for the Psyche mission. 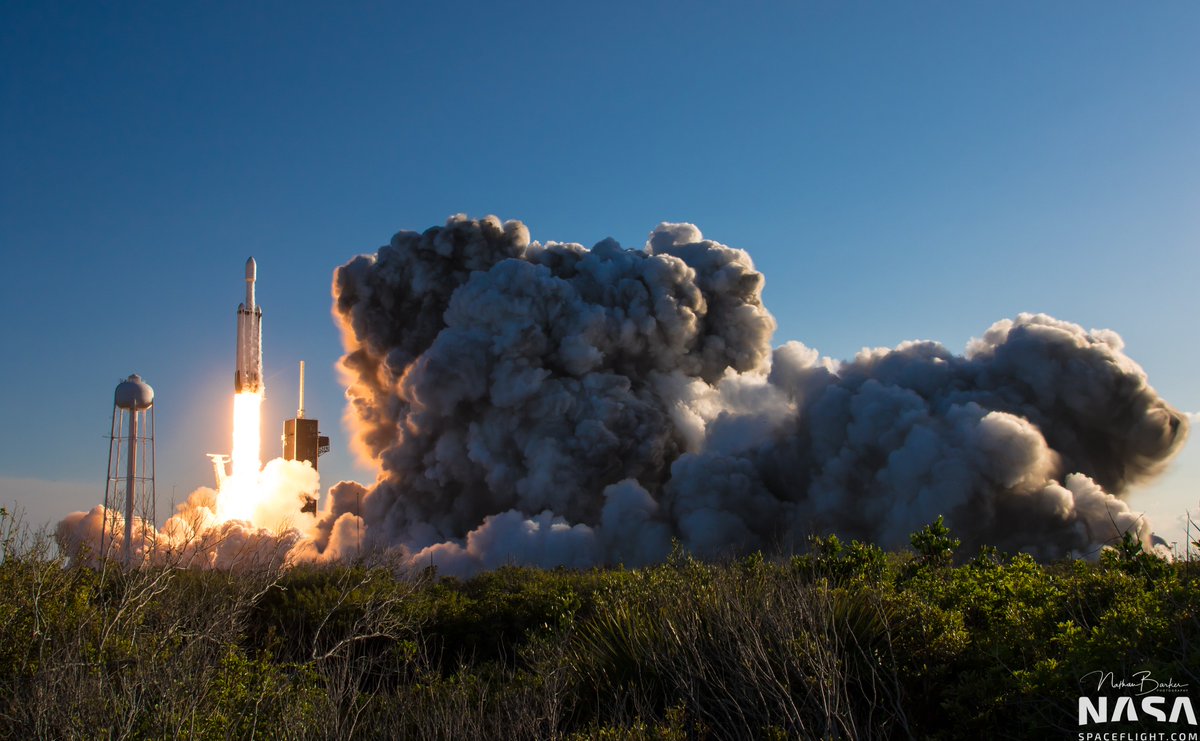 For its 2022 launch, Psyche was set to launch on a brand-new Falcon Heavy (B1072, B1074, and B1075) with a rideshare mission, Janus. With the delay to 2023, NASA will work with SpaceX to determine what will happen with the rocket. Janus will undergo another review to determine its launch and mission.

Psyche is not the first Discovery program mission to experience a delay missing its window. NASA’s Insight lander was set to launch in 2016, but due to instrument testing issues, it was delayed. It successfully launched in May 2018 and landed in November of the same year. Today, Insight is in its final days as its power levels diminish.

Currently, the Psyche teams are confident they will meet a 2023 launch. Currently, two windows are available for Psyche in July and September 2023.

The post Lucy continues to stabilize its solar array before its October flyby appeared first on newsastronomy.com.