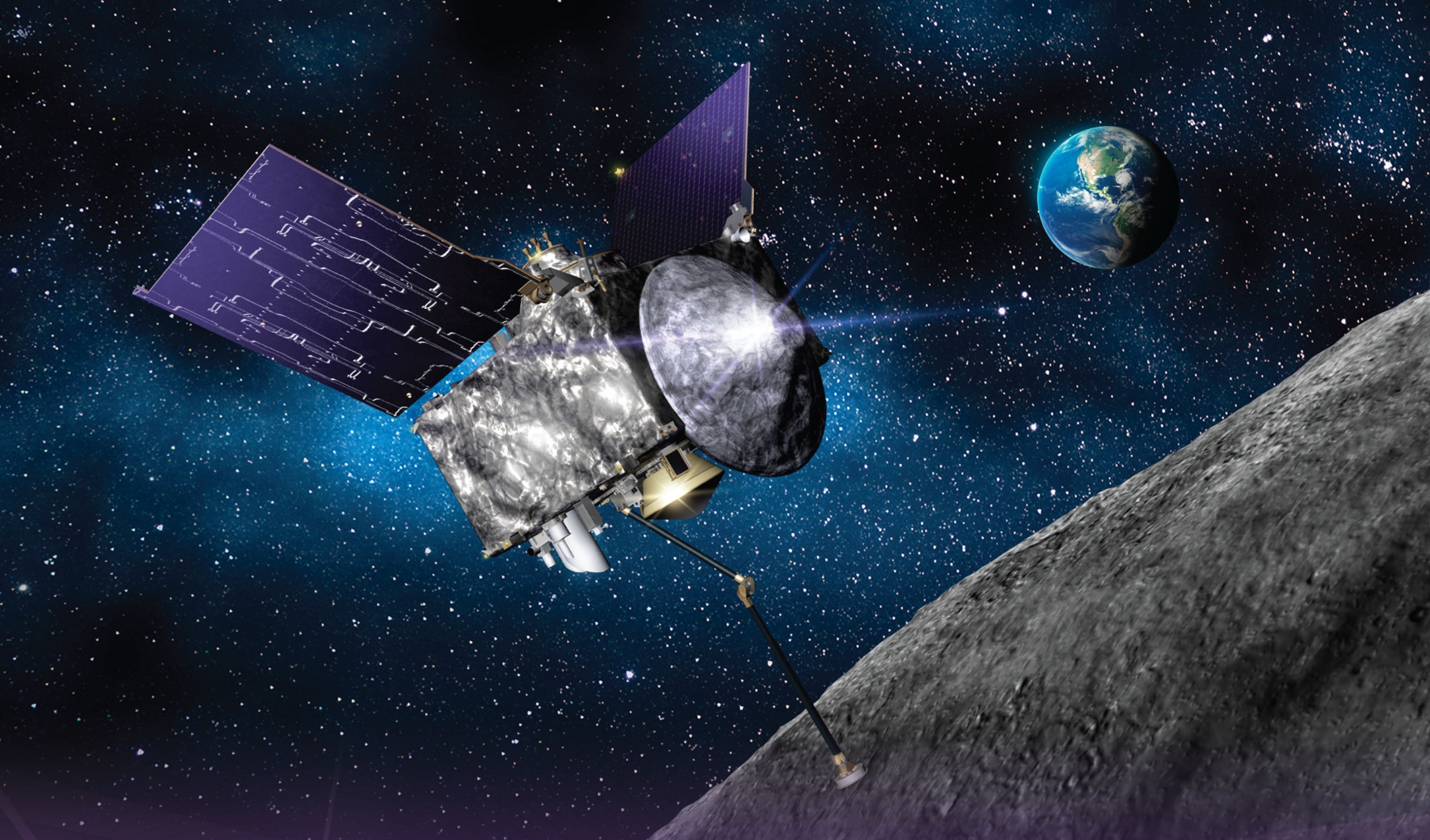 The OSIRIS-REx spacecraft is on its way back to Earth after a multi-year, successful mission to the Near-Earth Asteroid (NEA) Bennu. The spacecraft is now bringing a sample of Bennu’s surface back for a drop-off at Earth before continuing with an extended mission.

The prolonged mission is called OSIRIS-APEX and will see the craft intercept the asteroid Apophis shortly after that space body makes a very close approach to Earth, coming inside the geostationary orbital belt which resides at 35,786 km above sea level.

“From a technical, by the book, standpoint, it all worked,” related Beau Bierhaus, lead scientist for the TAGSAM (Touch-And-Go Sample Acquisition Mechanism) system on OSIRIS-Rex.

“The other way of thinking about it is that we did not know in advance what the surface was going to be like. And after literal years — we got there in late 2018 and then we didn’t sample until October of 2020. And so we were there for almost two years before we sampled — we had mapped the object globally in exquisite detail.” 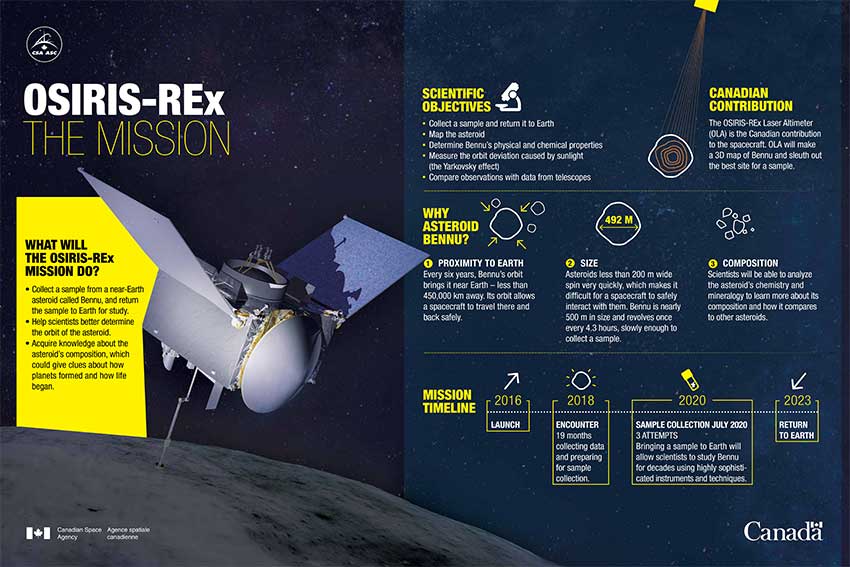 Because of this missing element, and no way to gather that data until the TAG event, Lockheed Martin had to prepare for two very different surface scenarios: the surface could either react like a gravel path/driveway or like freshly fallen, powdery snow.

In the gravel scenario, TAGSAM would not penetrate deep into the surface — just as a person walking on a gravel path will not sink beneath the surface even when the surface gives and changes under their weight.

But that same person walking on newly fallen snow will sink into the snow.

“So we had to account for those two different end-member scenarios,” related Bierhaus. “And because we had planned for both — and the reality actually turned out to be more like the snow where we just sunk into the surface — we were successful.”

Part of what allowed for this versatility in design were tests conducted with NASA’s Zero-G plane, affectionately known as the vomit comet.

“So we did a number of test flights with TAGSAM where we would load literally hundreds of pounds of essentially gravel to be like a regolith-type surface into these chambers,” related Bierhaus. “And we would fly through these parabolas and we would image and record video of our sampling tests.”

“And we were looking not only at how TAGSAM touched but also how the regolith itself behaved in those conditions.”

Those tests revealed something further that computer modeling indicated might be a consideration.

“There were cases where the plane– when you’re coming up over the top of the parabola and you actually get some slight negative acceleration and so the entire regolith was unloaded and was starting to float around inside the chamber. It looked like the viscous fluid.”

“And that’s what we ended up seeing at Bennu. So seeing that happen ‘in real life on a real asteroid in deep space,’ that was just astonishing.”

But again, the team did not know this before touching Bennu’s surface. So to collect the sample, teams had to:
1. Design a sample capture system that would work in a very short amount of time,
2. Be able to collect a sample across a range of surface property uncertainties, and
3. Provide a stable contact point during the entire time of Touch-And-Go contact with Bennu’s surface.

Goodbye, asteroid Bennu! Yesterday, our #OSIRISREx spacecraft took a final image before departing for the journey back to Earth. In 2023, it'll arrive back at our home planet, delivering a sample of rocks & dust captured from the asteroid: https://t.co/Esy6uJMGu0 pic.twitter.com/GN8CqSv7P0

And it worked, with NASA estimating between 400 g and one kg of surface material collected for return to Earth — well above the 60 g minimum established for mission success.

With that sample collection, OSIRIS-REx is on its return journey to Earth and will drop off the Bennu sample on September 24, 2023.

But OSIRIS-REx’s mission wasn’t just to return a sample of Bennu to Earth; it was also to examine planetary protection — the second “S” in OSIRIS, “security.”

While NASA’s DART (Double Asteroid Redirect Test) mission will help measure the orbital shift of an asteroid’s moon from a kinetic impact (a small-scale way to test deflecting asteroids away from Earth), OSIRIS-REx needed to first examine what NEAs are made from and what their surfaces are like.

“The goal of OSIRIS-REx from security was not to do any sort of deflection maneuver but was to understand the construction of these rubble pile asteroids in more detail because the efficacy of whatever deflection mechanism you come up with is dependent upon what is things are made of and how they’re put together,” said Bierhaus. 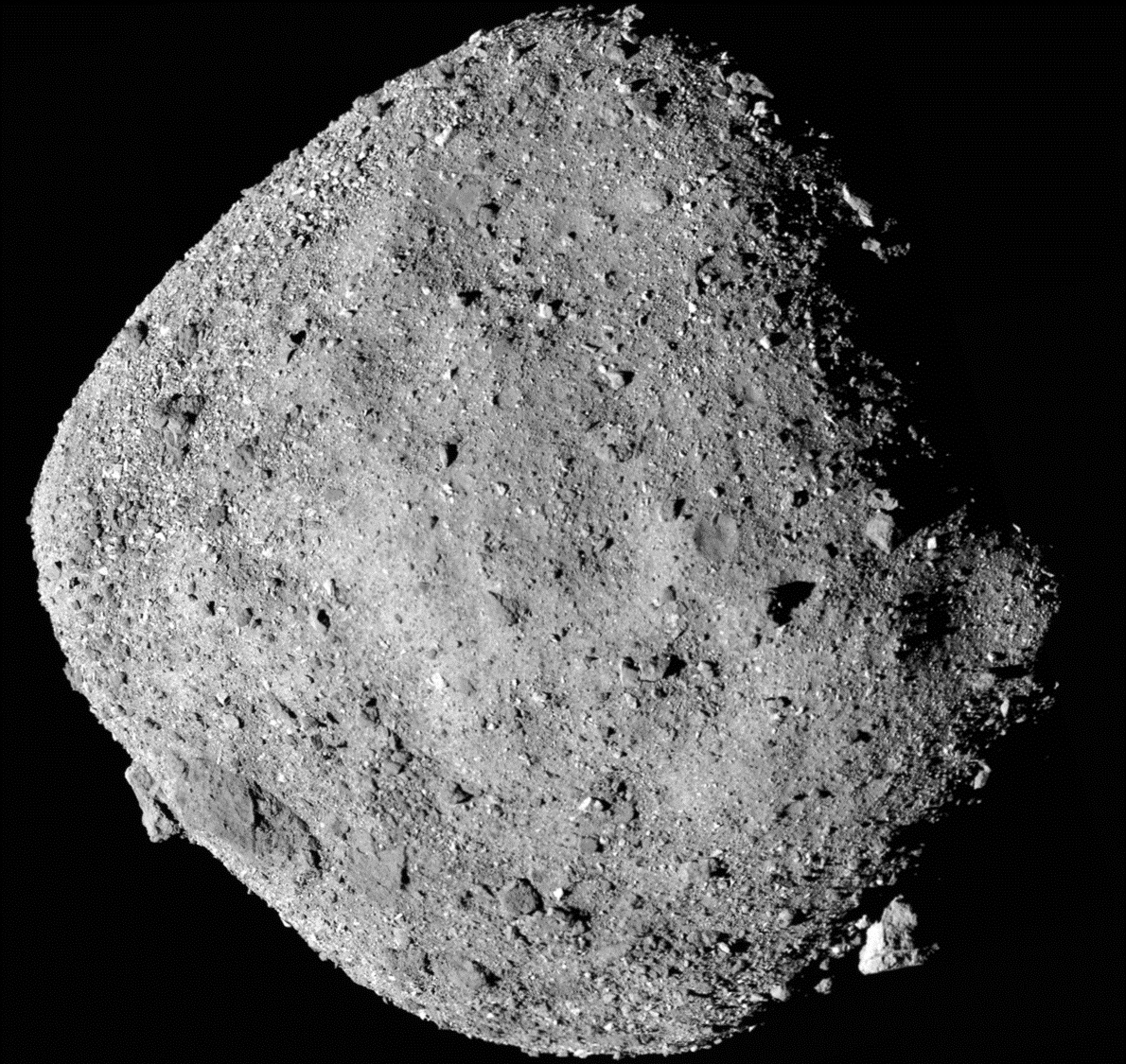 One thing OSIRIS-REx revealed about rubble pile asteroids from Bennu investigations is that Bennu has large, low-density boulders that are porous and easily crushable.

“So the way that you might interact with a rubble pile or objects that have big, crushable boulders is completely different than if it were literally something like a boulder field with rocks that are more dense.”

“From that standpoint, OSIRIS-REx was extremely successful in addressing the security piece because we now have a much better understanding of some of the diversity of how these rubble pile objects in space are put together, and we can use that to inform what techniques would be most efficient to divert a given asteroid.”

OSIRIS-APEX, a journey to Apophis

And one of those formerly might-be-an-Earth-impact-threat asteroids is the spacecraft’s next target after dropping its Bennu sample off at Earth.

With the primary objective complete, the spacecraft will fire its engines to intercept its new target: Apophis, a 350-meter wide by 170-meter long asteroid discovered on June 19, 2004… and an NEA that will pass very close to Earth indeed.

On April 13, 2029, Apophis will come to within 31,600 km (+/- 3.4 km) from Earth’s surface, inside the geostationary belt of orbiting satellites. It will mark the closest approach for an asteroid of its size since records began.

#asteroid #Apophis was used in a #planetarydefense exercise with the participation of more than 100 astronomers worldwide. Check out the findings in this @physorg_space article:https://t.co/R0UPXZsaWz pic.twitter.com/gRAKQrTif4

With its mission to Apophis formally approved in April 2022, OSIRIS’s mission name will change to OSIRIS-APEX, with APEX standing for APophis EXplorer.

Based on orbital mechanics, OSIRIS-APEX will arrive at Apophis just days after the asteroid’s closest approach to Earth in April 2029.

“Apophis as an extended mission target is extremely compelling,” said Bierhaus. “Something this big flying this close to Earth happens only once every several thousand years. And this is the first time in human history that we have the technology not only to observe it from the ground, but we actually have a spacecraft that’s going to be with Apophis.”

As Bierhaus explained, “A lot of the same science questions that we had with Bennu we have with Apophis. Obviously, we’re not going to be doing sample return from Apophis, but because we’re carrying the same instruments we can do similar operational scenarios.”

In itself, Apophis is expected to be another rubble pile asteroid like Bennu.

ICYMI: Some BIG news this week for the #OSIRISREx mission. From 2018-2021, OSIRIS-REx orbited asteroid Bennu, eventually collecting a sample. It’s now on its way back to Earth to deliver the sample – but we just announced that’s not the end for the mission https://t.co/xcl07HvuFU pic.twitter.com/TPwaacrQD1

“All of those science questions that we addressed at Bennu, we will be able to address at Apophis as well. So to be able to have the same mission apply its powerful instruments on two rubble pile but very different asteroids, that’s a really incredible opportunity.”

But how will teams probe beneath the surface of Apophis as they did at Bennu if OSIRIS-APEX’s TAGSAM arm will not have the ability to collect samples?

One original thought was to still use the TAGSAM arm to poke the surface and disturb the regolith. However, this initial idea has given way to a simpler solution.

“Although we were considering [that], the way we’re actually going to probe the surface of Apophis is we’re going to use the spacecraft thrusters,” noted Bierhaus.

At Bennu, teams noticed that thruster gas from OSIRIS-REx had a “significant observable effect on the surface. And the back-away maneuver from the thrusters themselves also mobilized material and exposed subsurface material,” added Bierhaus.

And since Apophis is smaller than Bennu, its surface gravity will be weaker than what the teams are already demonstrated with Bennu.