Live coverage of the countdown and launch of a SpaceX Falcon 9 rocket from Launch Complex 39A at NASA’s Kennedy Space Center in Florida. The Falcon 9 rocket will launch SpaceX’s 25th resupply mission to the International Space Station. Follow us on Twitter.

SpaceX’s 25th cargo resupply mission to the International Space Station is set for liftoff at 8:44 p.m. EDT Thursday (0044 GMT Friday) from NASA’s Kennedy Space Center in Florida. A Falcon 9 rocket will launch the Dragon capsule toward the station with nearly three tons of cargo.

Liftoff from pad 39A at Kennedy is set for precisely 8:44:22 p.m. EDT (0044:22 GMT), roughly the moment Earth’s rotation brings the launch site under the orbital plane of the space station.

There is a 70% chance of favorable weather for launch Thursday, according to the U.S. Space Force’s 45th Weather Squadron. The main weather concerns are with cumulus clouds that could create a risk for lightning, and flight through precipitation.

After liftoff, the Falcon 9 will head downrange northeast from Florida’s Space Coast, powered by nine Merlin engines generating 1.7 million pounds of thrust. The rocket will shut down its first stage booster about two-and-a-half minutes into the mission, allowing the booster to descend to landing on a drone ship about 186 miles (300 kilometers) downrange in the Atlantic Ocean about seven-and-a-half minutes after liftoff.

The booster, tail number B1067, is making its fifth flight on the CRS-25 mission. It previously launched the CRS-22 cargo mission last June, launched two NASA crew missions to the station, and hauled Turkey’s Turksat 5B communications satellite into space.

The Dragon spacecraft will deploy from the Falcon 9’s upper stage about 12 minutes after liftoff to begin the day-and-a-half journey to the International Space Station. The Dragon cargo capsule on the CRS-25 mission is launching on its third flight to the station. 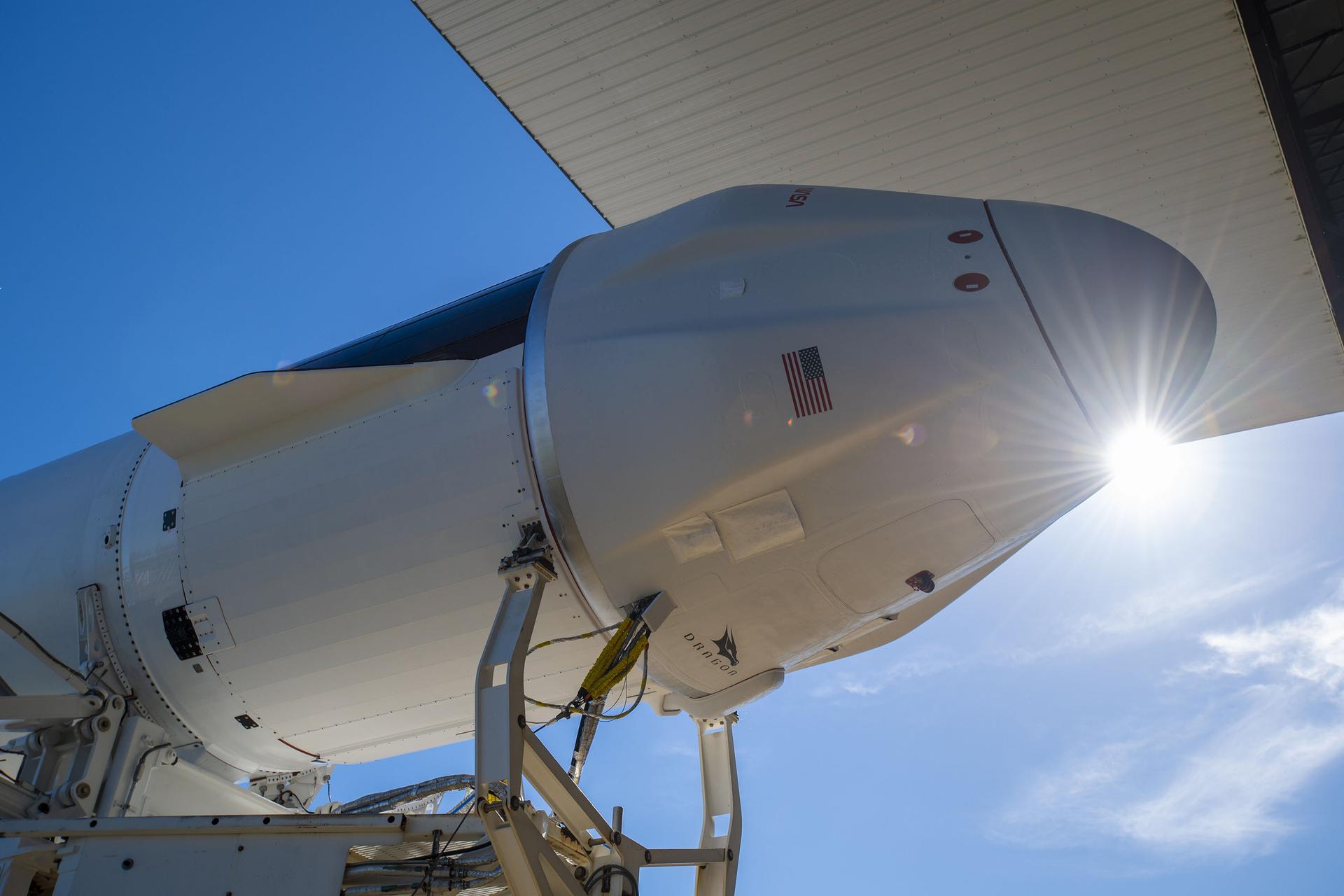 The cargo ship is launching with around 5,800 pounds of supplies and payloads, including a NASA climate instrument to be mounted outside the space station.

The mission was originally scheduled to launch in early June, but SpaceX delayed the flight to resolve a vapor leak in the Dragon spacecraft’s propulsion system, and replace the capsule’s four main parachutes in a cautionary measure in case the chute material was degraded by the toxic propellant leak.