In 1687, Sir Isaac Newton published his magnum opus, Philosophiæ Naturalis Principia Mathematica, which effectively synthesized his theories on motion, velocity, and universal gravitation. In terms of the latter, Newton offered a means for calculating the force of gravity and predicting the orbits of the planets. Since then, astronomers have discovered that the Solar System is merely one small point of light that orbits the center of the Milky Way Galaxy. On occasion, other stars will pass close to the Solar System, which can cause a dramatic shakeup that can kick objects out of their orbits.

These “stellar flybys” are common and play an important role in the long-term evolution of planetary systems. As a result, the long-term stability of the Solar System has been the subject of scientific investigation for centuries. According to a new study by a team of Canadian astrophysicists, residents of the Solar System may rest easy. After conducting a series of simulations, they determined that a star will not pass by and perturb our Solar System for another 100 billion years. Beyond that, the possibilities are somewhat frightening!

The research was led by Garett Brown, a graduate student of computational physics from the Department of Physical and Environmental Sciences (PES) at the University of Toronto at Scarborough. He was joined by Hanno Rein, an associate professor of astrophysics (and Brown’s mentor) also from the PES at UT Scarborough. The paper that describes their findings was recently published in the Monthly Notices of the Royal Astronomical Journal. As they indicated in their paper, the study of stellar flybys could reveal much about the history and evolution of planetary systems.

As Brown explained to newsastronomy.com via email, this is particularly true of stars like the Solar System during its early history:

The most widely-accepted theory for the Solar System’s formation is known as the Nebula Hypothesis, which states that the Sun formed from a massive cloud of dust and gas (aka. a nebula) that underwent gravitational collapse at its center. The remaining dust and gas then form a disk around the Sun, which slowly accretes to form a system of planets. In one version of the hypothesis, the Sun formed due to perturbations in the nebula, possibly from a close flyby by another star (or a supernova). But as Brown explained, stellar flybys are also likely to have played a role in planet formation.

“During planet development, when there is a disk of dust and gas around a star, stellar flybys are expected to be responsible for disk truncation, which would prevent the formation of planets on wider, more distant orbits,” he said. “For planets which have already formed on wide orbits, stellar flybys are thought to be responsible for removing or destabilizing the outermost planets.”

Another widely-accepted theory is that our Sun formed roughly 4.5 billion years ago as part of a star cluster that it long since left. With these theories in mind, Brown and Rein investigated how being part of a cluster (and therefore subject to stellar flybys) could have altered the Solar System once its planets formed and were part of an established system. They found that the role played by stellar flybys depends on how strongly the passing star can disturb the system. They further determined that a stellar flyby can dynamically destabilize a system, causing planets to crash into each other or to become ejected. 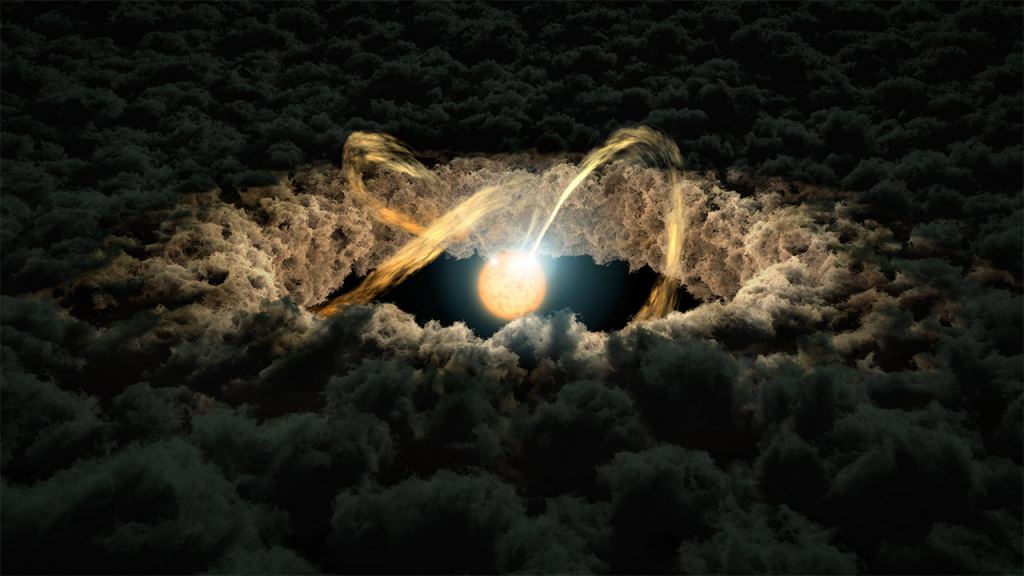 Artist’s impression of a solar system in the process of formation. Credit: NASA/JPL-Caltech

This presented a significant challenge because of an issue plaguing astronomers ever since Newton proposed his Theory of Universal Gravitation. To put it briefly, it all comes down to the N-body problem, which describes the difficulty of predicting the individual motions of a group of celestial objects interacting with each other gravitationally. Solving this exactly remains a mathematical impossibility, so astronomers are forced to make numerical approximations. But as Brown said, there are still two major issues with these calculations:

“One, the motion of the planets are chaotic, meaning small differences in the initial conditions of the system will result in dramatically different outcomes (even differences as small as one part in a trillion). And two, the timescales involved are dramatically different. We can get a sense for the statistical outcome of a chaotic system using an ensemble of numerical solutions. For the long-term stability of the Solar System this can give us a ratio of simulations that end up destabilizing compared to the number of simulations that remain stable to the end of the integration time.”

“However, solving the timescales issue is much more difficult. Sophisticated numerical methods have been developed over the past 50 years which make this more tractable, but we essentially need to simulate the motion of the planets one day at a time for billions of years. This requires an incredible amount of computational resources. We typically want to know if the Solar System will remain stable for the remaining lifetime of the Sun (about 5 billion years). Even with modern computers (as fast as they are) it can easily take 3-4 weeks to run just one 5 billion year simulation of the Solar System.”

To even begin to get reasonable statistics, Brown added, researchers need to conduct thousands of different simulations. There are two ways to do this: running the simulations on a single computer for up to 70 years or more, or using thousands of different computers simultaneously for a month. This not only makes statistical analysis very complicated but also very expensive. For their analytics, Brown and Rein used the Niagara supercomputer at the University of Toronto’s SciNet center – which is part of the Digital Research Alliance of Canada network. 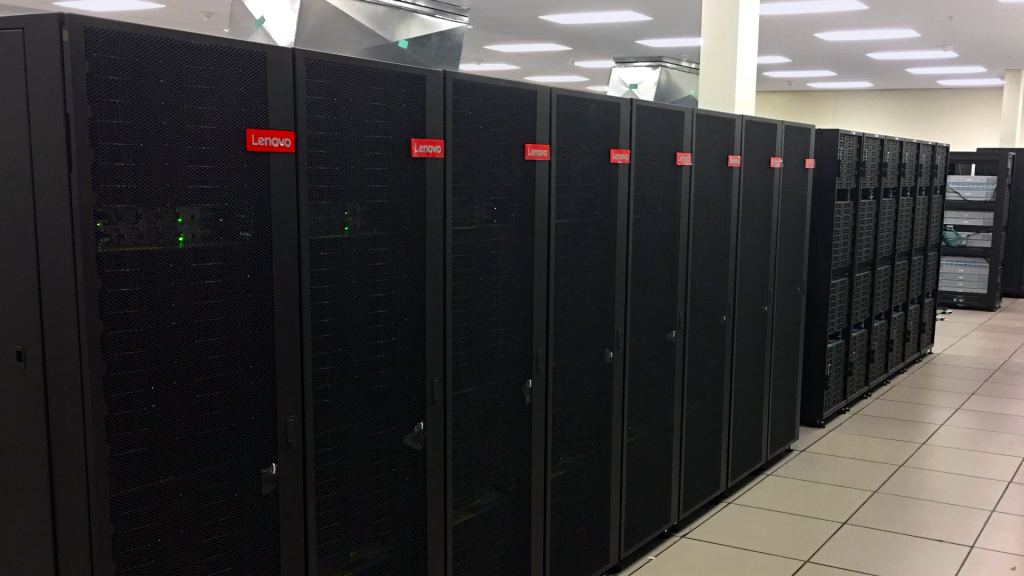 The Niagara supercomputer at the SciNet center. Credit: University of Toronto

As Brown explained, he and Rein employed two main methods to calculate the potential perturbations caused by steller flybys.

“The first was an analytical approximation developed in 1975 by Douglas Heggie and refined over the years with his collaborators. It’s an approximation that assumes the relative velocity between the two stars is small compared to the orbital velocity of the planets. This analytical estimate allows us to very quickly compute order of magnitude estimates for how a stellar flyby will change the semi-major axis of a planet.”

The second method they used numerical integrations using REBOUND, an open-source multi-purpose N-body code for collisional dynamics developed by Hanno Rein and collaborators. Between these two methods, Brown and Rein were able to simulate a stellar flyby numerically and then measure the system’s state before and after. In the end, their results indicated that perturbations of the Solar System would require a very close flyby and that a stellar encounter of this kind was not likely to happen for a very long time. Said Brown:

“[W]e estimated that we would need to wait about 100 billion years before a stellar flyby past the Solar System would simply increase the odds of dismantling its current architecture by 10 times (and that’s still not a guarantee of destruction).”

Given the turbulent history of the Solar System, it is understandable that the idea of stellar flybys (and the resulting perturbations) would cause anxiety for some. After all, astronomers theorize that “planetary shakeups” may be a common feature of a system’s evolution and that large objects are regularly ejected from the outer reaches of a system due to flybys. A good example is Neptune’s largest moon Triton, which is thought to have formed in the Kuiper Belt and was hurled towards the inner Solar System, where Neptune captured it (which led to the destruction of Neptune’s original satellites). 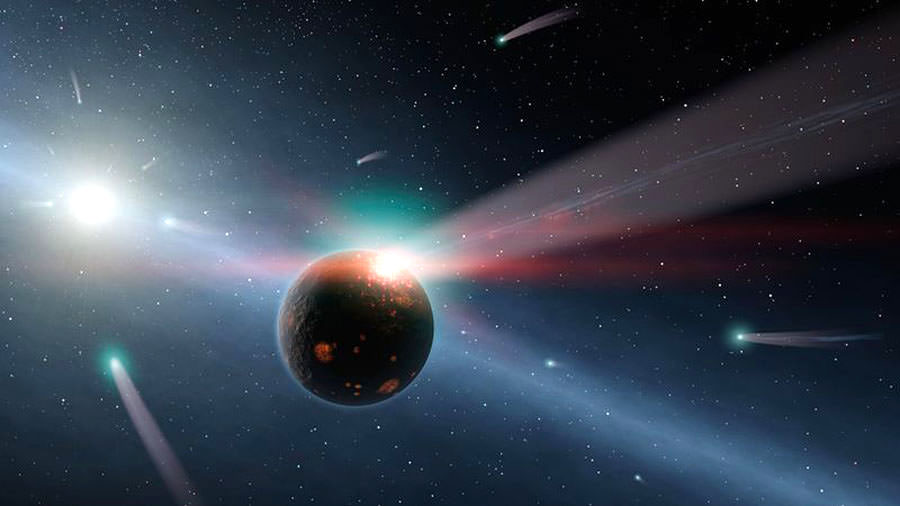 This artwork shows a rocky planet being bombarded by comets. Credit: NASA/JPL-Caltech

In addition, gravitational interactions with other star systems are why we have long-period comets, where objects kicked out of the Oort Cloud periodically pass through the inner Solar System. The idea that a close flyby could send numerous comets our way (or larger objects like a planetoid) sounds like a doomsday scenario! But as Douglas Adams famously said, “Don’t Panic!” Not only do stellar flybys happen regularly, they typically pass light-years away and don’t influence the Solar System.

In many ways, this is similar to Near Earth Asteroids (NEAs) and the possibility that one will collide with Earth someday. While we know that impacts have happened in the past that were devastating (like the Chicxulub Impact Event that killed off the dinosaurs ca. 65 million years ago), NEAs make close passes with Earth regularly that pose no threat. In addition, recent analyses of two NEAs considered “potentially hazardous” (2022 AE1 and Apophis) found that neither would threaten Earth for a long time.

What’s more, recent observations by missions like the ESA’s Gaia Observatory have provided the most accurate data on the proper motions and velocities of stars in the Milky Way Galaxy. As Brown noted, this included data on impending flybys and how close they will pass to our system:

What’s more, a lot will happen between now and then and it’s highly unlikely humanity will be around to witness such an event. Assuming we have not driven ourselves to extinction or left Earth to explore other reaches of the galaxy, planet Earth will cease being habitable long before that. “Considering the Sun will expand and engulf the Earth in about 5 billion years, physically distancing from other stars is not an issue we need to worry about,” said Brown.

The post It Would Take About 100 Billion Years for Another Star to Pass Close Enough to Make the Solar System Unstable appeared first on newsastronomy.com.