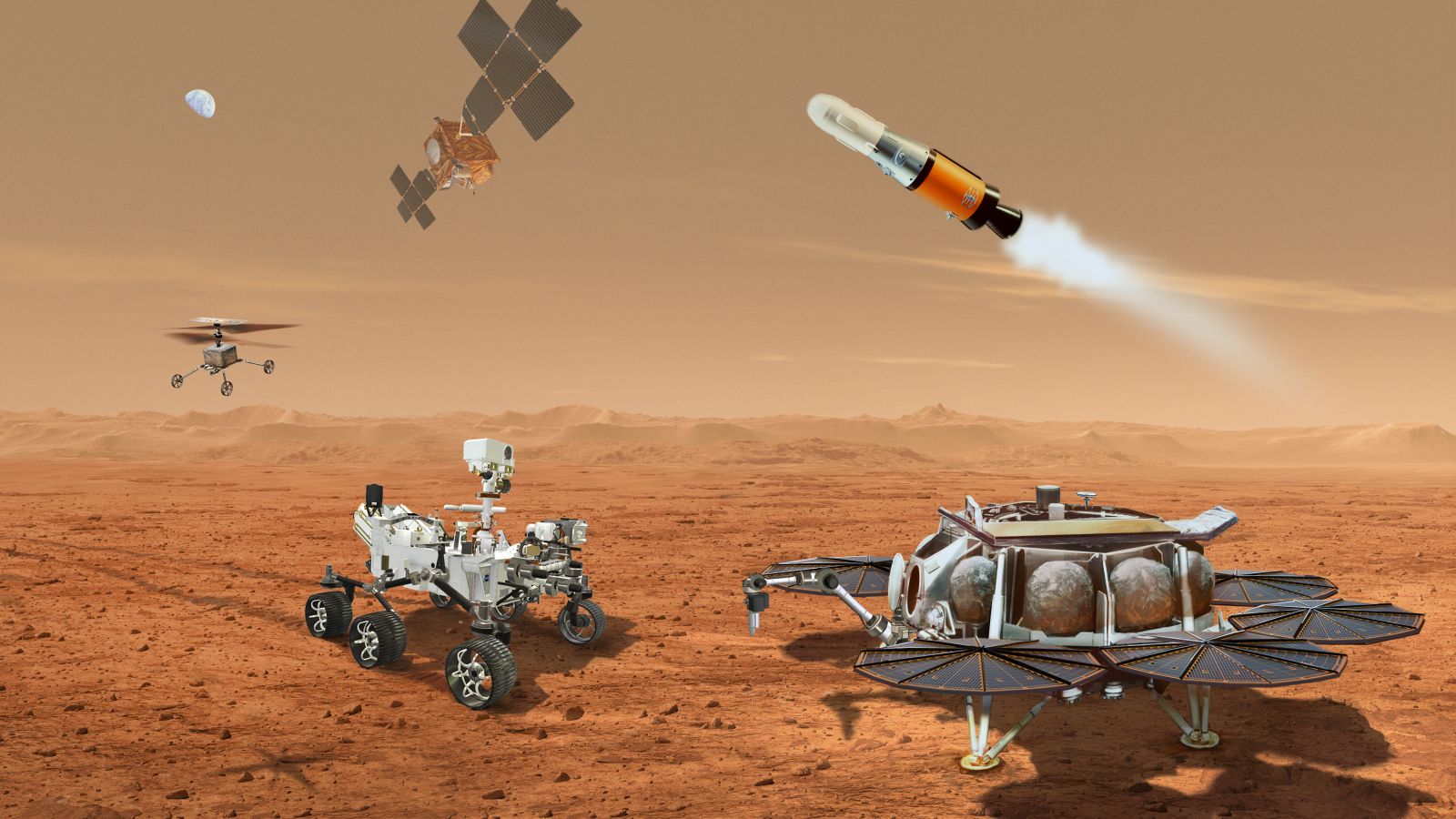 NASA has changed the planned architecture for its Mars Sample Return Program, ditching a fetch rover in favor of two small helicopters.

Under the new plan, two helicopters based on Ingenuity, which landed with the Perseverance rover in 2021, would fly to Jezero Crater on Mars with a Sample Retrieval Lander (which would contain an ascent rocket) in 2028. Rather than a dedicated fetch rover, Perseverance itself would be the primary way of bringing cached samples to the lander.

The helicopters would work in tandem with Perseverance, or act as a backup in case something goes wrong with the rover.

“The conceptual design phase is when every facet of a mission plan gets put under a microscope,” said Thomas Zurbuchen, associate administrator for science at NASA Headquarters in Washington. “There are some significant and advantageous changes to the plan, which can be directly attributed to Perseverance’s recent successes at Jezero and the amazing performance of our Mars helicopter.”

According to NASA, if the agency had stuck with the fetch rover, it would have required a separate landing system as it would have been too big to fly with the Sample Retrieval Lander.

To date, 11 rocket core samples and one atmospheric sample have been collected by Perseverance. They are being placed in sample tubes. Several are expected to be deposited in Jezero Crater as a “contingency depot.”

Once those are deposited, Perseverance will continue exploring the Jezero Crater delta and a little farther beyond, all while collecting additional samples until it fills all 43 sample tubes.

By 2027, the European Space Agency is expected to send an Earth Return Orbiter to Mars. The Sample Retrieval Lander with the helicopters and ascent rocket would launch in 2028.

Once Perseverance and the two helicopters (which would have small wheels on their legs for some surface mobility) bring the samples to the lander, a European-built robotic arm will collect the tubes and place them in a capsule attached to the ascent rocket.

When the time comes, the rocket will be lofted upward by the lander and air-started to begin its trek to Mars orbit. At some point, the capsule will rendezvous with the orbiter, which will then begin to make its way out of Mars orbit to return to Earth.

The current plan calls for the samples to be returned by 2033.