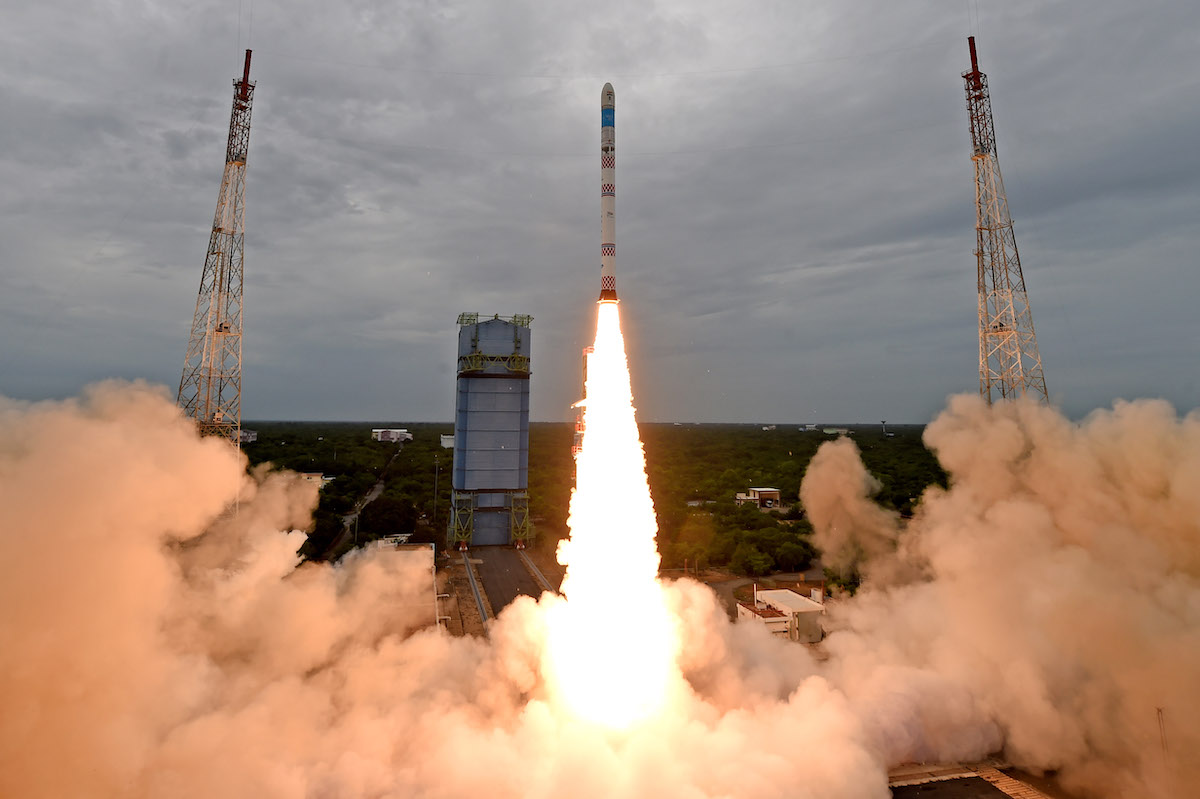 The 111-foot-tall (34-meter), three-stage launcher took off from the Satish Dhawan Space Center on India’s east coast at 11:48 p.m. EDT Saturday (0348 GMT Sunday) on a demonstration flight to validate the performance of the new rocket.

The early phases of the mission went according to plan, according to the Indian Space Research Organization. But the launch team was unable to confirm the final stage of the rocket completed its job of placing two small satellites into orbit.

S. Somanath, chairman of ISRO, said soon after the launch that engineers were analyzing telemetry from the rocket to determine the outcome of the test flight. Somanath said there were “data losses” in the telemetry stream downlinked in real-time from the rocket.

The rocket appeared to function as designed for the first 10 minutes of the mission. The SSLV’s three main solid-fueled stages fired one after the other to propel the launcher over the Bay of Bengal southeast from the Indian spaceport about 50 miles (80 kilometers) north of Chennai.

In a brief statement released several hours after the launch, ISRO confirmed the three main stages performed normally, and the rocket deployed the two satellites in space.

“All the stages performed normal,” ISRO said. “Both the satellites were injected. But the orbit achieved was less than expected, which makes it unstable.”

ISRO announced later Sunday that the EOS-02 satellite and a small CubeSat rideshare payload were injected into an orbit with a perigee, or low point, of 47 miles (76 kilometers). Those orbital parameters would bring the satellites back into the atmosphere, where they would burn up on re-entry.

The Indian space agency said the satellites are “no longer usable,” and added the the cause of the failure was “reasonably identified.”

“Failure of a logic to identify a sensor failure and go for a salvage action caused the deviation,” ISRO said.

Officials said a committee will fully analyze the failure and issue recommendations that will be implemented before the next SSLV demonstration flight.

The first sign of trouble appeared around the time the rocket’s third stage was supposed to give way to the SSLV’s final stage, the Velocity Trimming Module, or VTM. The VTM has 16 liquid-fueled hydrazine thrusters, eight designed for attitude control and eight to add velocity to the rocket to inject satellites into their precise orbits.

The impulse from the SSLV’s three main solid rocket motors is not enough to reach a stable orbit, and the rocket requires the extra boost from the Velocity Trimming Module. A commentator on ISRO’s live webcast of the mission said the VTM was supposed to fire for about 20 seconds on the SSLV test flight, known as the SSLV-D1 mission.

The demonstration mission aimed to release the EOS-02 and AzaadiSAT satellites into a 221-mile-high (356-kilometer) orbit inclined 37.2 degrees fo the equator.

Data displayed on a screen in the Indian launch control center indicated the VTM only fired for one-tenth of a second. But it was not immediately clear if the data display was accurate.

ISRO first proposed development of the Small Satellite Launch Vehicle in 2016. The development program has cost about $21 million, according to ISRO. The agency aims to manufacture the SSLV for about $4 million per vehicle, good enough to compete with the stable of commercial smallsat launchers from companies like Rocket Lab and Virgin Orbit. 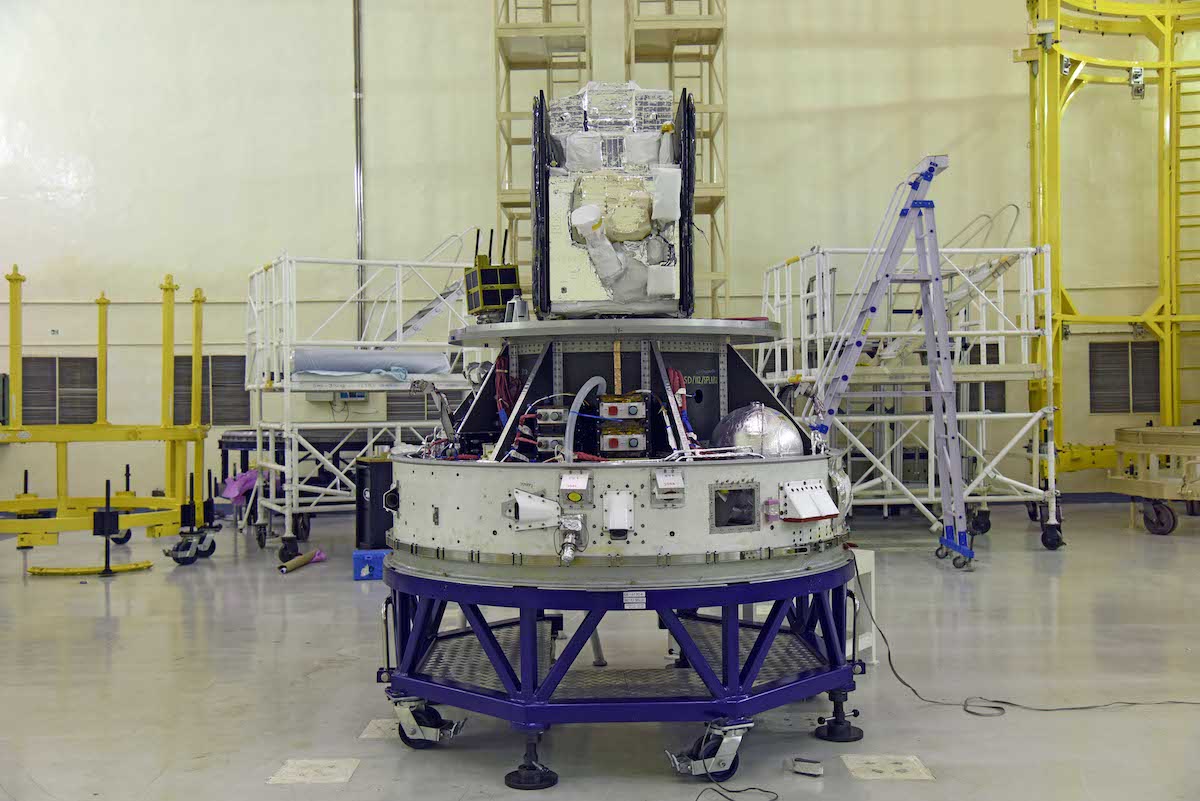 The EOS-02 satellite on the maiden flight of the SSLV rocket weighed about 297 pounds (135 kilograms). The infrared imaging spacecraft was designed to demonstrate Earth observation technologies with applications in areas of agriculture, forestry, geology, and hydrology, according to ISRO.

The secondary payload on the SSLV-D1 mission was named AzaadiSAT. The 16.1-pound (7.3-kilogram) nanosatellite was managed by an Indian educational organization named Space Kidz India, and carried 75 small payloads from rural Indian students. The CubeSat also hosted an amateur radio transponder, a radiation detector, and a “selfie” camera.