India’s space agency will debut a new Small Satellite Launch Vehicle Saturday, adding a fourth member to the company’s rocket fleet. The SSLV’s test flight will take off from Sriharikota Island on India’s east coast with a small Earth observation satellite and a CubeSat from an Indian startup focused on science education.

The SSLV test flight, known as SSLV-D1, is set for launch at 0448 GMT Sunday (11:48 p.m. EDT Saturday) from the First Launch Pad at the Satish Dhawan Space Center. The three-stage rocket will head southeast from spaceport about 50 miles (80 kilometers) north of Chennai, aiming for an orbit about 221 miles (356 kilometers) above Earth at an inclination of 37.2 degrees to the equator.

The 111-foot-tall (34-meter) rocket is powered by three solid-fueled motors and a “trimming module” fueled by hydrazine to maneuver satellites into precise orbits. The SSLV’s first stage motor will produce more than a half-million pounds of thrust during its two-minute firing. The second and third stages will complete their burns about seven-and-a-half minutes into the flight.

The Indian Space Research Organization, or ISRO, first proposed development of the Small Satellite Launch Vehicle in 2016. The development program has cost about $21 million, according to ISRO. The agency aims to manufacture the SSLV for about $4 million per vehicle, good enough to compete with the stable of commercial smallsat launchers from companies like Rocket Lab and Virgin Orbit. 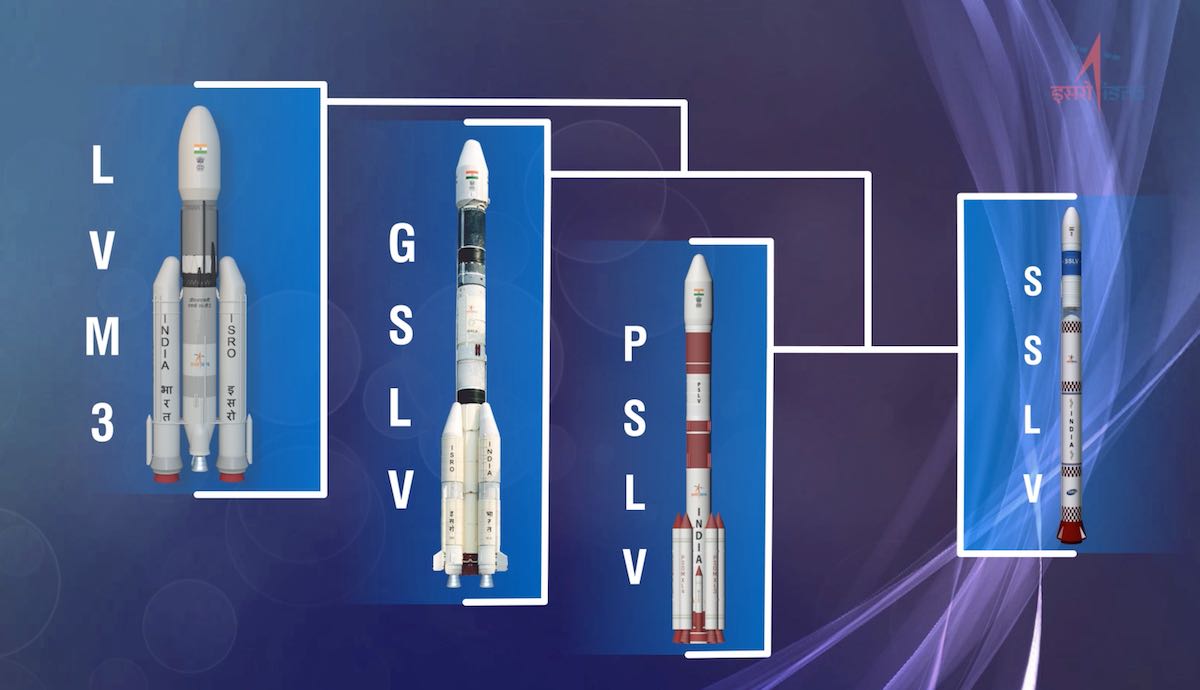 India’s fleet of launch vehicles. The LVM3 (GSLV Mk.3) is the most powerful lndian rocket, and the SSLV is the newest member. Credit: ISRO

The EOS-02 satellite on the maiden flight of the SSLV rocket weighs about 297 pounds (135 kilograms). The infrared imaging spacecraft will demonstrate Earth observation technologies with applications in areas of agriculture, forestry, geology, and hydrology, according to ISRO.

The secondary payload on the SSLV-D1 mission is named AzaadiSAT. The 16.1-pound (7.3-kilogram) nanosatellite is managed by an Indian educational organization named Space Kids India, and carries 75 small payloads from rural Indian students. The CubeSat carries an amateur radio transponder, a radiation detector, and a “selfie” camera.