When you look at a region of the sky where stars are born, you see a cloud of gas and dust and a bunch of stars. It’s really a beautiful sight. In most places, the stars all end up being about the same mass. That mass is probably the most important factor you want to know about it. It directs how long the star will live and what its future will be like. But, what determines its mass and the mass of its siblings in a stellar nursery? Is there some governing force that tells them how massive they’ll be? It turns out that the stars do it for themselves.

Years of observations show that no matter where we look in our galaxy, stars in clusters have similar masses. They could be clusters of sun-like stars all the way up to groupings of massive stellar behemoths. And, this is true whether they’re hot and young in the modern epoch, or are billions of years old. Astronomers at the University of Texas at Austin wanted to know how that could be. So, they set up a set of simulations, along with colleagues in California, Illinois, and Massachusetts. They focused on something called the “initial mass function” (IMF), which essentially describes how many stars of various masses will form in a stellar birth cloud. 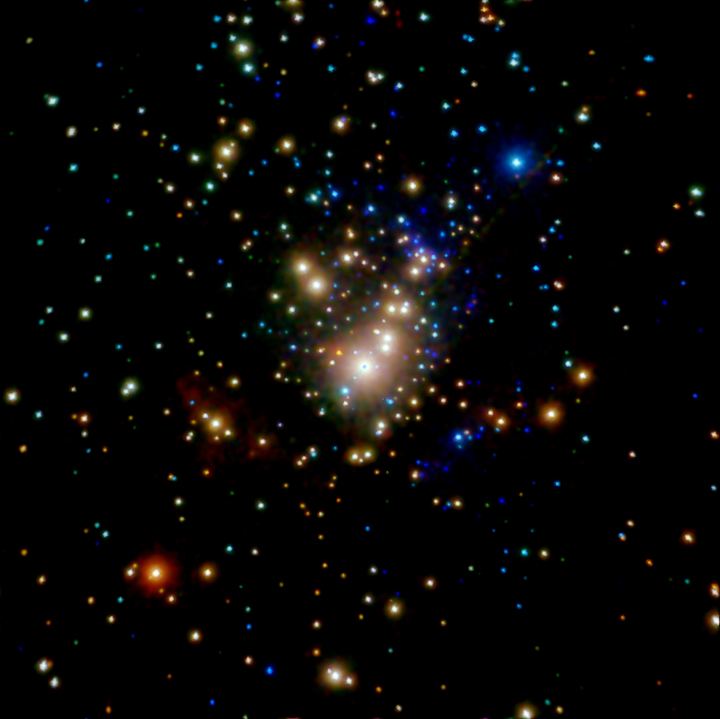 The Orion Nebula is one of the closest star formation regions from Earth at a distance of 1,500 light years. Orion is seen here in a composite image created from Chandra and Hubble data. The wispy filaments seen by Hubble (pink and purple) are clouds of gas and dust that provide the material used as fuel by young stars. The bright point-like sources (blue and orange) are newly formed stars captured in X-ray light by Chandra. Simulations may now explain the masses of these newly formed stars.

Understanding the IMF through Simulations

The supercomputer simulations were part of the Star formation in Gaseous Environments (STARFORGE) project, led by Dávid Guszejnov from UT Austin and Michael Grudic from Carnegie Observatories. It helped the research team probe some unsolved mysteries of stellar formation and why the IMF is so similar in different parts of the galaxy. “For a long time, we have been asking why,” said Guszejnov, who is the project lead for STARFORGE. “Our simulations followed stars from birth to the natural endpoint of their formation to solve this mystery.”

The answer was a surprise. “We have discovered that star formation is a self-regulating process,” Guszejnov said. “Stars that form in wildly different environments have a similar IMF, because stellar feedback, which opposes gravity, also acts differently, pushing stellar masses toward the same mass distribution.”

These STARFORGE simulations are a breakthrough in understanding the IMF. They are the first to track the formation of individual stars in a collapsing giant cloud while, at the same time, capturing how they interact with their surroundings by giving off light and shedding mass via jets and winds. This phenomenon is called ‘stellar feedback’ and it’s part of the self-regulating mechanism that governs the stellar masses.

A simulation from STARFORGE showing the formation of a star. Courtesy STARFORGE project.

Stars are born in batches inside giant clouds of gas and dust. Over time, gravitational attraction pulls the dust grains together along with the gas. That forms dense clumps that falls inwards toward the center of the clouds and compresses them. As densities rise, temperatures do, too. Eventually, a star is born. But, that’s not the end of the story.

Each one has a rotating disk of gas and dust around it, and that’s where planets can form. If they do, that raises the question of whether they can become life-supporting worlds. And, that brings us back to the initial mass function. Whether those planets could host life is dependent on the star’s mass and how it formed. Therefore, understanding the formation and the masses of the stars that get created in a given cloud is crucial to determining where life can form in the universe.

“Stars are the atoms of the galaxy,” said Stella Offner, an associate professor of astronomy at UT Austin’s College of Natural Sciences and Oden Institute for Computational Engineering and Sciences. “Their mass distribution dictates whether planets will be born and if life could develop.”

The self-regulatory process of mass among newly forming stars isn’t just important to understand planet (and life) formation in our own galaxy. That knowledge can now be used to study other galaxies and help astronomers get a better handle on the same processes in distant galaxies. 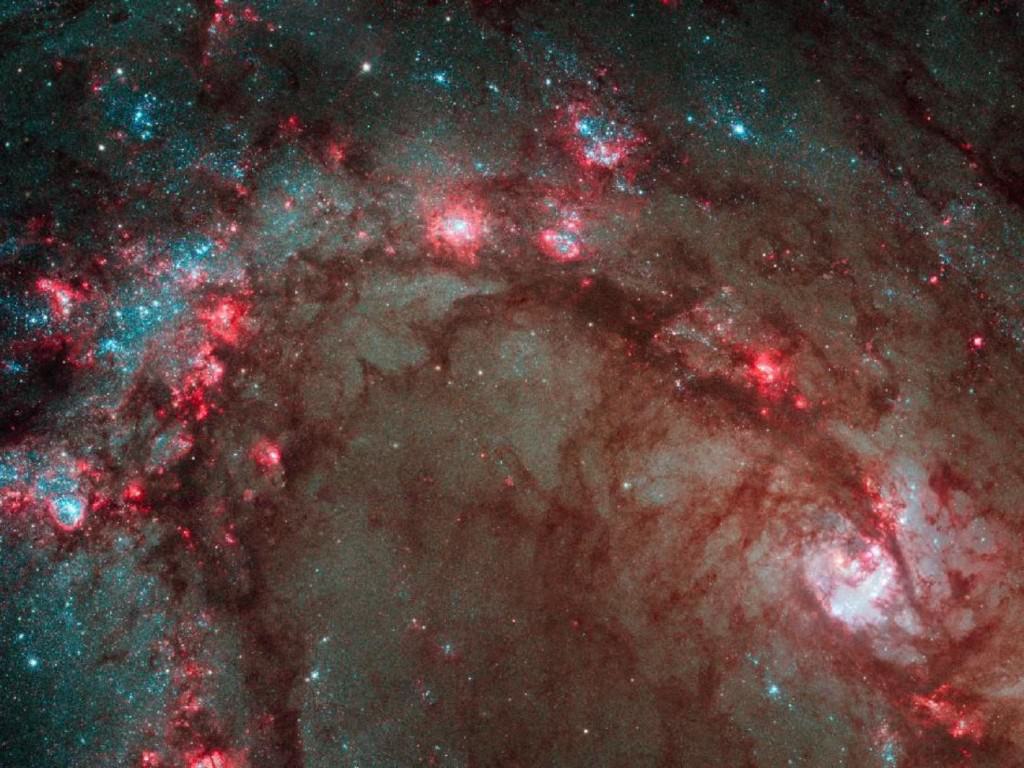 Star birth in distant galaxies should proceed the same way it does here, with similar masses of stars in each batch created. WFC3 view of M83. Credit: NASA, ESA, and the Hubble Heritage Team (STScI/AURA)

Stars Shed Light on Why Stellar Populations are So Similar in Milky Way
Effects of the environment and feedback physics of the initial mass function of stars in the STARFORGE simulations
The STARFORGE Project
The Initial Mass Function
https://www.cfa.harvard.edu/news/initial-mass-function

The post In Wildly Different Environments, Stars End Up Roughly the Same appeared first on newsastronomy.com.