As soon as I saw these new artificial intelligence image creation tools, like DALL-E, I wanted to see how well they’d work for generating space and astronomy images. I’m still on the waiting list for DALL-E 2, so I don’t have any feedback to give there, but I signed up for Midjourney AI, played around with the free account, and then signed up for a full paid account, so I could test out its capabilities.

How well does it work? It’s okay, I guess. I’m still learning to craft prompts to get the best results, but the biggest issue is that they’re unscientific. If I need a picture of the Space Launch System, it needs to be the actual Space Launch System and not some kind of art deco version of a rocket that looks like it was designed in the 1950s. It’s beautiful, but I can’t use it. 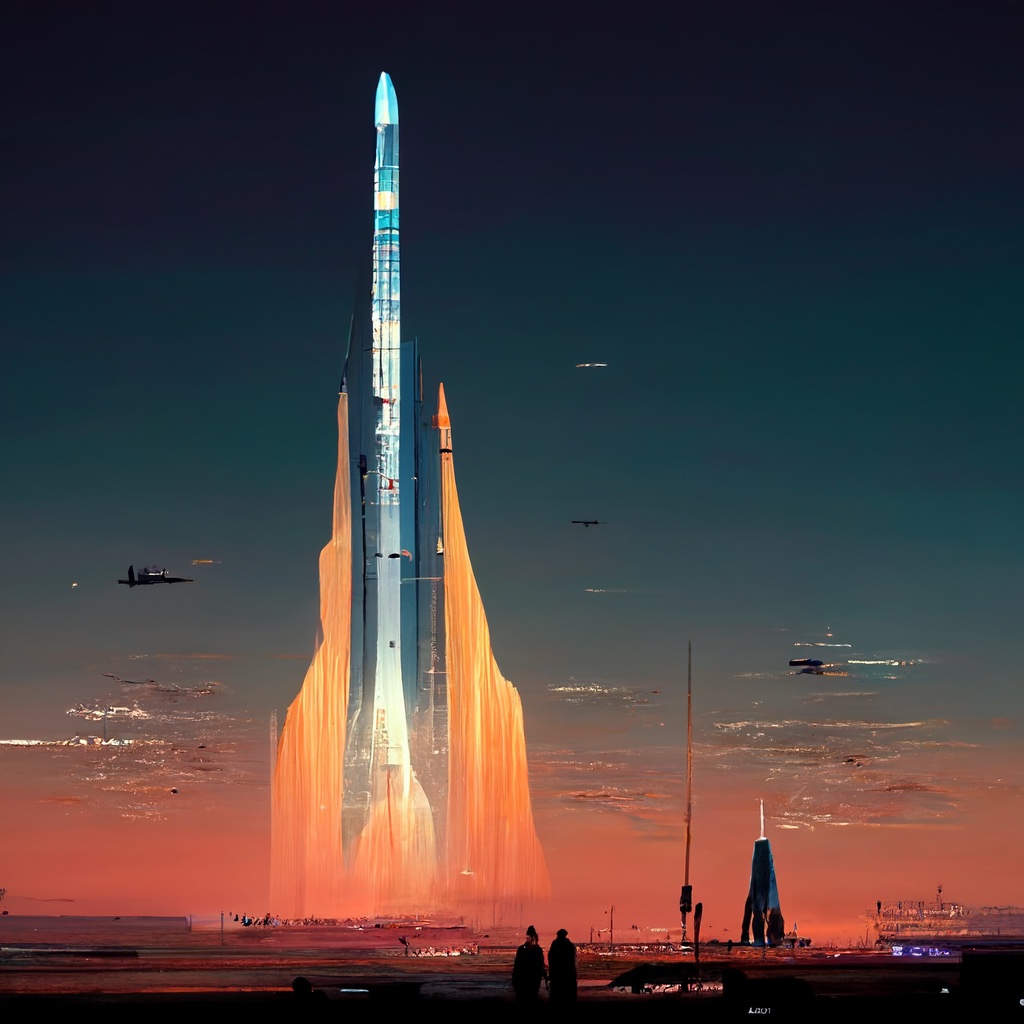 I was able to generate an image of a meteorite resting on the bottom of the ocean for a recent story, and I’ve tried a few more illustrations. It could work for stories with abstract concepts where there isn’t an existing image we could use.

Okay, fine, but what about images that are unscientific? Images that are fun. Now we’re talking. I’ve been using the AI to generate images for an Ars Magica game I’m playing with my son and his friends. 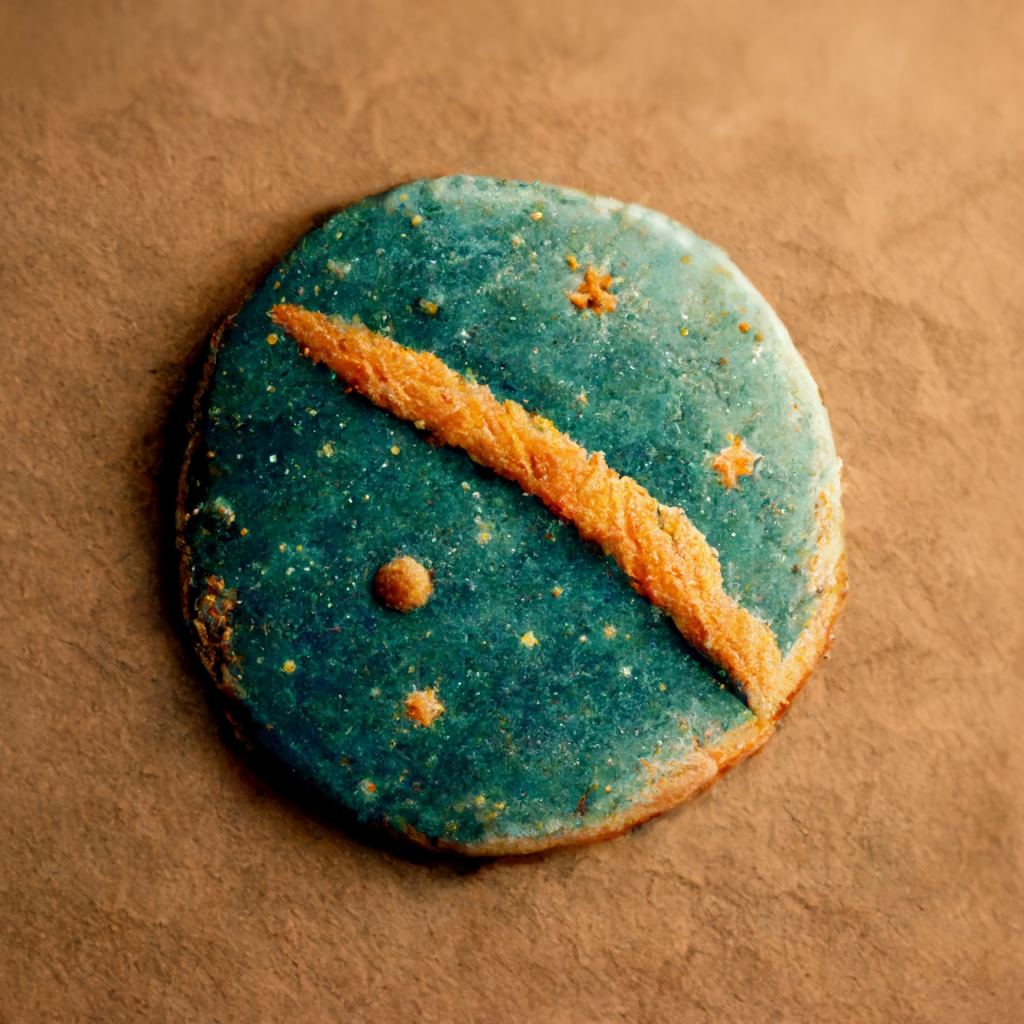 This was a tricky one, and it took a lot of attempts to come up with foods that were circular and also might look a little like Mercury. I tried pizzas and soups, but this one finally got the blue metallic sheen of Mercury as seen from MESSENGER.

Venus, as a bowl of soup. Credit: Midjourney AI

In our telescopes, Venus is a featureless yellowish ball, which sounded like some kind of butternut soup to me. I tried a few variations, and nothing clicked, but I think that’s more about how boring Venus looks than the ideas that the AI came up with. I chose something with more dramatic swirls in the clouds, even though it’s slightly less scientifically accurate. 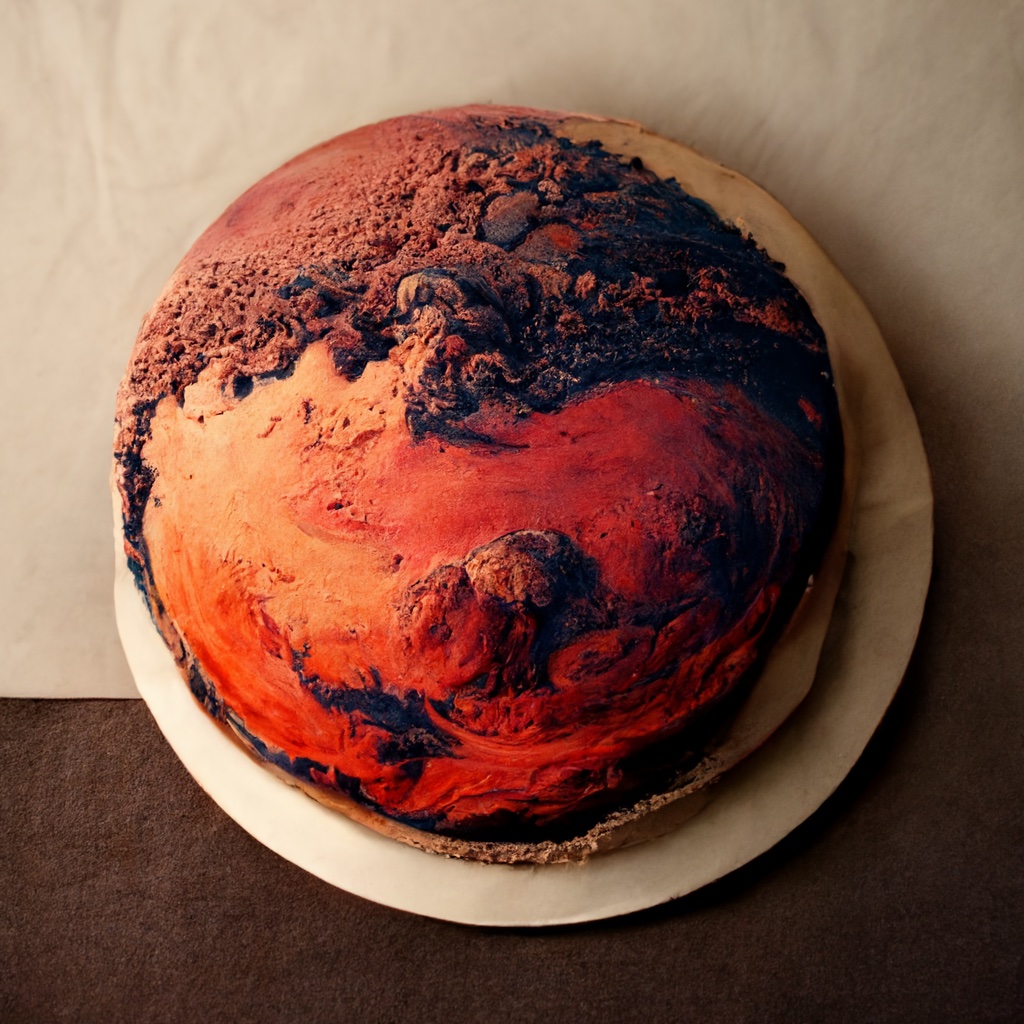 Bullseye. It’s not a cake, and it’s not Mars. But it’s a cake that makes you think of Mars. I loved this one and how tasty it looks. 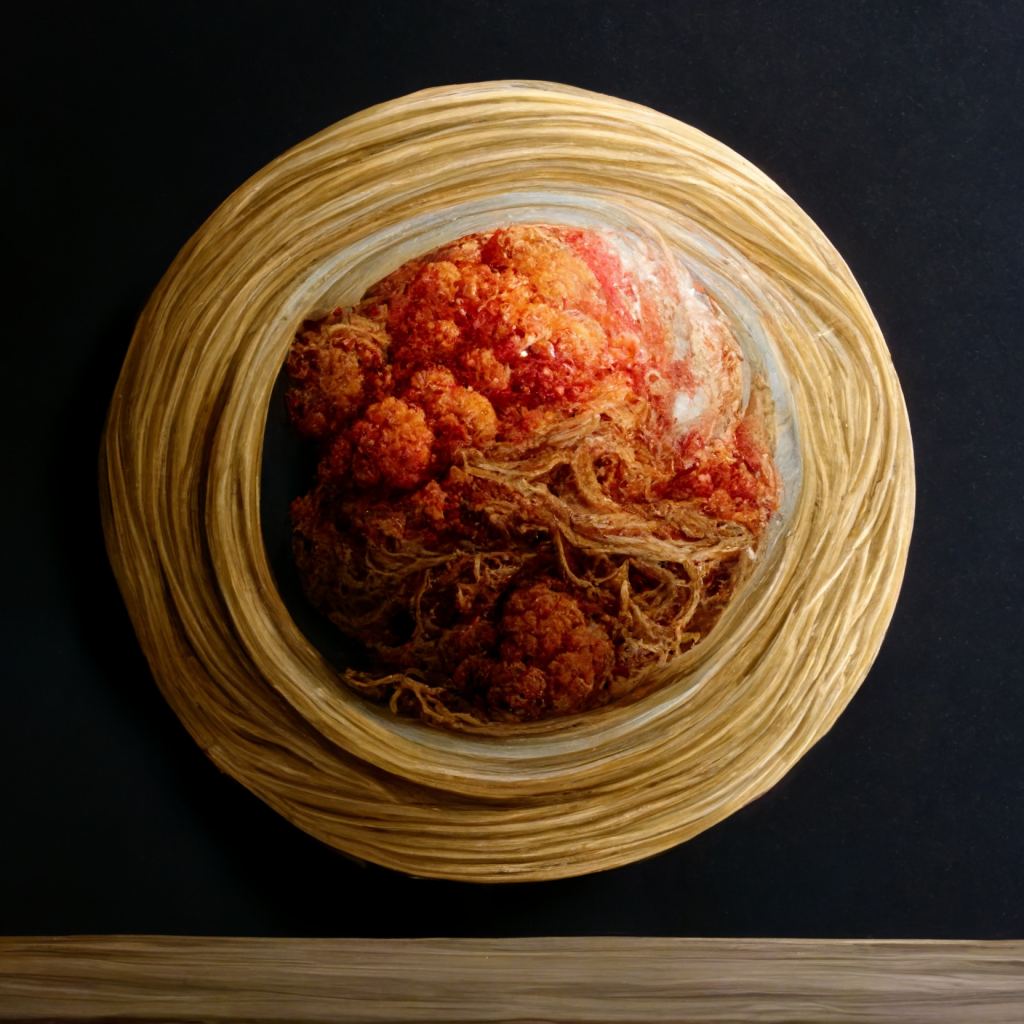 Saturn as a dish of spaghetti. Credit: Midjourney AI

Another great showing from the AI, in my opinion. It’s clearly a bowl of spaghetti and meatballs, but the noodles are arranged in a circular pattern that evokes the planet Saturn. 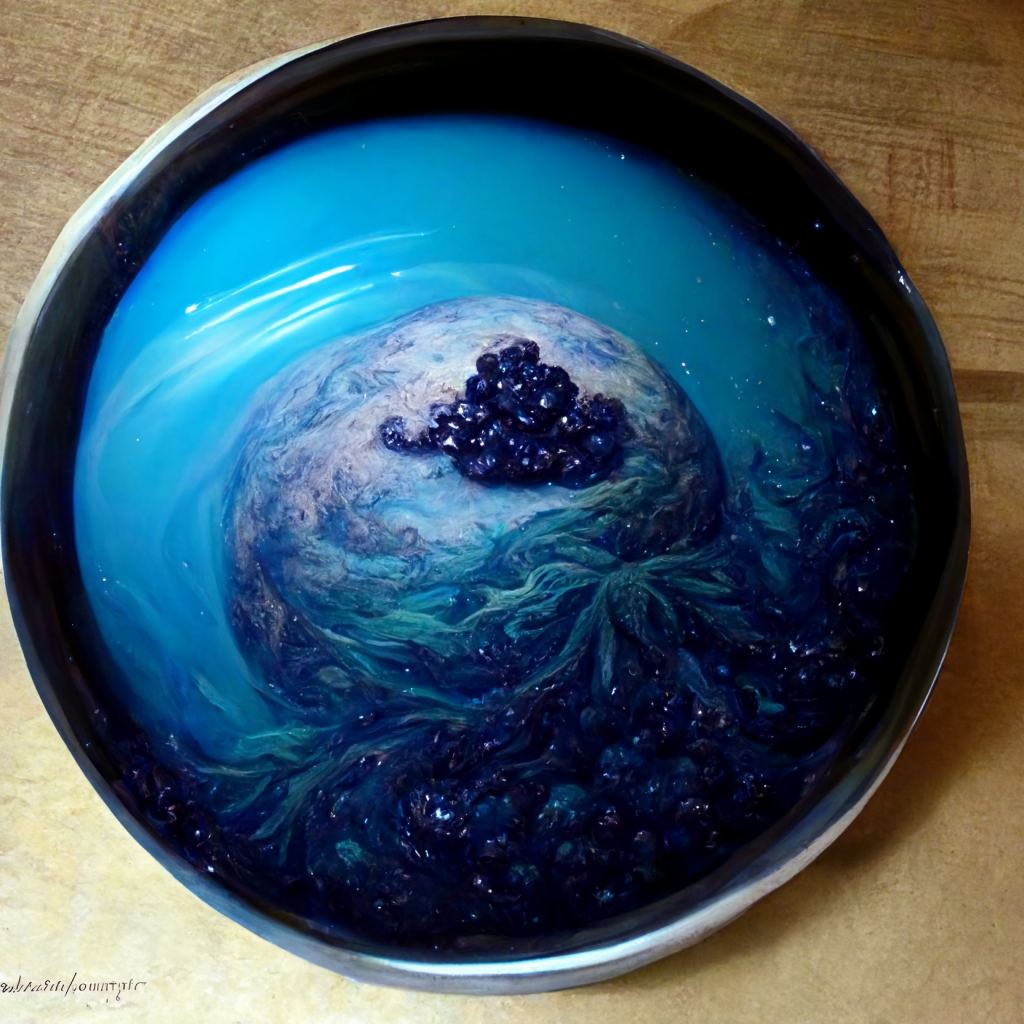 This one looks delicious. Blueberry ice cream with a blueberry garnish. I can only imagine what it tastes like. The presentation is fantastic. I like how the AI signed the bottom left-hand corner. Some kind of clue to its inspiration?

This is just a fraction of a much longer thread on Twitter where I was taking image requests. If you’ve got some ideas, just post a comment in the thread, and I’ll see what the AI and I can whip up.

I used Midjourney to imagine the Solar System as food. Here's Jupiter as a sandwich. pic.twitter.com/jnflIBTTHk

A few people pointed me towards a certain hoaxed chorizo version of Alpha Centauri captured by James Webb, and I promise it was a complete coincidence that Etienne and I both had astronomy food on the brain.

You’ll probably see more images from the AI here on newsastronomy.com, but I promise that we’ll clearly disclose the source as an artist’s illustration by an AI in the image caption. I know there’s a big discussion to be had about artists’ illustrations versus actual photographs, versus drawings, versus human-crafted art, versus artificial intelligence art.

For now, I think the best place to start is with silliness.

The post I Asked an AI to Dream the Solar System as Food appeared first on newsastronomy.com.