We look forward to this every year! The Astronomy Photographer of the Year competition showcases and recognizes some of the most stunning views of the night sky and astronomical objects. The shortlisted images from this year’s competition have now been released, and they include awe-inspiring scenes of the Milky Way, colliding galaxies, stellar nurseries, planets, nebula and the always photogenic Moon.

We’re featuring some of our favorites from this year’s competition here. The contest is operated by the Royal Observatory Greenwich, in cooperation with Liberty Specialty Markets and in association with BBC Sky at Night Magazine. In 2022, the competition received over three thousand entries from passionate amateur and dedicated professional photographers, submitted from sixty-seven countries.

This is the fourteenth year of this competition, which has nine categories, two special prizes and an overall winner. The winners will be announced at a special online award ceremony on Thursday September 15, 2022. The winning images will be displayed in an exhibition at the National Maritime Museum. There will also be a book available that showcases the winning and shortlisted entries.

Our lead image features a the Milky Way rising over a highway in Tibet on Mount Kula Kangri, taken by  Yang Sutie, for the People and Space catergory. The mountain has an altitude of 7,538 meters. In front of it, reaching an altitude of around 5,400 meters, is National Highway 219. It is the highest highway in the world. “To me, the stars and snowy mountains symbolize eternity,” Sutie said. 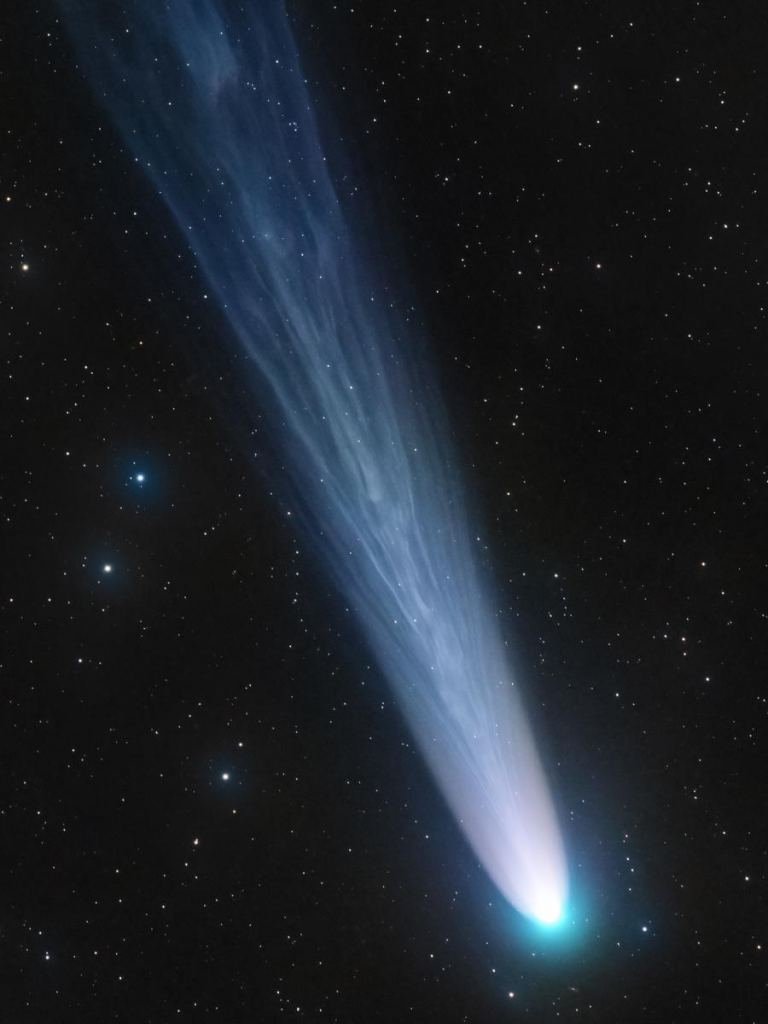 This stunning view of Comet C/2021 Leonard and its spectacular tail by Lionel Majzik was taken in Hakos, Khomas, Namibia, in December 2021. The most stunning comet of 2021 produced several major outbursts in the final days of the year. By then, the comet was only visible from the Southern Hemisphere, forcing northern astrophotographers to use the southern robotic telescopes. Majzik said he was able to book a quarter-hour of time on the popular 200-mm telescope from Skygems Remote Observatories in Namibia, and got lucky with good weather conditions during his allotted time. 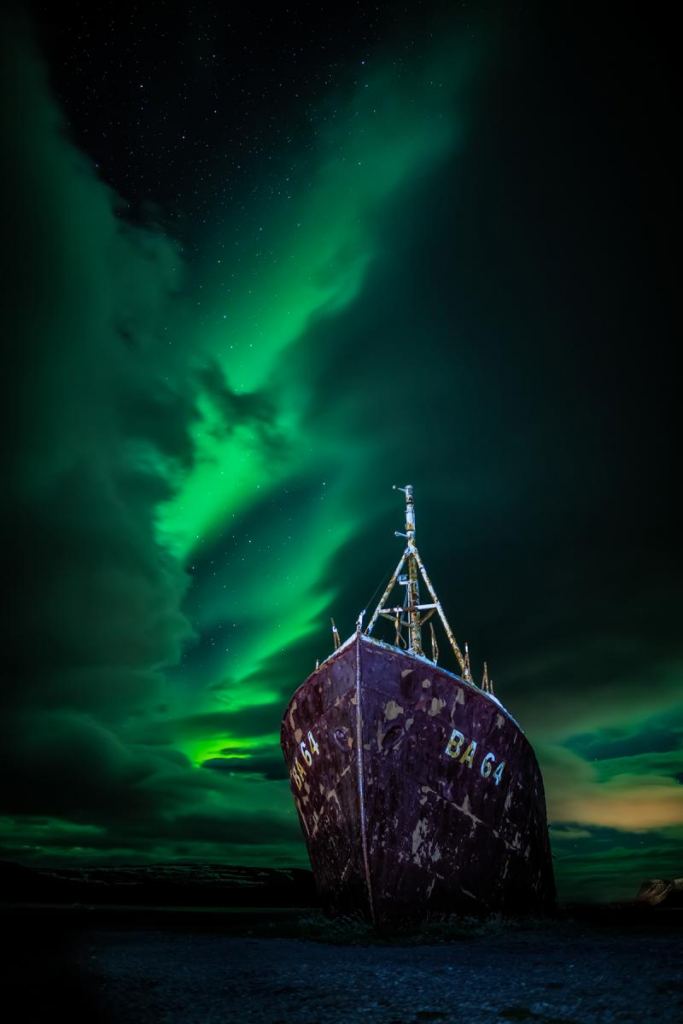 Aurora images don’t get any more stunning than this! Karl Gallagher took this single exposure shot in Patreksfjörður, Westfjords, Iceland, in March 2021. It shows a stunning green aurora over a shipwreck . The image was taken on the final day of a 9-day, 2,500-mile road trip chasing gaps in the cloud all over Iceland. “It was quite a powerful experience to see this rusting vessel, once a whaling ship, now sitting on the beach at the end of the fjord with the aurora just beginning to appear through gaps in the cloud,” Gallagher said. “Usually, I get quite irate with clouds, yet with this image I think they add a certain drama to the shot. I never stack, blend or stitch images – it’s just a simple, single, moment in time.” 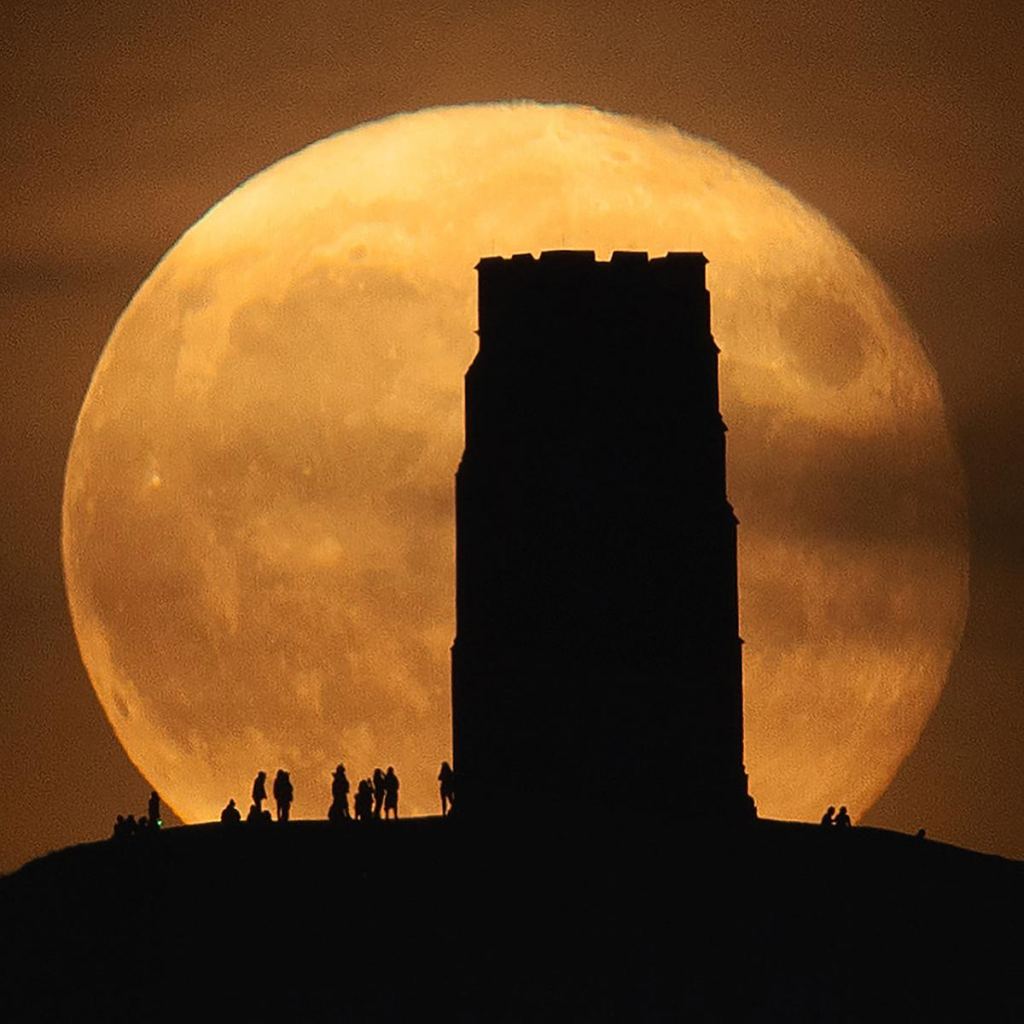 This glorious and historic view shows the harvest Moon in September 2021 in Glastonbury, Somerset, UK. Photographer Hannah Rochford said taking photos of the Moon is what led her into deep-sky astrophotography, and notes this is not a composite, but it is one image. “I took it with my 10-year-old, second-hand Canon camera,” Rochford said. “I took this from a few miles away from the Tor to get that ‘gigantic’ Moon look.” 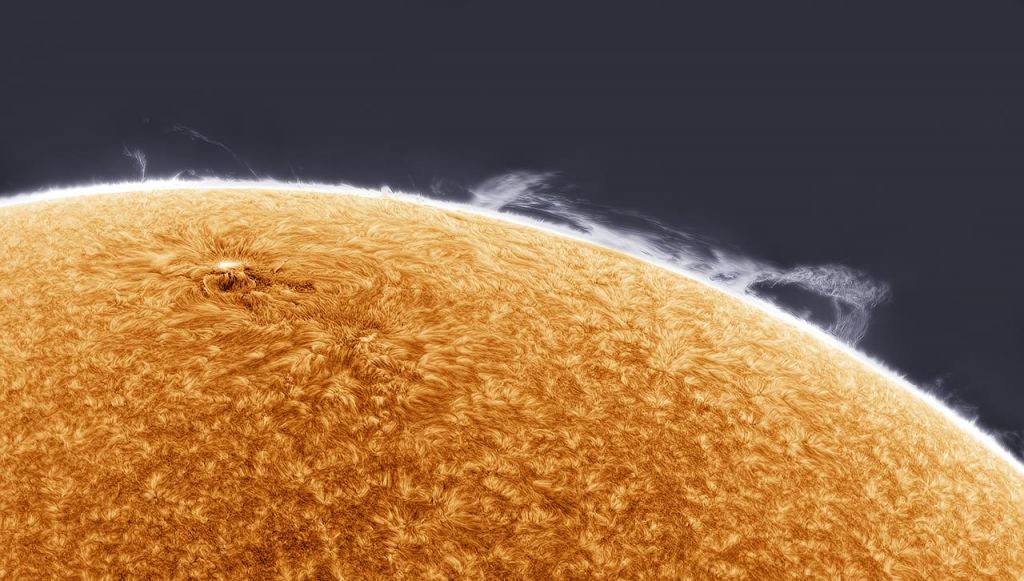 Clouds of Hydrogen Gas by Simon Tang, Our Sun category.

Simon Tang took this shot from Los Angeles, California, USA in October 2021, showing prominences on the limb of the Sun. Tang said this image was built up with several captures and stitched together to create a high-resolution final image. Color was added for dramatic effect. 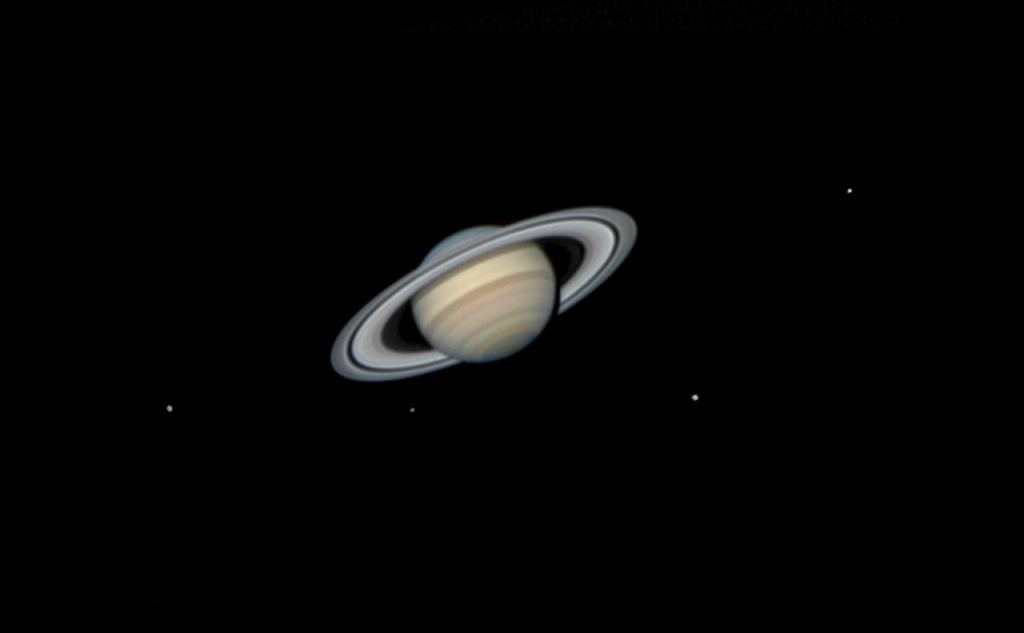 This image was taken by Flávio Fortunato in Maceió, Alagoas, Brazil, in August 2021, showing Saturn surrounded by its moons. “I was lucky enough to capture it at a time when the moons were distributed almost symmetrically around the planet,” Fortunato said, “helping to make the composition harmonious. It was an exciting photo to capture, because the atmosphere during the night was very calm and I knew that the final image would be of a quality beyond that of the photos I had been taking on turbulent nights.”

These are just a few of the stunning photos in this year’s Astronomy Photographer of the Year competition. You can see all the shortlisted image here, and check back on September 15 when we’ll feature the winners.

The post Here's the Final Shortlist for Astrophotographer of the Year 2022 appeared first on newsastronomy.com.